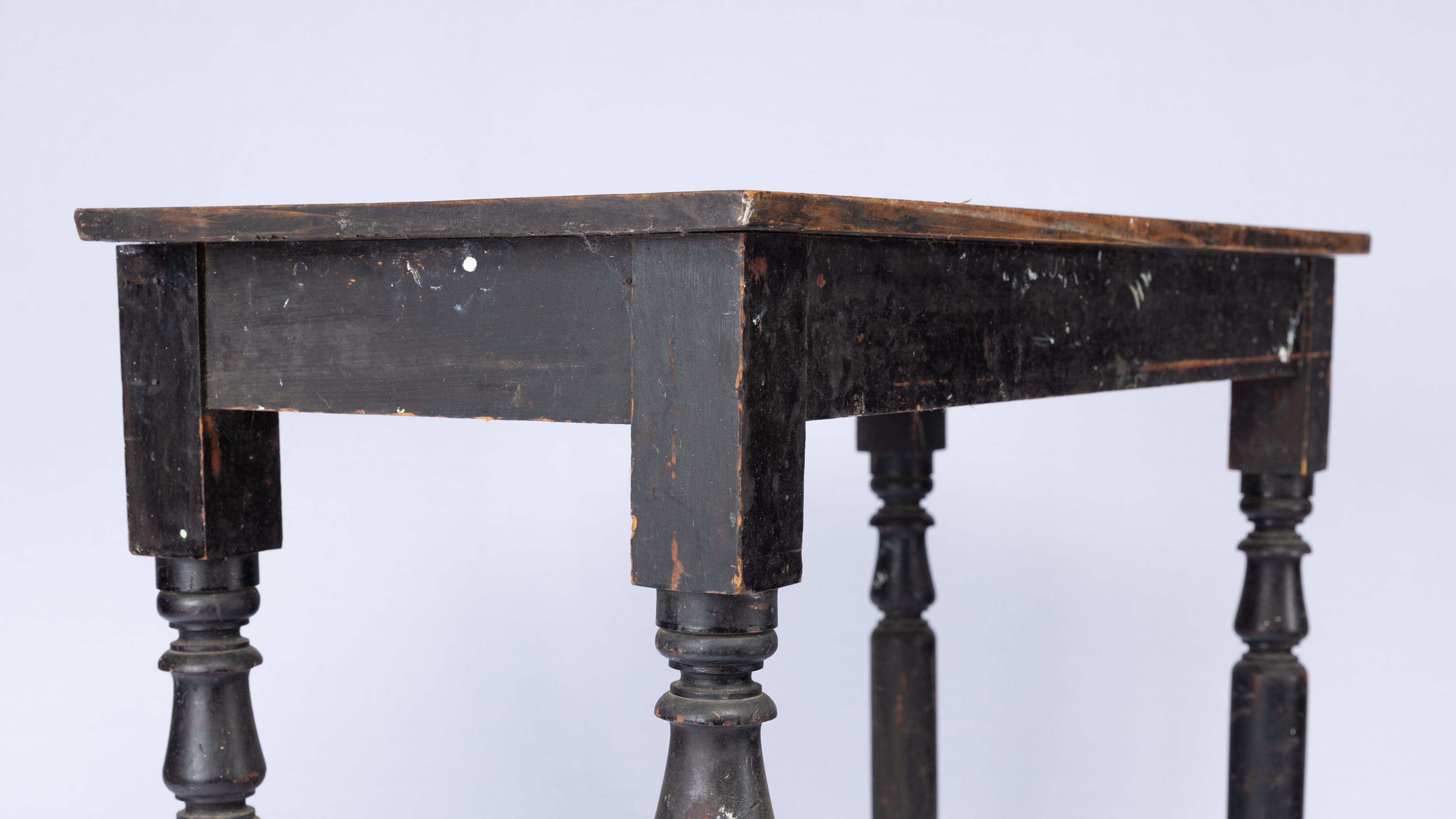 This humble table played a simple role in a not-so-simple house, for two not-so humble families. It was used for ironing at Duckenfield Park House, a grand colonial home in Morpeth. Built in 1853-4 by John Eales (1799-1871), said to be the wealthiest man in the colony, the 45 roomed mansion was later occupied from 1871 by his son (and family), also John Eales (1831-1894), a member of the NSW Legislative Assembly.

Located on the riverbank, Duckenfield could not be missed by passengers of the Hunter River Steam Navigation Company’s ships. Eales established the profitable company in 1839, which, along with his other business successes, helped finance construction of his grand home. And John junior made it even more opulent, with elaborate finishings and furnishings, orchard, conservatory, fountain and Turkish bathhouse.

In the scullery sat this small table, probably covered in a woollen blanket and positioned near a wood fire stove on which flat irons were heated. The families’ maids used it to iron every garment and piece of linen that required flattening, to keep the members of the family looking as smart and splendid as their home.

Before the folding ironing board was invented in the 1860s, any table or board made do. But domestic housekeeping books suggested that it should be made from pine, for cleanliness, just like the top of this table. Its legs, however, are red cedar, indicating that it was probably made locally from the ‘red gold’ timber which commonly grew around the Hunter region.

This ironing table is one of the few surviving remnants of that magnificent mansion, which stood for only 65 years before it was sold and demolished. 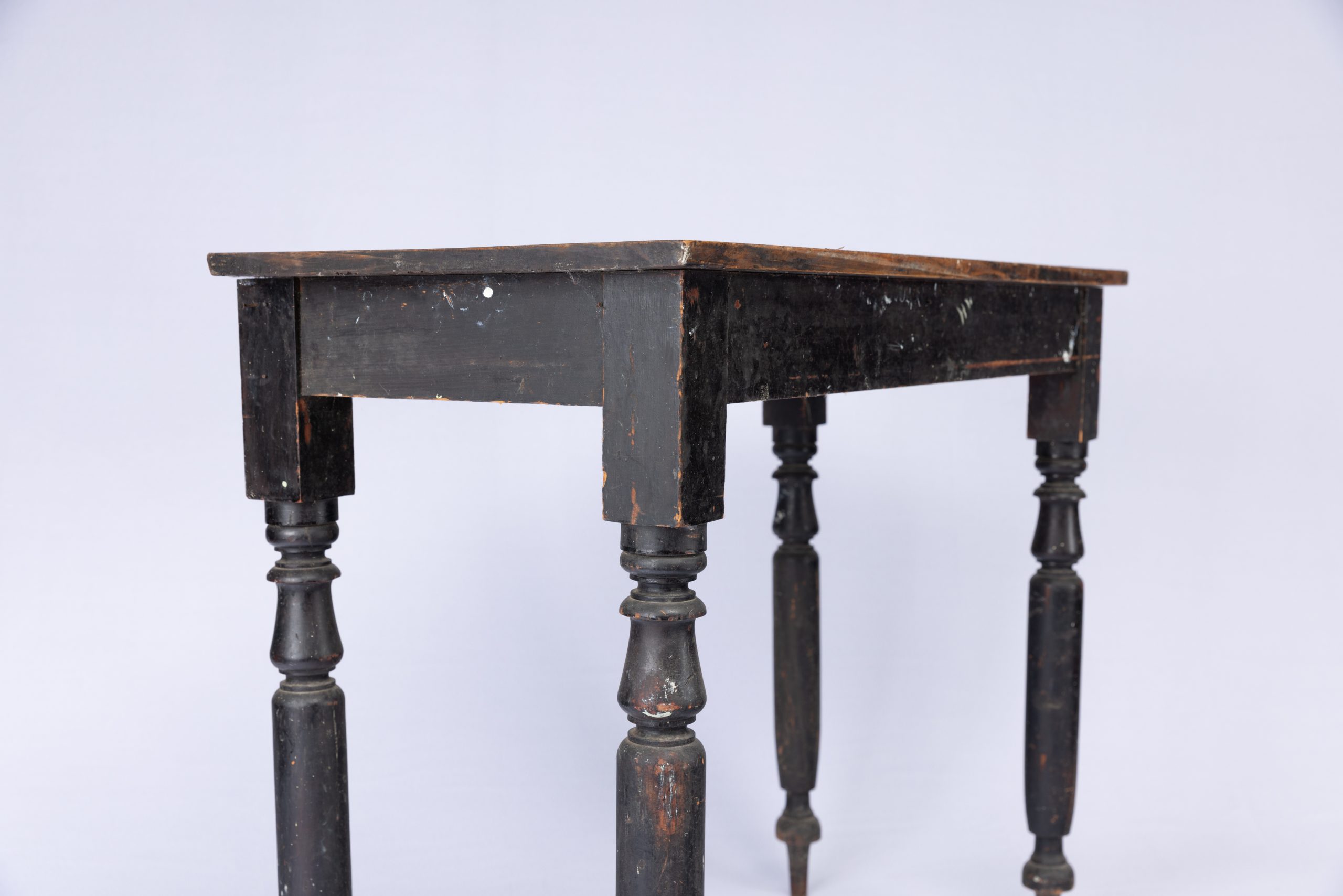 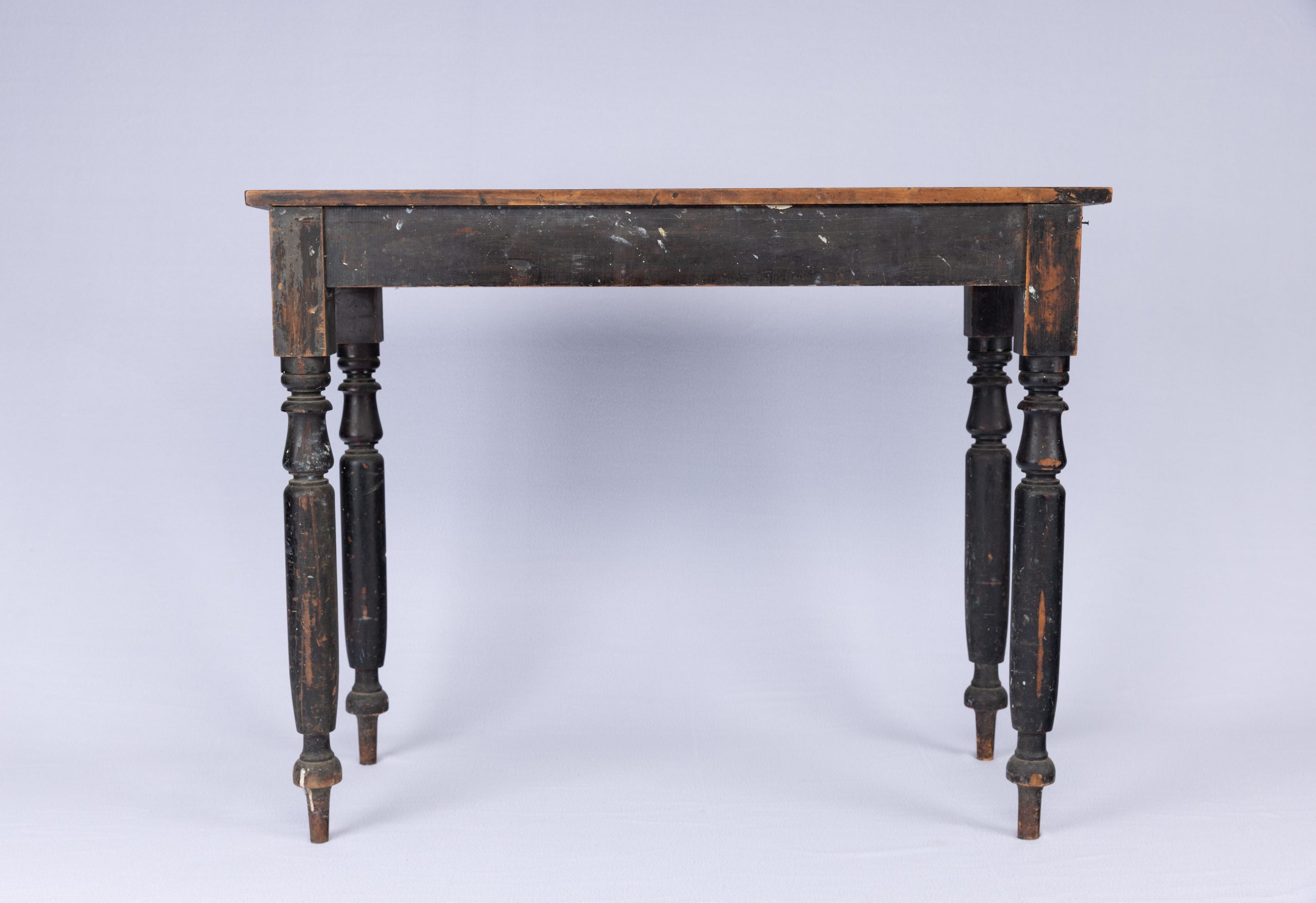 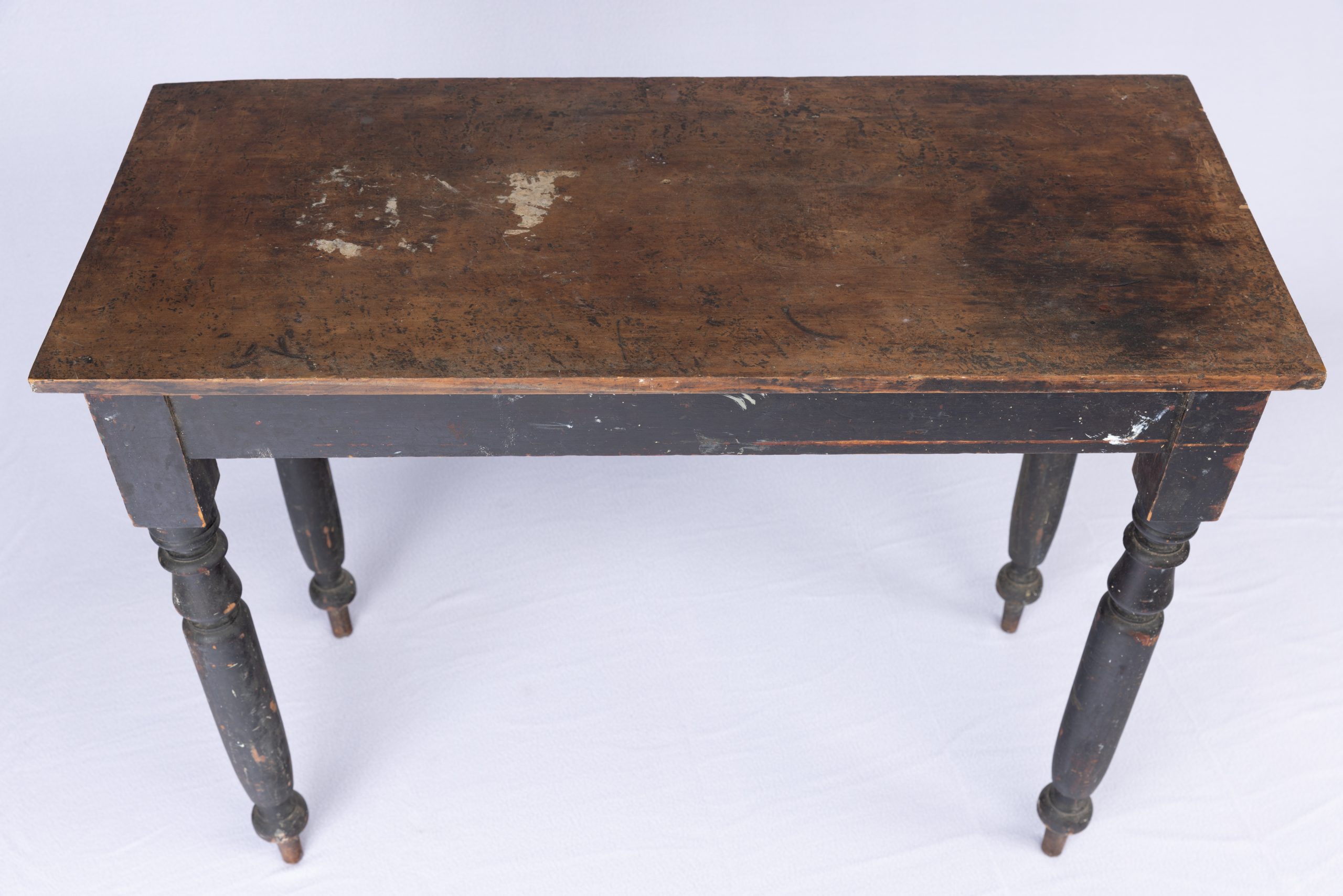