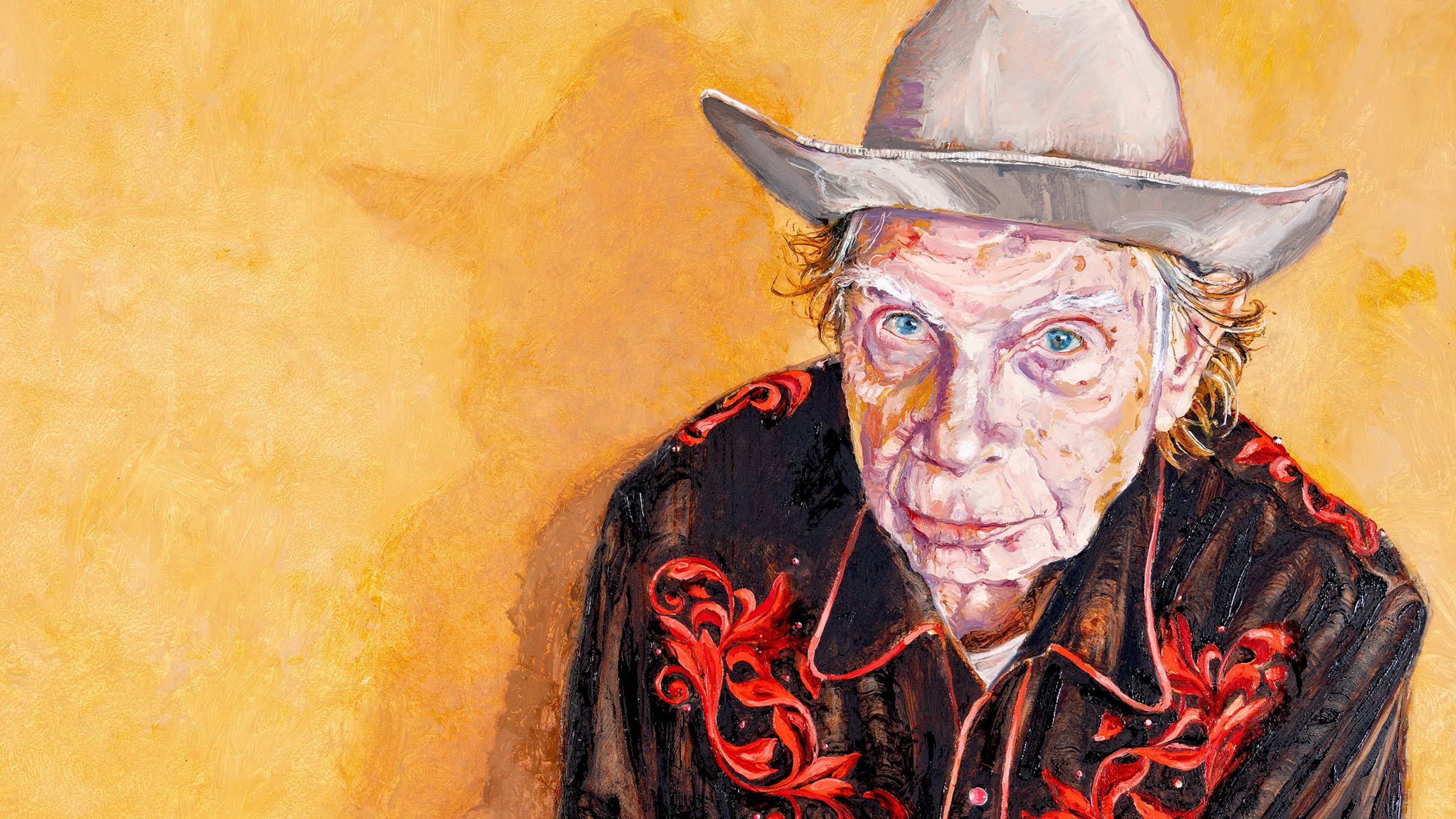 Known affectionately as the ‘first Clown Prince of Australian country music…’, Chad Morgan was inducted into the Australian Country Music Roll of Renown in 1987. His colourful career as a unique entertainer and ‘larrikin’ country singer began in 1952 as a finalist on the Australia’s Amateur Hour radio show. A subsequent recording contract delivered his smash hit The Sheik of Scrubby Creek.

Motivated by sudden stardom, Morgan continued writing, recording and performing his distinctive Australian comic songs depicting life in the Australian ‘bush’ for the next 70 years, working with other Australian music stars such as Slim Dusty, John Williamson and Gordon Parsons.

The Australian artist Peter Hudson (1950-) has a deep fascination with the natural world, seeking to explore ideas around astronomy, mythology and history through his landscape paintings that attempt to understand ‘the deep mystery of existence and us being here’. In his portraits, he paints the heroes he admires. As a musician himself, Hudson is understandably drawn to performers and has made portraits of Paul Kelly, Shane Howard, Kev Carmody, Archie Roach, Neil Murray and a previous painting of Chad Morgan.

This depiction of the ‘lovable lad’,  painted in 2019, shows Morgan in one of his distinctive cowboy shirts and hat. Echoing an earlier portrait the artist made in 2013 held in Canberra’s National Portrait Gallery, in this work Chad appears serious but there is a hint of amusement in His eyes and at the corner of his mouth. Maybe Morgan was remembering the naysayers who labeled his first success a ‘one-day-wonder’ that would never be heard of again.

portrait in oil, on linen on board

portrait in oil, on linen on board