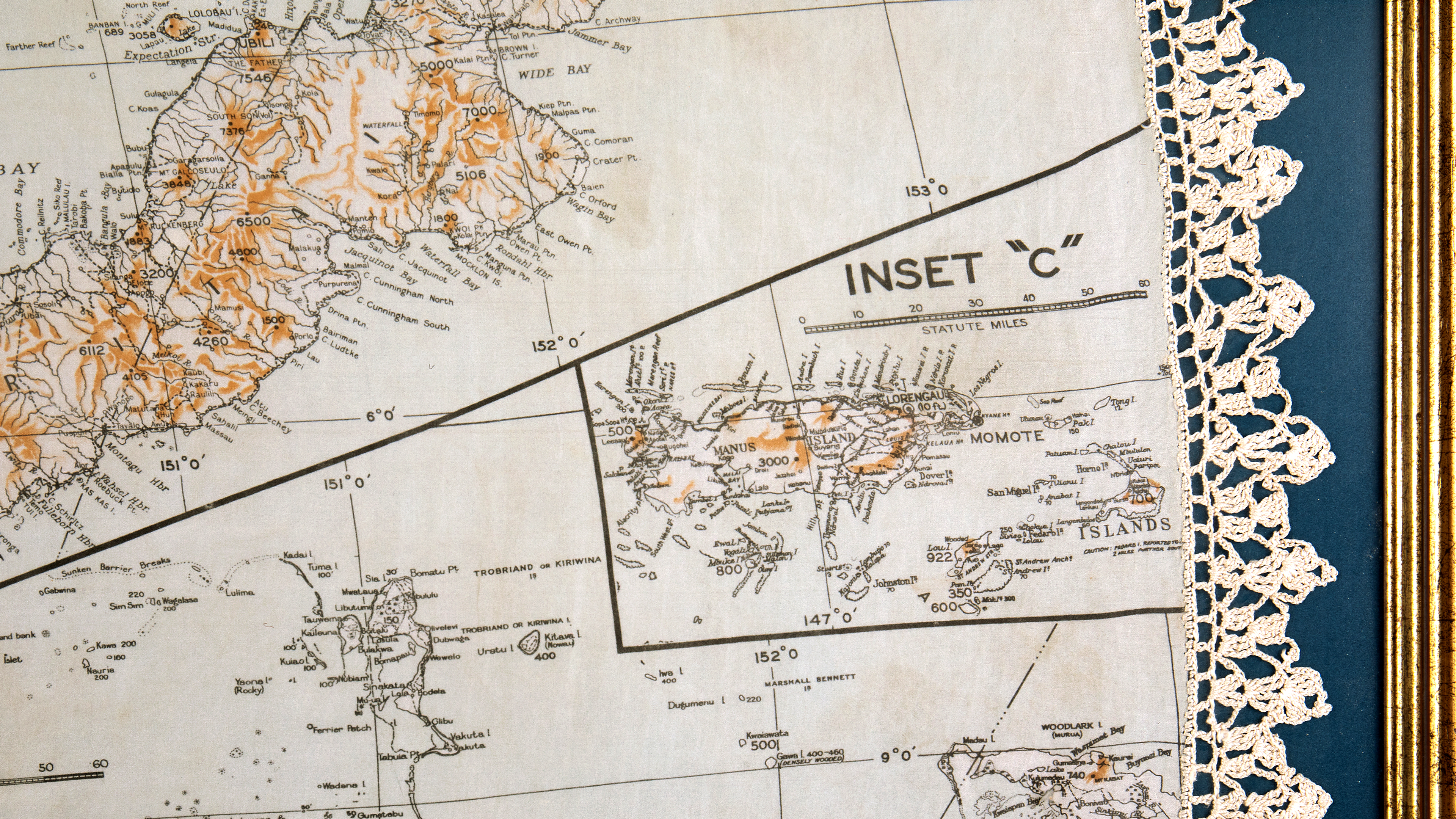 A Most Important Accessory

An Escape Map Scarf From WWII

At the start of WWII a British military intelligence division formed to support the war effort. One of their key objectives was to assist prisoners of war to escape if caught behind enemy lines. A range of escape and evade equipment was created, including silk maps, of which the creator Clayton Hutton described as ‘the escaper’s most important accessory’. They could be easily worn and concealed, were lightweight but durable and, unlike paper maps, they were waterproof.

This scarf was issued to Officer Tom Jaglan when he was deployed to New Guinea in 1942, to defend against the Japanese invasion. John Beaven was his mechanic who serviced and repaired his plane during the time both men were stationed there. When the Japanese surrendered, Tom gifted the scarf to John in appreciation of his work to keep his plane in an airworthy condition while they were in New Guinea.

Silk was a rare and precious material during wartime, so many silk escape map scarves were refashioned into everyday items of clothing or repurposed as homewares. In the case of this scarf, John’s mother Sarah carefully crafted a crochet edge around the keepsake. John’s daughters Carol and Sue donated the scarf to the Moonbi Museum, following their father’s wish. 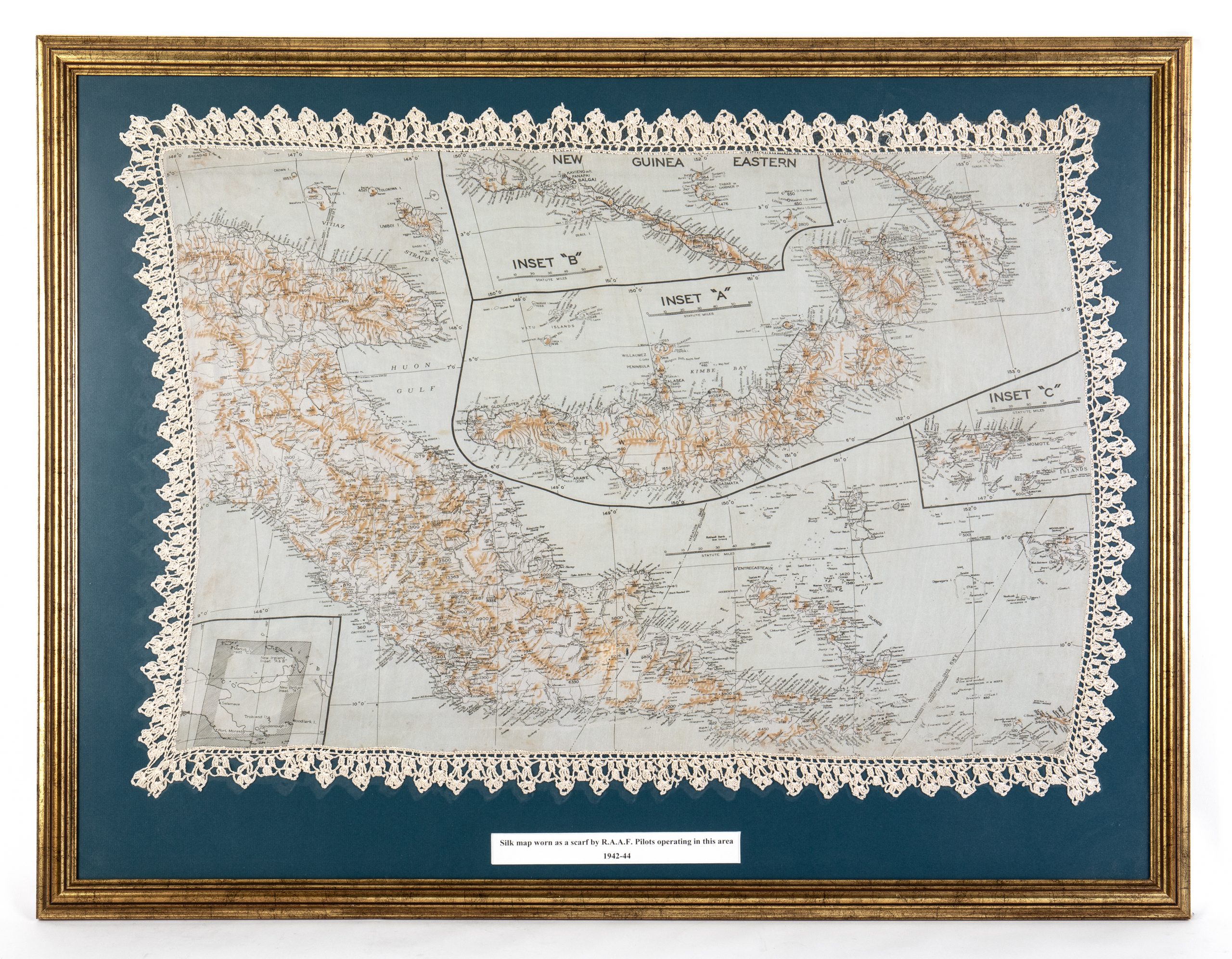 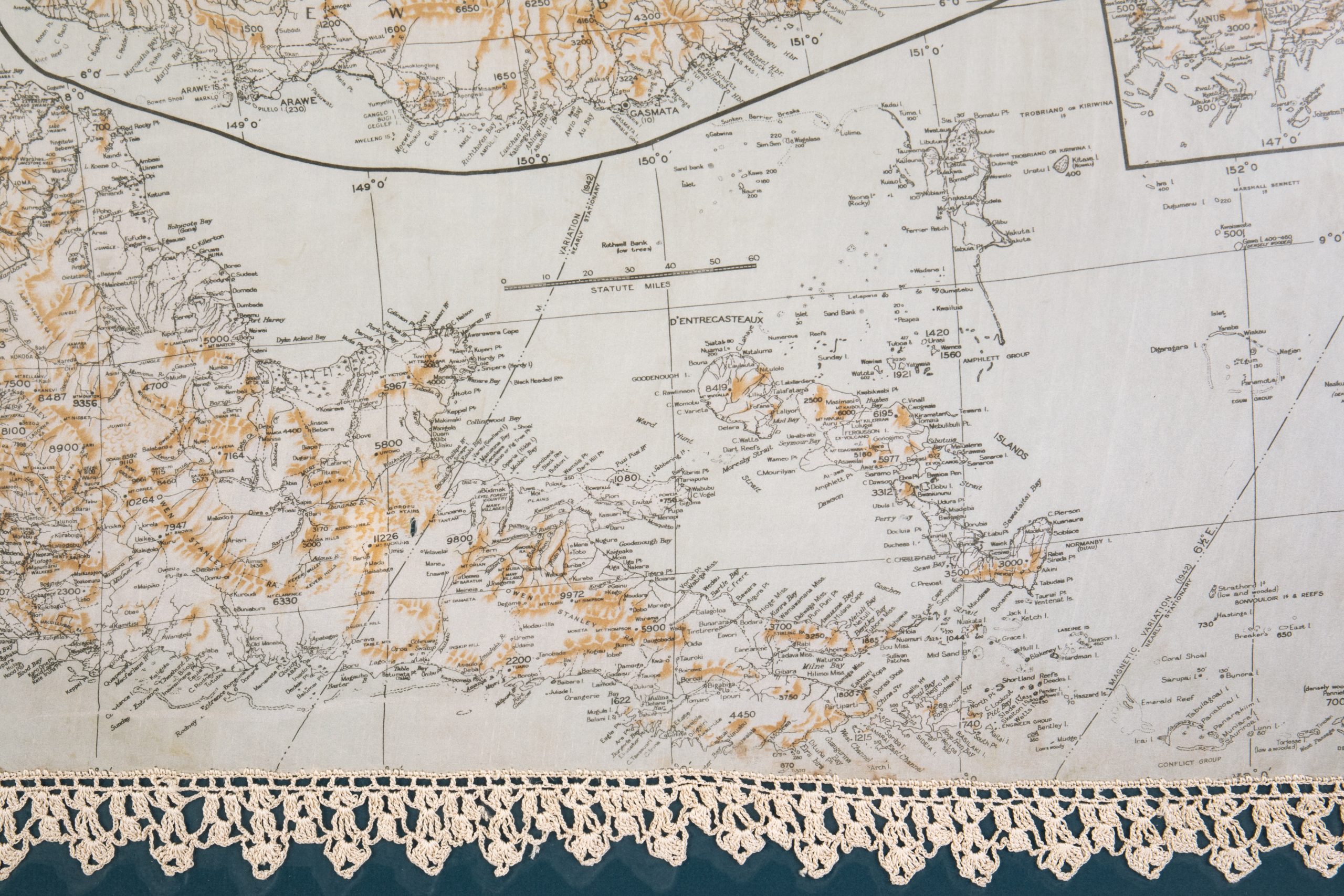 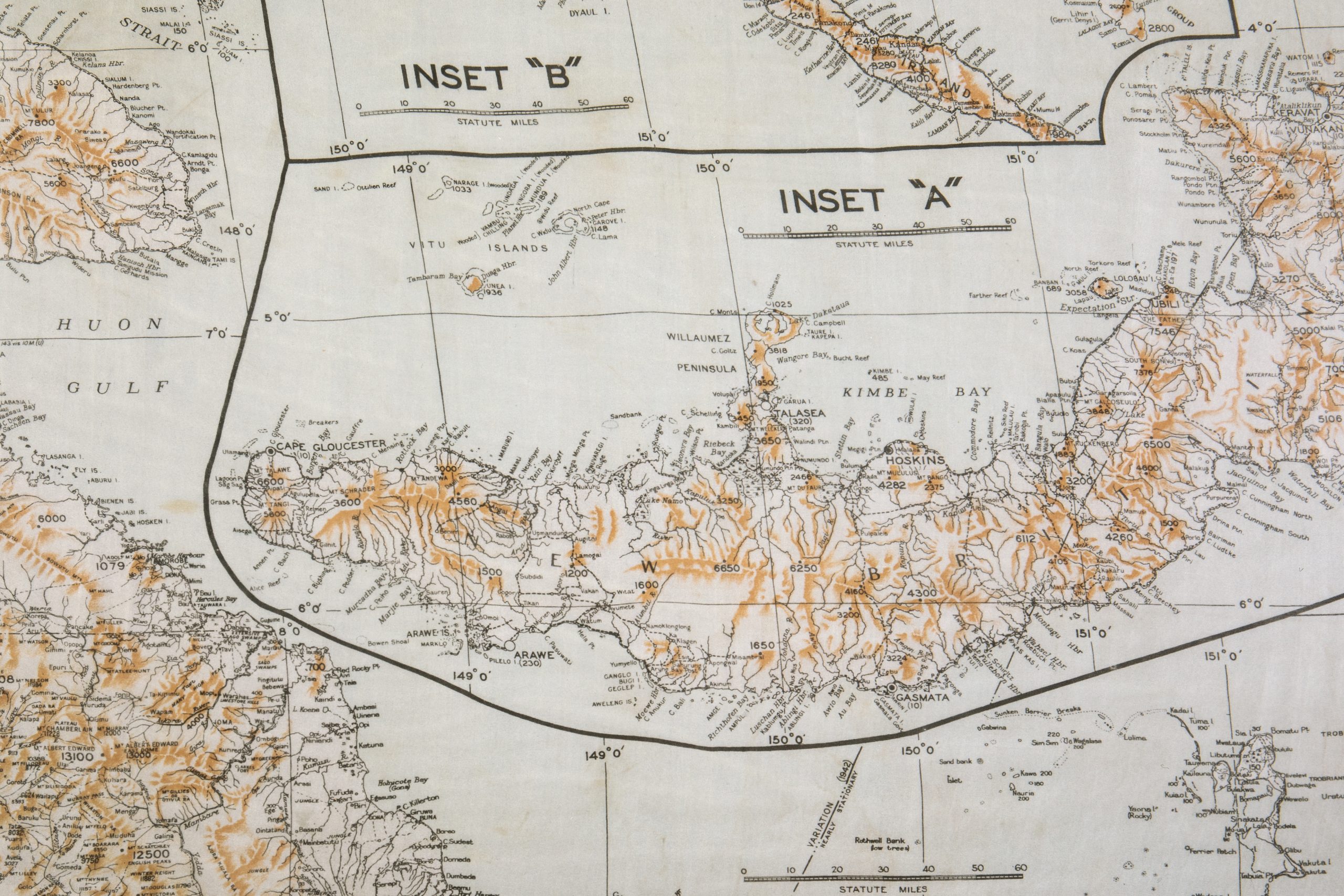 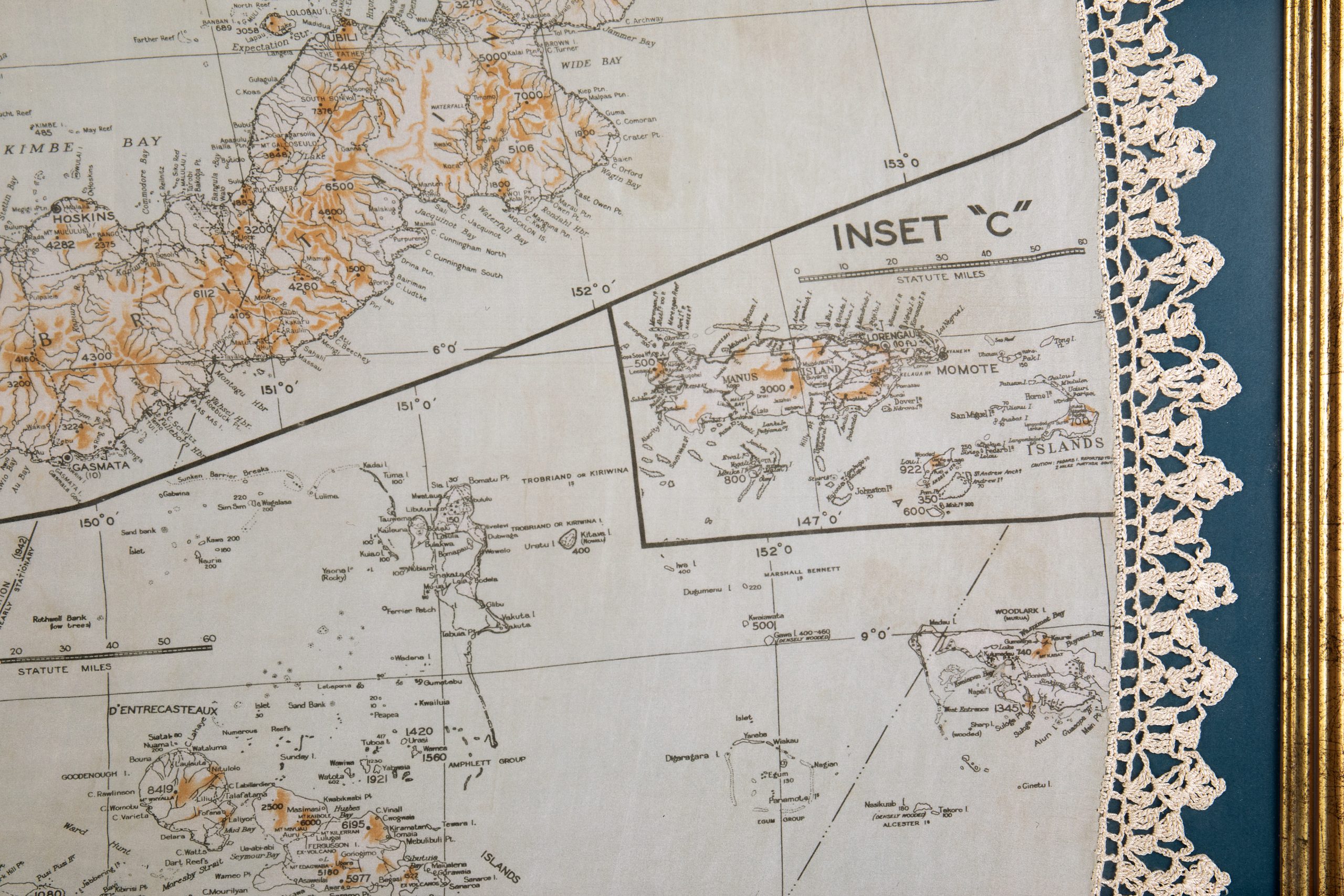 The Moonbi Museum is located in the village of Moonbi, on Kamilaroi Country, in the New England and North West region of New South Wales.

The museum opened in 2010, occupying the corrugated iron shed that previously housed the town’s fire engine.

Among its collection and displays are historical photographs and objects associated with the Moonbi district, with a special focus on its sporting and racing past, dating from 1856 to the present day. 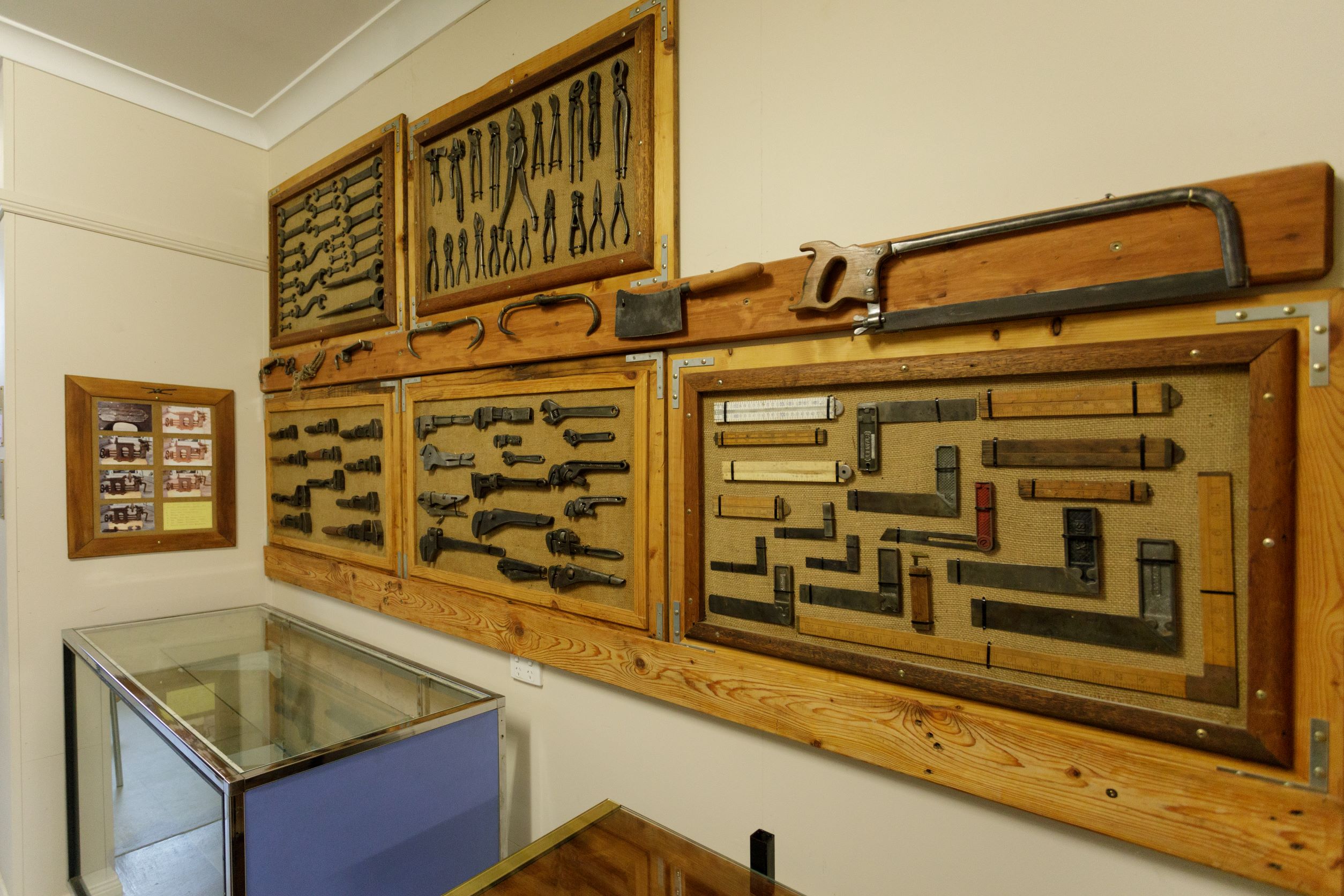