Machine sewn and finished by hand, this silk blouse was expertly made. But its maker will forever remain anonymous, since it was made in a time of slow stitching and slow fashion, when clothes were made with great care and usually had no labels identifying makers.

Nor were any records kept about who wore the blouse. But its high lace collar, lace cuffs and full sleeves gathered into tight cuffs were typical of the Edwardian era, dating it to between the 1890s and about 1905. We know that Ena Slater, a well-known identity of the town of Berry, kept this beautiful blouse in her personal collection for many years, before donating it to the Berry Museum. But why did Ena treasure it and keep it safe for so many years?

Ena was born in 1908 and lived with her parents Joseph and Emma Tredinnick on their farm, ‘Sunnyside’ at Tenterfield, NSW. By the 1930s, the family were living in Picton, where Ena met Frank William Slater (1914-1980). They married in 1942 and later lived at Miranda in the Sutherland Shire before moving to Berry about 1958, where Frank took up the position of rector at Luke’s Anglican Church.

The style suggests the blouse was probably made before Ena was born, so it seems most likely that it belonged to her mother, Emma Tredinnick (née Patching) (1869-1952). Living in rural New South Wales, where access to ready-made clothing was limited, perhaps Emma made this blouse herself, wearing it on special occasions with the obligatory corset underneath, that gave her a fashionably tiny waist and a pigeon-like ‘monobosom’. It may have been after Emma’s death that Ena kept it, as a reminder of her mother. 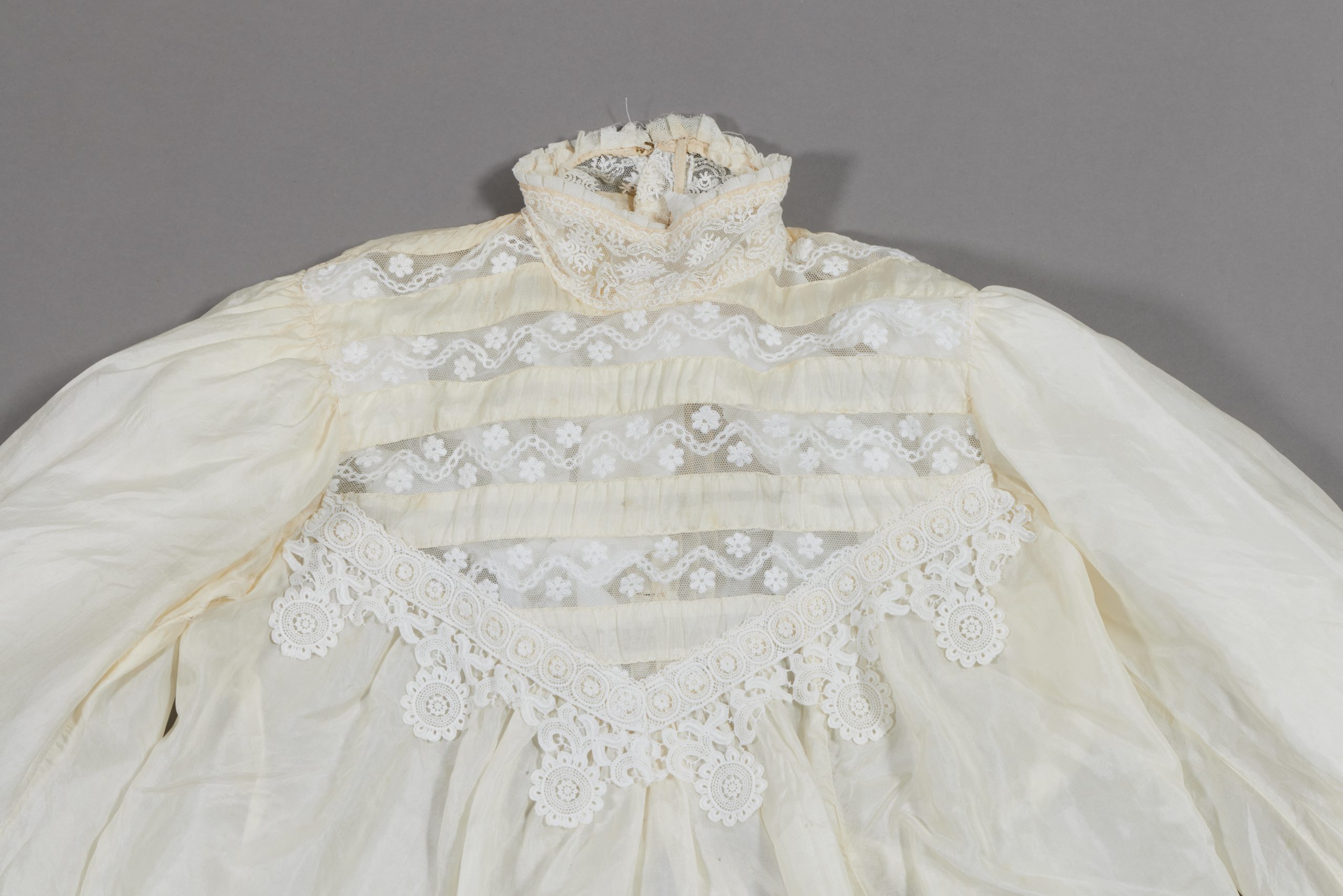