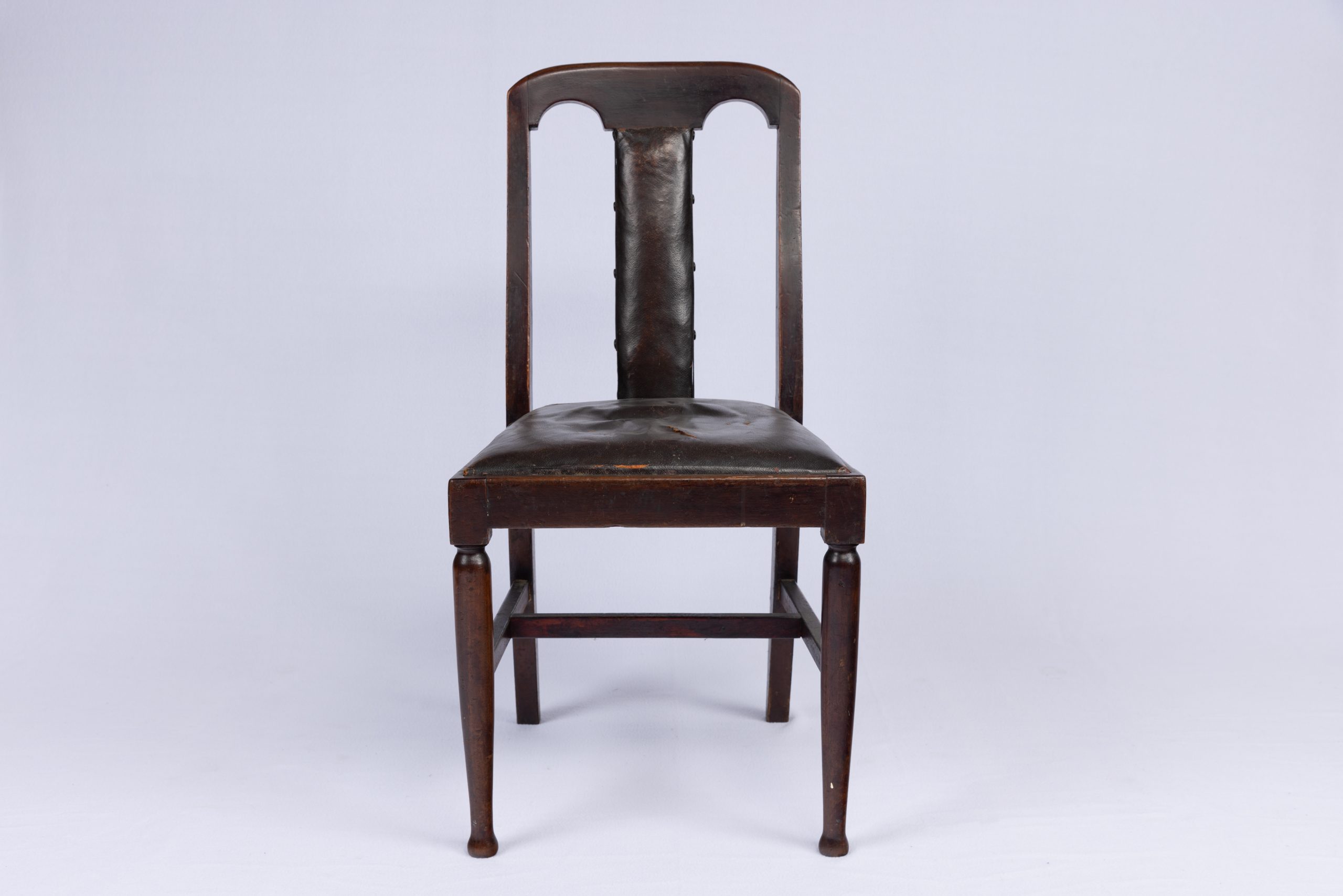 A Tall Tale or True?

Sometime in the 1780s, or even earlier, a furniture maker in England put the finishing touches on this utilitarian chair with its simplified fiddle back. He painted it with shellac and used his hammer to drive in iron tacks to secure the brown leather upholstery and to stamp the letters ‘S’ and ‘L’ (perhaps his initials) in the timber under the seat. The chair itself reveals this part of its life. But what happened to it next, we only know from a story that has persisted as the chair was passed from generation to generation, and from facts we now know that seem to fit that story.

Bruce Tindale had been told by his father, who had been told by his father in turn, that this family heirloom chair was used on HMS Sirius by Captain John Hunter (1737-1821), on the First Fleet that sailed to NSW in 1787. Hunter supposedly gave the chair to John Tindale, his childhood friend or cabin boy, in 1795. The words ‘CAPT. HUNTER.’ were inscribed roughly with pen and ink under the seat, probably by one of his descendants, with the intention of recording the chair’s famous original owner.

John Hunter was born in Edinburgh and spent some of his childhood in Norfolk, England. Did he meet John Tindale (also spelled Tindall) there? John was not among the convict passengers or crew of the First Fleet. But the chair may well have been on board.

On ships of the Royal Navy, the captain owned his cabin furniture. So, when Hunter left the colony on Sirius in September 1788, circumnavigated the globe and returned in 1789, the chair would have gone with him. In March 1790 Hunter sailed Sirius to Norfolk Island, where she was famously wrecked on the reef. He recorded how the crew threw overboard ‘Articles of both Public & private property… entrusted to the Chance of being thrown on shore by the Surf… many Valuable Articles of Mine & some of the officers were lost, being too heavy to float…’ Was this chair one of Hunter’s possessions that floated ashore that day? Or was it among the other items rescued in the following days and weeks? At least one of Hunter’s possessions was saved – his spy glass – which he used on the island to observe a passing ship.

The chair probably then stayed with Hunter on future voyages, sailing with him to England in 1791-2, and returning to the colony in 1795 on HMS Reliance, when he began his term as Governor of NSW. No list of crew members has survived, but was Tindale the cabin boy on that ship?

The first colonial population muster ordered by Hunter himself in 1795, would confirm if John Tindale lived in the colony at the time, but it has not survived. But maybe he had remained on the Reliance as crew, which sailed to the Cape of Good Hope, returning to Sydney with supplies in 1797? No John Tindall is listed in the 1806 muster. Several John Tindalls appear in the 1811 and 1822 musters, but all of them were convicts who arrived between 1810 and 1815. One died in Penrith in 1835 at age 53. Born in 1781, he would have been 14 years old in 1795 when Hunter sailed for the colony – a perfect age for a Royal Navy cabin boy.

Captain Hunter probably did own this chair, but time has destroyed the evidence and obscured chapters in the story. It may be one of the earliest surviving pieces of furniture used in Australia and rare material evidence of that milestone period in Australian history. Certainly, it is a very old chair, which likely sailed the seas on many voyages. 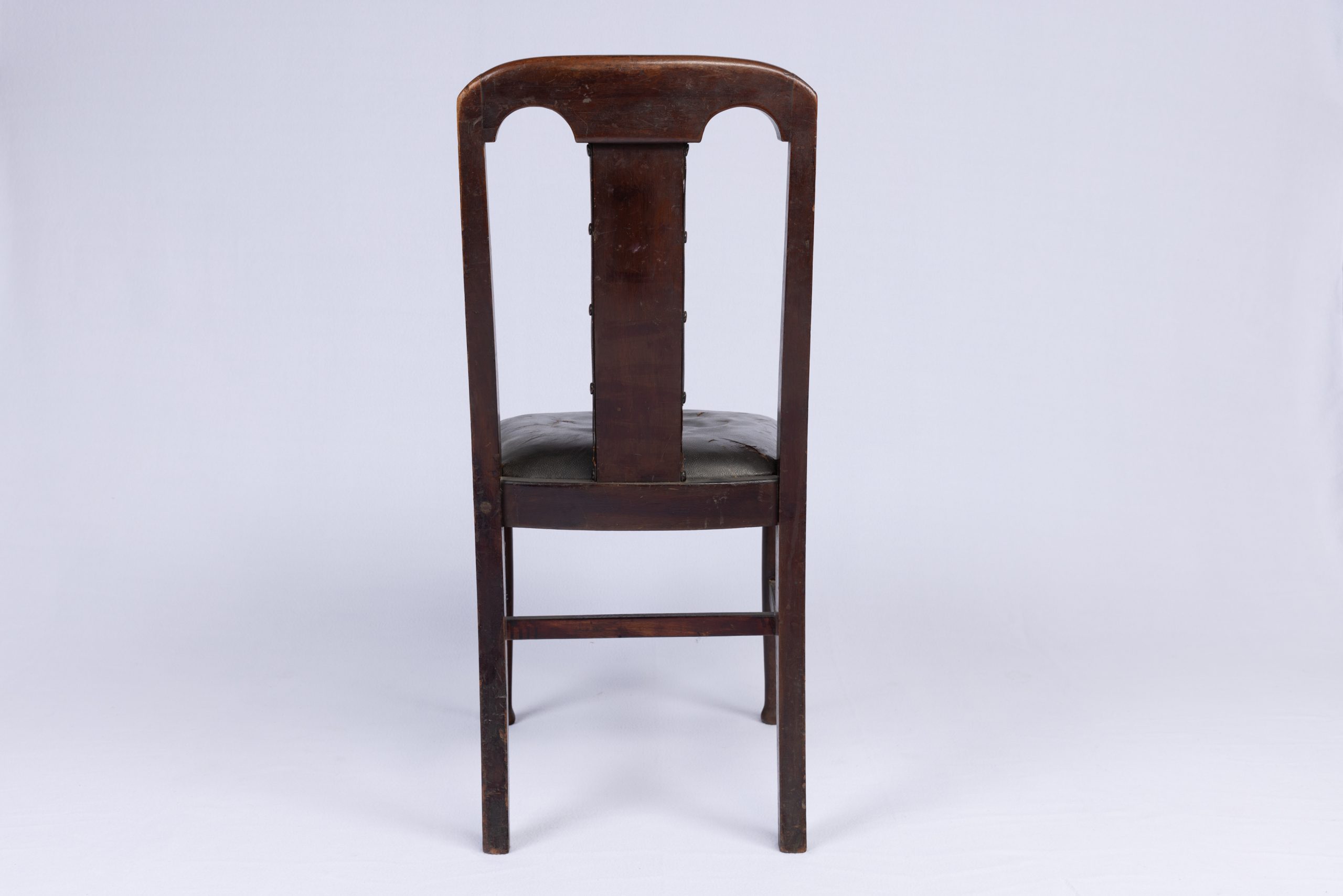 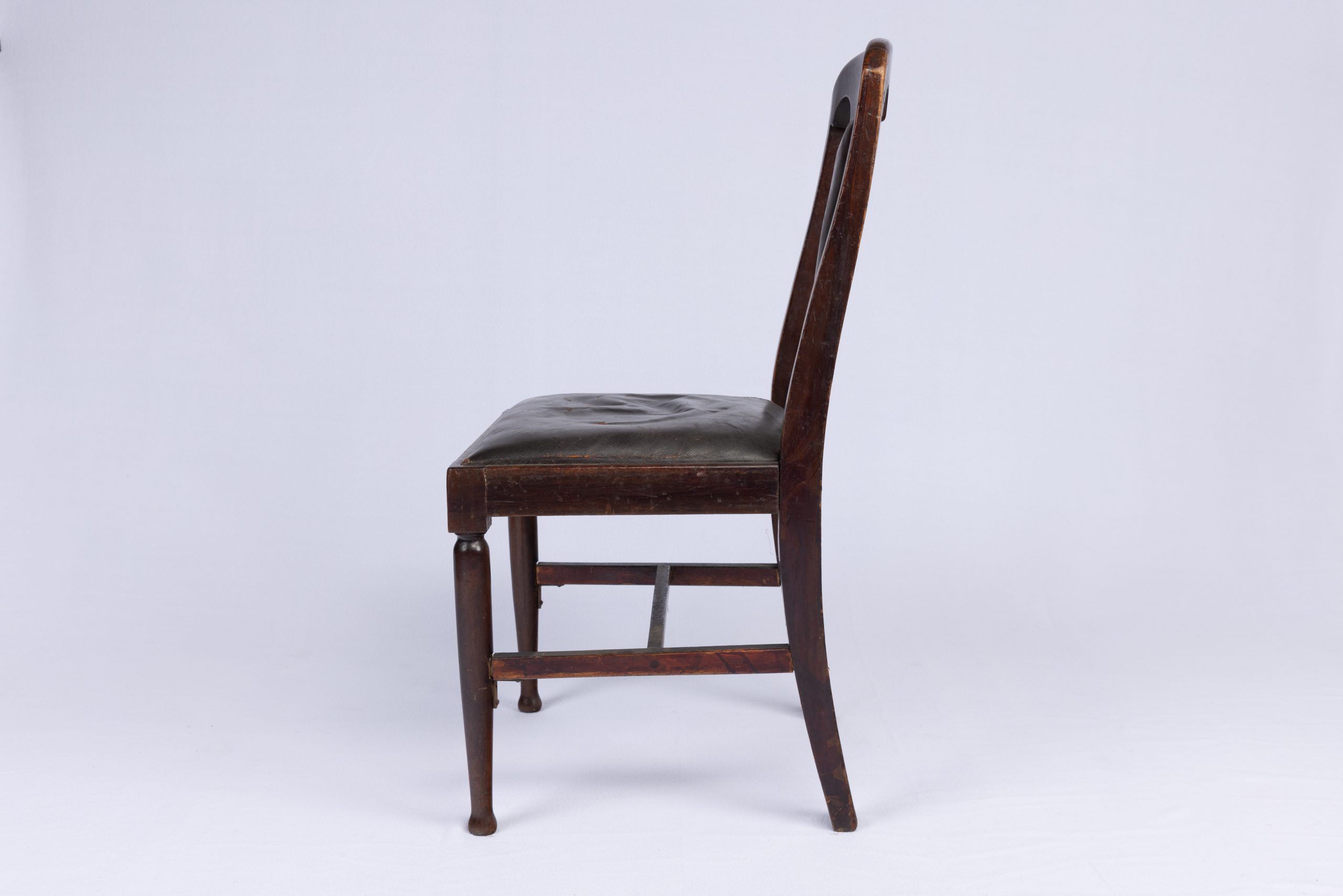 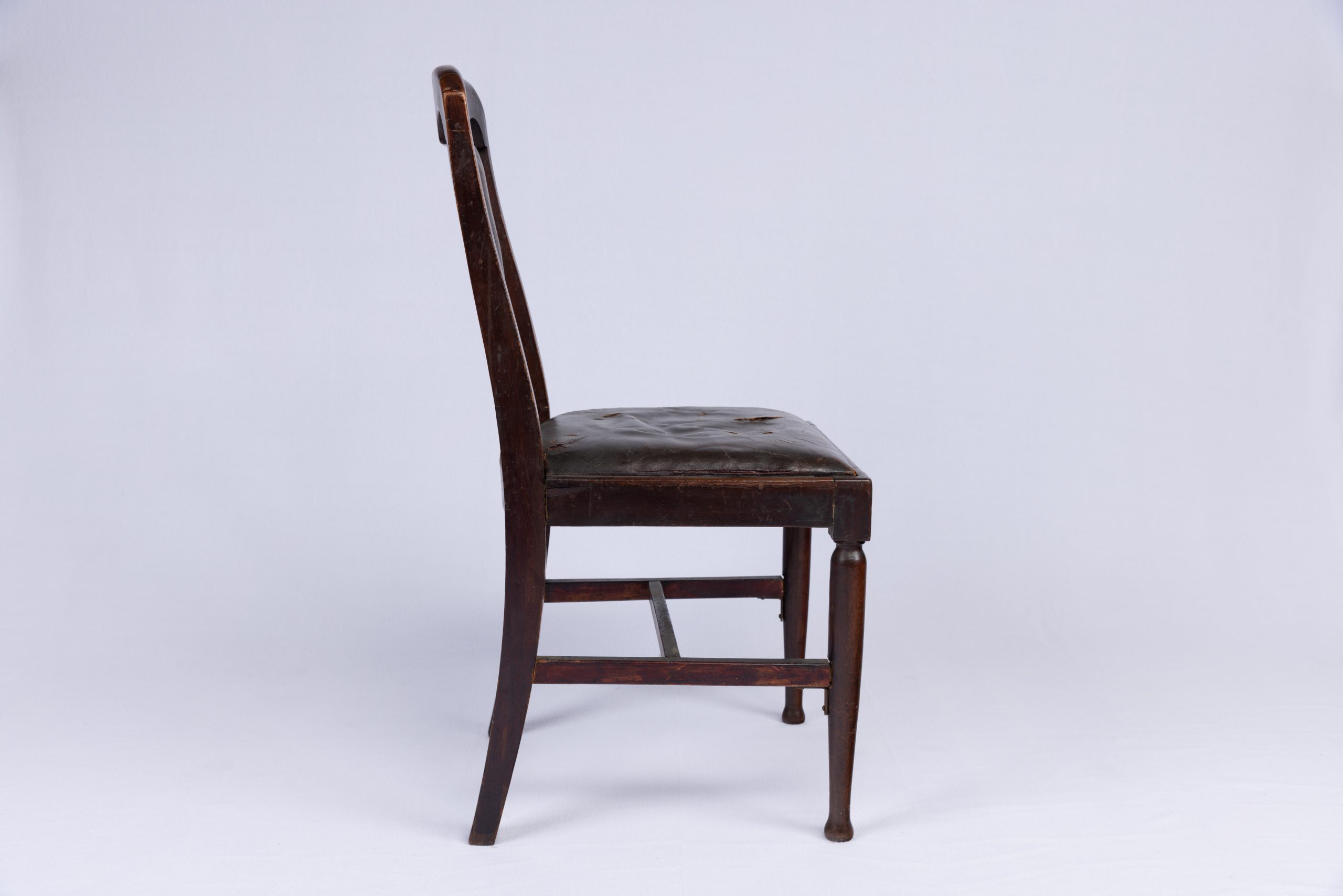 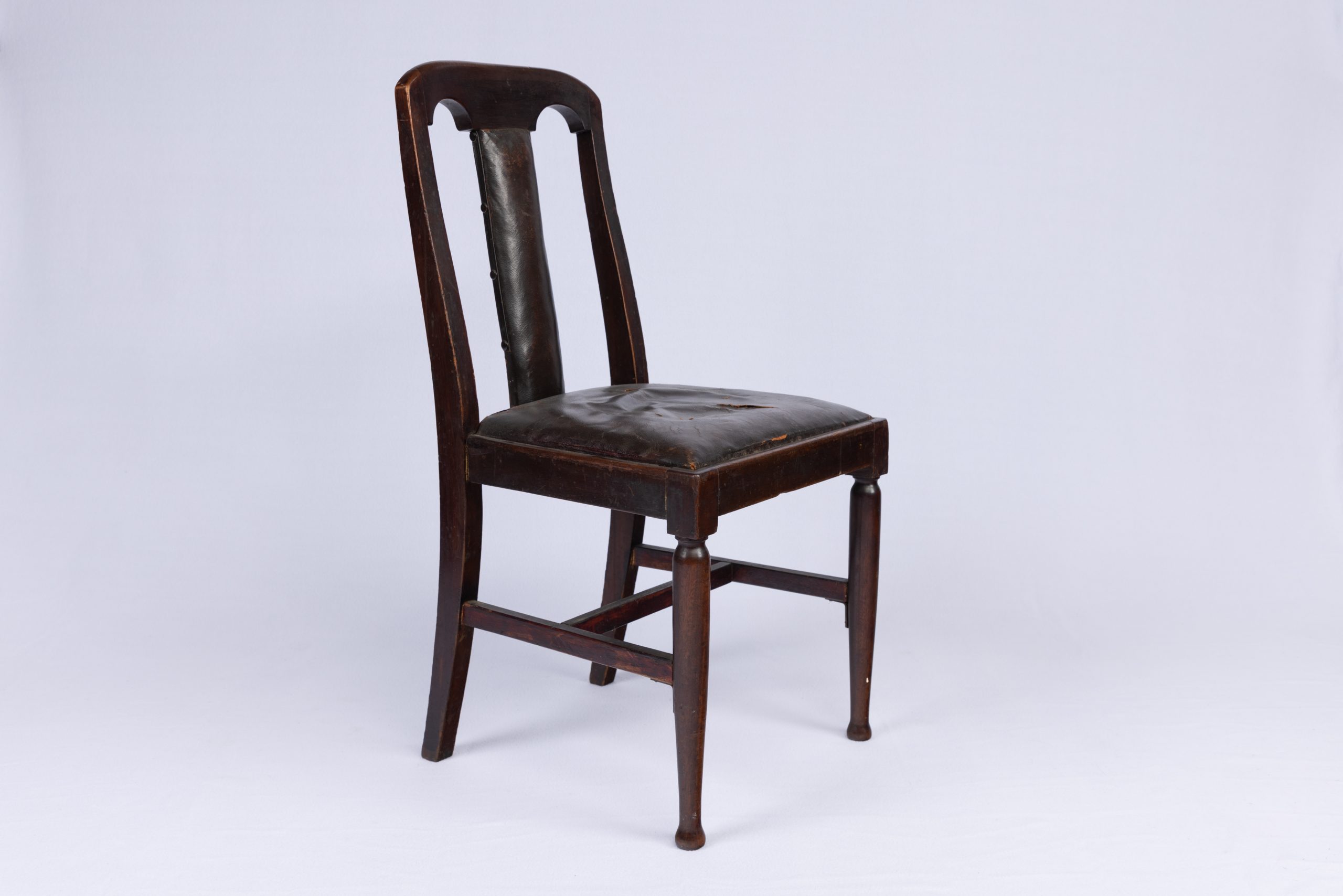 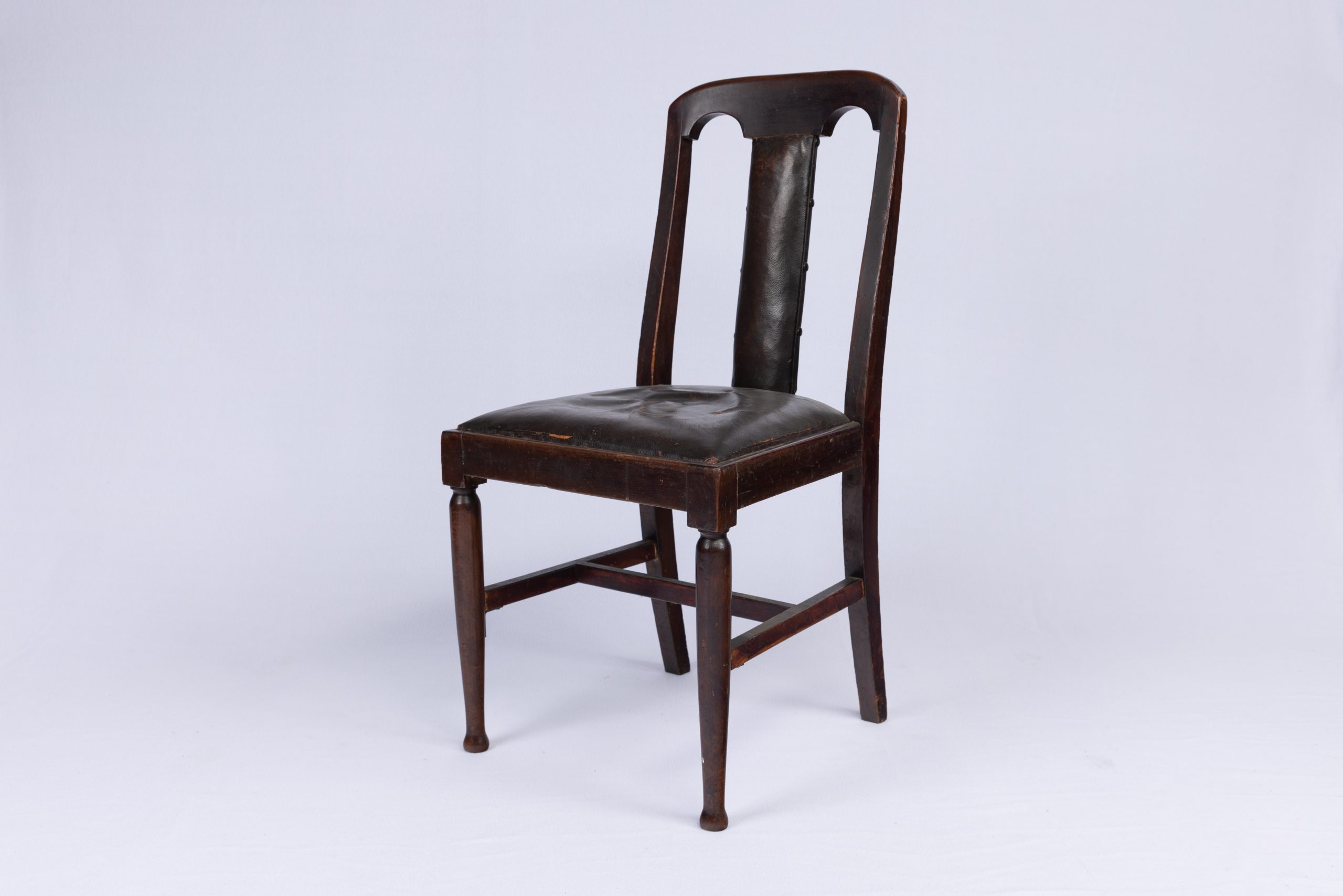