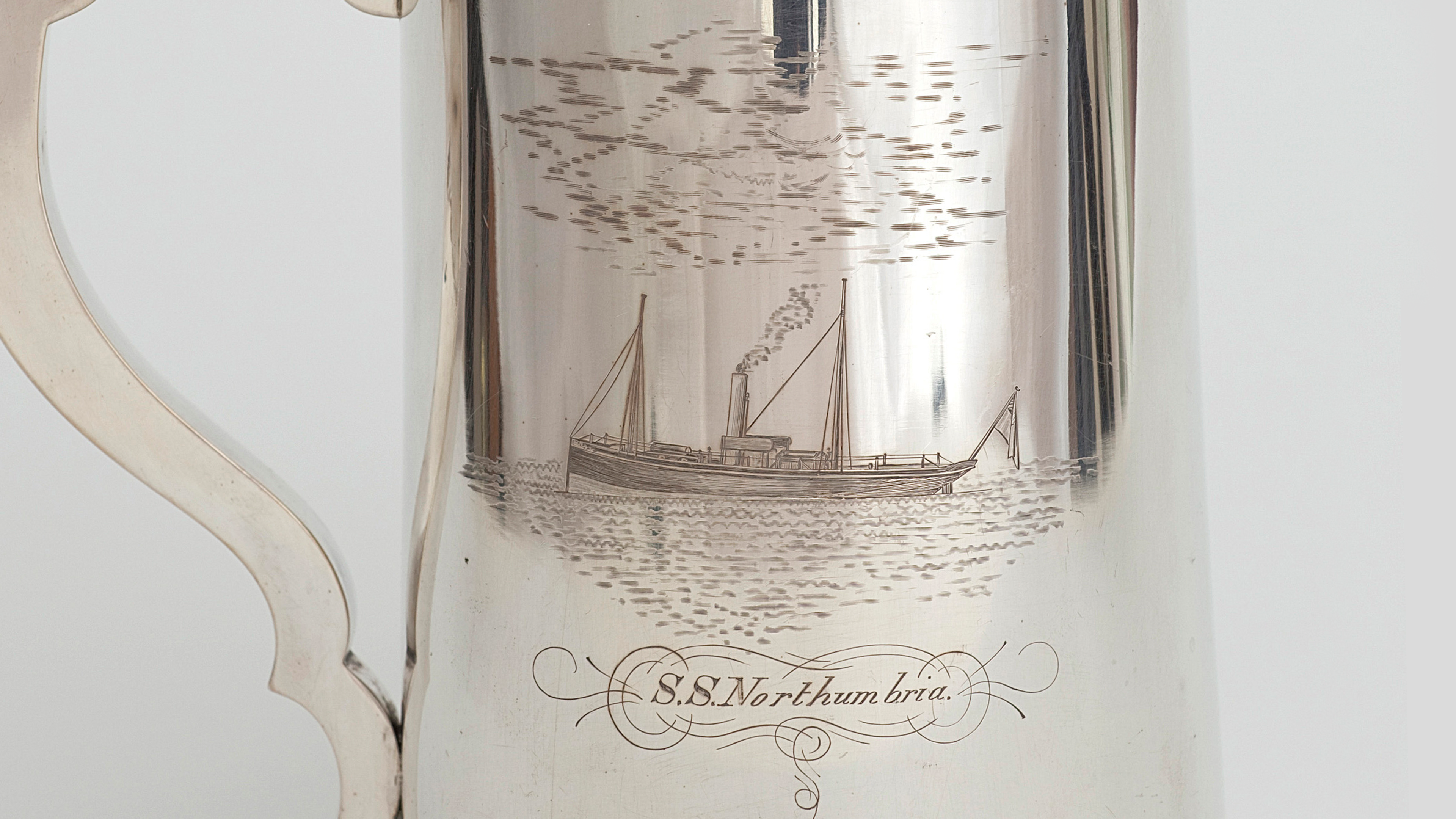 A Toast to Business Success!

This testimonial tankard represents two business successes for the Sydney merchants Christopher Newton Bros & Co. It is made of silver mined from the Sunny Corner silver mine, near Rydal just west of Lithgow, in which they were the major shareholders.

In April 1885, around the time silversmith Evan Jones made this tankard, the mine shipped two tons of silver bars to Christopher Newton Bros & Co’s London office. This was the largest shipment of silver on record for the antipodes, and made the Sunny Corner Silver Mining company the first financially successful silver producer in Australia.

Evan Jones has etched an image of the SS Northumbria on one side of the tankard, recognising another business achievement for the company. In 1882, Christopher Newton had been presented with a steam yacht by a number of British manufacturers and merchants in recognition of his honourable conduct when the firm became financially embarrassed in 1871.

The yacht was built in Berry’s Bay, Sydney, and was part of the Royal Sydney Yacht Squadron’s fleet in the 1880s. This tankard, etched with the cipher of ‘JN’ (possibly Christopher’s brother and business partner, John Newton), carries the initials of eight other unknown people. Perhaps they were grateful employees and associates, keen to recognise the business achievements of their employer. 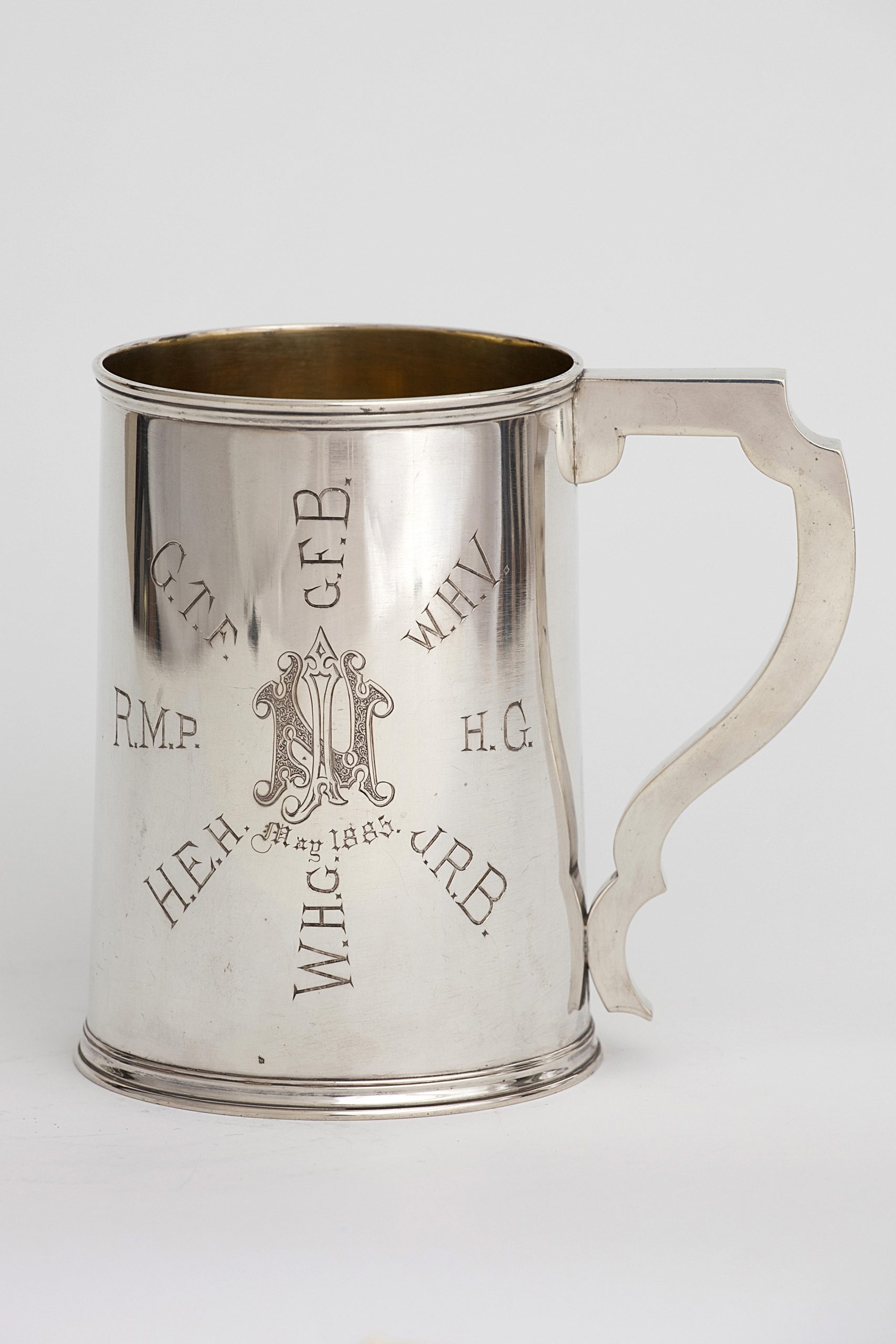 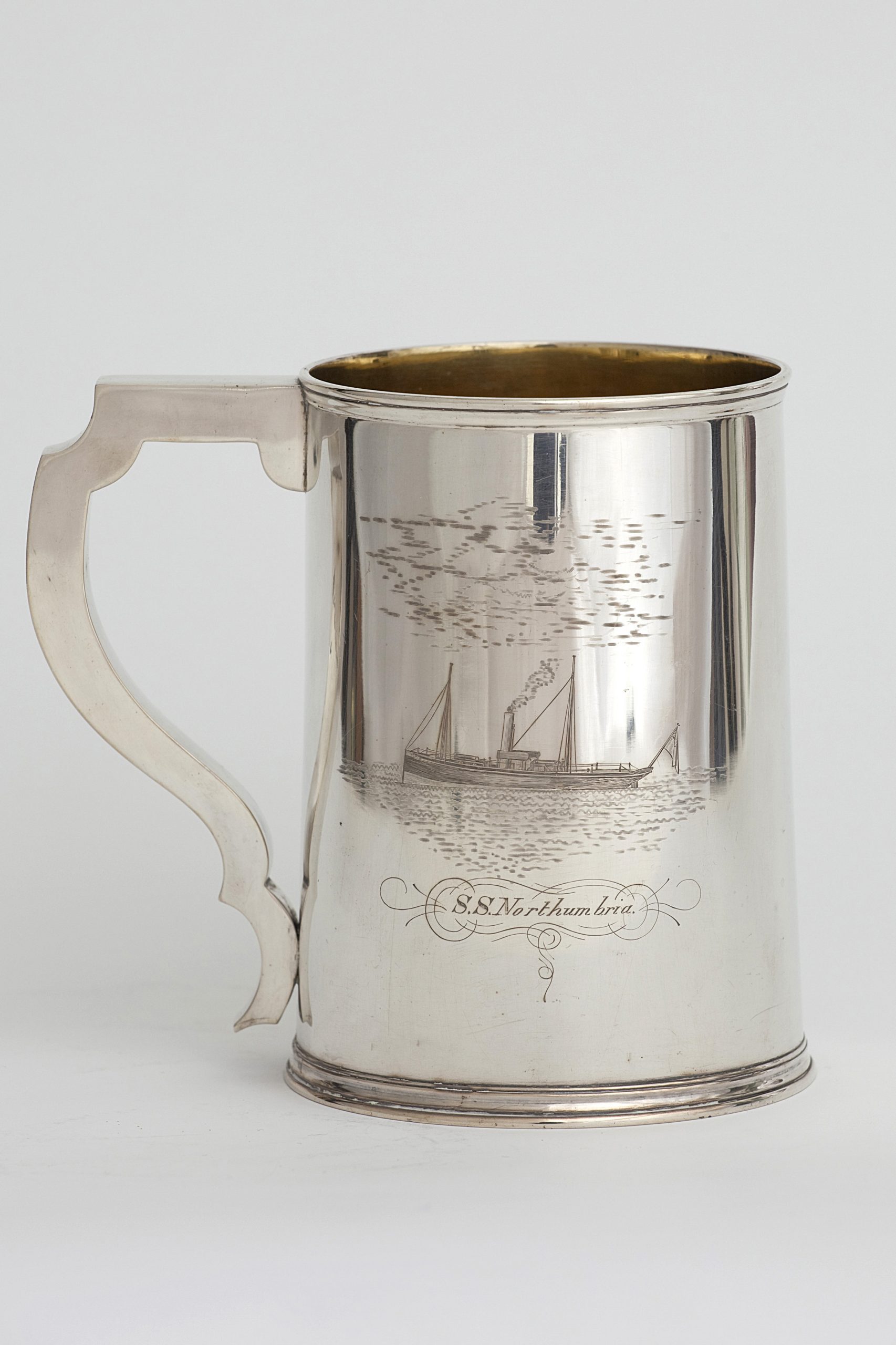 silver drinking mug, harp shaped handle, plain body, inscribed with initials encircling a logo on one side, illustration of steamboat above words S.S. Northumbria, on opposite side

silver drinking mug, harp shaped handle, plain body, inscribed with initials encircling a logo on one side, illustration of steamboat above words S.S. Northumbria, on opposite side