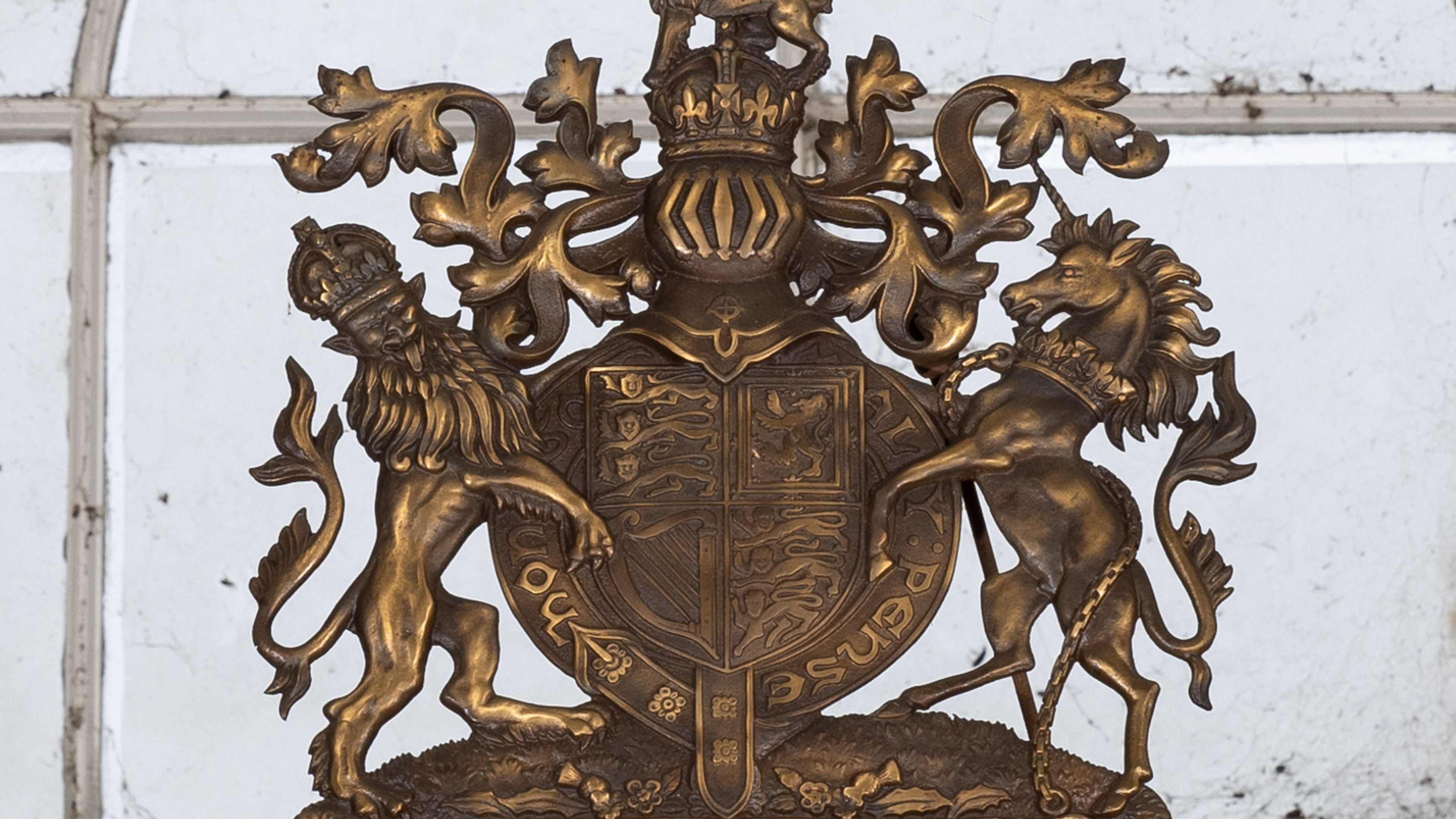 A Canopy and Windlock for Morpeth Courthouse

In 1863, the people of Morpeth enthusiastically found good uses for their newly finished courthouse. Not only were legal cases heard there, but they also held concerts, public meetings, vaccinations, a fundraising bazaar, voting, and a death inquest – all before the furniture had even been installed. But it was quickly recognised that there was a problem. The Maitland Mercury reported, ‘The building is airy and commodious, but, owing to a troublesome echo, very difficult to be heard in.’

When local Police Magistrate Edward Denny Day heard cases there, he simply could not hear what the witnesses and defendants were saying. But this learned lawman, who knew how a courtroom should be designed, had an idea – to install a canopy over the magistrate’s bench to act as an acoustic amplifier.

Hopes were high for the problem to be solved in late August 1864, when the court bench, railings, canopy, prisoner and witness boxes were finally installed, along with coconut fibre matting to reduce the echoes off the floor. A windlock, constructed from local Hunter region red cedar, also served to reduce noise and wind from entering the room, and a convenient ladder on its roof allowed access to the courthouse clocktower.

Designed by Mortimer William Lewis junior, the Morpeth Courthouse was built by Maitland builder William Cains in 1861-2, on land donated by local pioneer Edward Charles Close. After Morpeth’s population decreased, when its use as a Hunter River port fell into decline, the courthouse was not needed as much, but magistrates continued to hear cases there into the early 1940s. 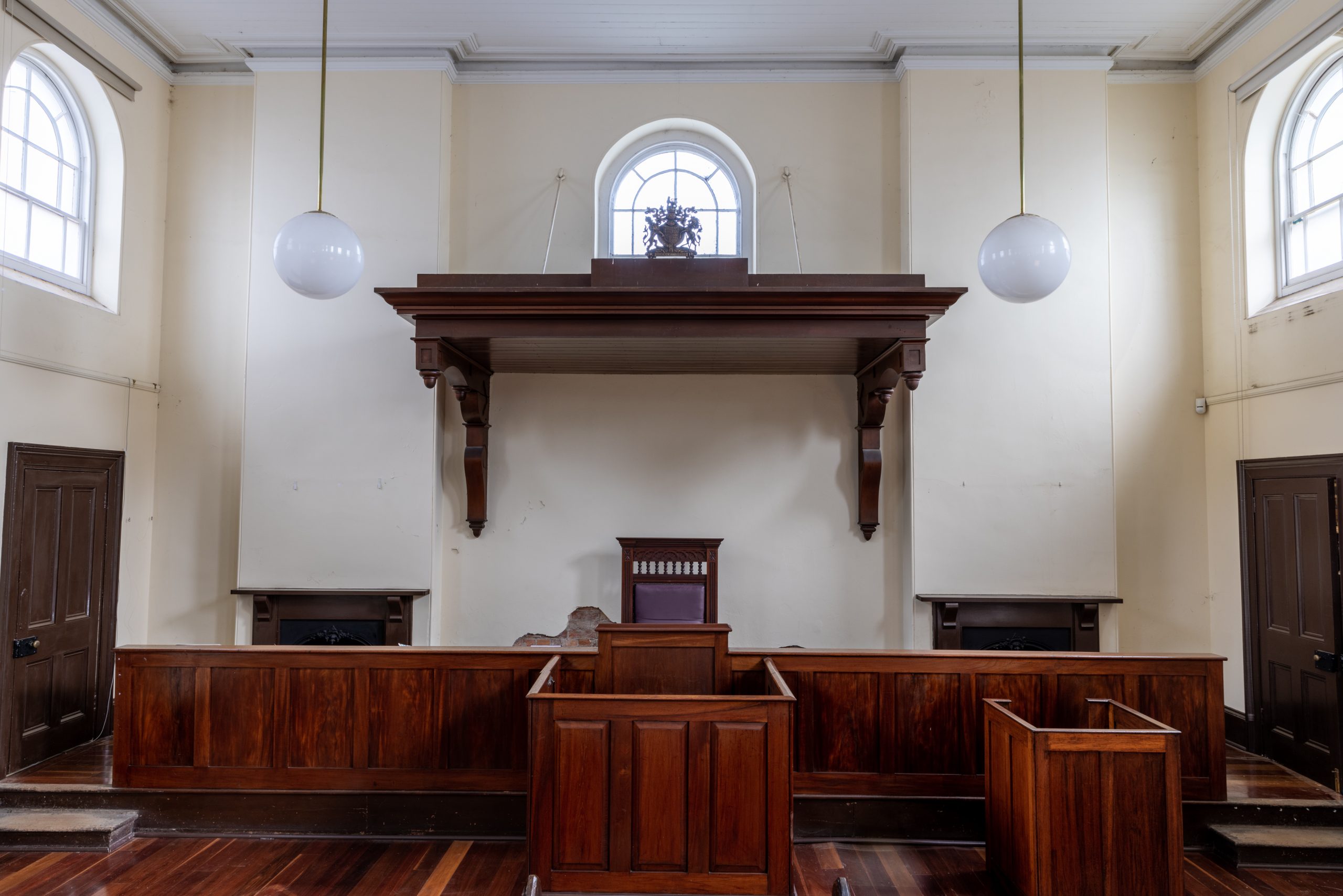 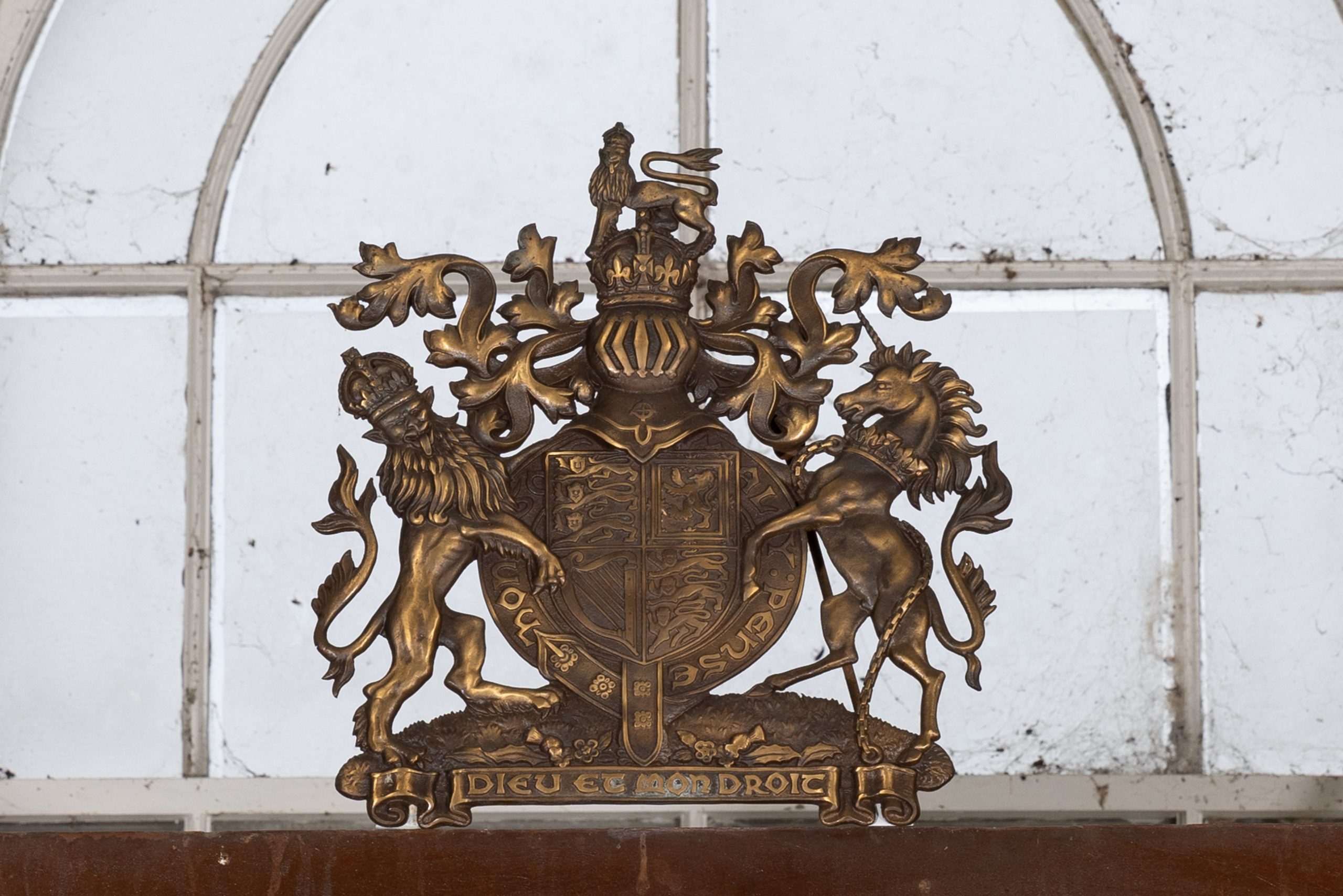 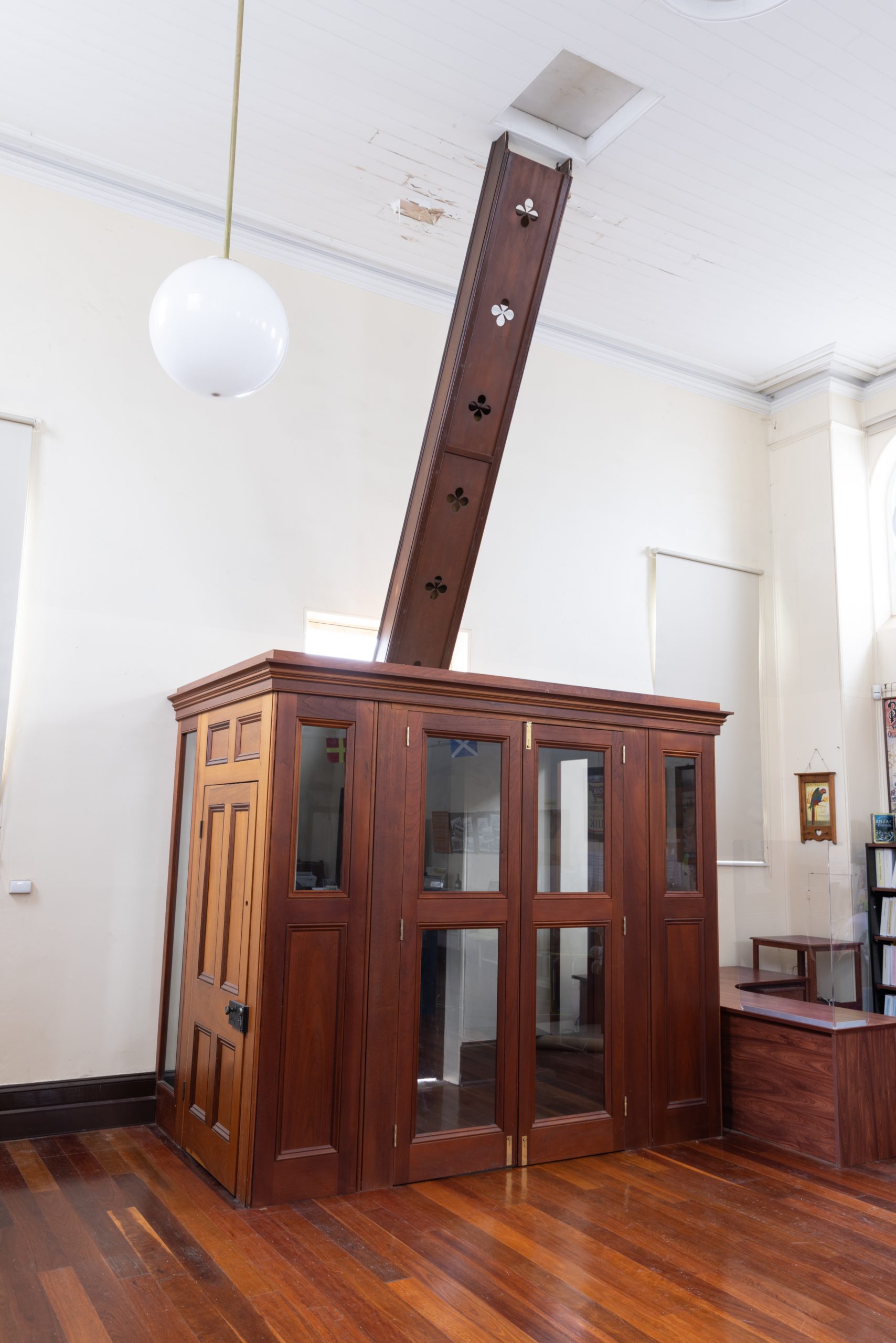 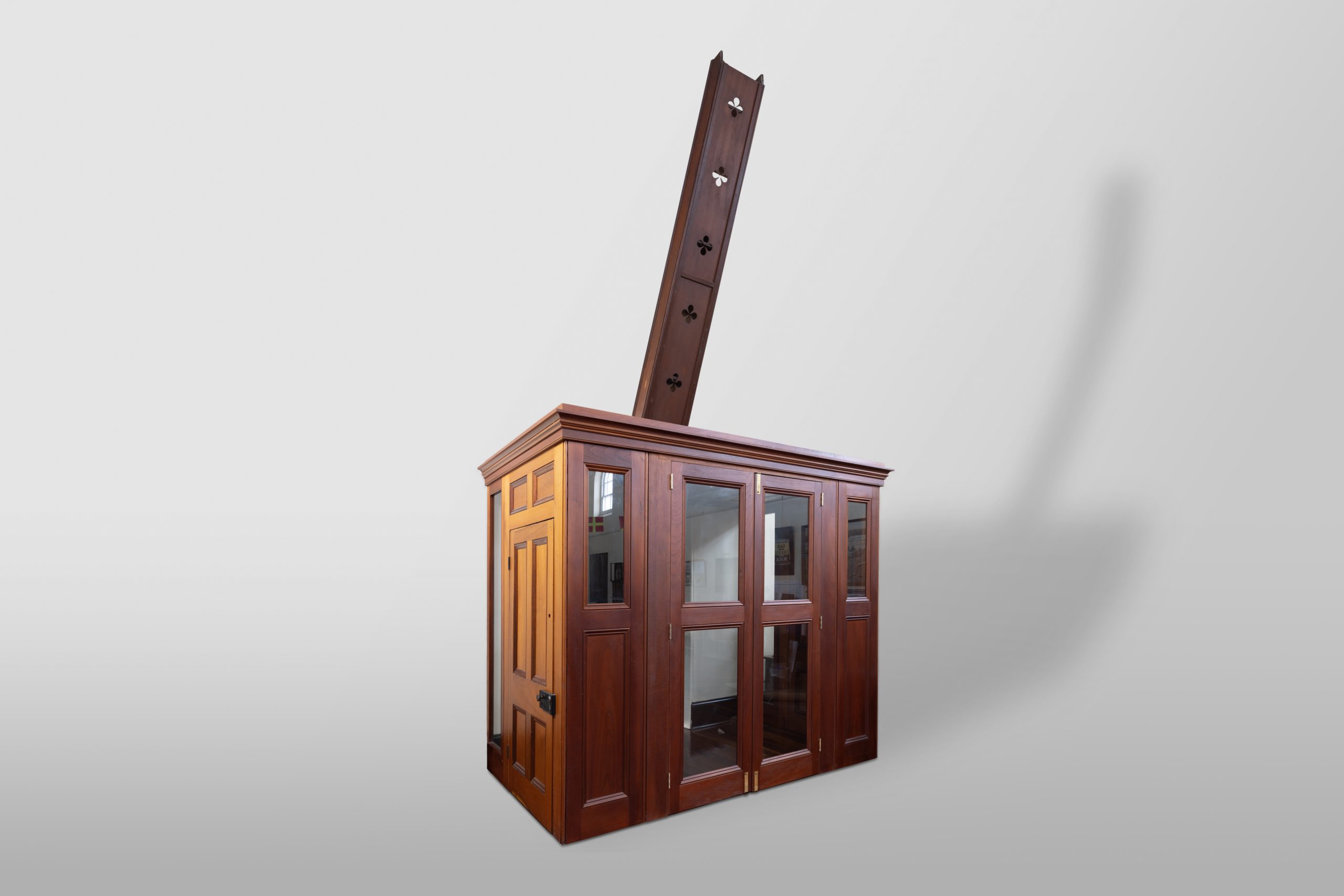 courtroom canopy and coat of arms

courtroom canopy and coat of arms

red cedar windlock box with central windows created for courtroom entrance, with left and right access doors and ladder attached to the roof

red cedar windlock box with central windows created for courtroom entrance, with left and right access doors and ladder attached to the roof