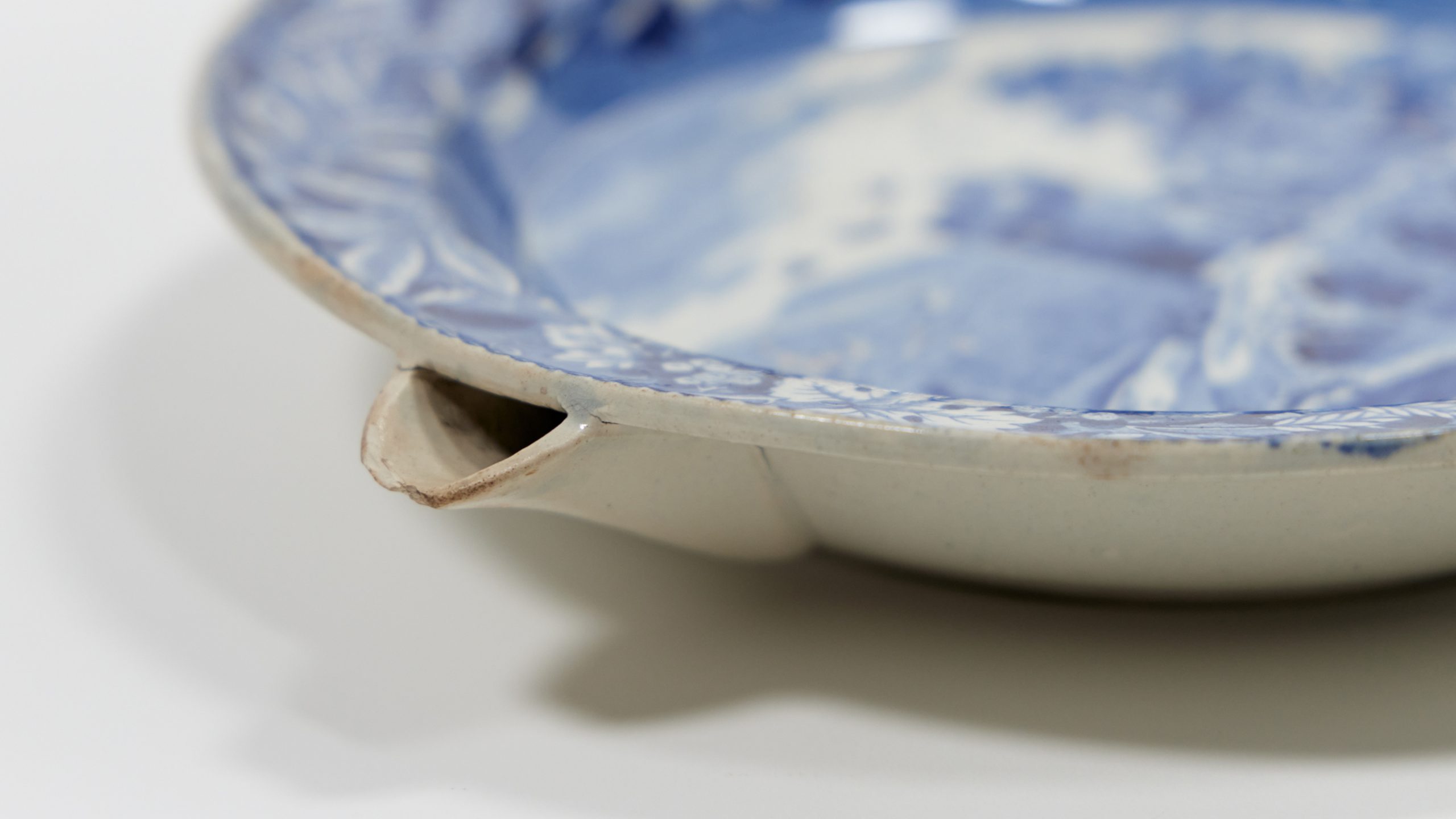 Doris Hogan of Berry must have known this blue and white earthenware dish was old and quite rare, when she generously donated it to the Berry Historical Society in 1979. But what else did she know?

Was it just one of those family household objects that is passed on, found left in the kitchen cupboard by successive generations? Or maybe Doris knew who had originally owned it and she kept it as a family heirloom.

Known as a warming dish or warm water dish, it was made in the mid nineteenth century. Hot water (heated on a wood stove or over a fire) was poured into the spout and contained in the reservoir underneath, to prevent food from getting cold while it was carried from the kitchen to another room such as a sick person’s bed or a child’s nursery.

The blue design was created by transfer printing – first printed onto a piece of tissue paper, then applied to the dish before firing. Known as the ‘Bridge of Lucano’, the romantic scene depicts Lucano Bridge, near Rome, a destination on the Grand Tour route of Europe. It was introduced about 1819, on a range of earthenware made by Spode, of Stoke-on-Trent, England, but copied by numerous factories, including Dillwyn & Co. The lack of a maker’s mark suggests this one is a copy.

But who originally warmed their food with this dish? Warming dishes were available to buy in Sydney in the 1820s, so was it purchased and used in the colony? Maybe it was brought out in an emigrant’s trunk and passed down to Doris’ husband James, who ran a barber shop in Berry. We may never know, but we can say that it was quite a useful old dish, that is, before microwave ovens were available. 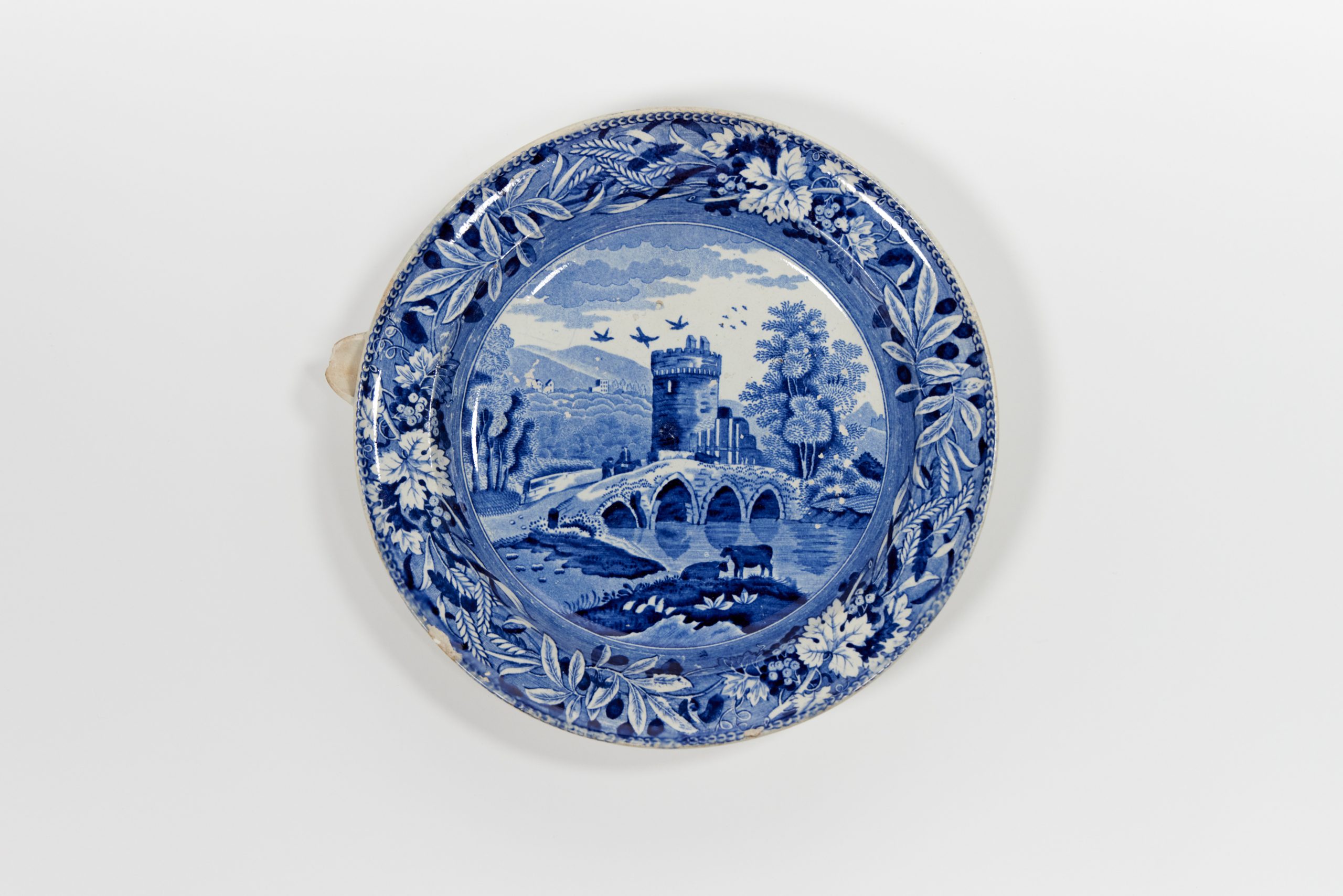 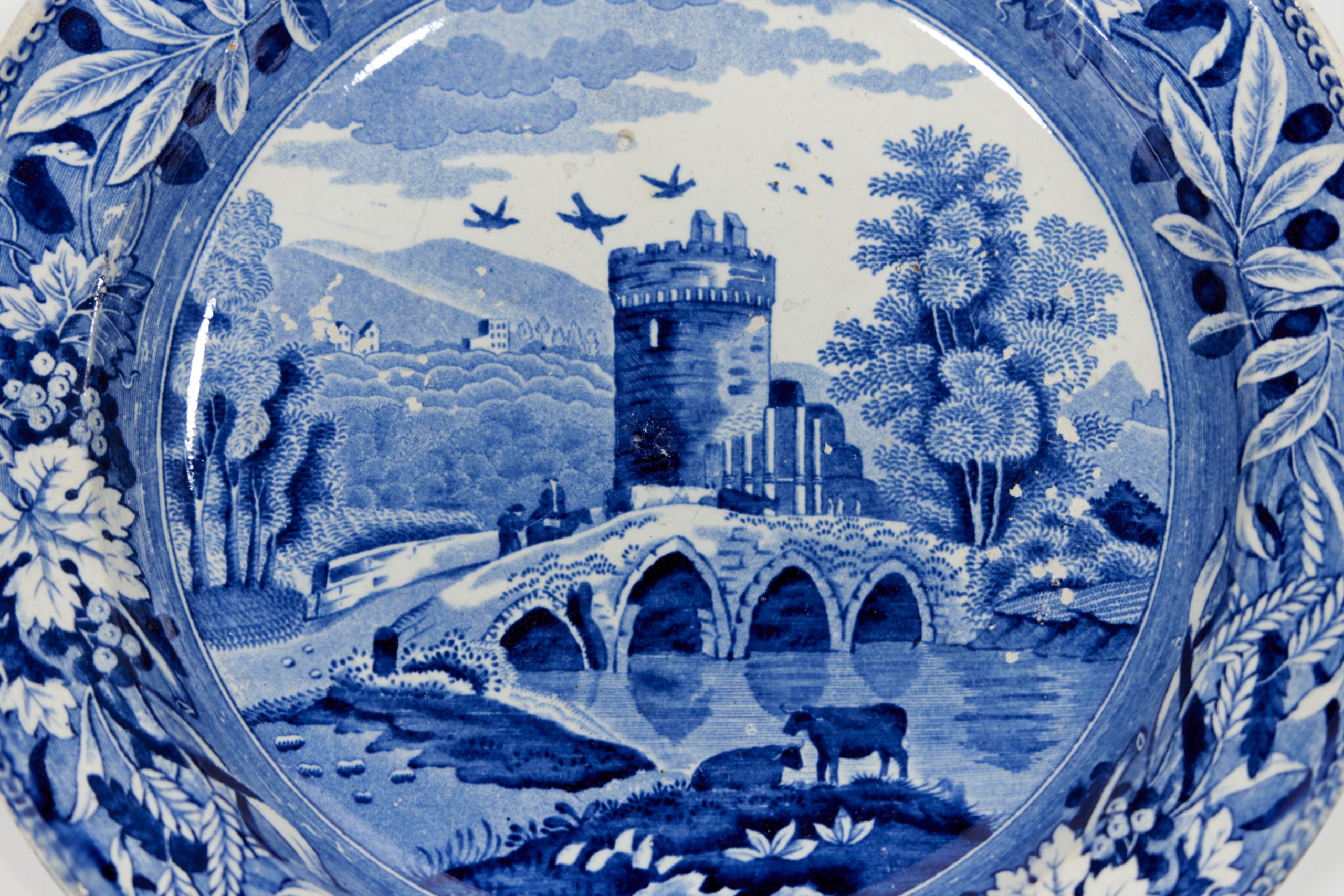 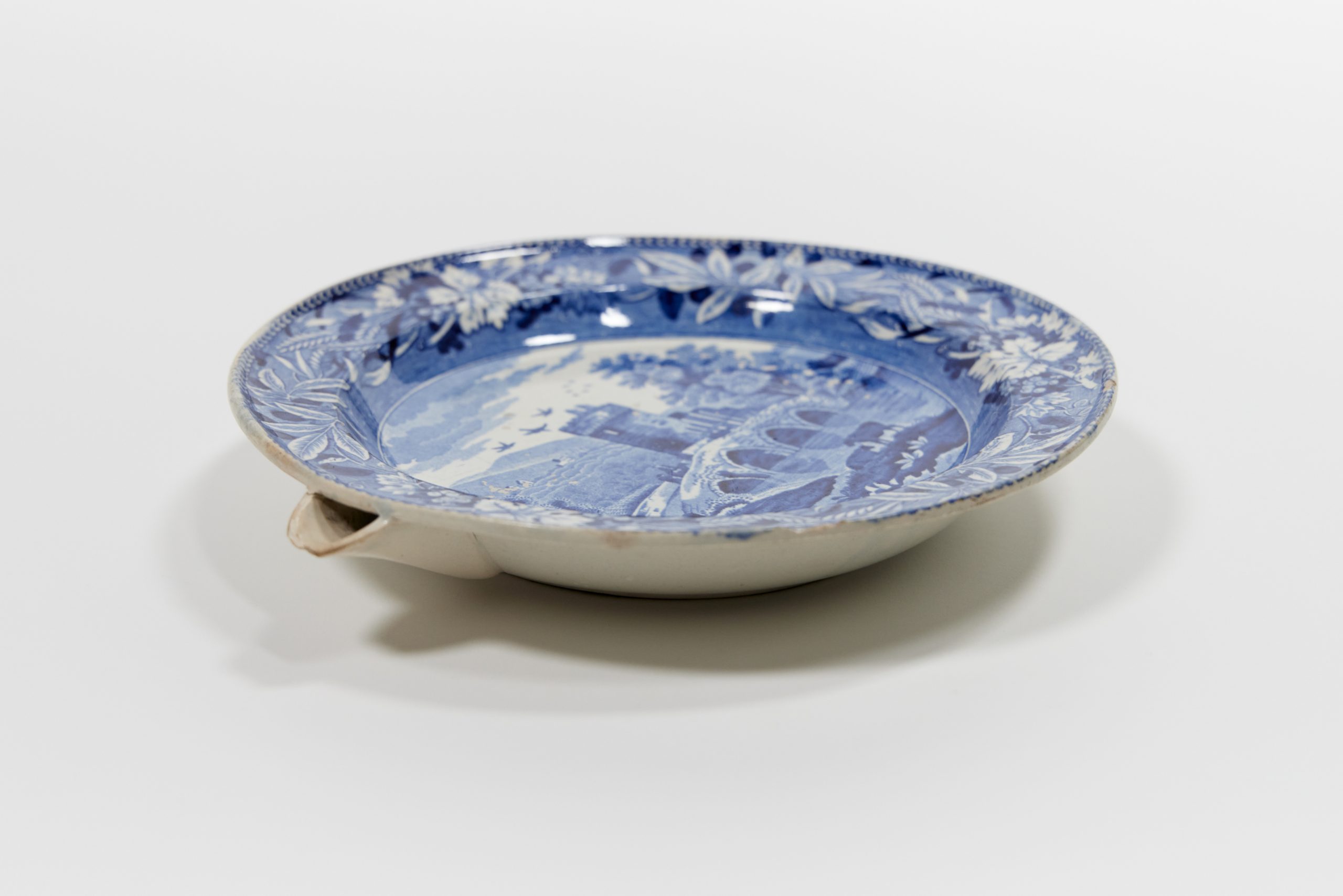 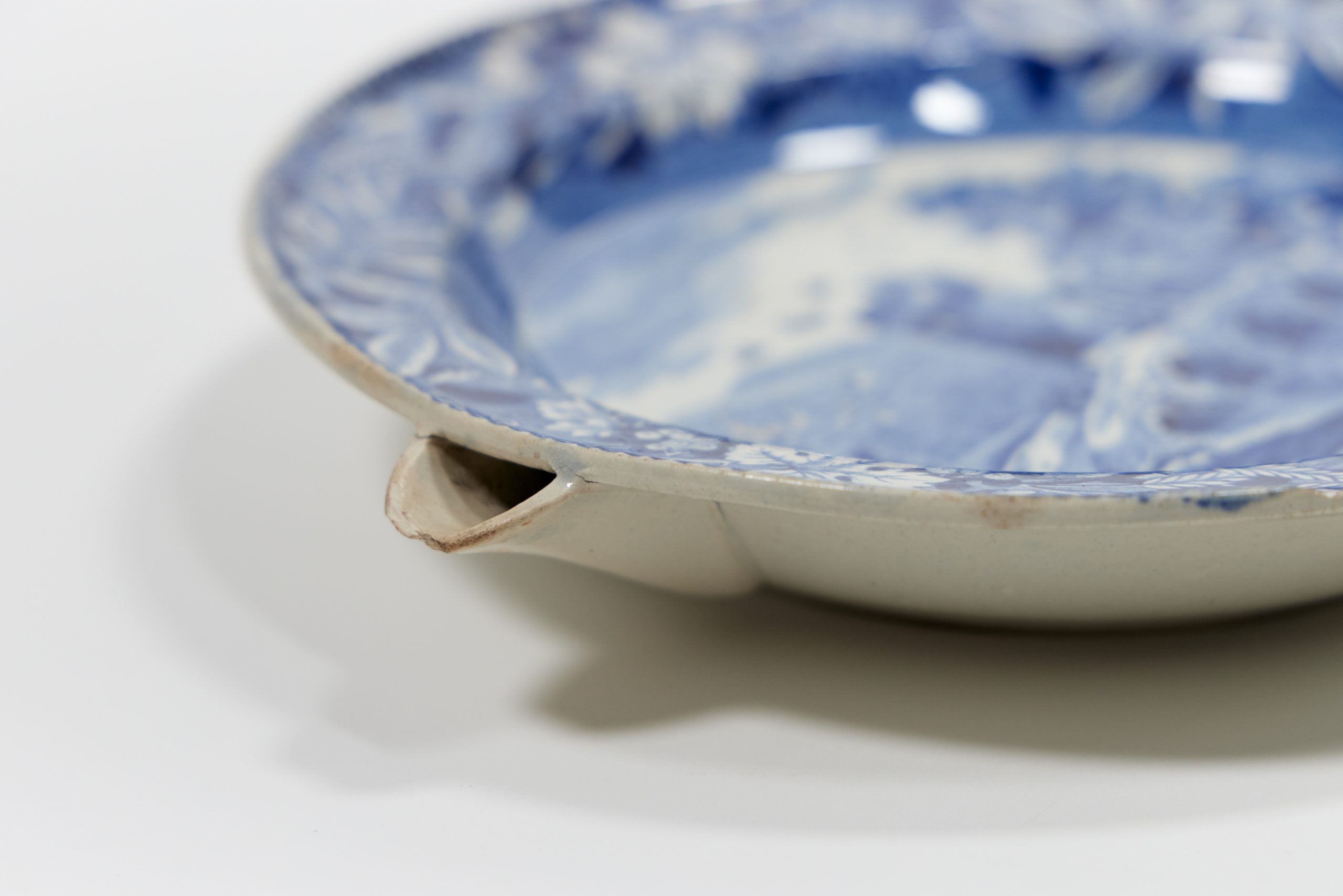 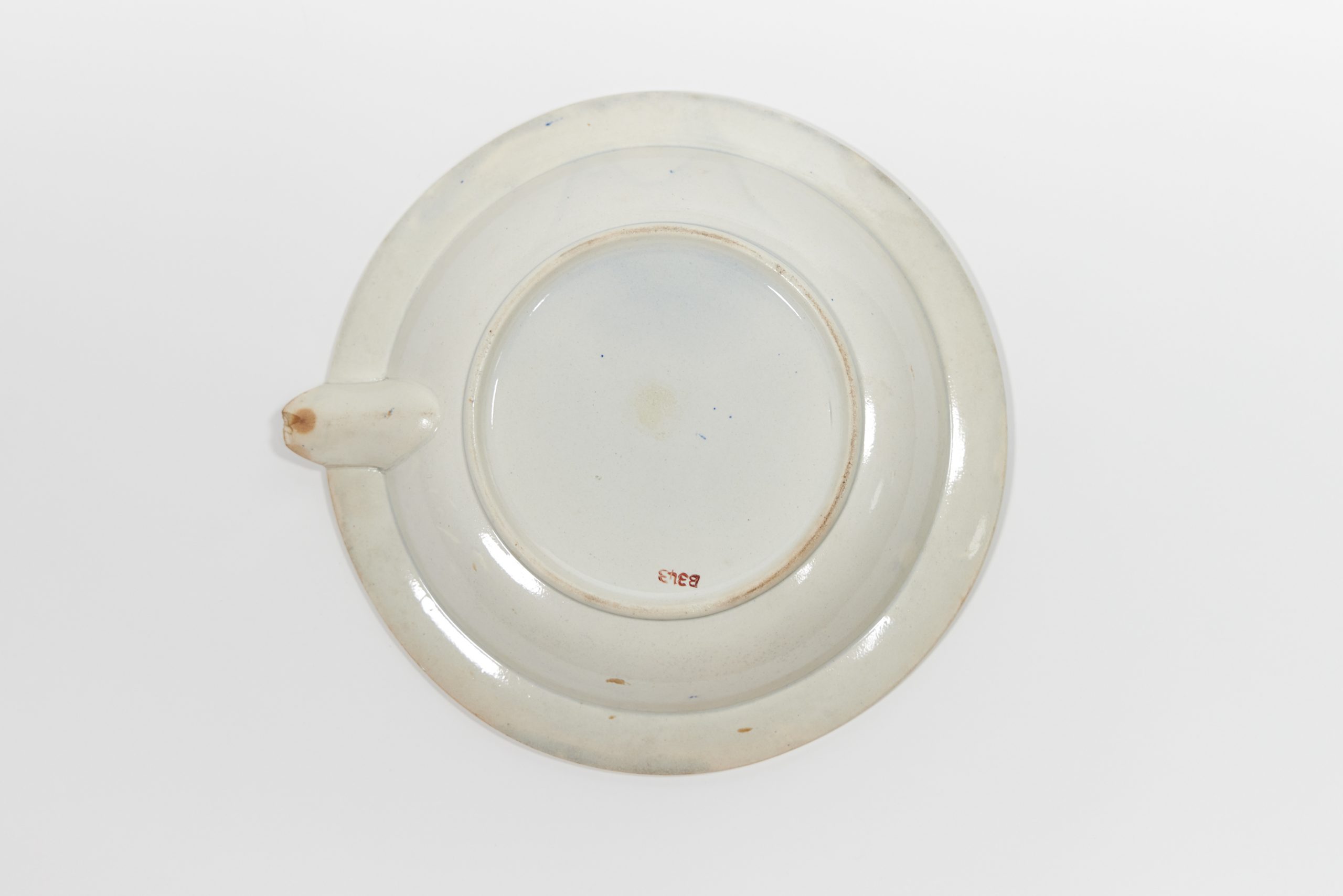