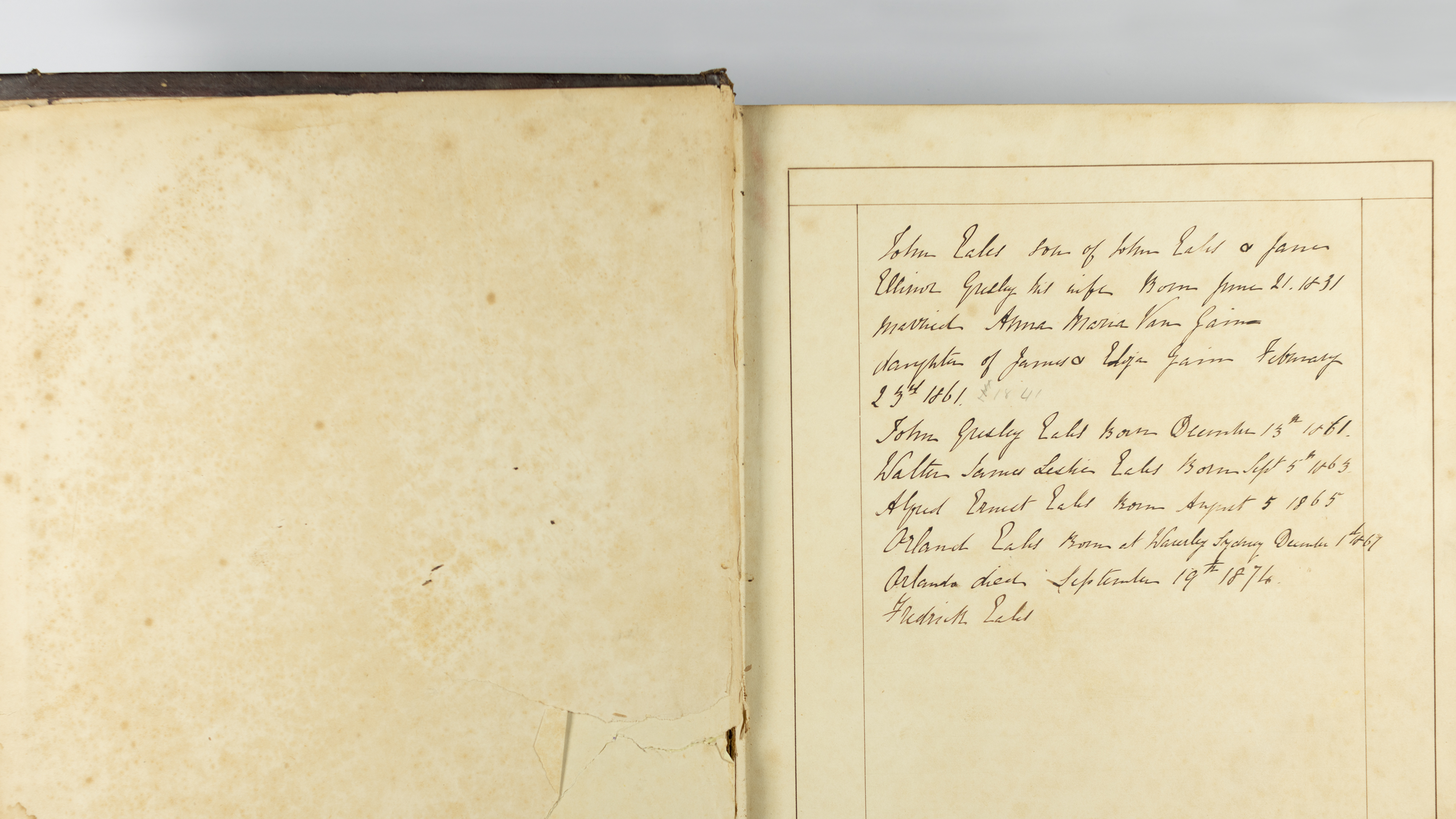 The Eales Family Bible from Morpeth

The day Anna Maria opened this leather-bound bible at Duckenfield House in Morpeth, dipped her pen into her inkwell and inscribed her name inside the front cover, she may have been in a melancholy mood. It was 13 November 1874, and Anna Maria Van Eales (née Gain) (1843-1887), who was mother to five boys, had lost her second youngest, Orlando, aged just six, only two months before. In her inscription, naming herself as ‘A. Maria Eales’, she acknowledged her own mortality, writing ‘At my death to be given to my son John Gresley Eales’.

A daughter of James Gain, a druggist of Clarence Street, Sydney, Anna Maria had married John Eales junior (1831-1894) in February 1861. She lived at Duckenfield House from about 1871, when John inherited the grand mansion his father John Eales senior (1799-1871) had built in 1853-4, with wealth amassed from his Hunter Valley business pursuits.

By inscribing this 1872 edition bible, Anna Maria was following a Christian tradition, common in the Victorian era, to create a family bible for passing from one generation to the next. Anna Maria used it to record the births of her sons – John (1861), Walter (1863), Alfred (1865), and Orlando (1868). But Frederick, born in 1870, is the last name she added, despite giving birth to Arthur in 1875. Had the bible lost its importance for her by then?

After Anna Maria’s son John had passed on, a new inscription of 13 December 1911 was entered into the well-used book. It notes that it was handed on again, to his niece and Anna Maria’s granddaughter, Joan Dumaresq Eales (1901-1972). Joan was then just ten years old – what did she think when she saw the inscription and the handwriting of the grandmother she never knew? 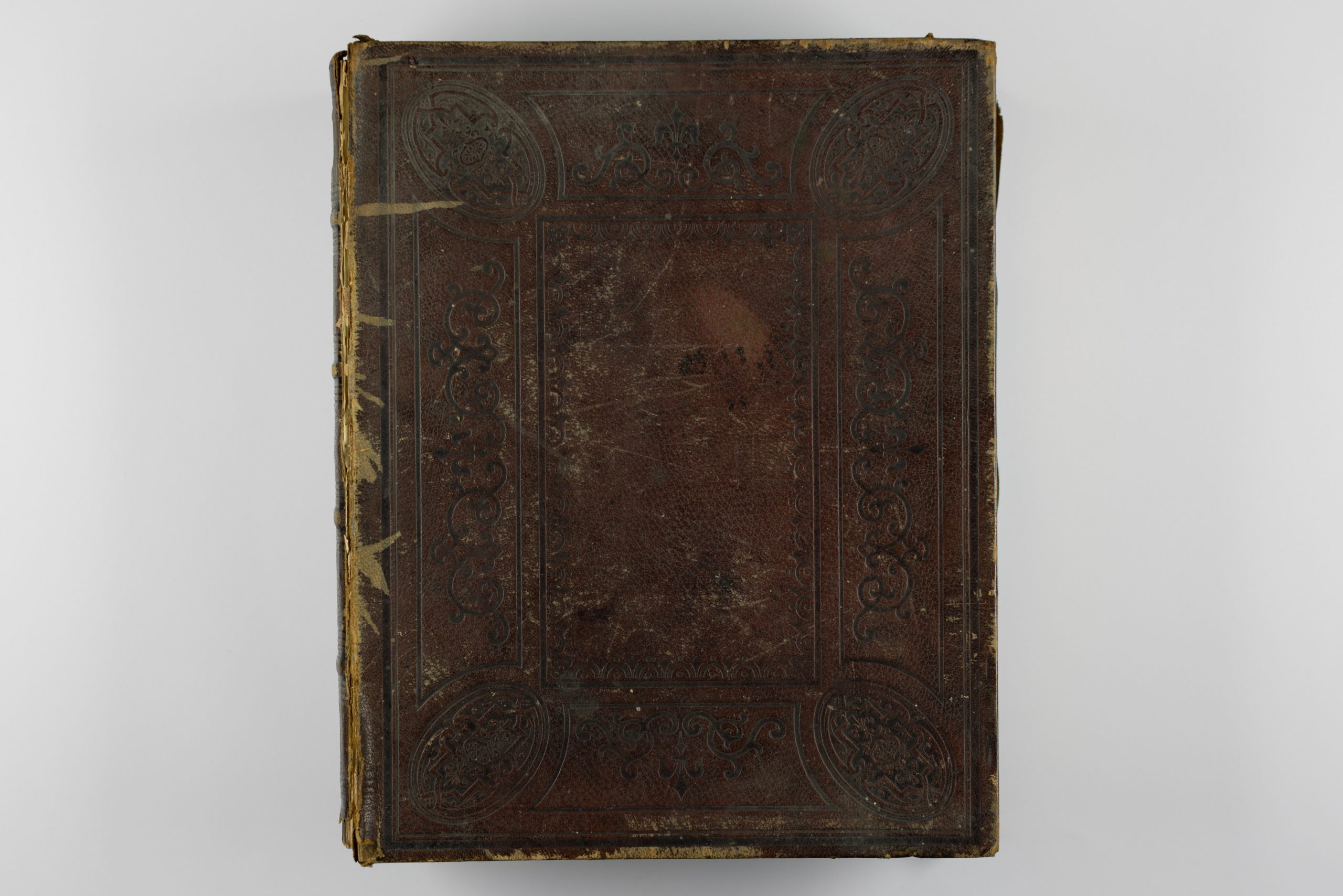 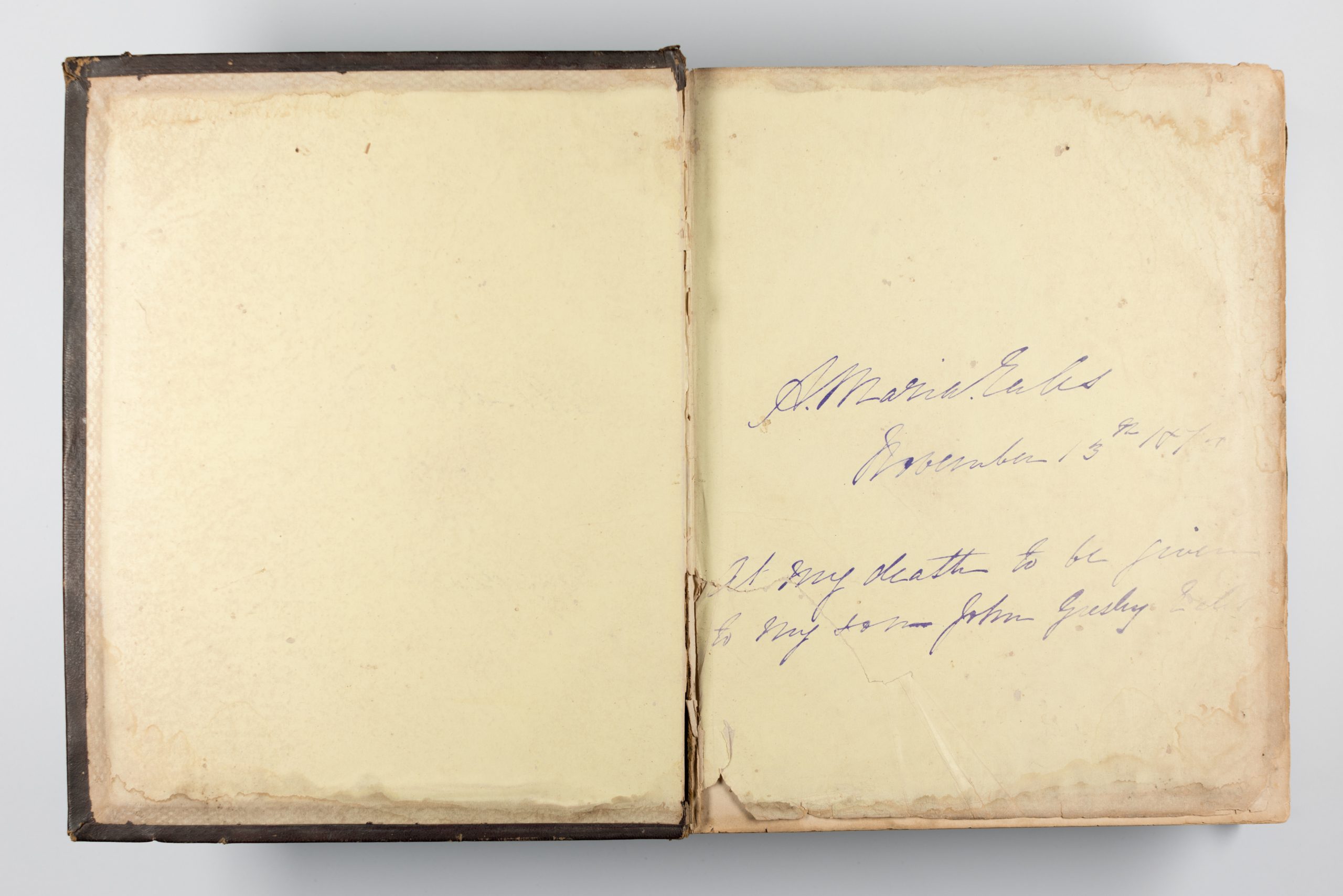 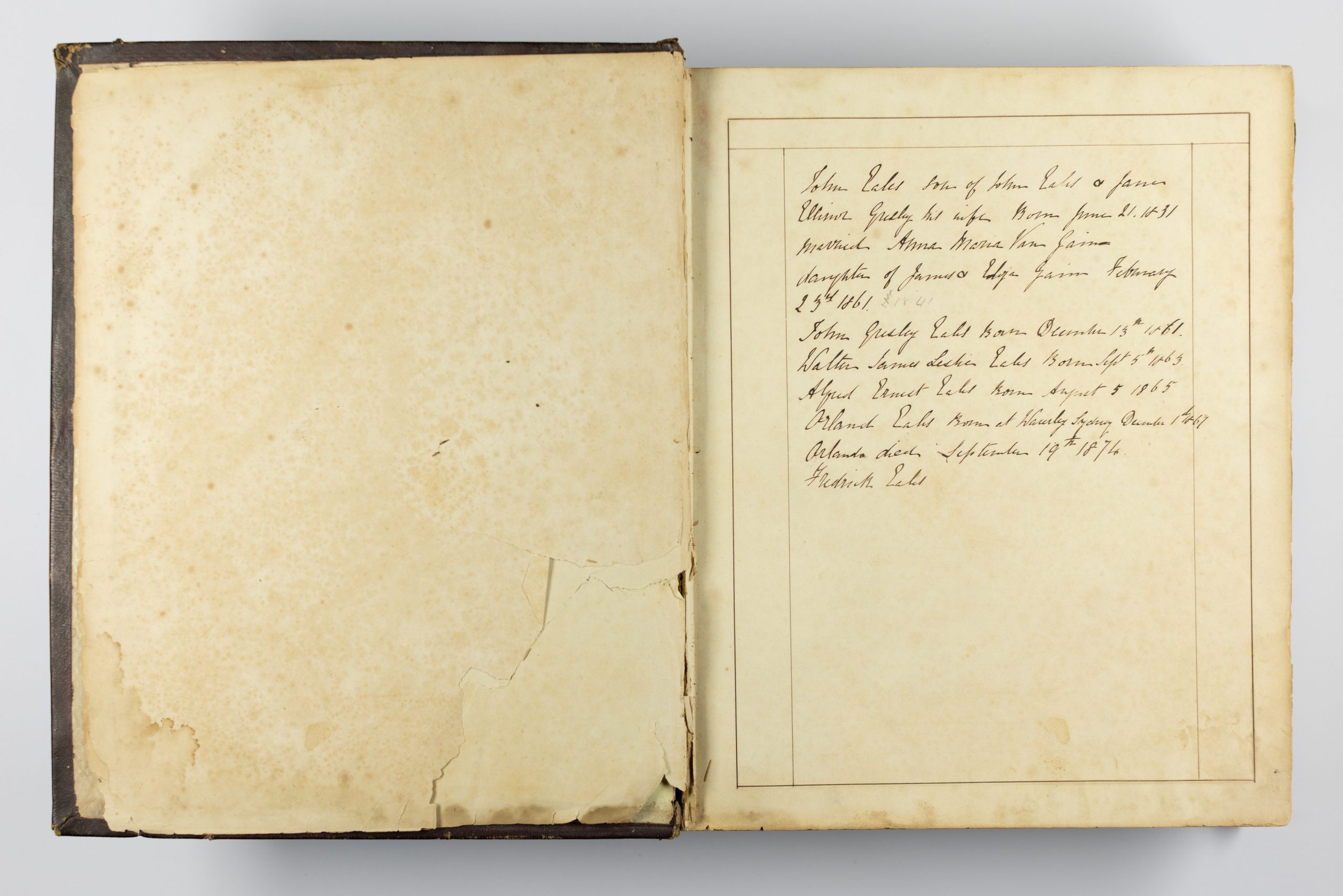 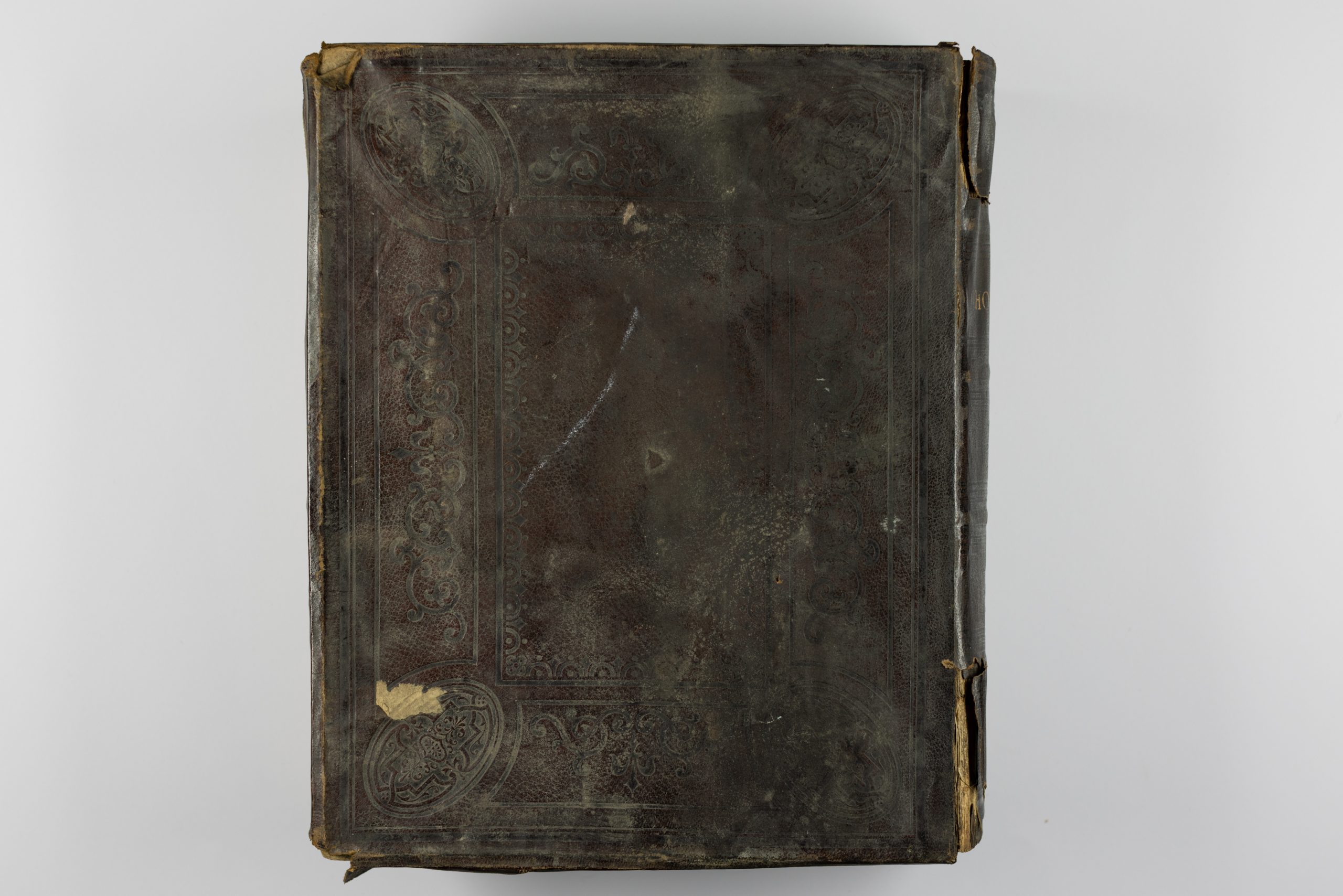