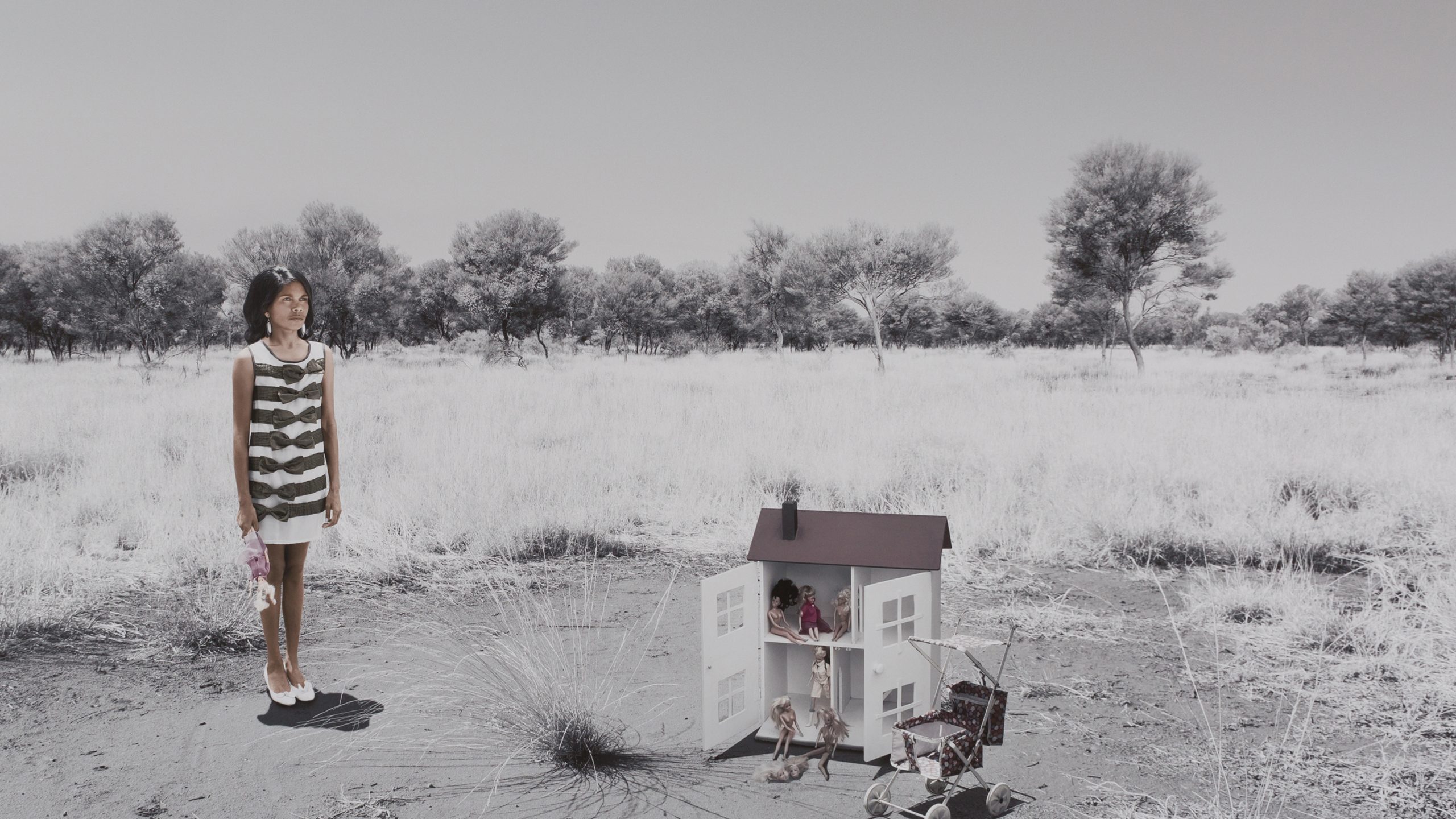 Examining the Journey from Girl to Mother

It may surprise you to learn that dollhouses were not originally intended as childhood playthings. The first examples of European dollhouses, or dockenhaus in German, come from the seventeenth century. Meaning ‘miniature house’, these were intended for adults and served as a physical display of wealth, class, and privilege.

In Mother (Dolls House), artist Michael Cook (1968-) entertains both the notion of fleeting childhood play, and the inherent connection between motherhood and girlhood. The Mother stands at a distance to play; childhood and self are connected tenuously to her past by a single doll clutched in her hand.

At first glance, it is clear to the viewer the connections between our Indigenous history, the Stolen Generation, and the image. But as we look deeper, the differences between the Mother and the Dolls House implicate more universal themes. Of a longing for something intangible, of a disconnect between the chaotic, haphazard nature of childhood and the more solemn, ordered requirements of motherhood. The open landscape only serves to alienate the Mother more, as if she is standing somewhere foreign to her, and therefore to us. 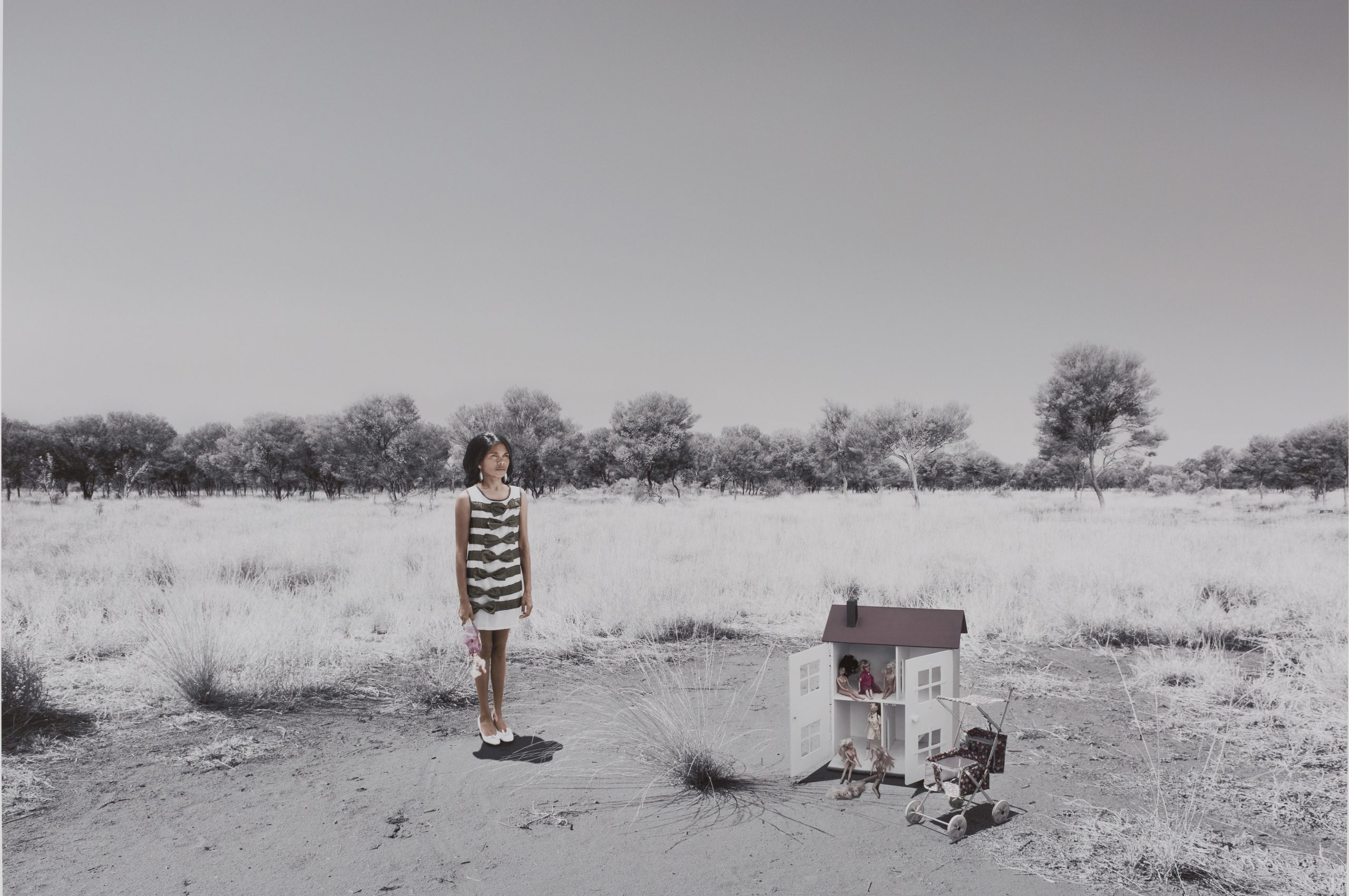