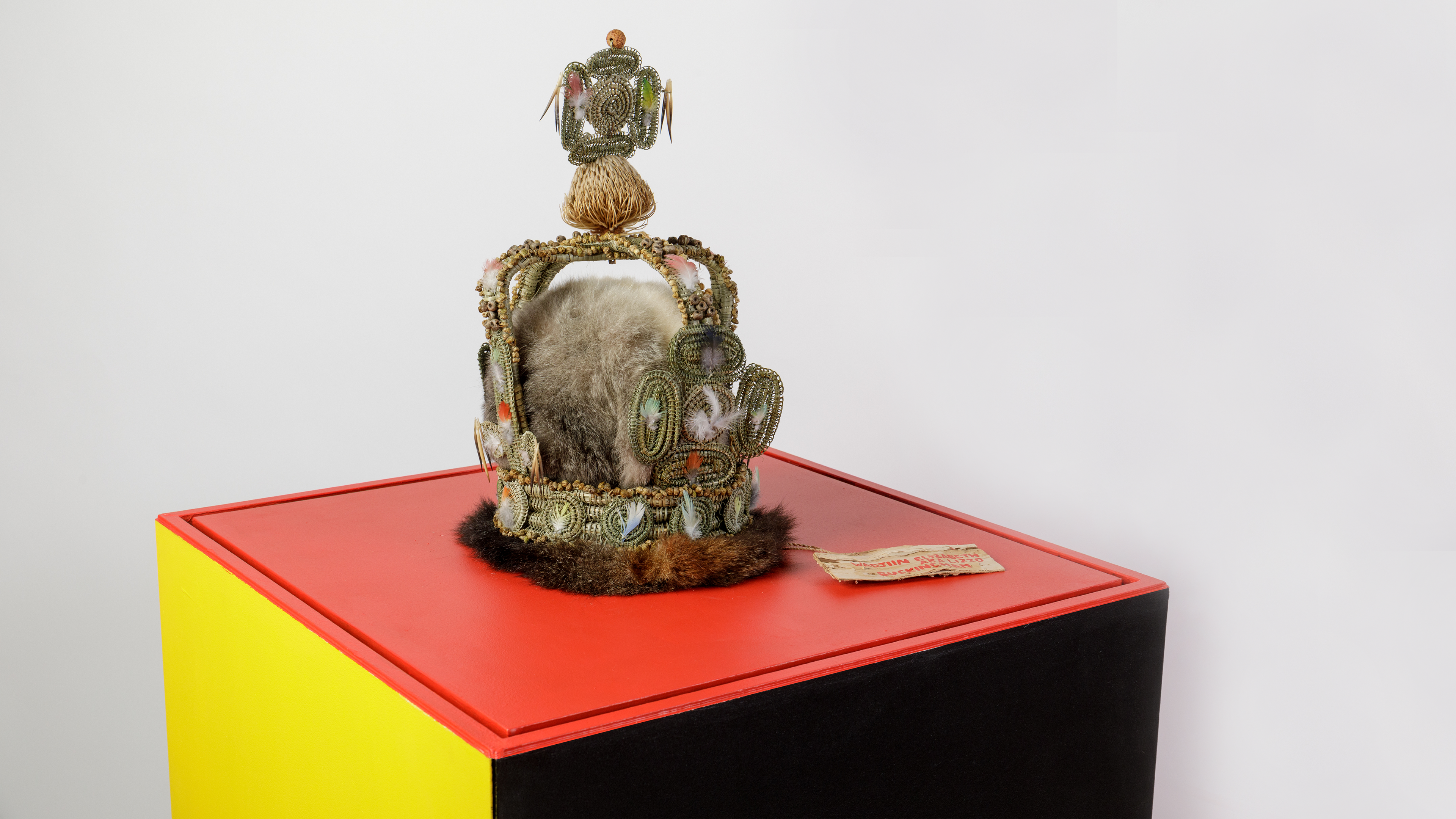 Crown Bugalaa was created in response to the Aboriginal and Torres Strait Islander Collections held without consent at the University of New England (UNE), on Anaiwan Country. The work was informed by First Nations oral histories and my own PhD research on Gomeroi weaving at the UNE, in Armidale NSW.

Although there is significant geographical distance between these institutions and UNE, their collections share many commonalities. Like the normalisation of institutions ‘acquiring’ and trading stolen cultural belongings and human remains. At any opportunity or following a massacre settlers and researchers would routinely raid and loot items from our family camps, personal dilly bags, and sacred, ceremonial and burial sites.

The reality is that the UNE’s Aboriginal and Torres Strait Islander Collections came to be through acts of attempted genocide of all First Nations Peoples and UNE knowingly benefit from those acts.

To me, these ‘conquerors’ trophy cabinets’ are not filled just with piled-up artefacts, but with our families’ personal belongings and our cultural inheritance – visual reminders of the beauty, intimacy and intricacy of our ancestors, countries and cultures.

This crown is my interpretation of St Edward’s coronation crown, the central ceremonial piece of the Crown Jewels of the United Kingdom. Where is my Gomeroi women’s ceremony?

If you were to take the crown apart (again), the jewels and gold would drip a global trail telling the story of attempted genocide against black and brown countries. How bloody royal and holy. 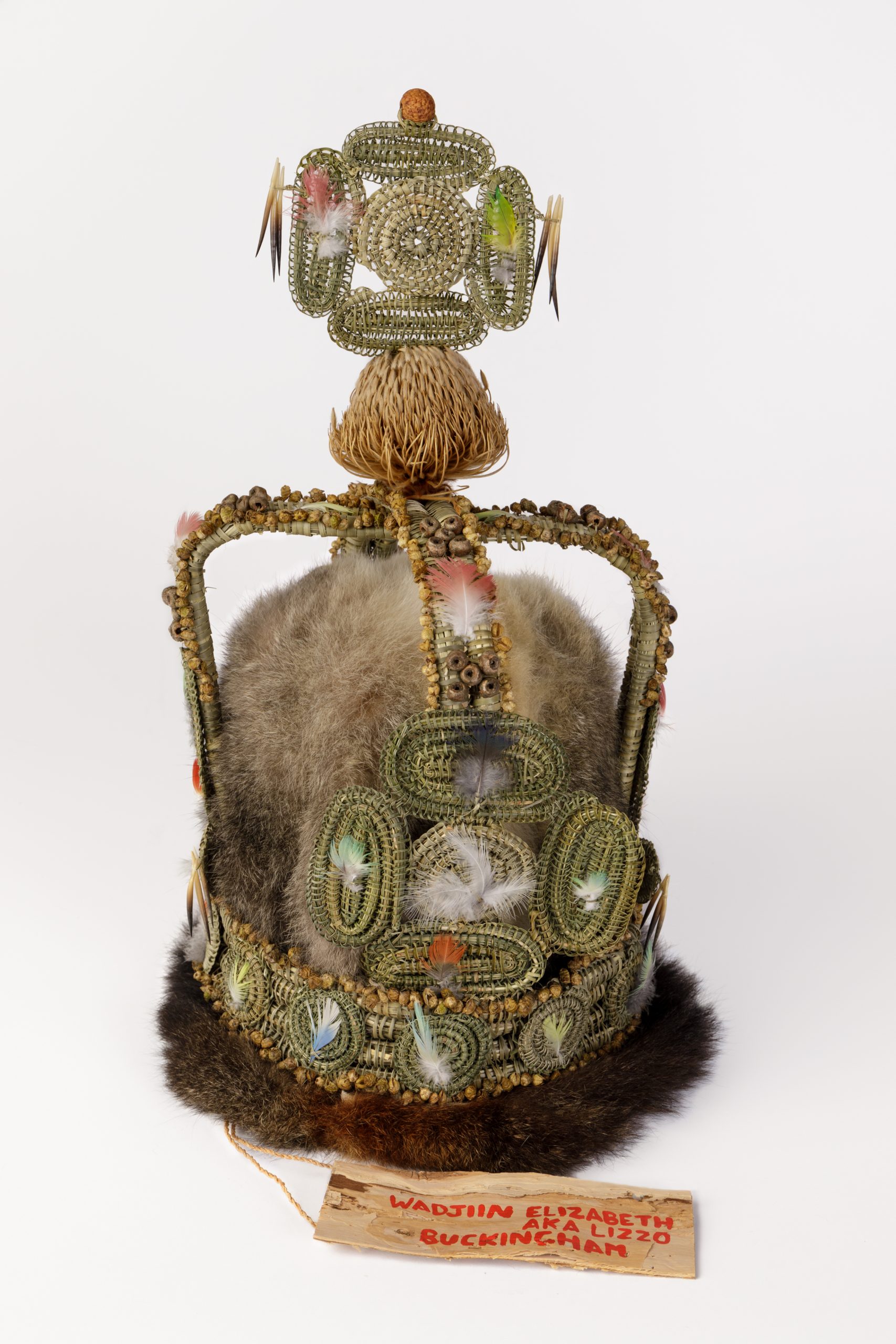 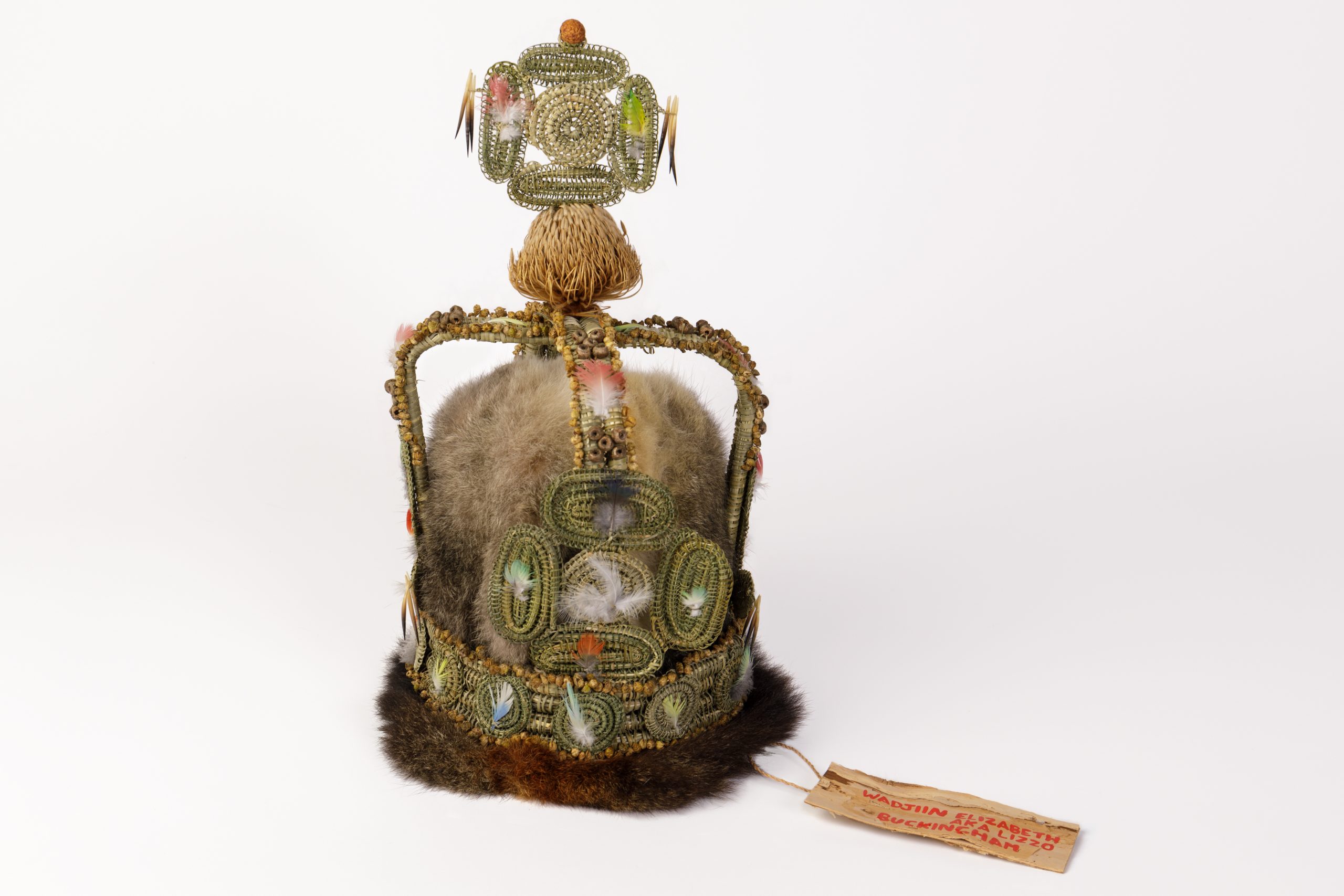 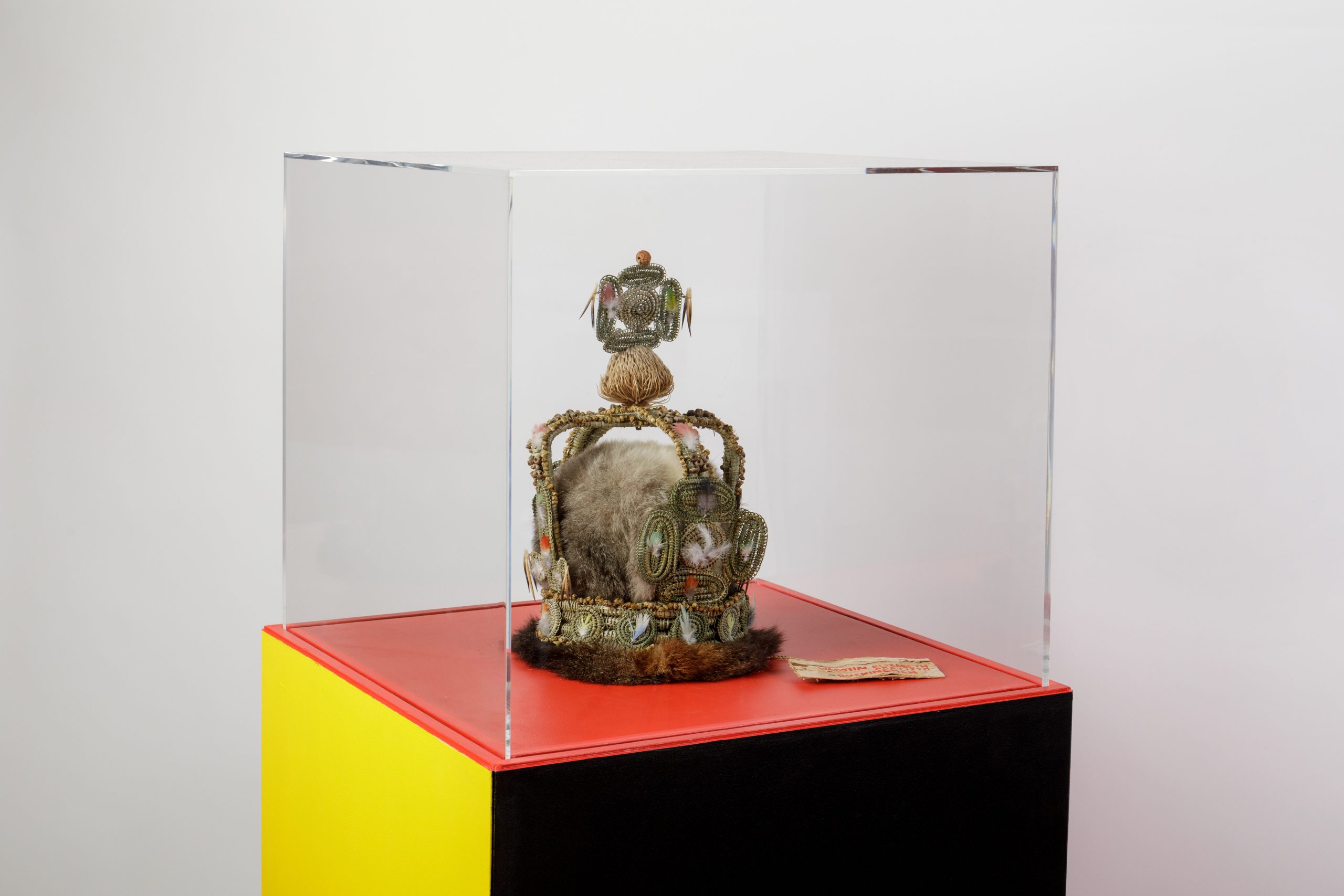 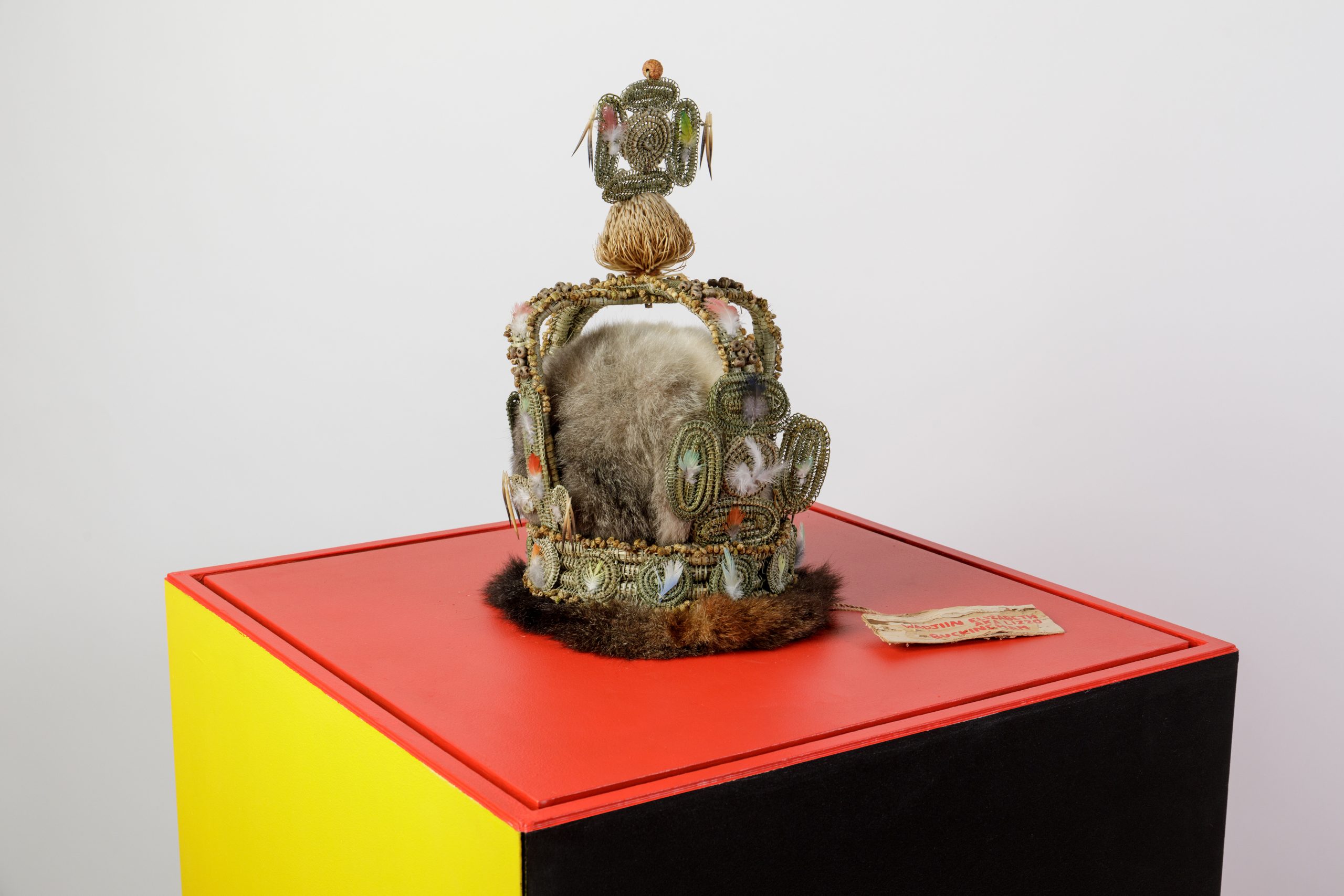 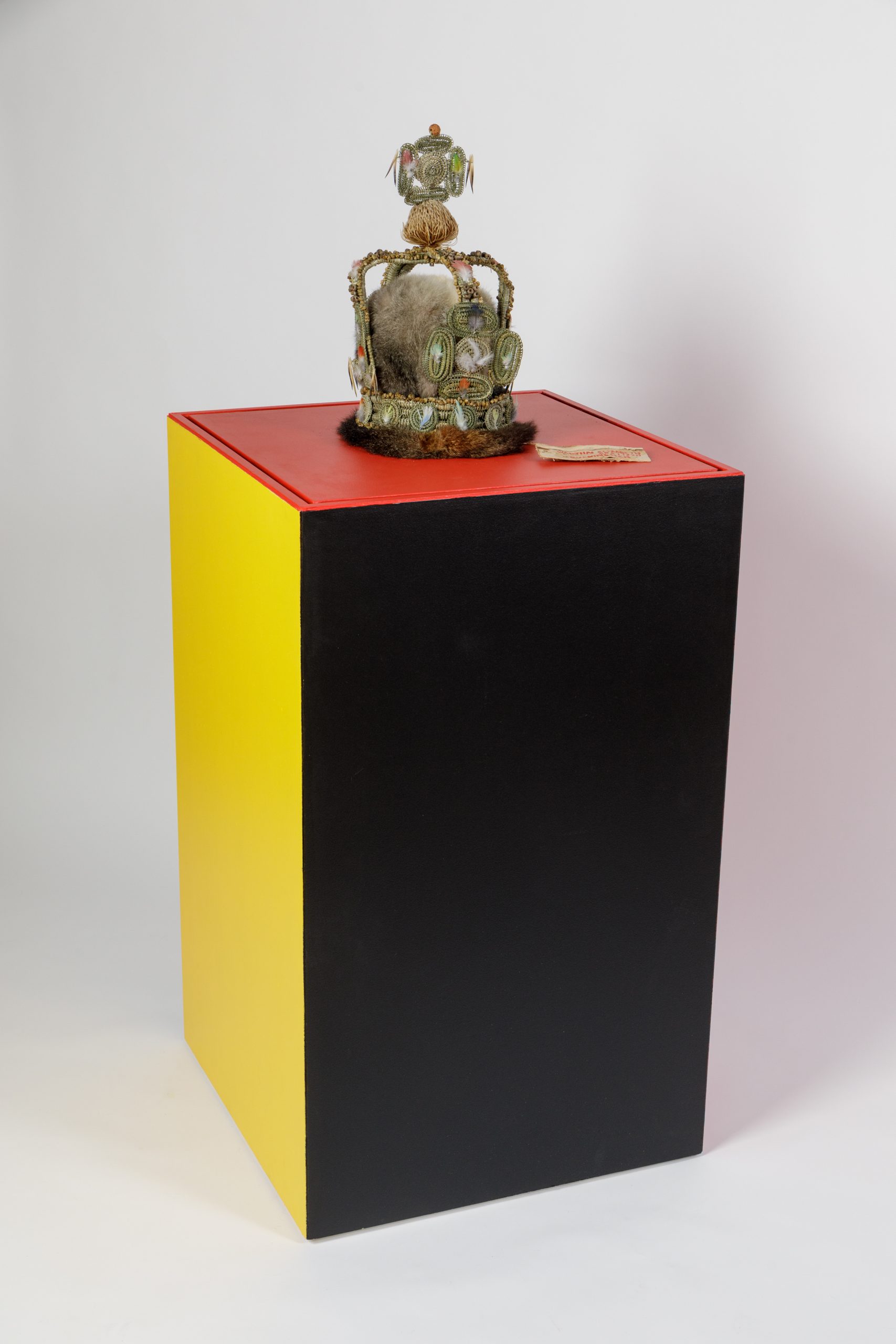 Amy is a Gamilaroi Yinarr and Mother, who was born in Moree and raised between there and Wiradjuri Country, Wellington NSW. A graduate of The Western Australian Academy of Performing Arts (WAAPA) specialising in Production and Design. Holding a strong career in the Arts and Culture dating back to 2004 and has seen Amy resident and tour internationally with First Nations companies Bangarra Dance Theatre, Yirra Yaakin Noongar Theatre Company and Ilbijerri Theatre.

Amy is currently in her final stages of completing her PhD, researching her ancestral weaving at the School of Environmental and Rural Science at the University of New England, Anaiwan Country. Amy is also the director, co founder and a weaver of Yinarr Maramali, a 100% Gomeroi women owned business. Yinarr uses responsible and natural materials collected by hand from Country to make a range of hand-woven baskets, coolamons, jewellery, dilly bags and sculptures.