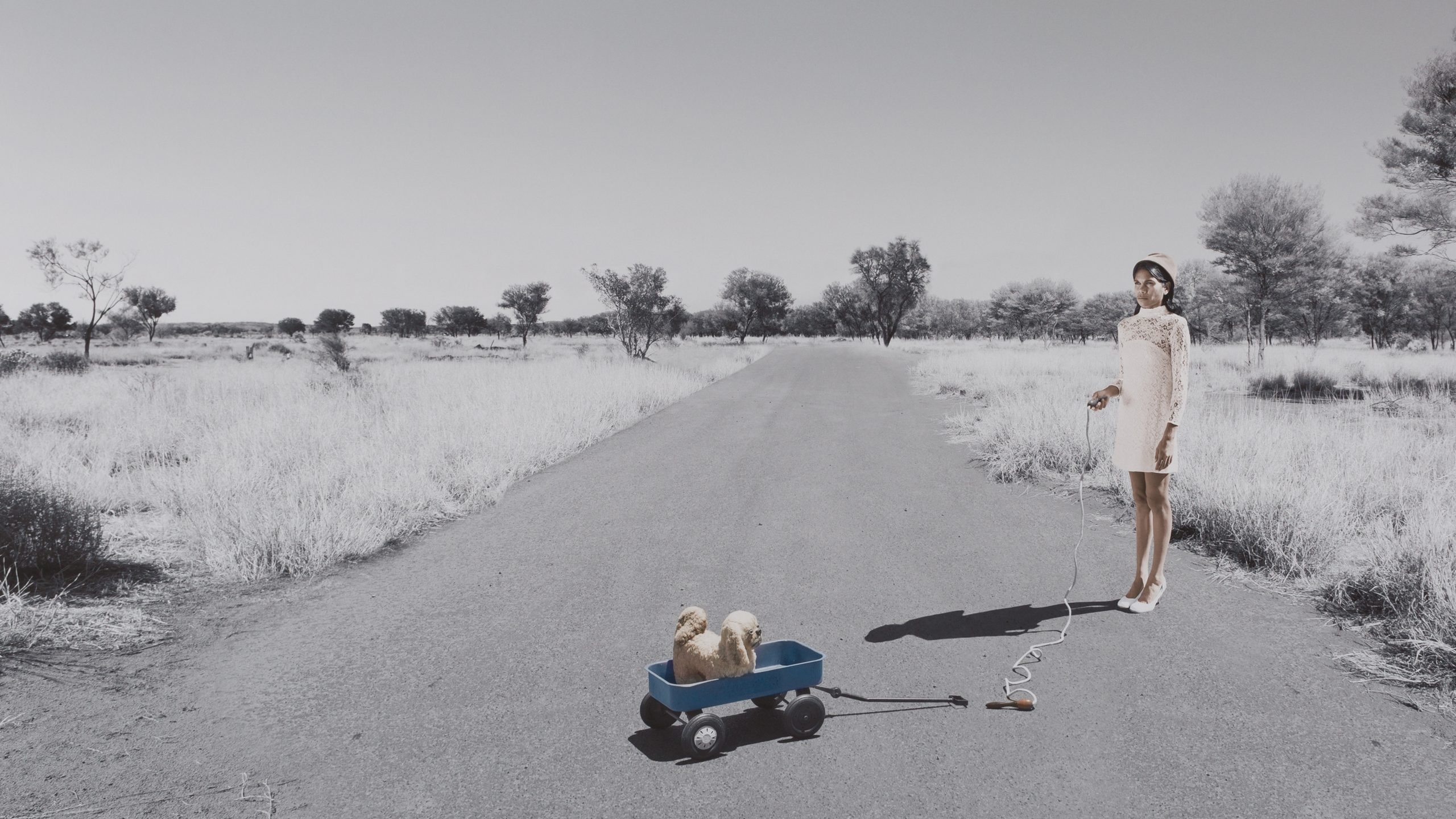 Relationships of Need with Michael Cook

Dusty roads that stretch endlessly through flat, dry scrubland are a defining feature of the Australian landscape. Underneath open blue skies, the environment takes on a surreal, ethereal state, stuck somewhere between the real and the unreal.

In Mother (Skipping Rope), artist Michael Cook (1968-) takes that same feeling of intangibility and instability and utilises it in a comment on motherhood, letting go and moving on. Although the Mother is the only figure in the image, she stands to the side, as though she is an afterthought, holding one end of the skipping rope- she is integral, necessary, but not the centerpiece.

The emptiness of the landscape looms in the majority of the image, alluding not only to the disconnect between generations – between Mother and child – but also serves to highlight the insignificance of the Mother in comparison. Where she is small, it is large; not unlike the responsibility of motherhood.

A small dog waits patiently in a pull-cart, as though its child could come back at any moment. In this, the dog echoes the position of the Mother, locked into place until given purpose, waiting. 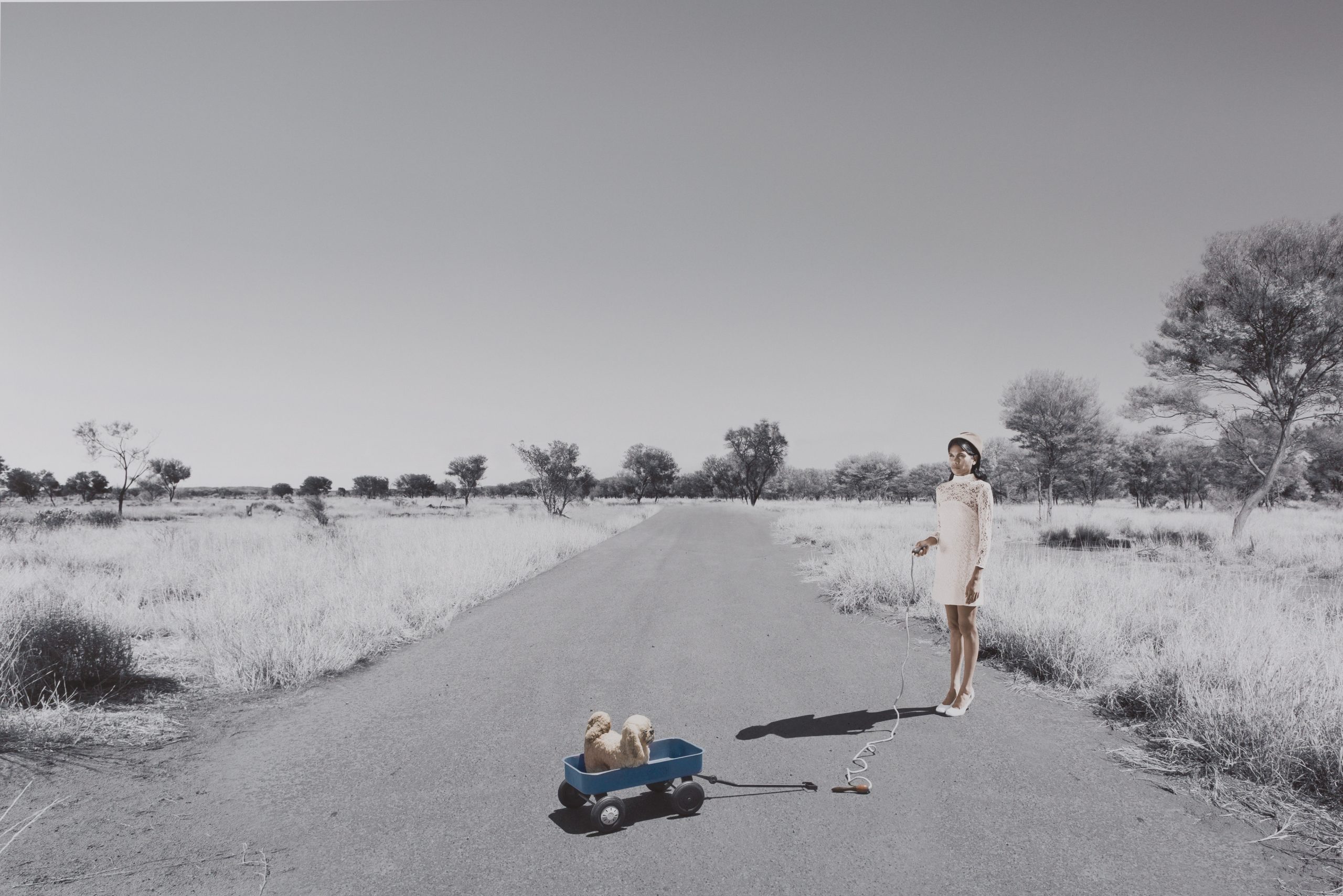