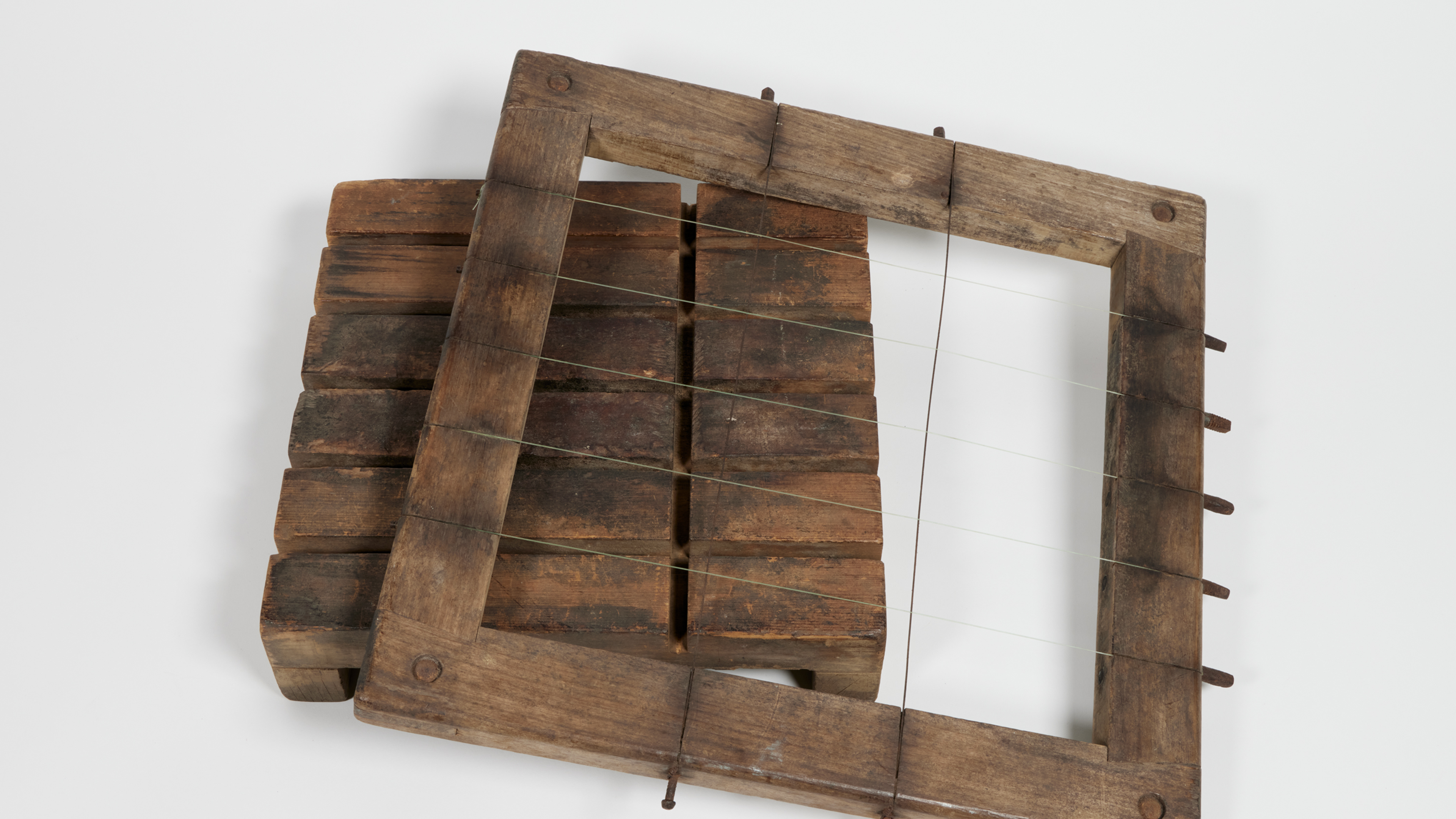 The first butter factory in Australia was established at Kiama, on the NSW South Coast, in the early 1880s. Until then the trade of dairy products occurred directly between the farmer and buyer. Butter was made in small quantities using centuries-old techniques to separate the cream from cow’s milk and churn it into butter.  It was made for use by farming households and any excess was sold to neighbours, or at markets and through stores in nearby towns.

This ‘butter cutter’ was used in the Berry district, near Kiama, where commercial-scale dairy farming was established in the late nineteenth century. A simple device made from wood and wire the butter cutter was used to cut a 9-pound slab (just over 4 kilograms) of butter into more manageable and saleable half-pound (just over 225 grams) blocks.

To operate, the frame was held horizontally above the butter and then pressed downward so that the wires cut through the butter in straight, clean lines. The resulting half-pound blocks were then wrapped in paper packaging for transport and sale. Eventually, producers saw an opportunity to brand their product by adding their name and pictures to the wrappers, or by pressing pictures, using a  butter stamp, into the butter.

The labelling or branding butter packaging established as different dairy regions became renowned for quality dairy produce and consumers increasingly wished to know the region or  producer the butter came from.

This particular cutter was used to process modest amounts of butter, and probably on a family farm. When butter factories were established and the scale of production increased, bigger and more automated butter-cutting machines were employed. 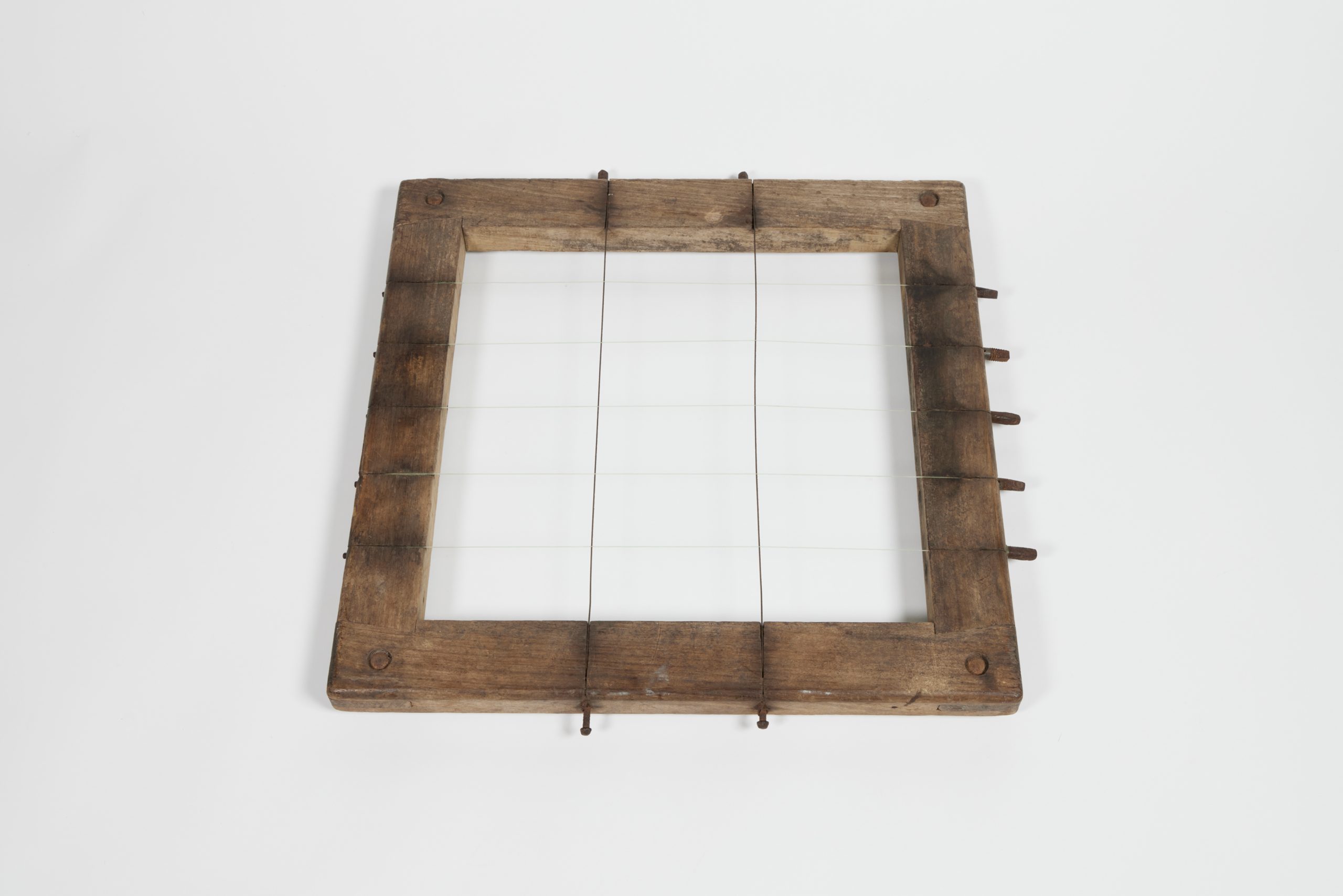 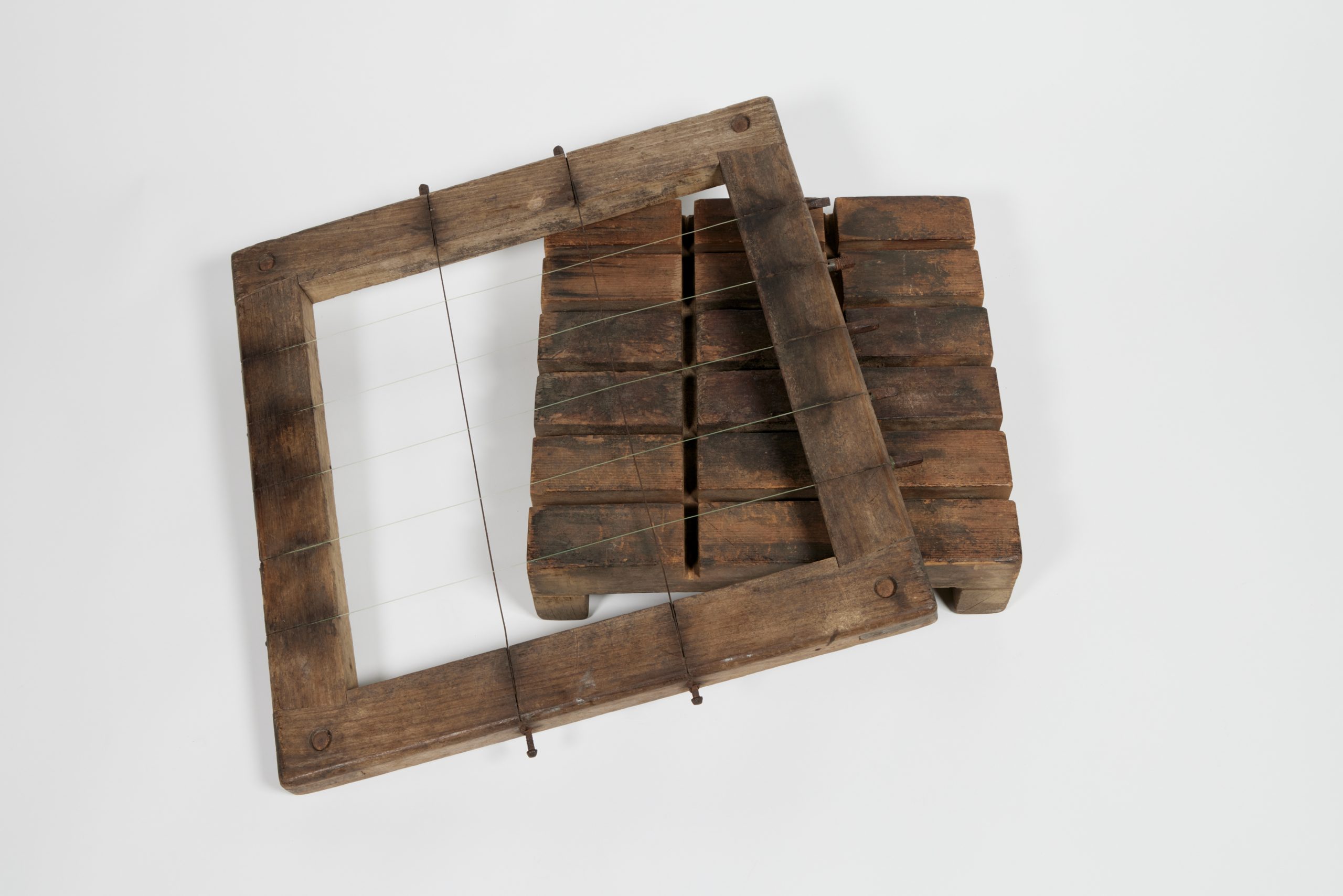 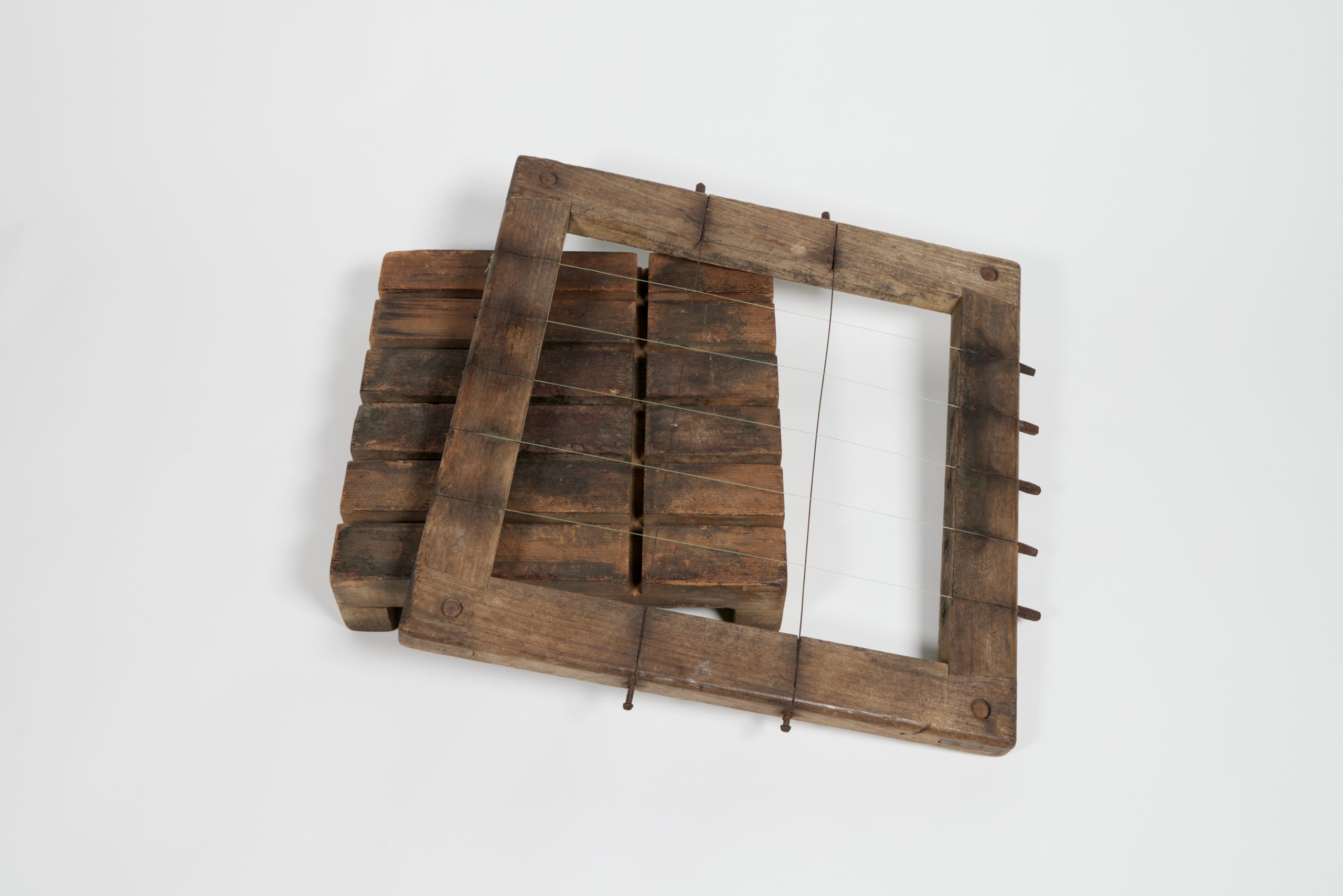 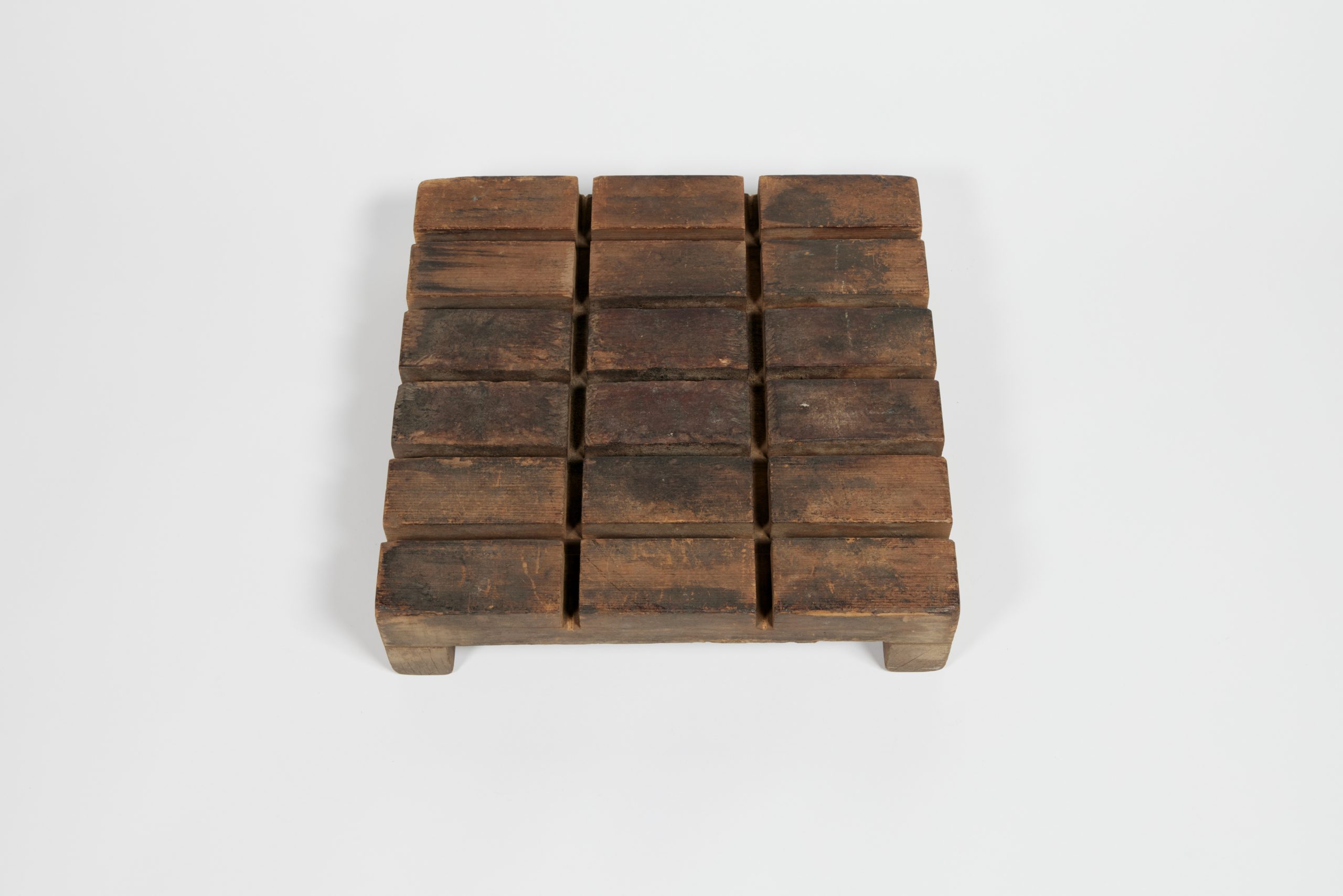 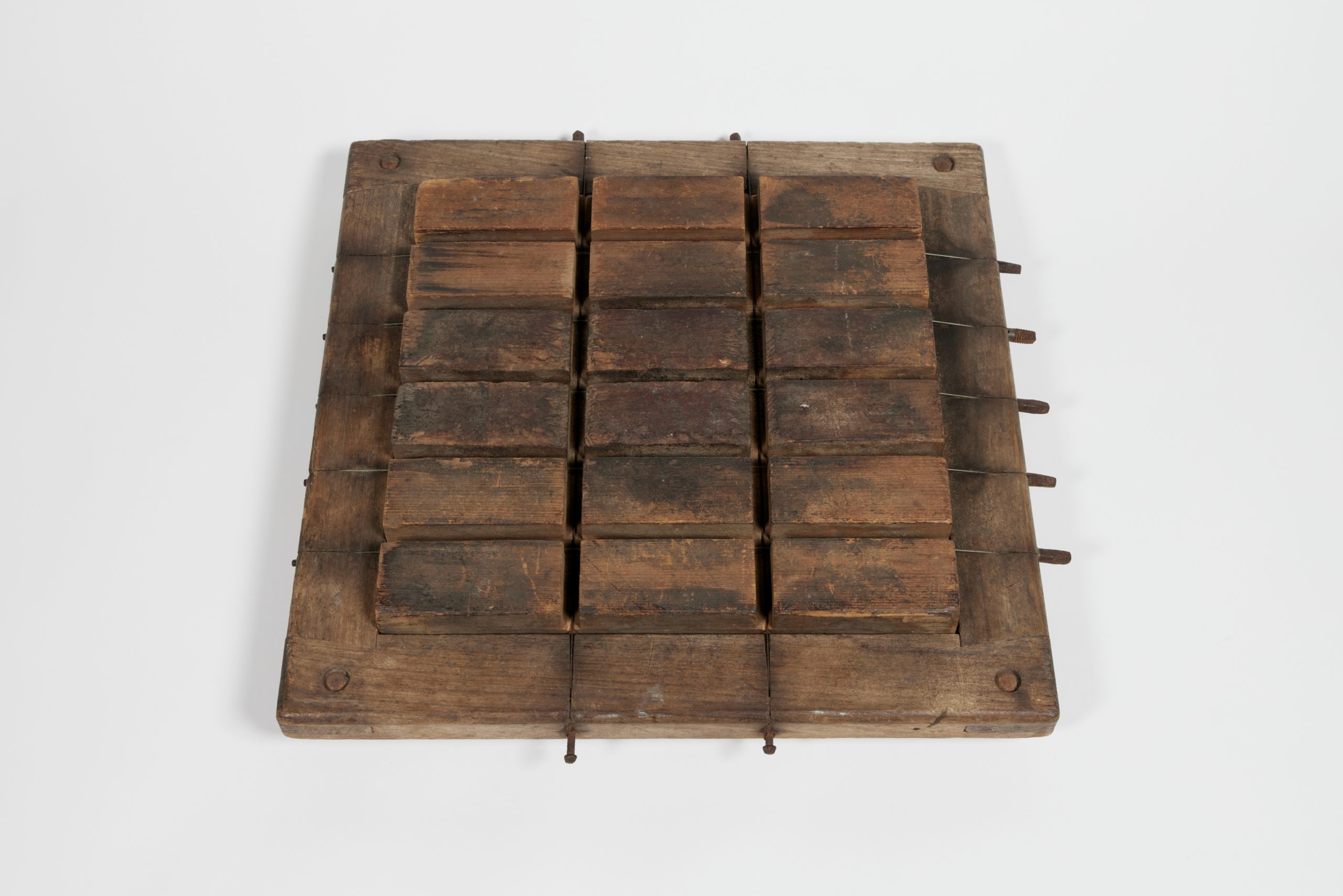 ‘The History of the Australian Dairy Industry and its People’, Dairy Australia website (accessed 2022).

Fellows of the Australian Academy of Technological Sciences and Engineering, ‘Dairy Products’, chapter in Technology in Australia 1788-1988, published 1988 (accessed 2022).