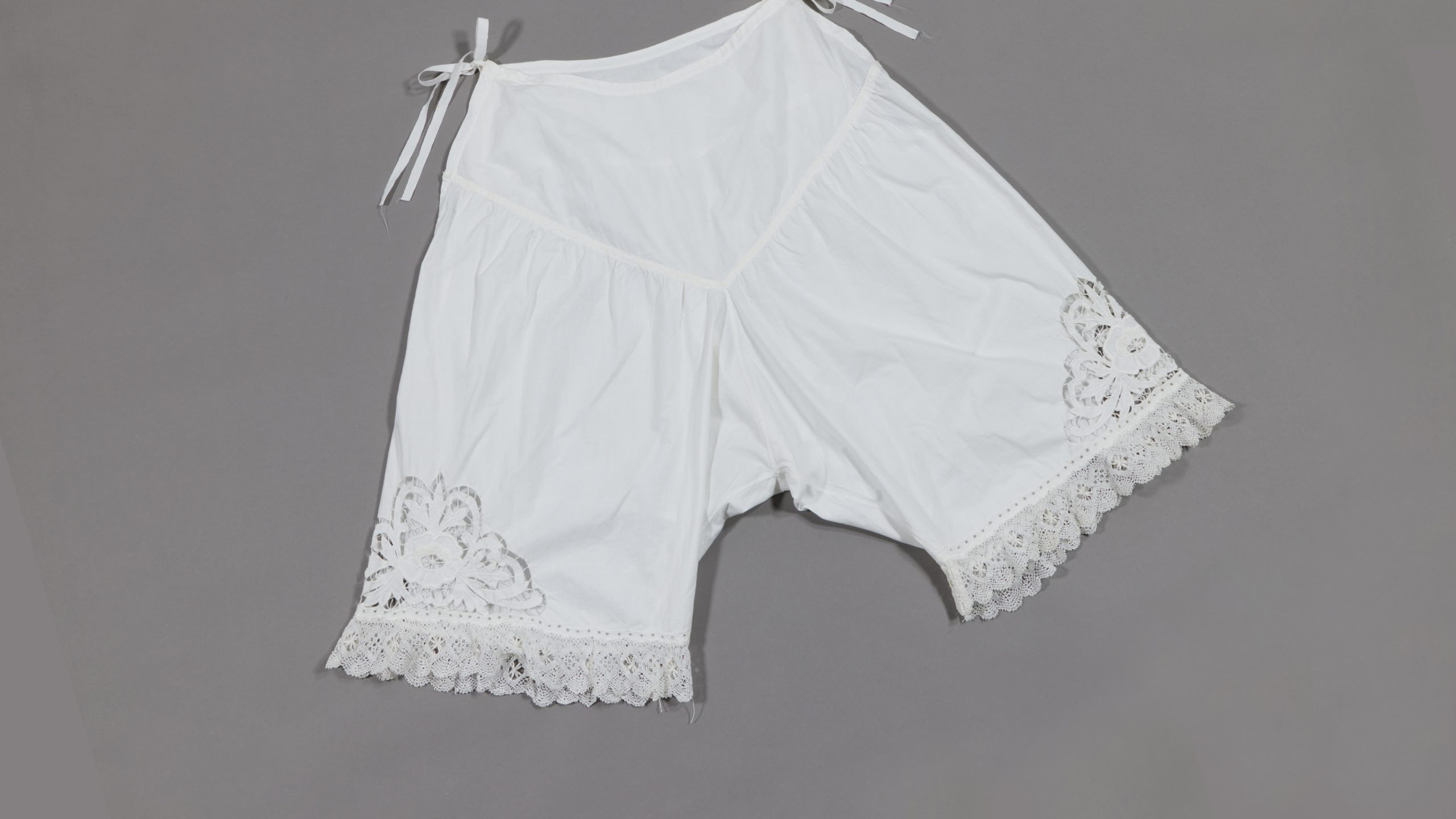 A Scottish Emigrant and her Knickers in Berry

When packing to travel to the other side of the world, what does an Edwardian woman put in her trunk? Knickers, of course. This machine-made pair, with their fancy cutwork embroidery and handmade torchon lace seem to have a very full front. Were they made to be worn by a pregnant woman? Was that why young Glasgow woman, Theodora Davidson Dick (née Moodie) (1892-1995) packed these knickers, because they reminded her of when she carried her only son James before his birth in 1914?

Theodora grew up in Glasgow, the only child of parents Roland and Ellen Moodie. In 1913, she married farm servant William Jackson Dick, and she gave birth to their son a year later. By 1925 they had emigrated to Albany in Western Australia.

By the final decade of the nineteenth century, the functional old Victorian underwear called drawers had been thrown aside for more attractive knickers like these, with tempting trimmings decorating the knees. After Theodora brought these knickers with her to Australia, she may have worn them for a few more years or just kept them as a souvenir of Scotland.

After Theodora’s husband died in 1937, she and teenage son Jim moved to the east coast of Australia, to live at Old Wingello Road, Bundanoon. By 1977 they had found a new home in the lush countryside near Berry, probably attracted by the Scottish character of the landscape and the descendants of Scots who had settled there in the nineteenth century. Settling on a dairy farm named ‘Glenview’, on Strongs Road, Jasper’s Brush, established by the Strong brothers in the early twentieth century, Theodora lived until the grand age of 104. 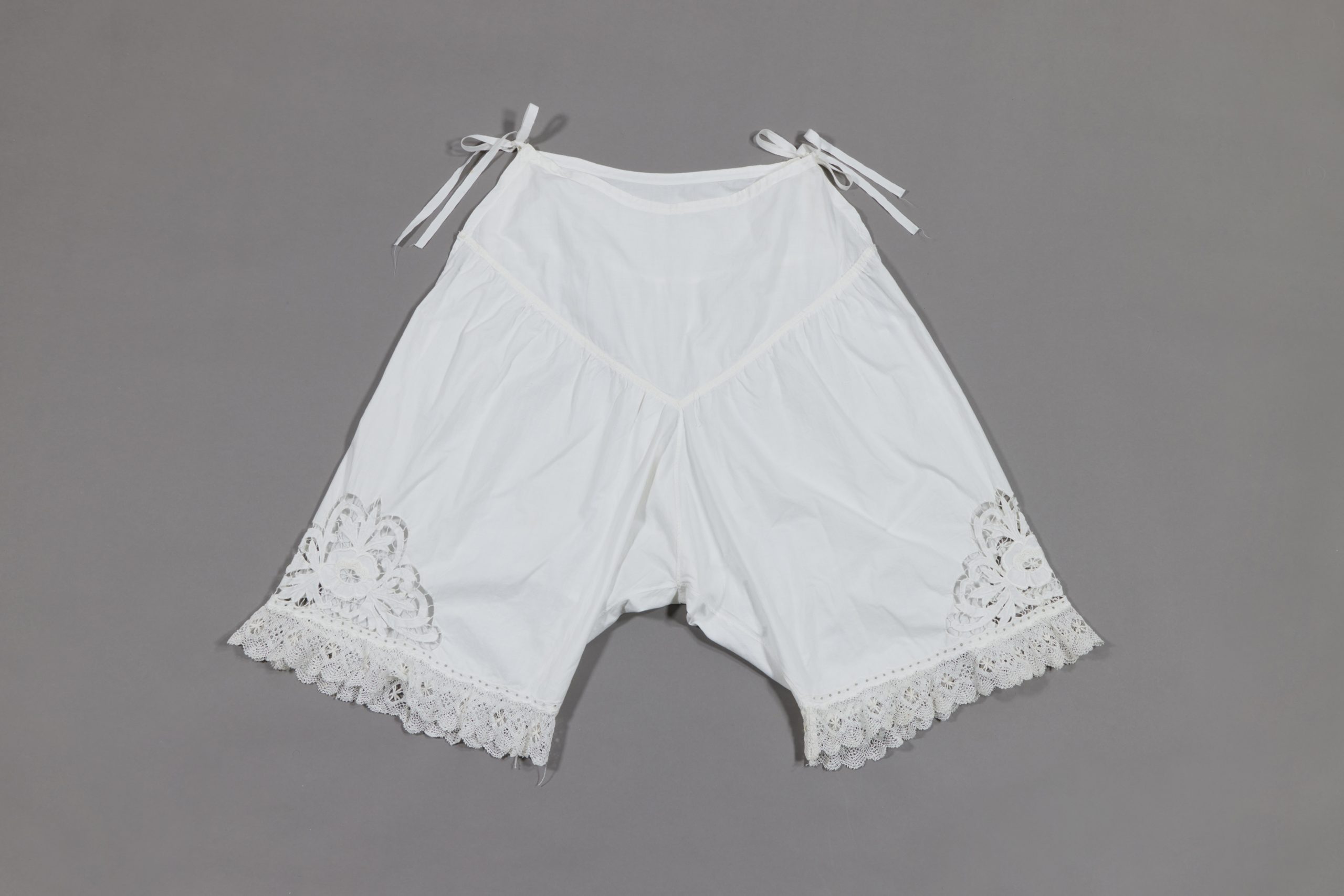 machine made white cotton drawers, openings at either side tied with cotton tape, edged with handmade ‘torchon’ lace