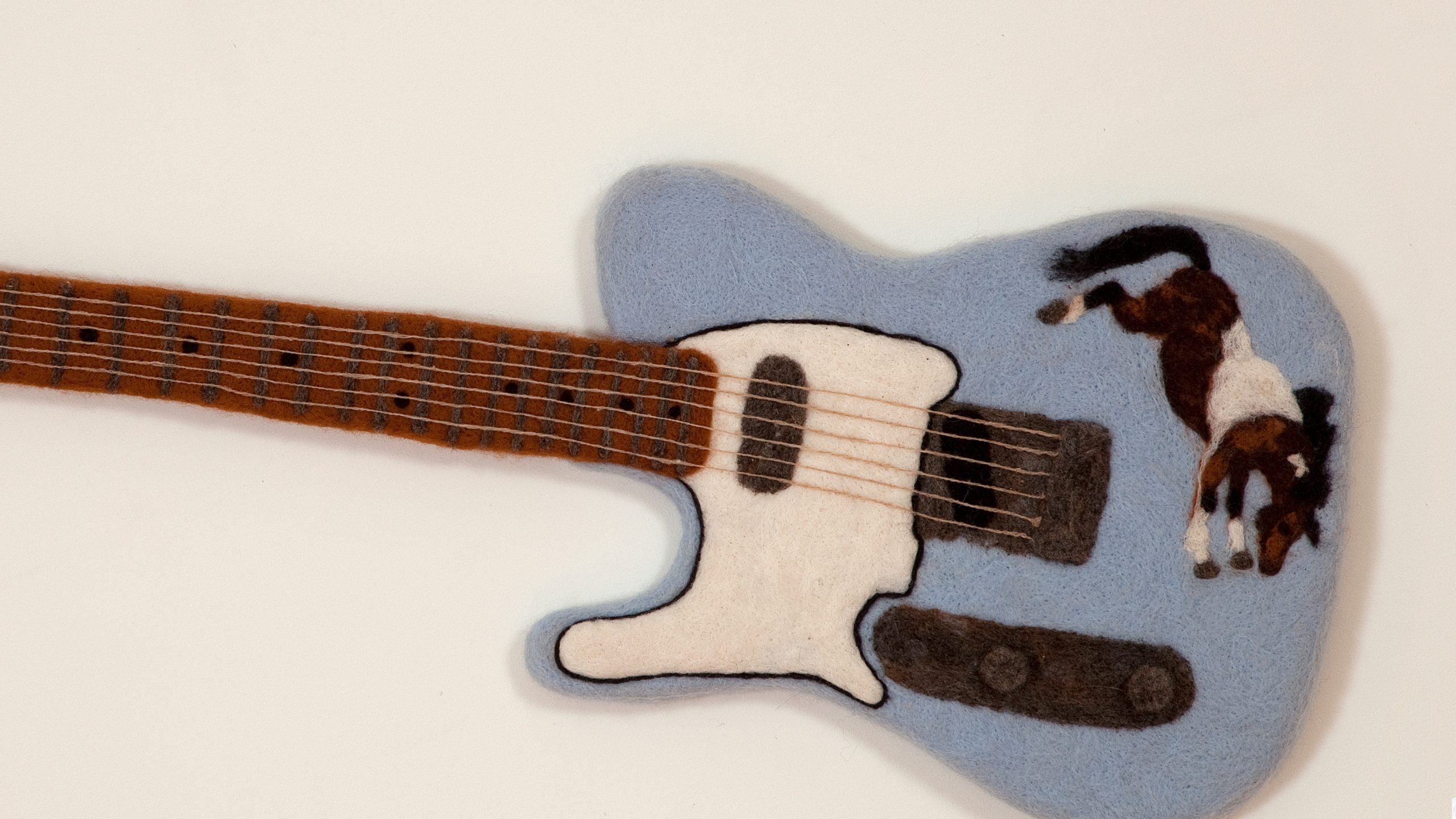 Described as a ‘painters painter’, Lucy Culliton has been a finalist in several Archibald, Wynne and Sulman art prizes, marking her as one of Australia’s leading representational contemporary painters. Known for her depictions of found object assemblages, landscapes, and portraits of people and animals, art critic John McDonald described her work as being a ‘perfect reflection of her personality: big hearted, unpretentious and highly colourful.’

In 2010, her contribution to Tamworth’s annual (1995-present) It’s a Guitar Shaped World exhibition wasn’t a painting but instead this life-size felt guitar and its case. Typical of her paintings, the guitar is depicted as a fun, colourful object with a high attention to detail. The instrument, a Fender Telecaster, is popular with country music guitarists, although this is a rarer, left handed model. The horse motif on the guitar’s pale blue body represents the artist’s own horse.

Three years before this object was created, Culliton produced a series of work titled Show that featured depictions of domestic arts and crafts commonly found at country shows. The playful whimsy of this felt arts and craft guitar connects it to that previous show. The details and personal elements connect it to the rest of the artists body of paintings, marking it as a great example of the humorous and bizarre exhibits It’s a Guitar Shaped World has generated. 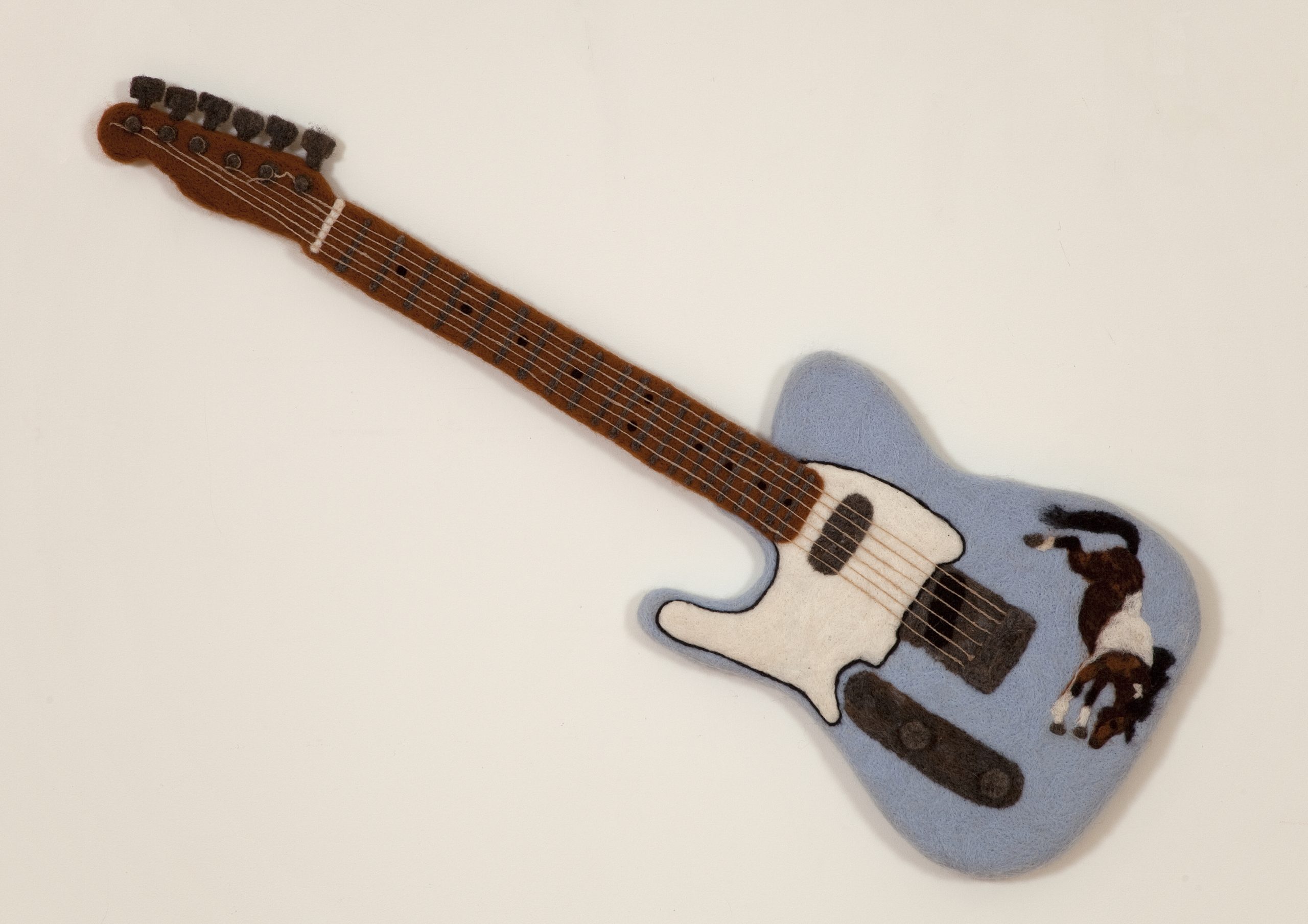