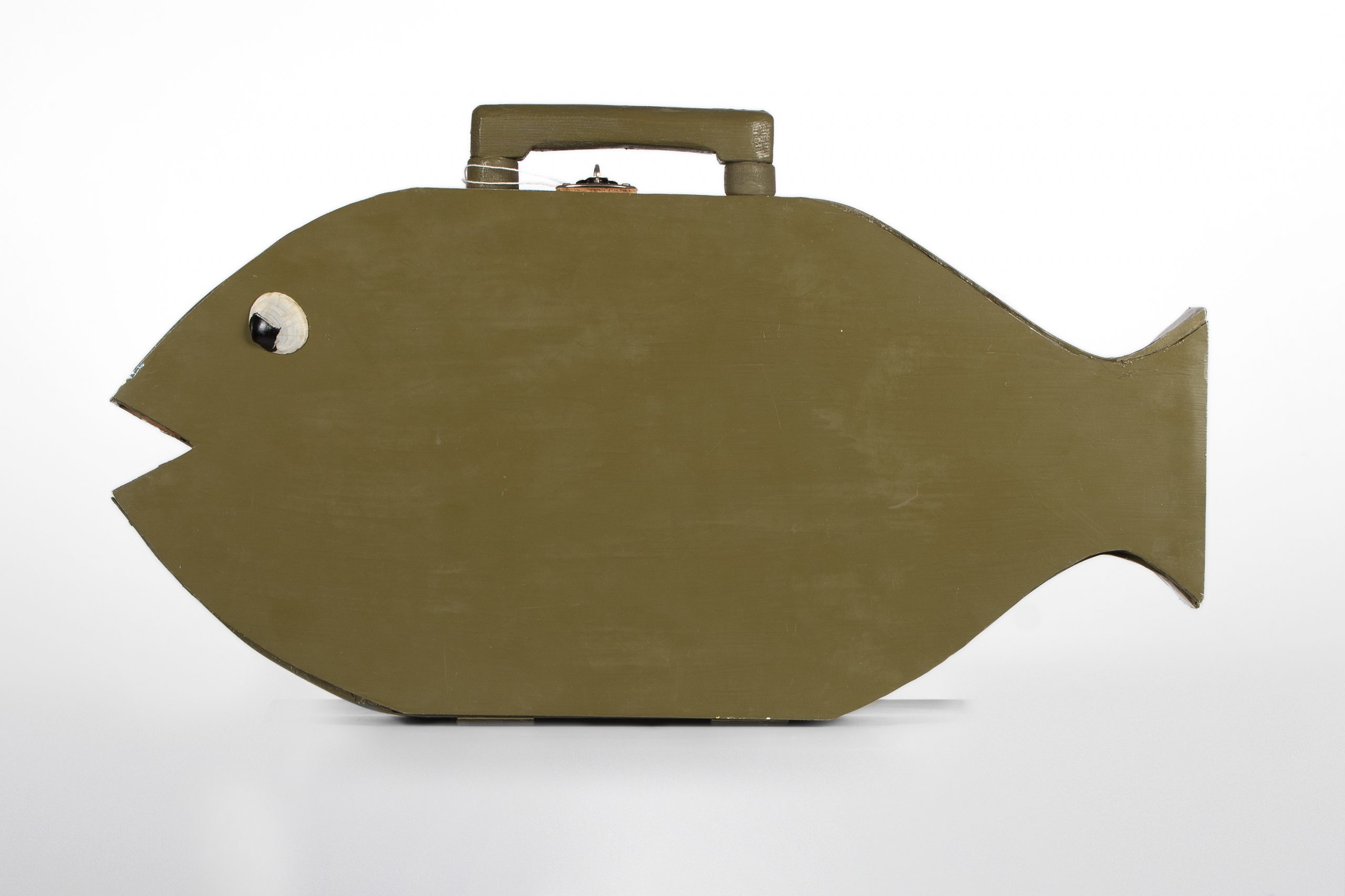 Parsons’ Escape From the Musical Limelight

Celebrated as a superb showman, with a dry wit and infectious smile, Gordon Parsons (1926-1990) toured Australia extensively, recorded 21 singles and seven albums, and won several country music awards. But Parsons was a reluctant performer and loved the quiet life, ‘I’d just as soon poke around the bush … I’d rather be fishing than anything else’.

In 1956-7, Parsons joined fellow country music star Slim Dusty on tour, writing ‘A Pub with No Beer’, which was later recorded by Dusty and became one of the best-selling records in Australian music history. Gordon and Slim shared a love of fishing, and their tours were often paused for fishing interludes.

Just like the title of one of his hits, Parsons responded to the ‘Call of the Bushland’. He kept a caravan near Gosford, where he would go fishing to escape city. It was probably while staying in his caravan that Parsons fashioned this quirky creature from a seed pod and tacked together this fish-shaped tackle box.

These novel handicrafts represent both his love of the bush and fishing, which Parsons’ preferred to the intensity of life as a performer. Born and bred near Bellingen, NSW, Parsons’ bush ballads were written and performed from the heart, the lyrics reveal his origins and his affinity with ‘the bush’. 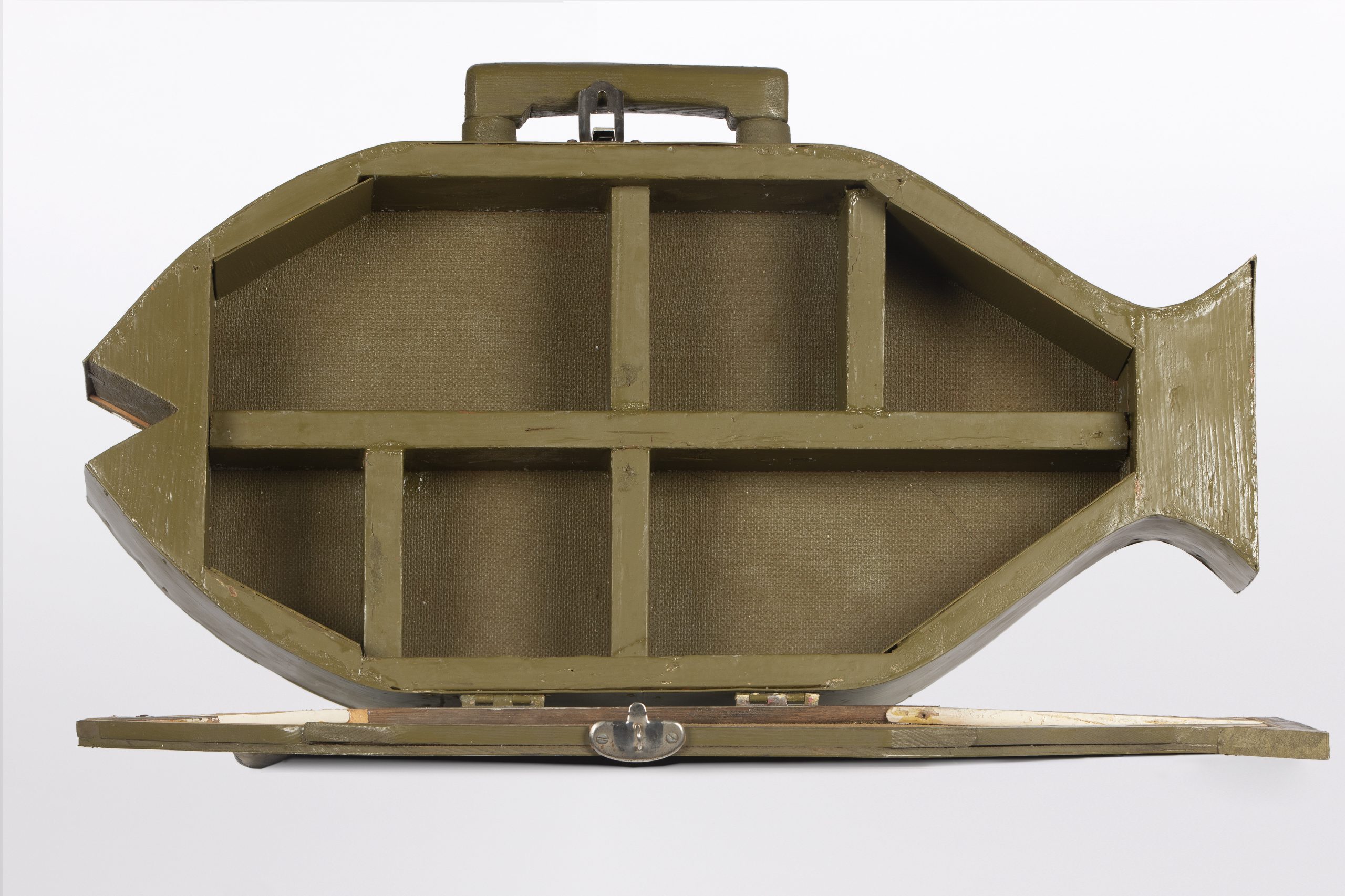 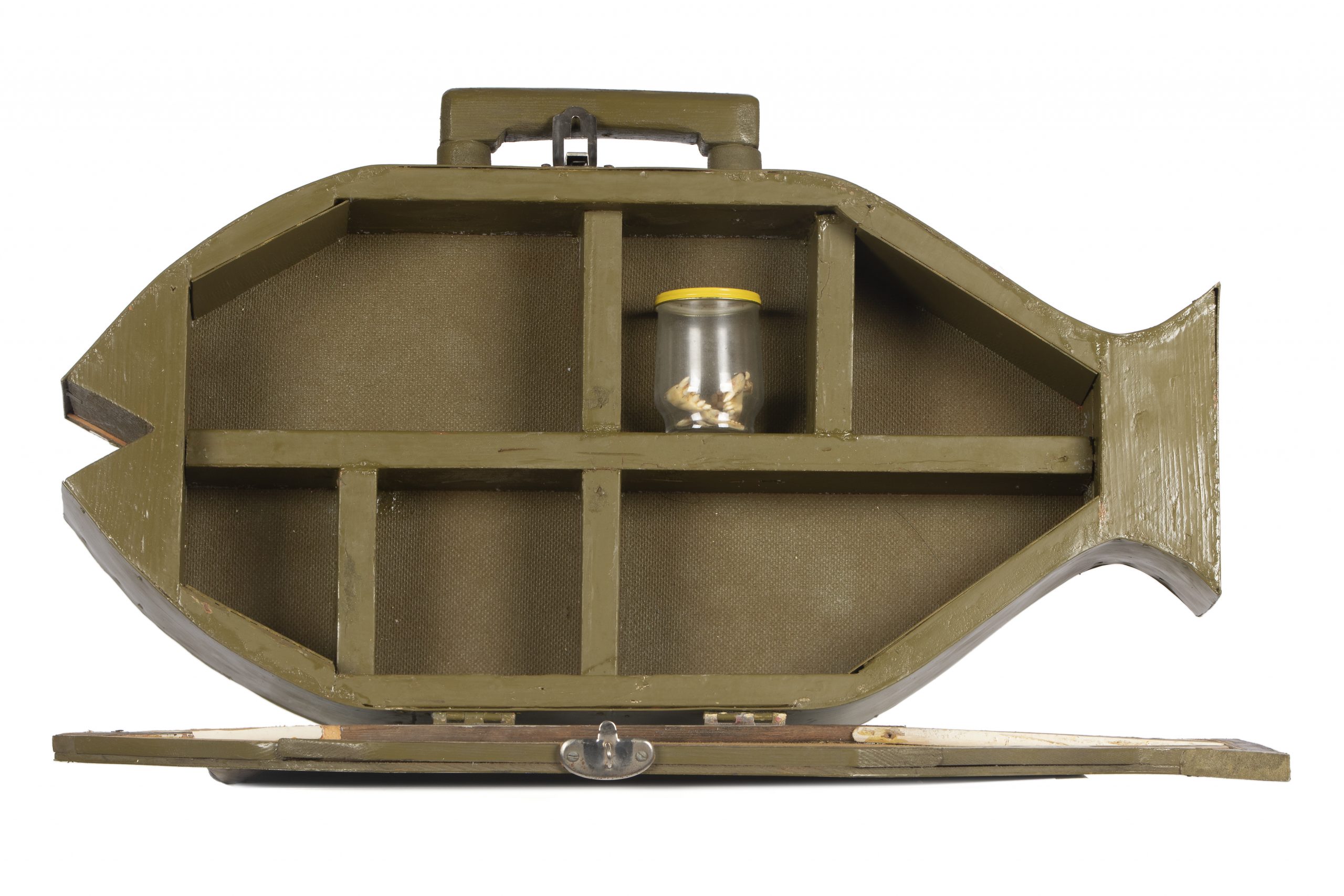 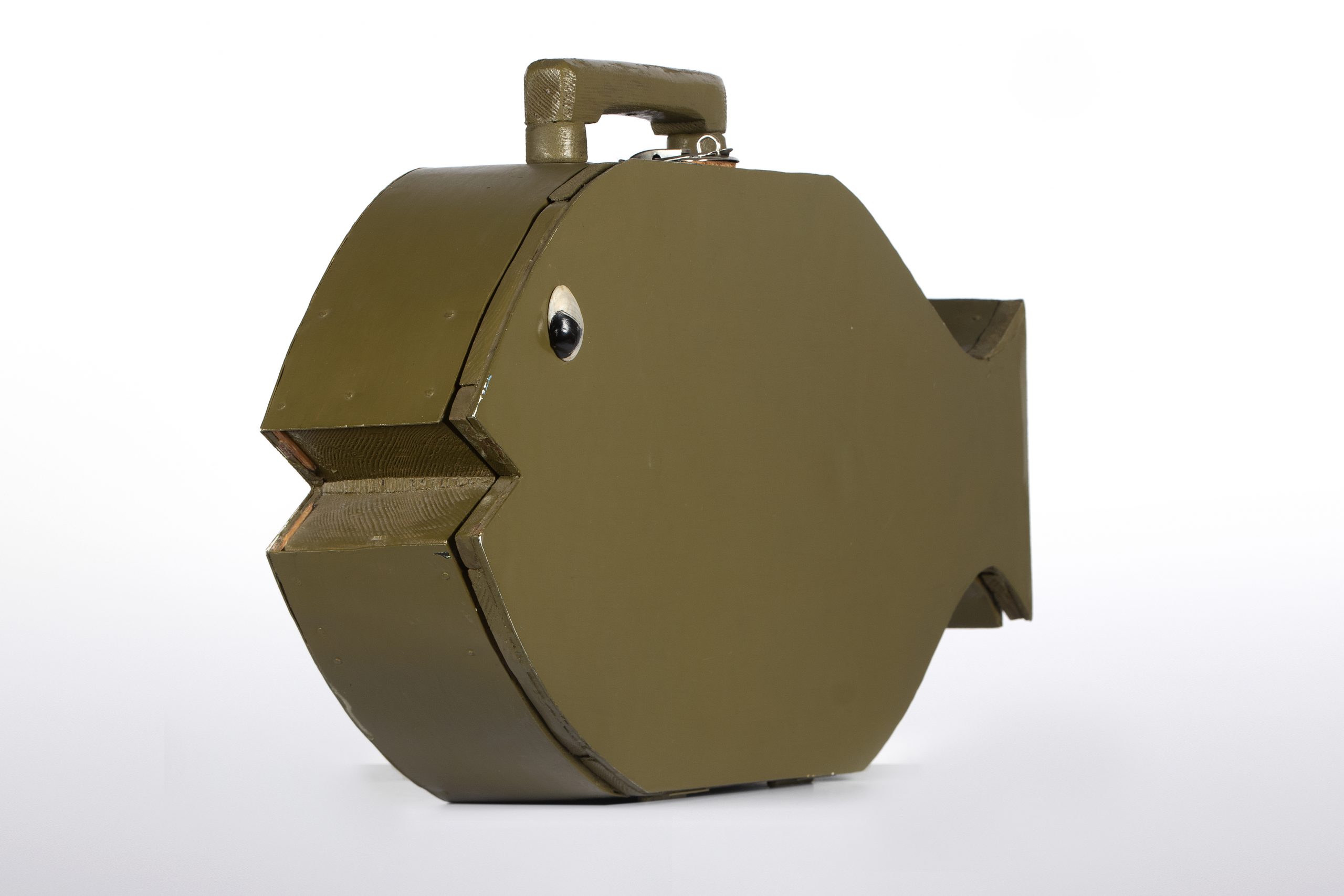 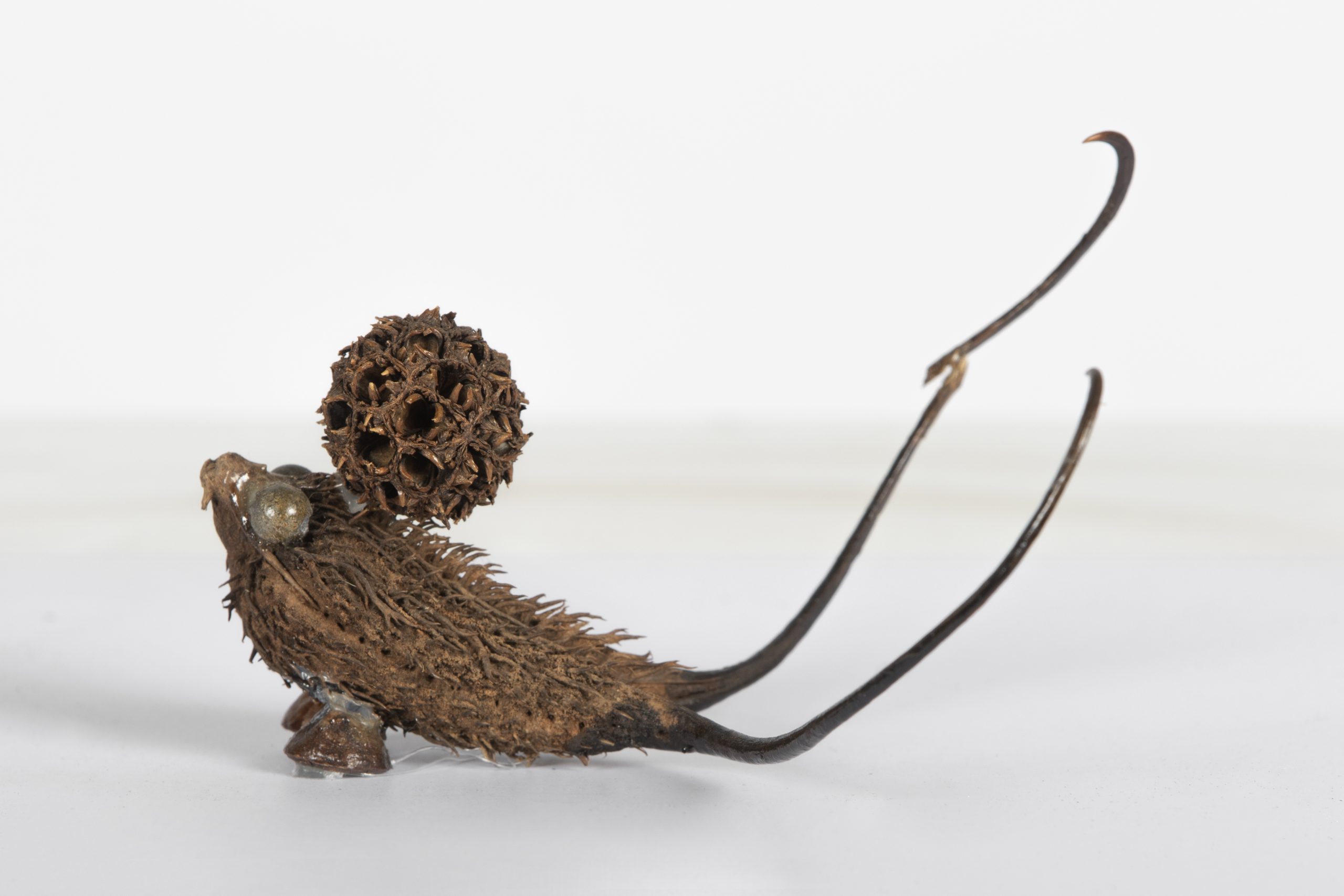 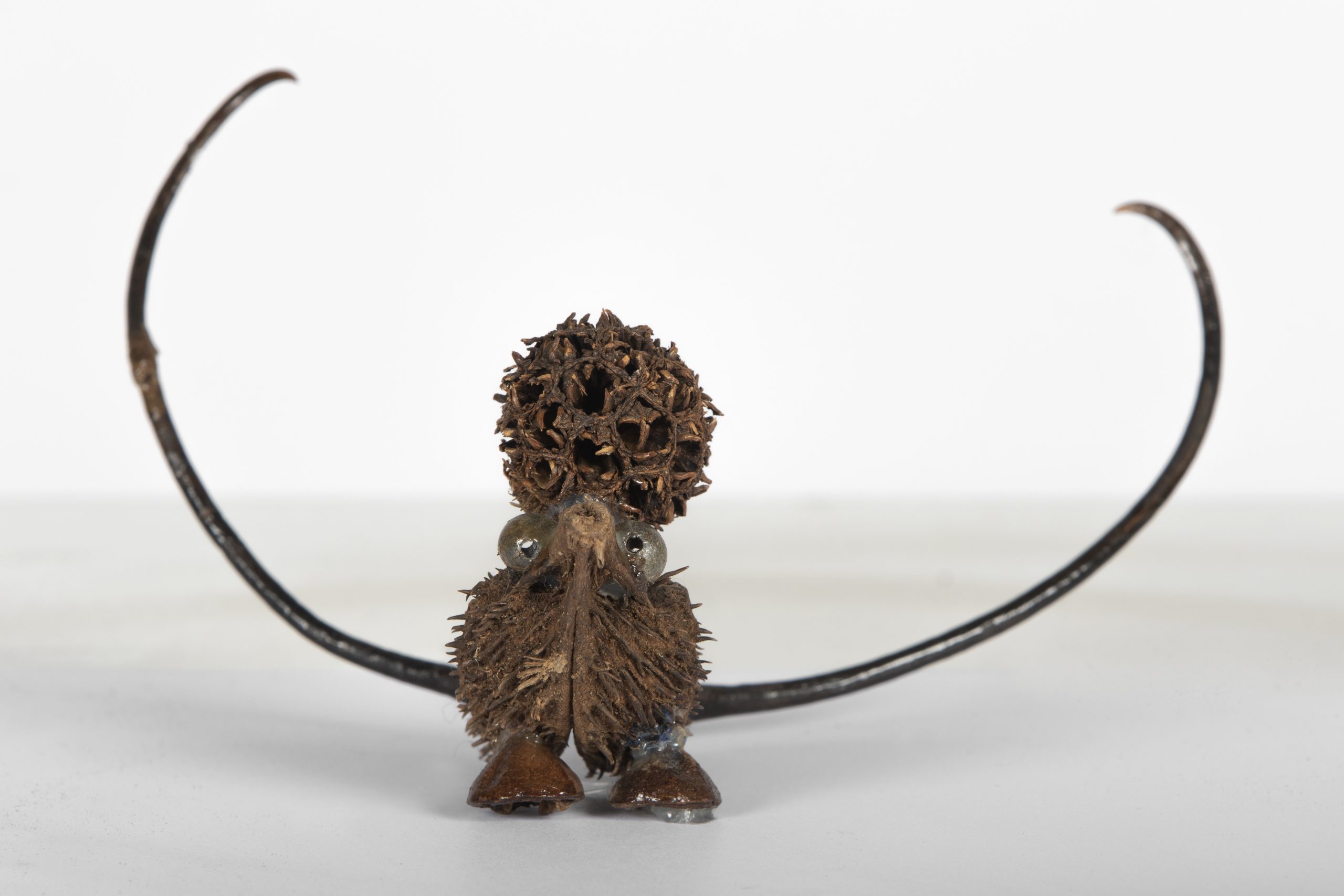 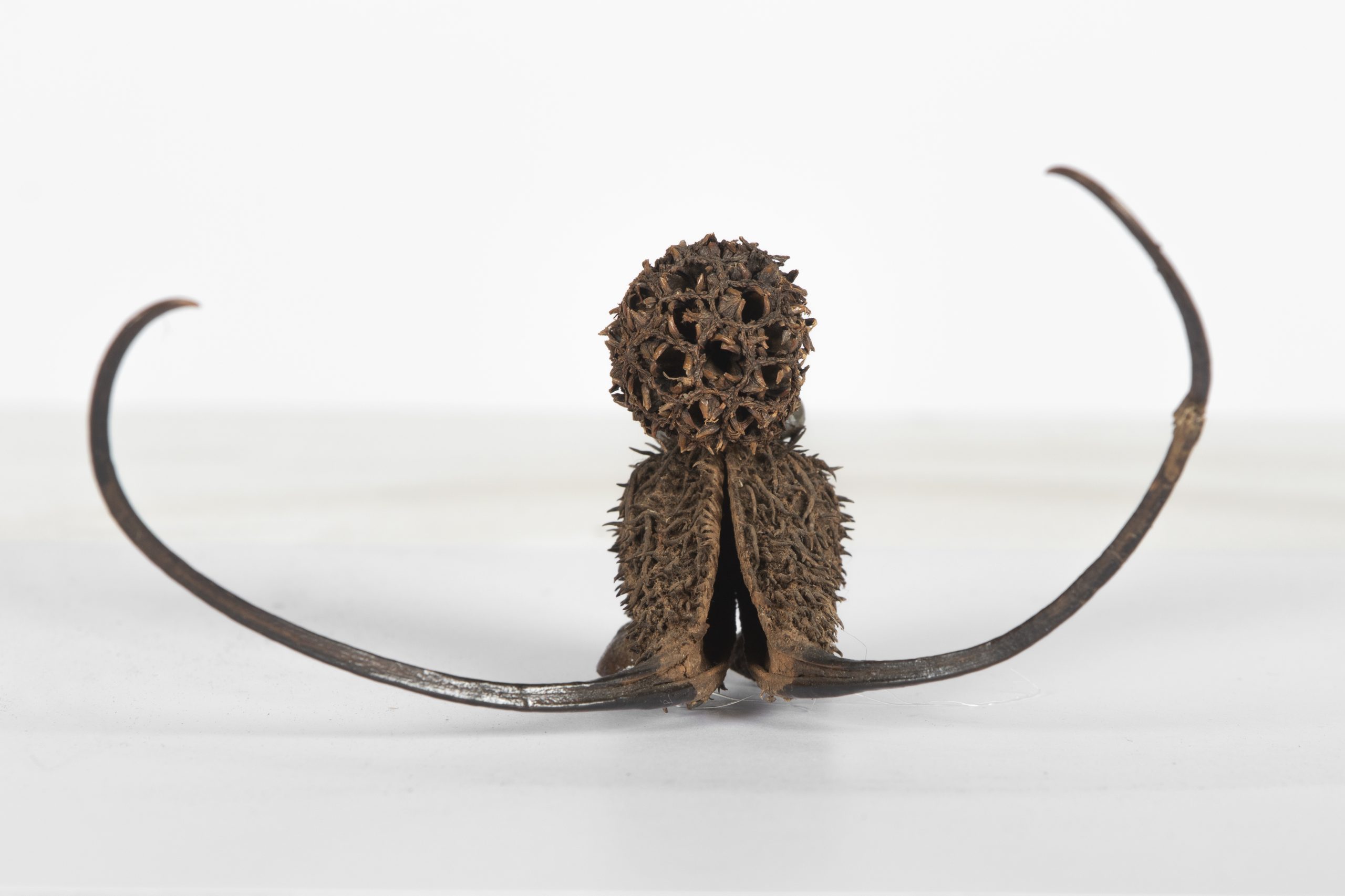 Paul Byrnes, ‘A Pub with No Beer’, Australian Screen: An NFSA website (accessed 2021).