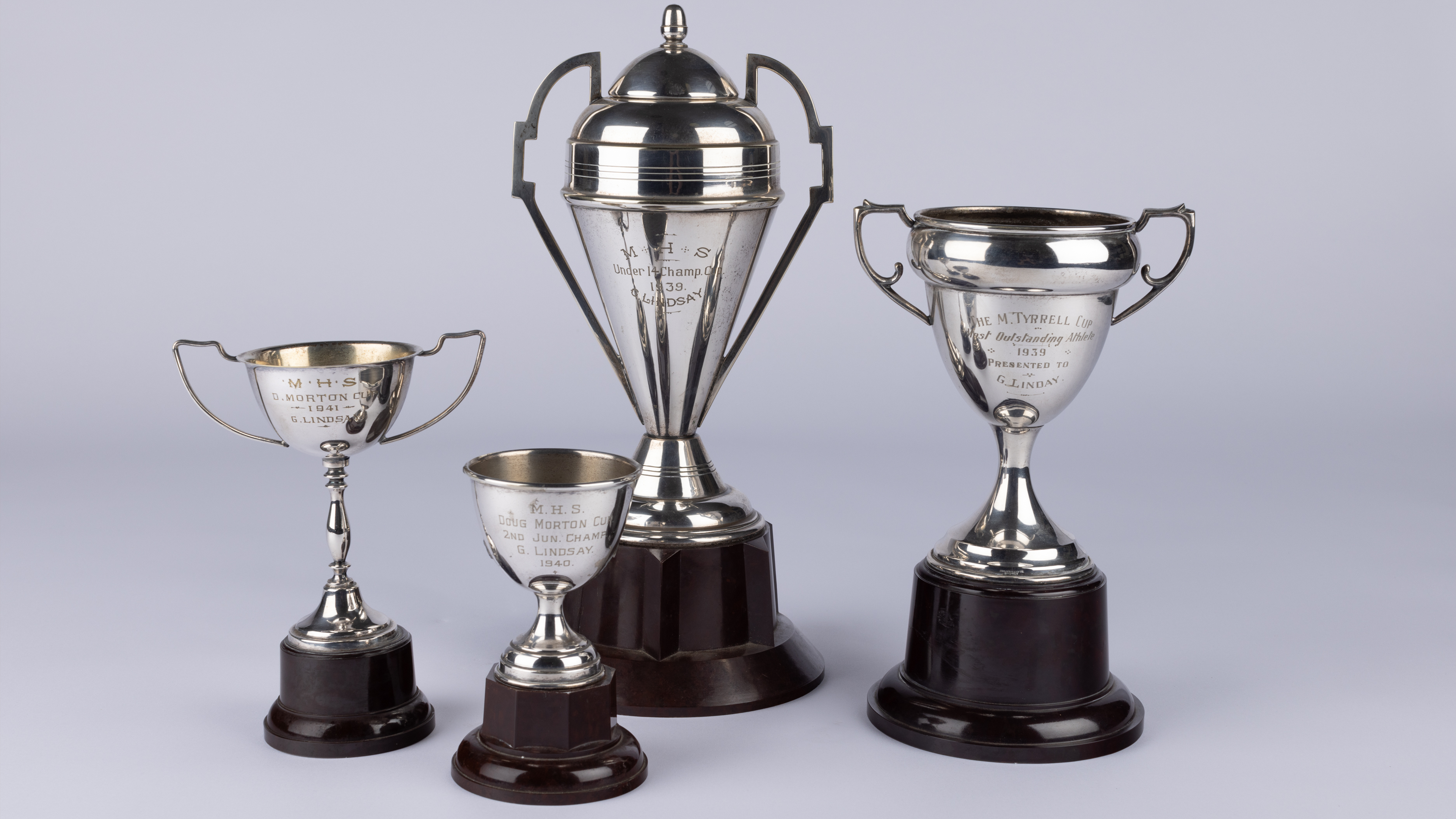 It was a proud moment for Gordon Lindsay when he was presented with this trophy for breaking his schools’ record for the under 14 ‘hop, step and jump’ (triple jump). It was 13 December 1939, and though it was a hot evening, every seat in the West Maitland Town Hall was filled for the annual speech night and prize presentation of the Maitland Girls’ and Boys’ High Schools. Then Gordon stood up again to receive the Murray Tyrrell cup for gaining the highest number of points at the Combined High Schools and triangular athletics meet.

Between 1931 and 1936, Gordon Lindsay (1925-2015) attended Maitland Boys High School (established 1884) from 1937, across the road from his East Maitland home. When he joined the school’s athletics club, he followed a strong local tradition of track and field athletics. A Maitland branch of the Public Schools Amateur Athletic Association had been formed in 1889, which held annual sports meetings on the West Maitland Showground.

Gordon excelled at hurdles, high jump, long jump, hop, step and jump, and the 220-yard sprint and was awarded several trophies. But in 1941, Gordon discovered he still had a congenital heart murmur that he had expected to outgrow. Not to be stopped, after leaving school, Gordon played tennis and rugby, and enjoyed fishing, sailing and flying planes. Later, Gordon’s heart problem was finally diagnosed as a defective mitral valve, making his sporting achievements even more remarkable. 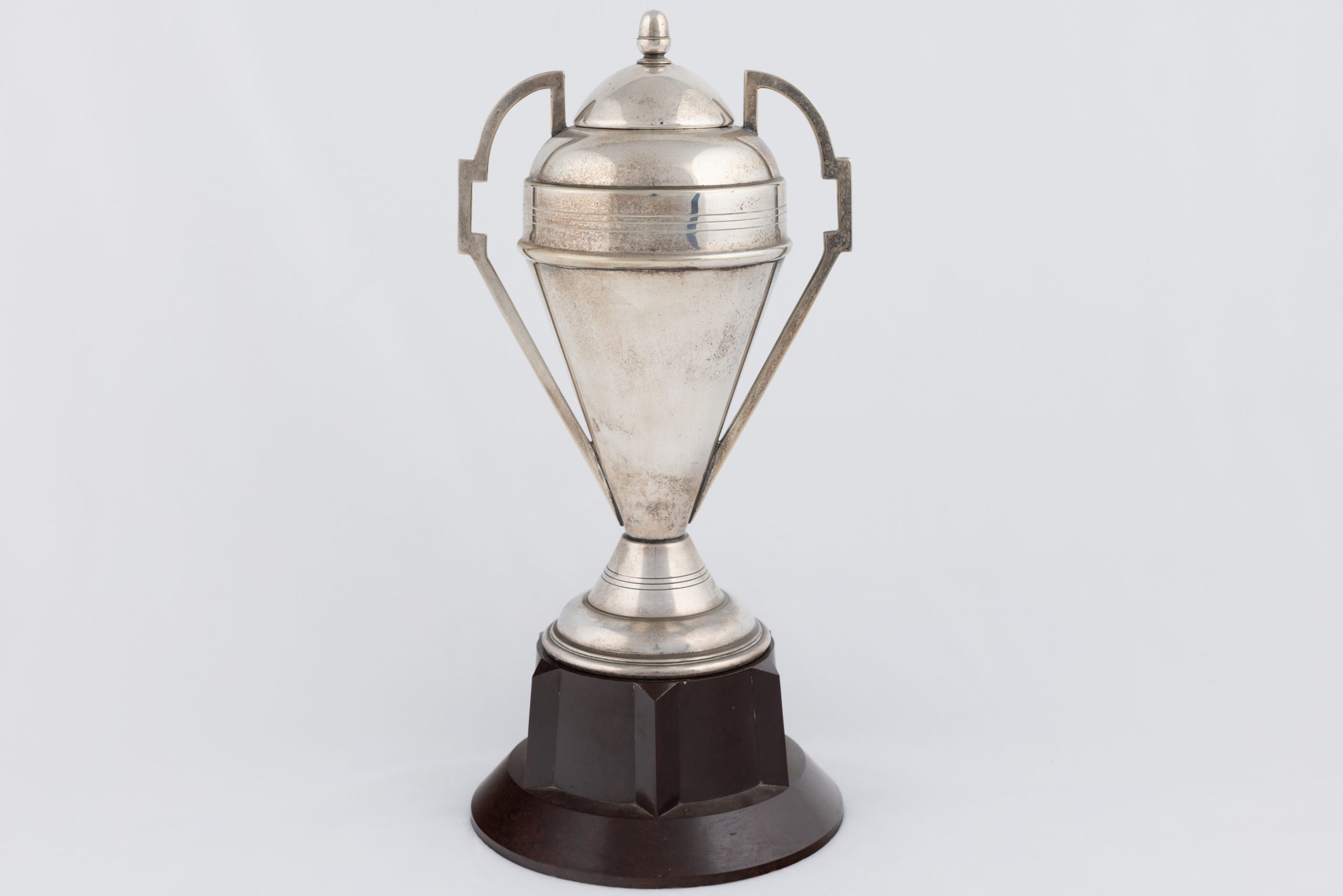 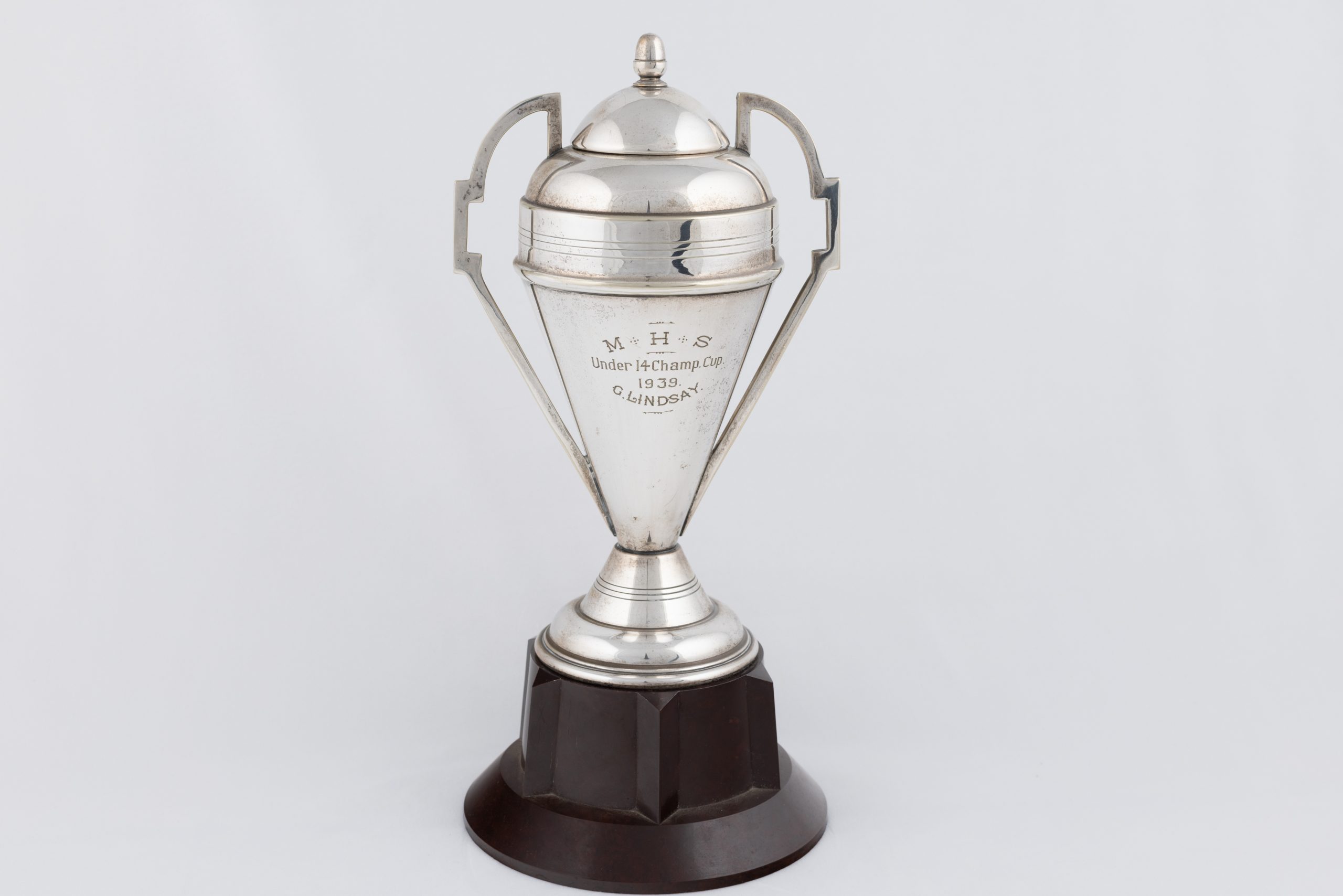 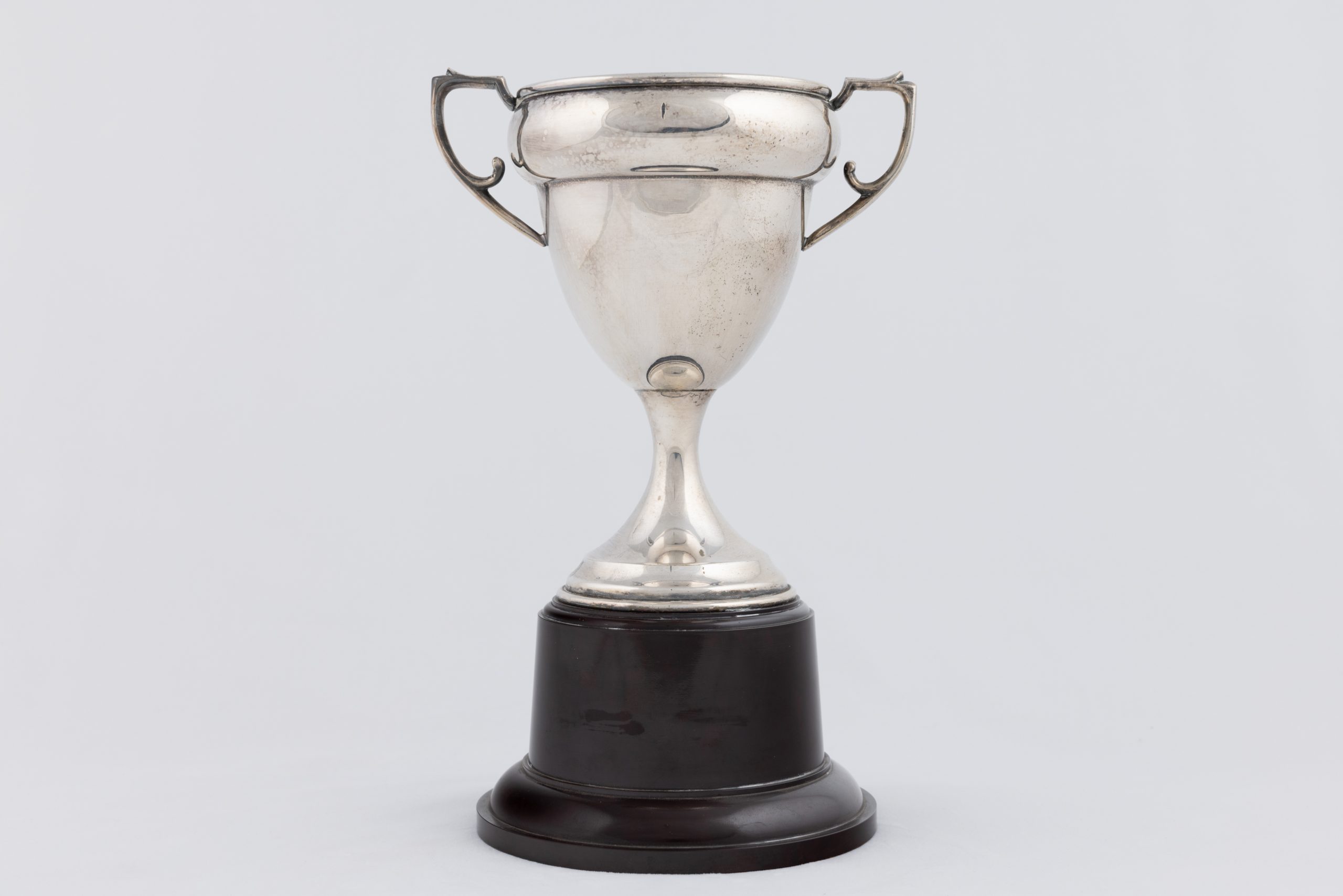 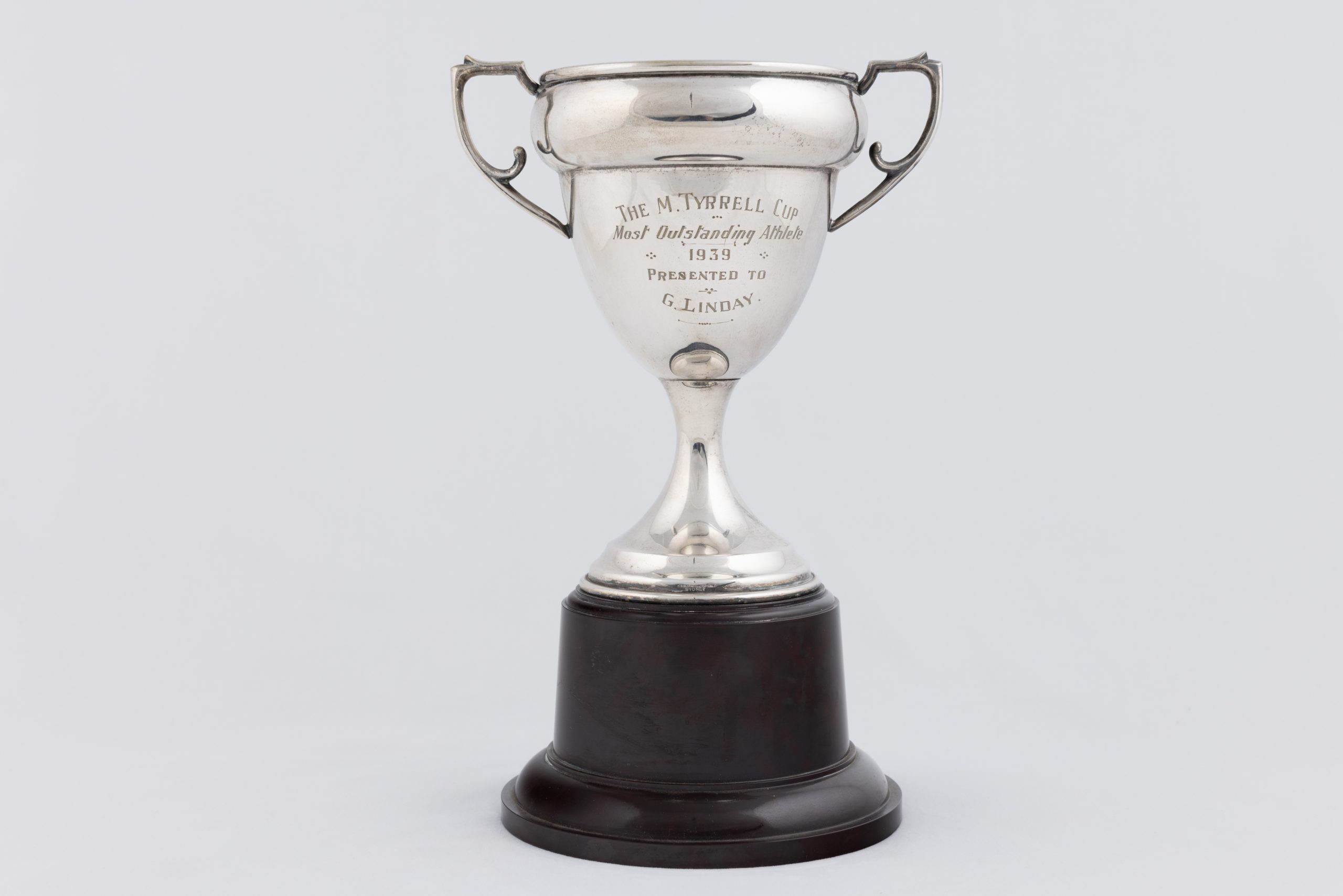 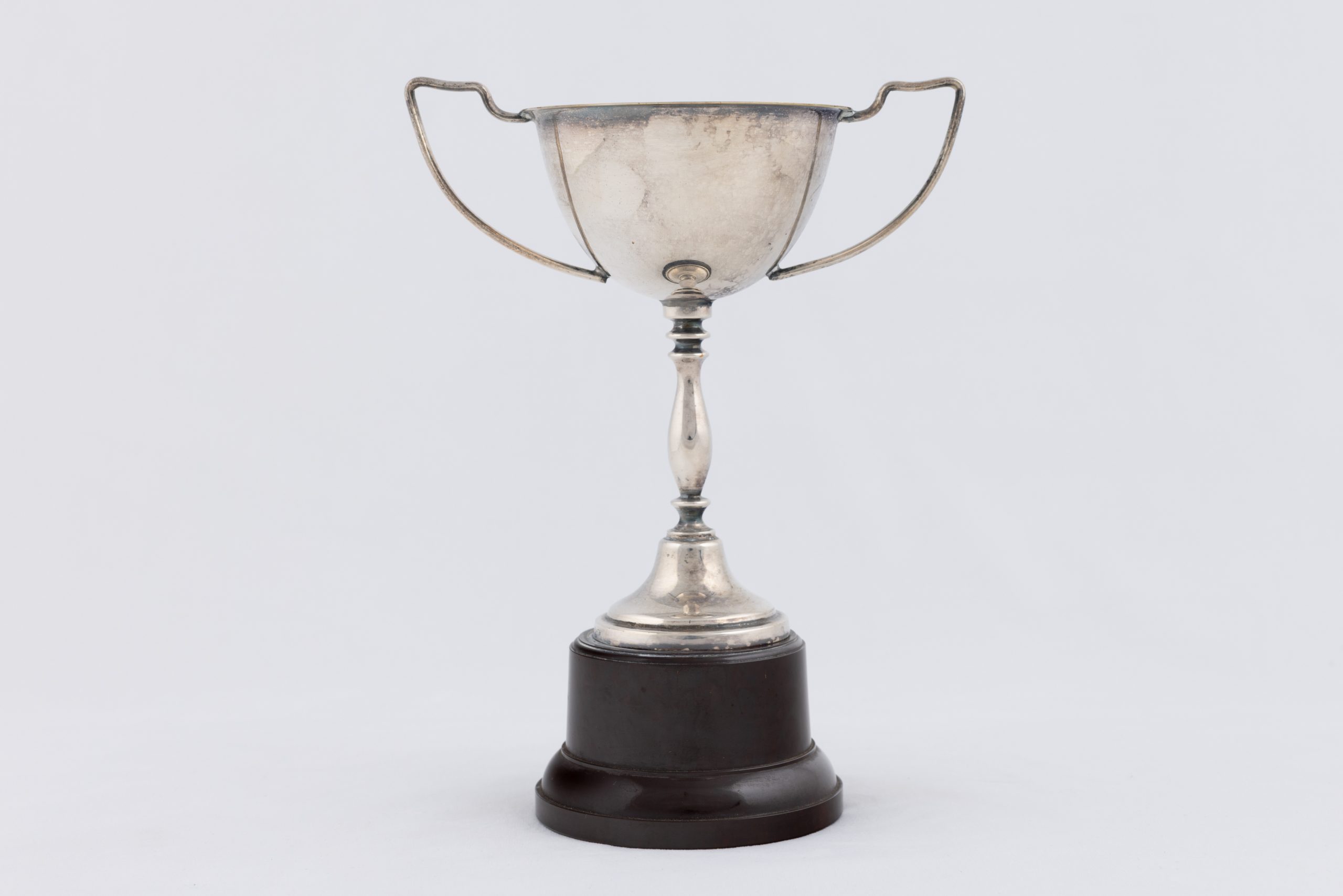 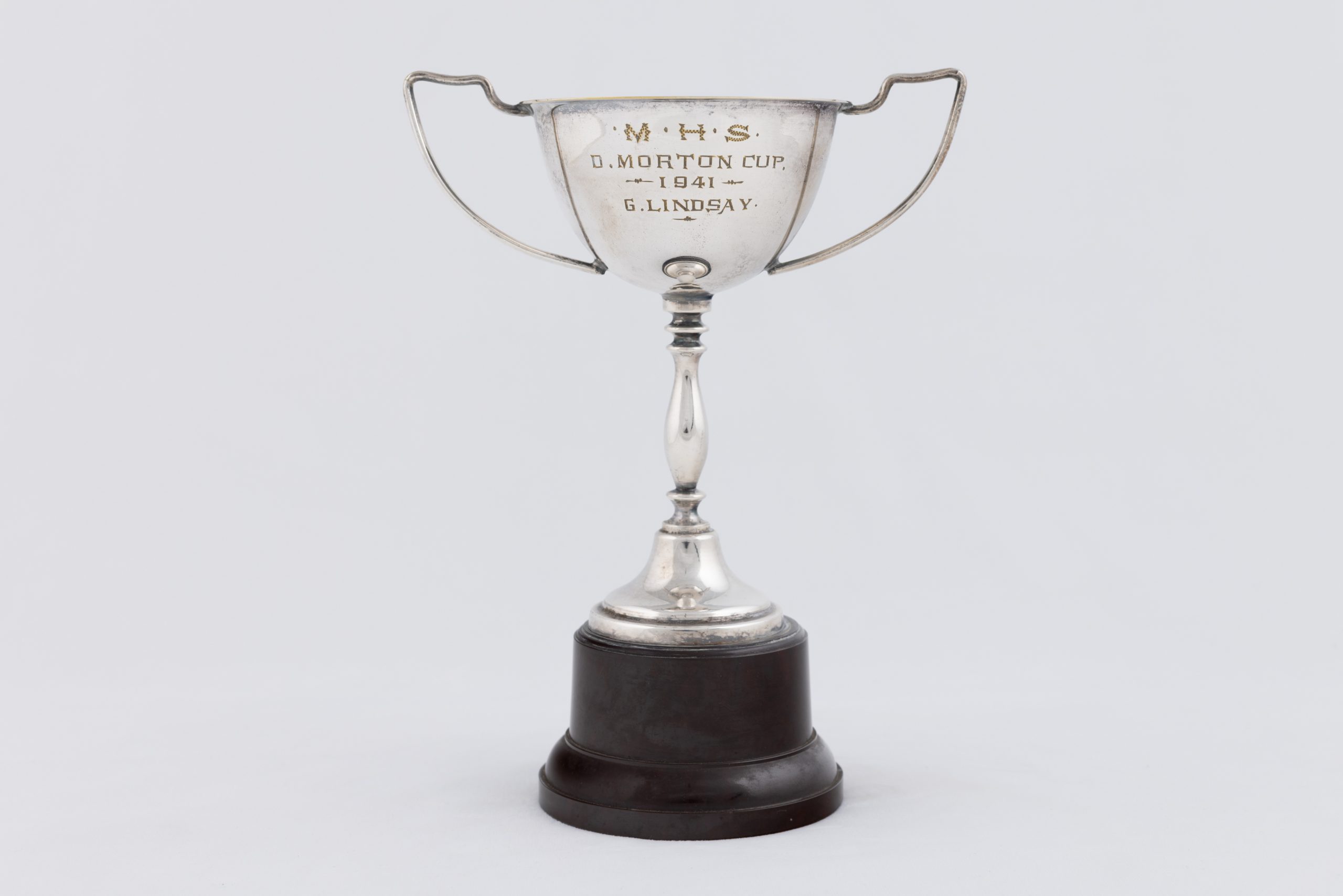 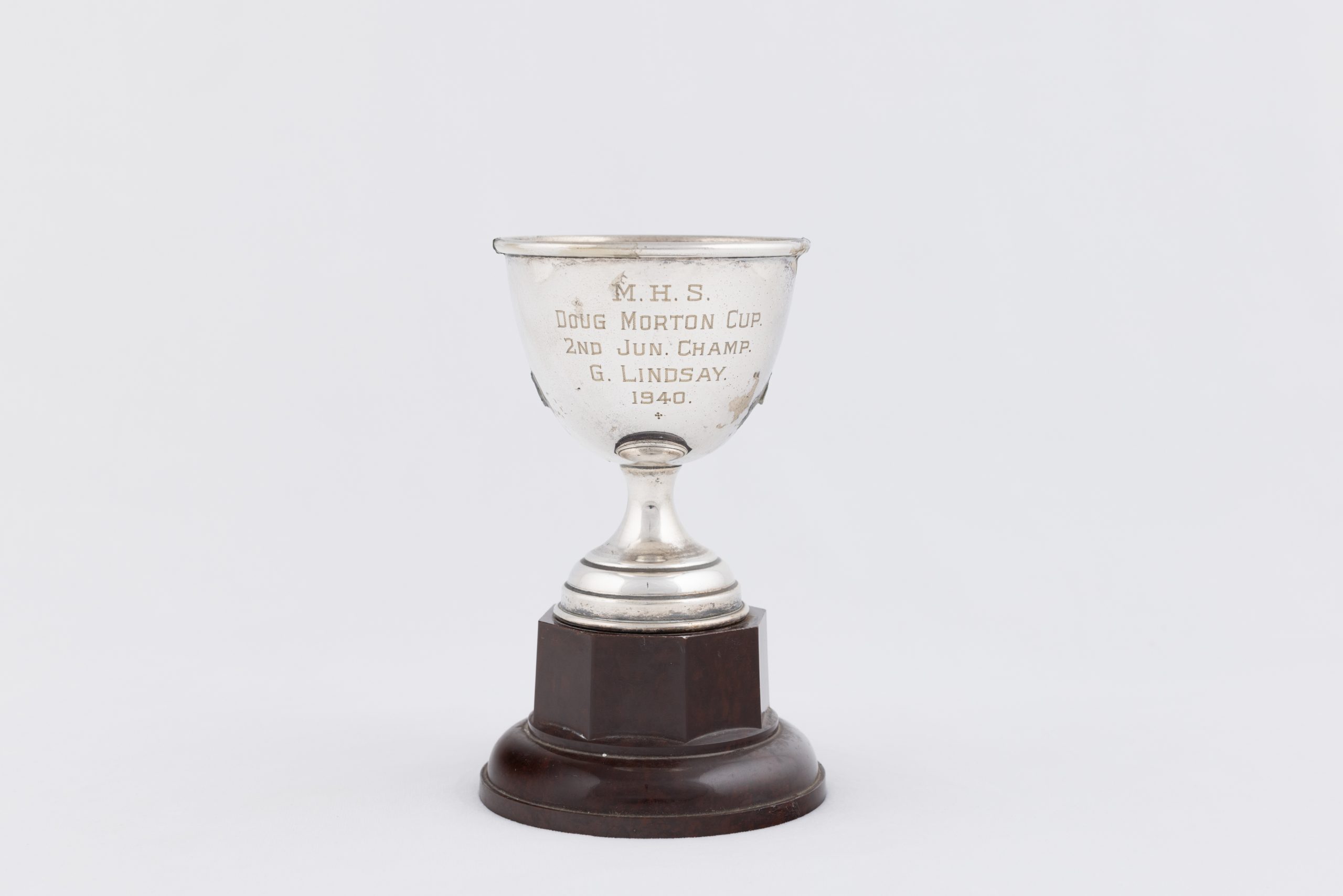 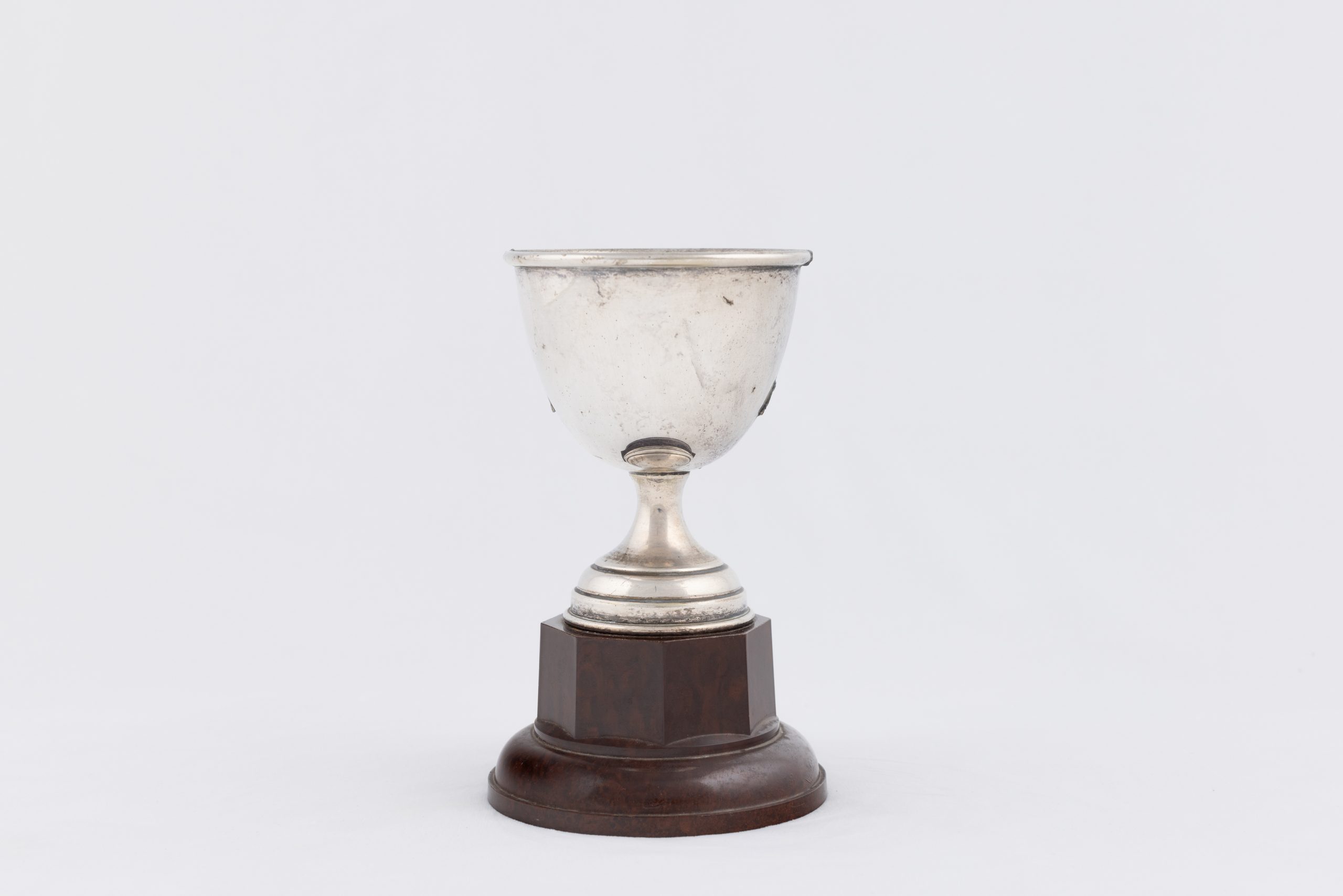 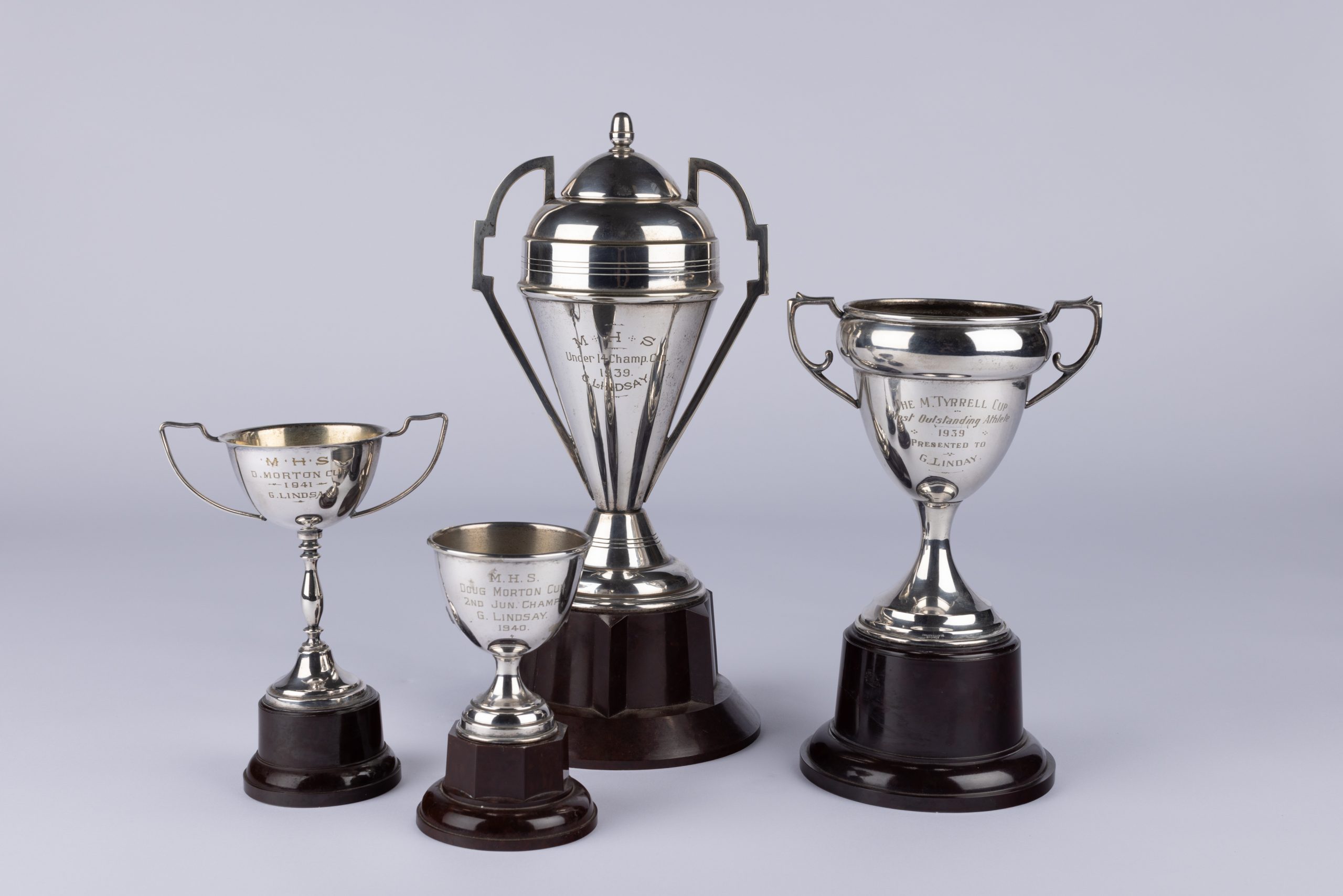