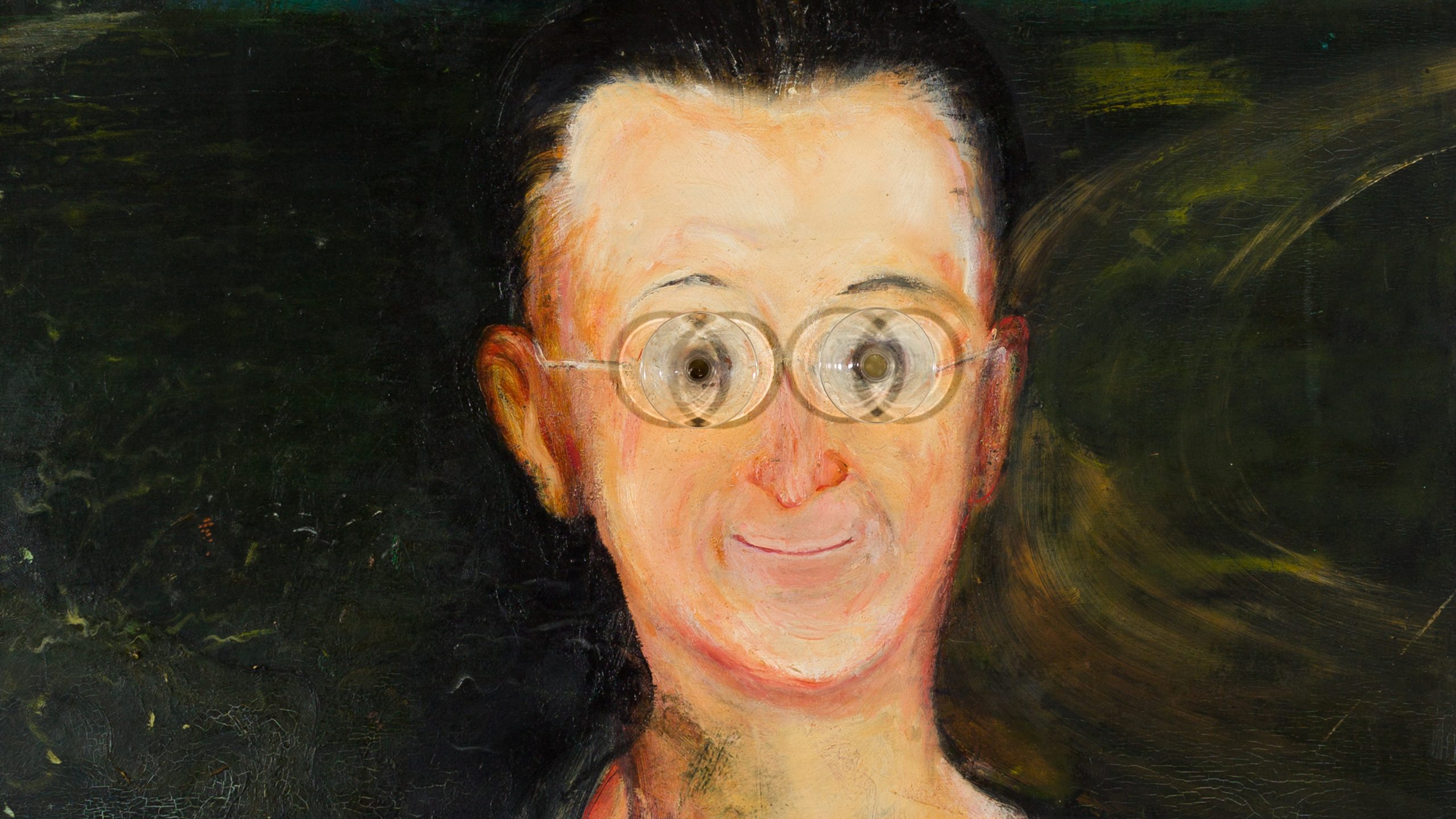 In Memory of Maurice O’Shea

Garry Shead’s Homage to His Uncle

When speaking of his uncle, Maurice O’Shea, the Sydney-based  artist Garry Shead (1942-) shows great admiration. According to Garry, his childhood memories of annual visits to O’Shea’s renowned Mount Pleasant vineyard in Pokolbin in the Hunter Valley recall ‘a cultured man who loathed pretension and arrogance’.

Along with his thick glasses worn to rectify severe myopia, a condition also shared by the artist, was O’Shea’s eccentric sense of humour. For instance, there was the time he gave his doctor a particularly pungent wheel of cheese just to gauge his reaction.

An avid reader, it was O’Shea who gave Shead his first book. This was a novel based on the medieval story of Roland and, according to Shead, sparked his abiding interest in literary allusion within visual art.

In Maurice O’Shea Mt. Pleasant, Shead employs his uniquely expressive style. The attachment of actual wine glass stems not only mimics his uncle’s glasses, but playfully captures his love of wine-making and off-beat sense of humour.

Though O’Shea passed away when Shead was just fourteen, the work is a loving record of his uncle’s lasting influence on an art career that included winning the 1993 Archibald Prize. 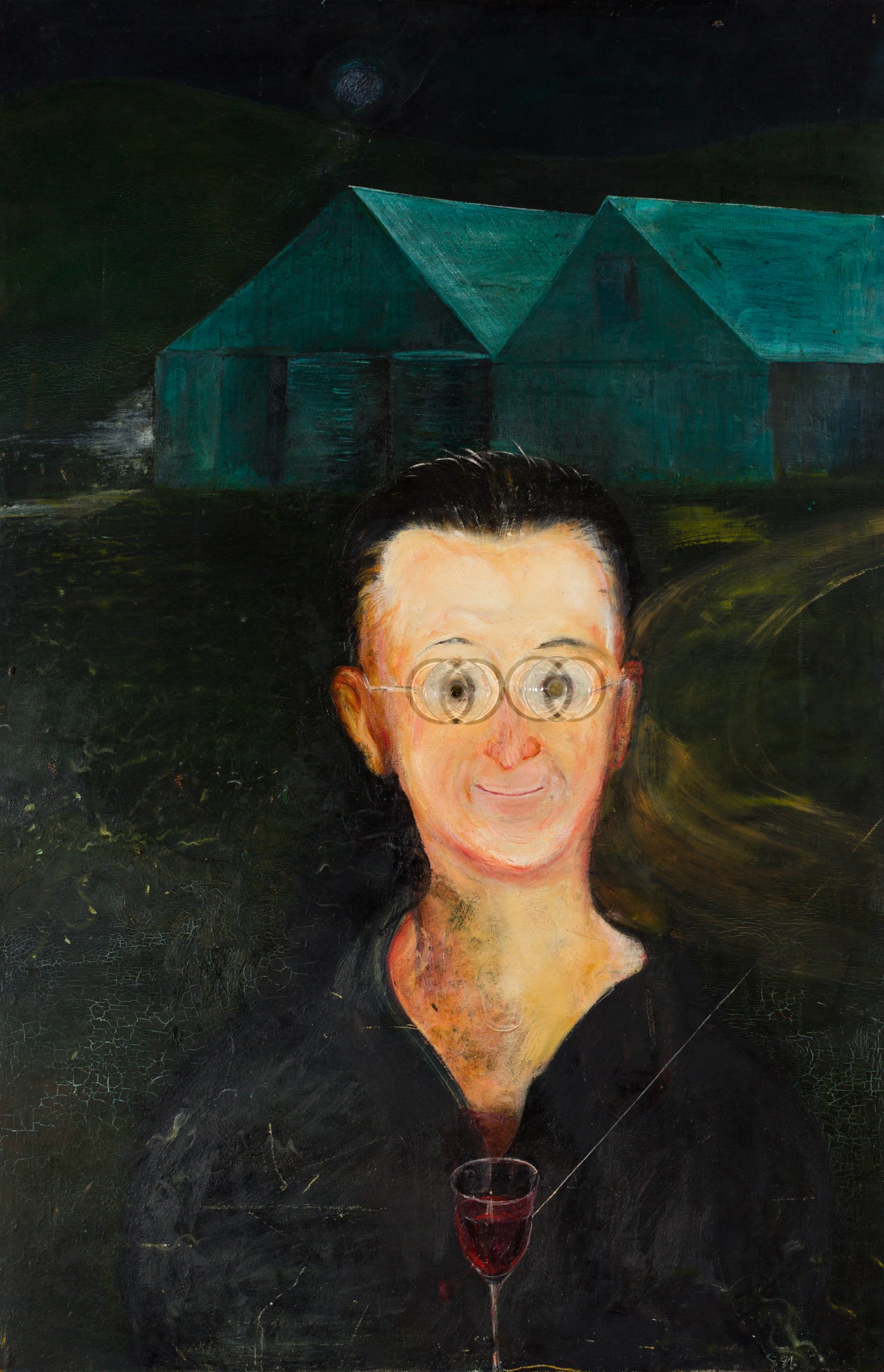 oil paint on board, with attached wine glasses