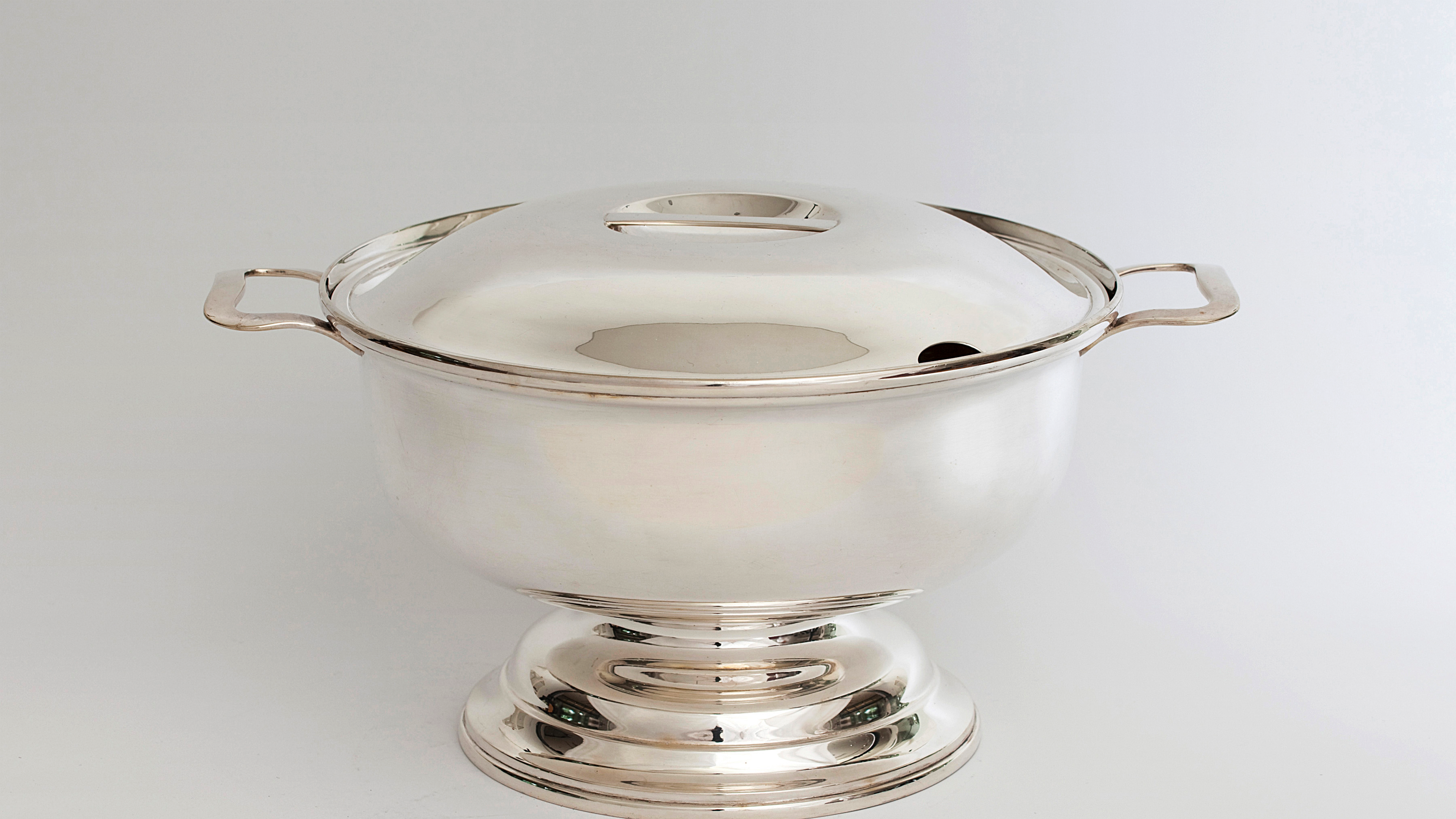 Soup was an important part of nineteenth century dining. In her 1863 book of household management, Mrs Beeton devotes fifty pages to soup, ranging from the cheap and cheerful ‘Hodge-podge’ to turtle soup – ‘the most expensive brought to table’. Soup was always the first course at any meal, and in wealthier households was brought to table in a large tureen, then ladled into to guest’s bowls by the hostess, or by staff.

Elegant silver tureens, like this one from Prouds, were popular wedding presents in the 1880s. Perhaps a little too popular, for by 1890 one newspaper ran this gag:

Mr Newwed: ‘Our presents make a rather fine display; don’t they!’ Mrs Newwed: ‘Yes, they are lovely, but oh Charles, what are we to do with four silver soup tureens?’ Mr Newwed: ‘I don’t know and I can’t imagine what people mean by sending us so many tureens.’ Mrs Newwed: ‘Do you suppose Charles dear, that it is an intimation that one of us is ‘in the soup?’.

Tureens were certainly in the soup, for by the 1920s they were referred to as ‘the old-time silver soup tureen…now relegated to the storeroom’ and were only dragged out on the odd occasion to do service as vases.  They enjoyed a slight reversal of fortune after 1934, when the Duke and Duchess of Kent were given three silver tureens as a wedding present, bringing them back into favour for a few years.

But the age of tinned Campbell’s soups and casual dining has rejected the formal ceremony of the tureen and so it has disappeared from our tables. And our wedding registers. 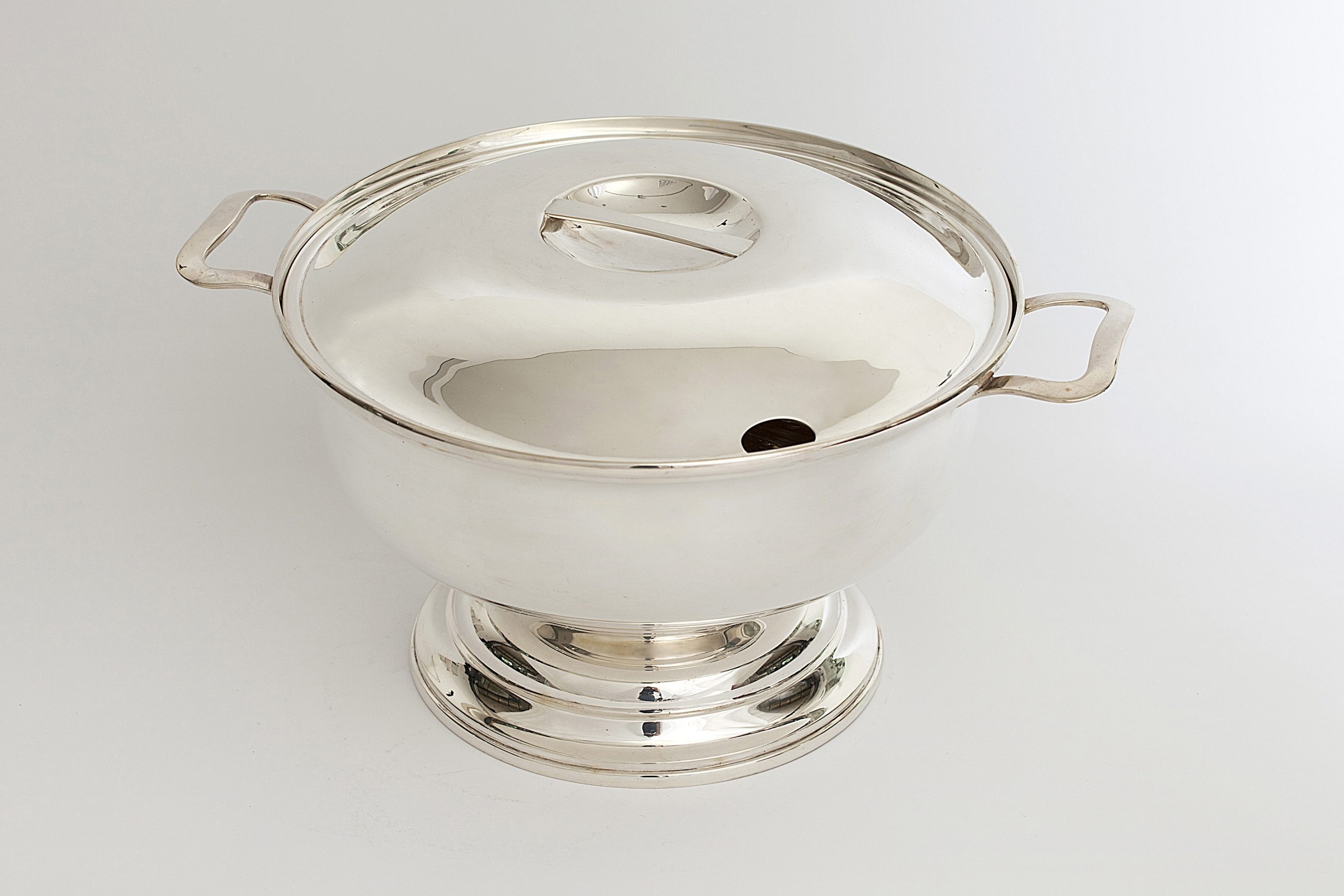 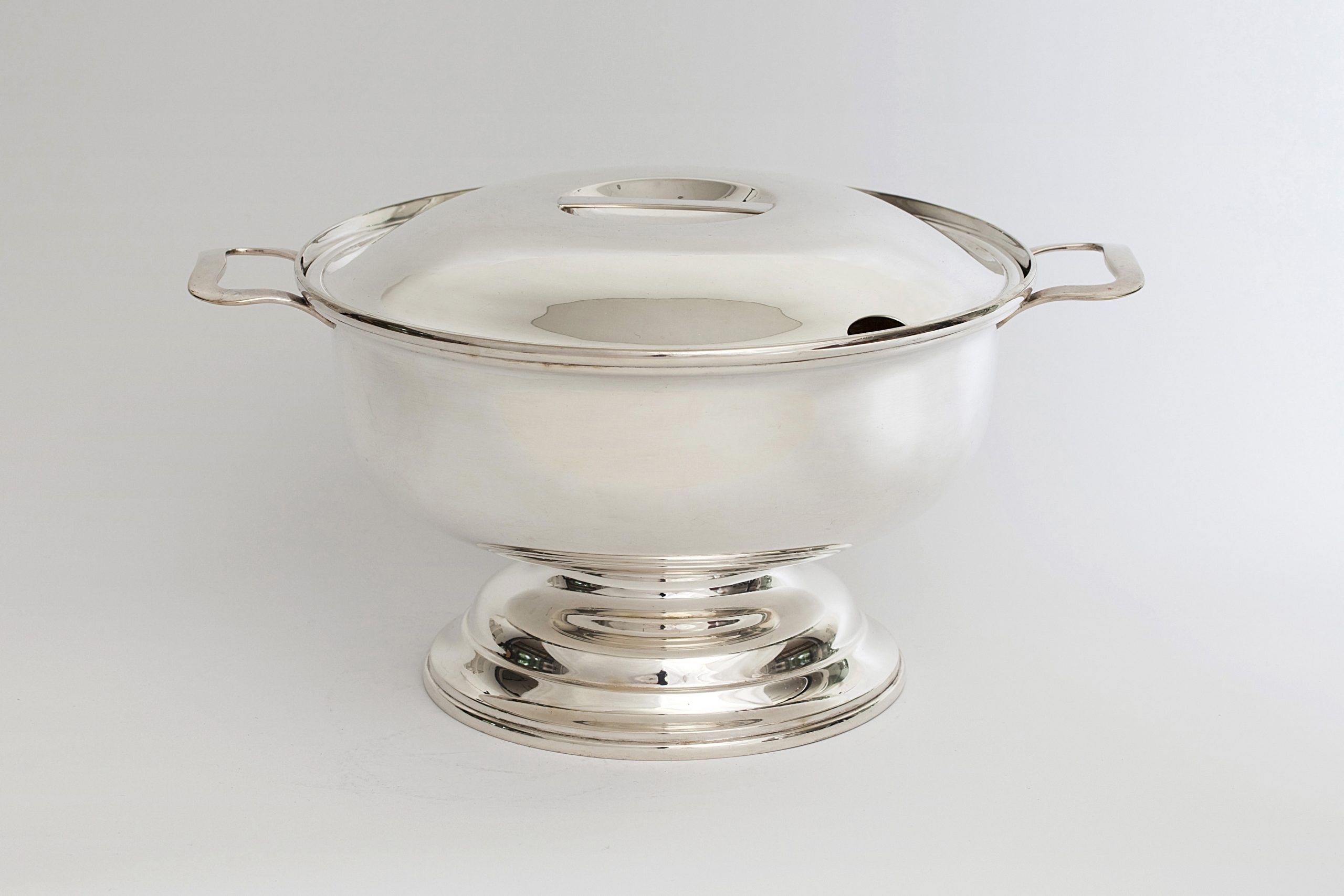 sterling silver soup tureen with plain cover and squarish handles, on round base

sterling silver soup tureen with plain cover and squarish handles, on round base