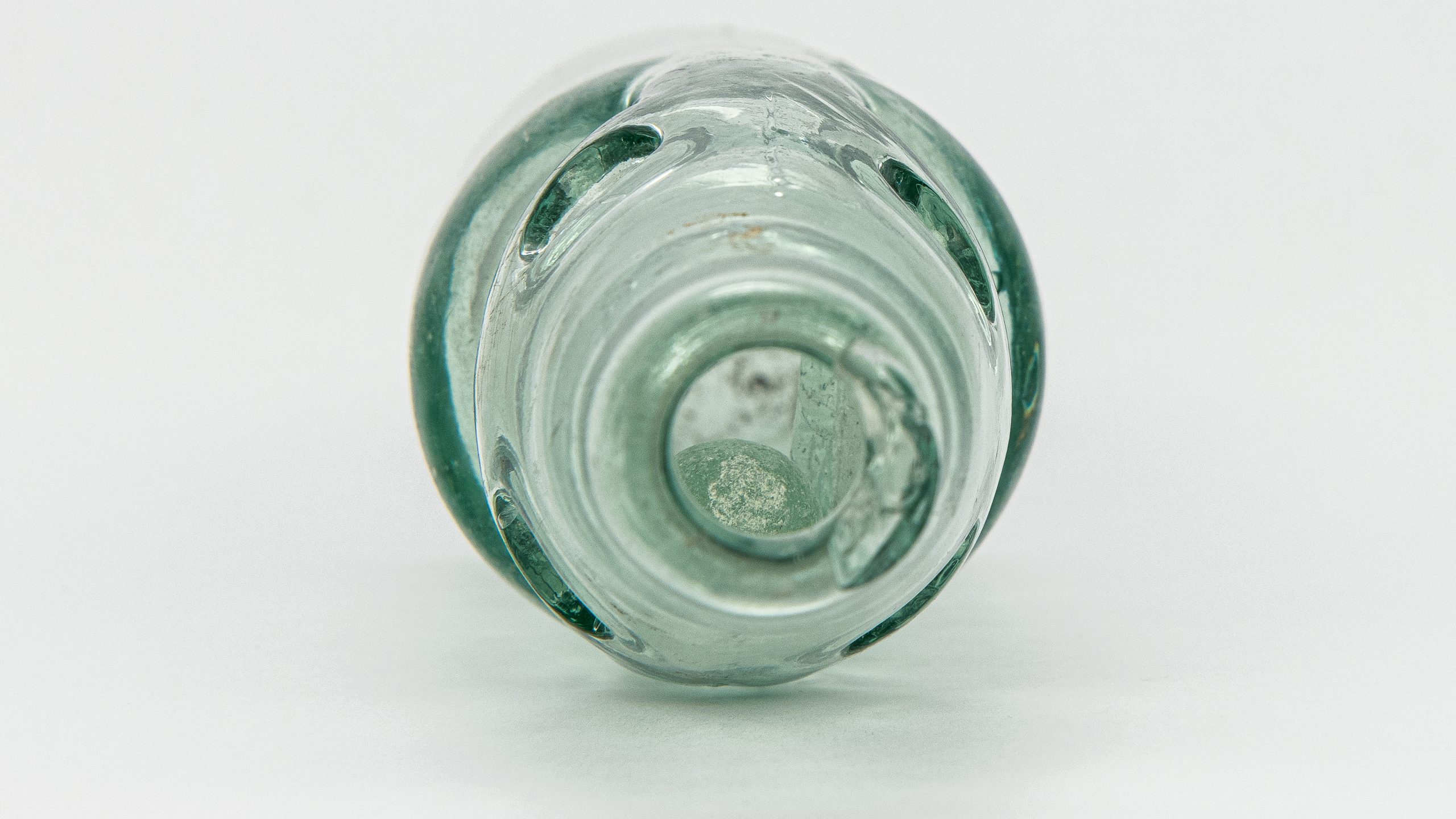 Keeping the Fizz In

Imagine the sweltering summer days in West Wallsend, when tired and dusty miners crowded into the Clyde Inn (est c. 1893) on Carrington Street to quench their thirst. Many ordered beer, but others had a taste for the fizzy lemonade, soda water, ginger ale, and ‘fruit champagne’, which the bar-keep William ‘Bill’ Smith (licensee 1899 – 1919) served in bottles like this.

After the first coal mine shafts were sunk in 1886-8, West Wallsend was booming. The Clyde Inn quickly became a hive of activity, with pigeon shooting, quoits, woodchopping, bicycle races, meetings, concerts, speeches, receptions, and even consultations by a visiting dentist.

Smith, who also owned a branch of the NSW Aerated Water Company, bottled his delicious effervescent drinks in ‘Codd-neck’ bottles like this (invented by Hiram Codd in 1872). The pressure from the gas forced the glass marble inside the neck against a rubber seal, keeping the fizz in. The moulded words: ‘W. SMITH / CLYDE INN / WEST WALLSEND’ advertised Smith’s pub and prevented the theft of his bottles, which he refilled to sell to his thirsty patrons.

This rare complete bottle was found at a dump amongst numerous broken examples, all victims of West Wallsend’s children who smashed them to get hold of the marbles to play games. Much more than a soft drink container, this bottle symbolises the community connection and social opportunity the Clyde Inn provided to the hard-working people of West Wallsend. 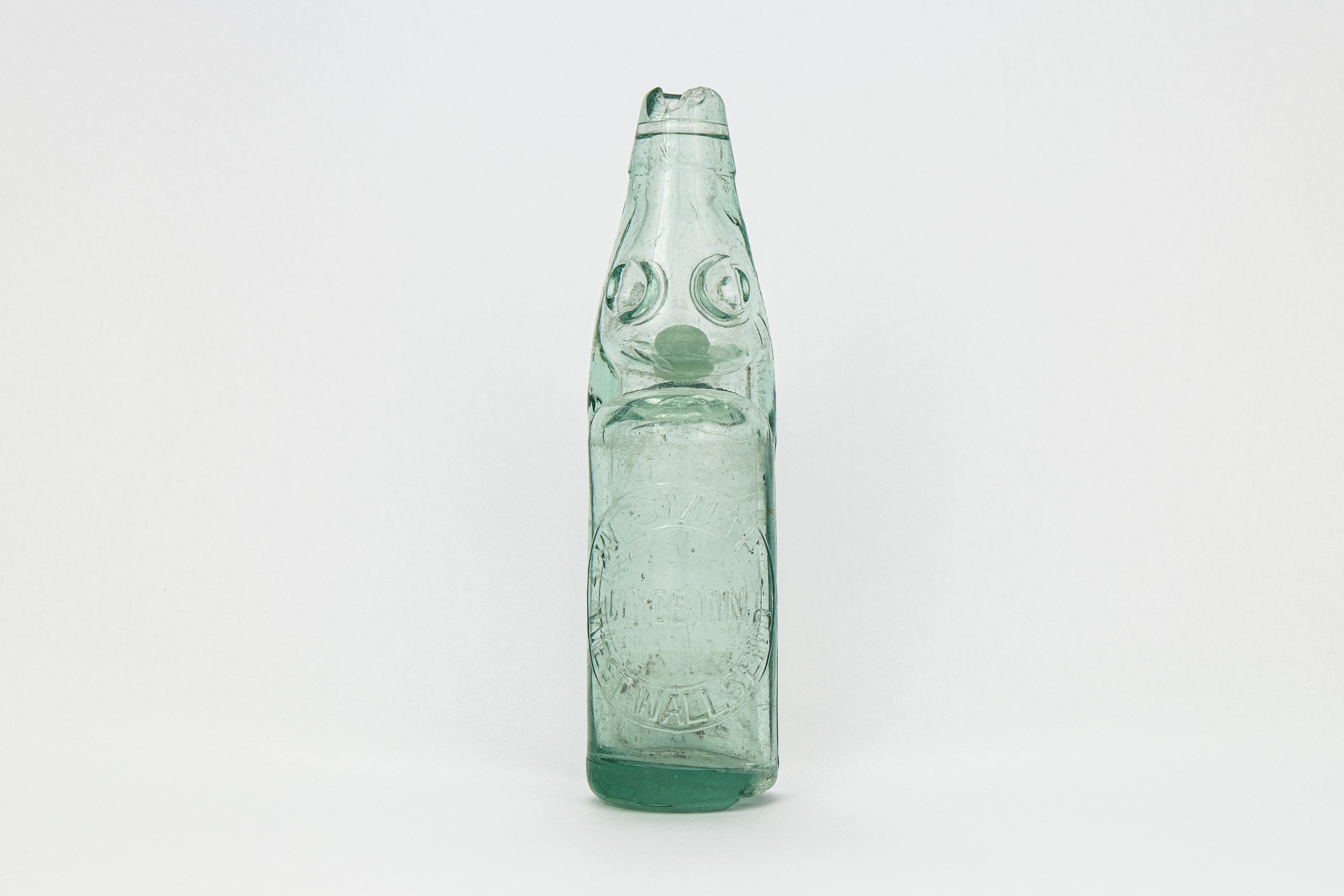 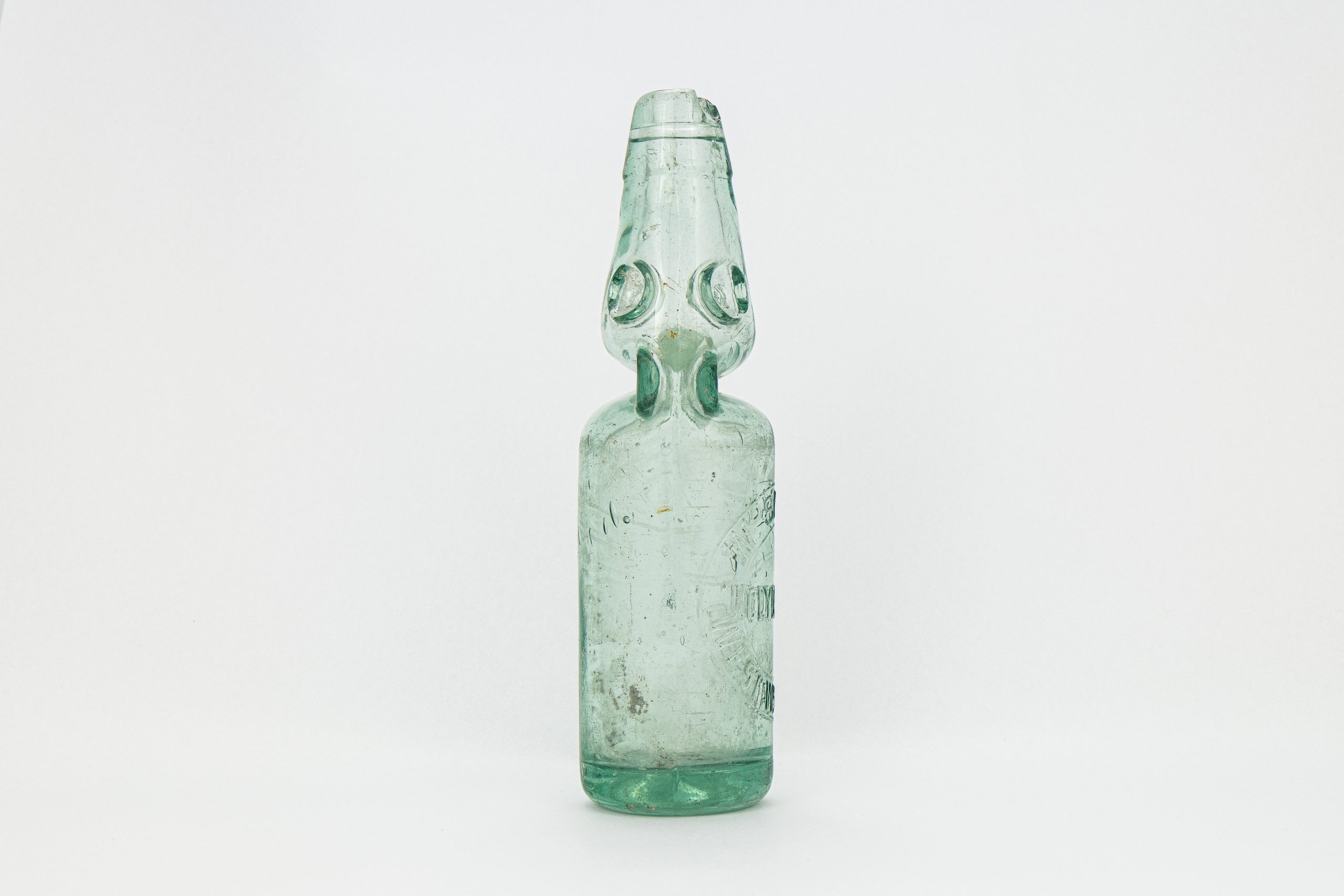 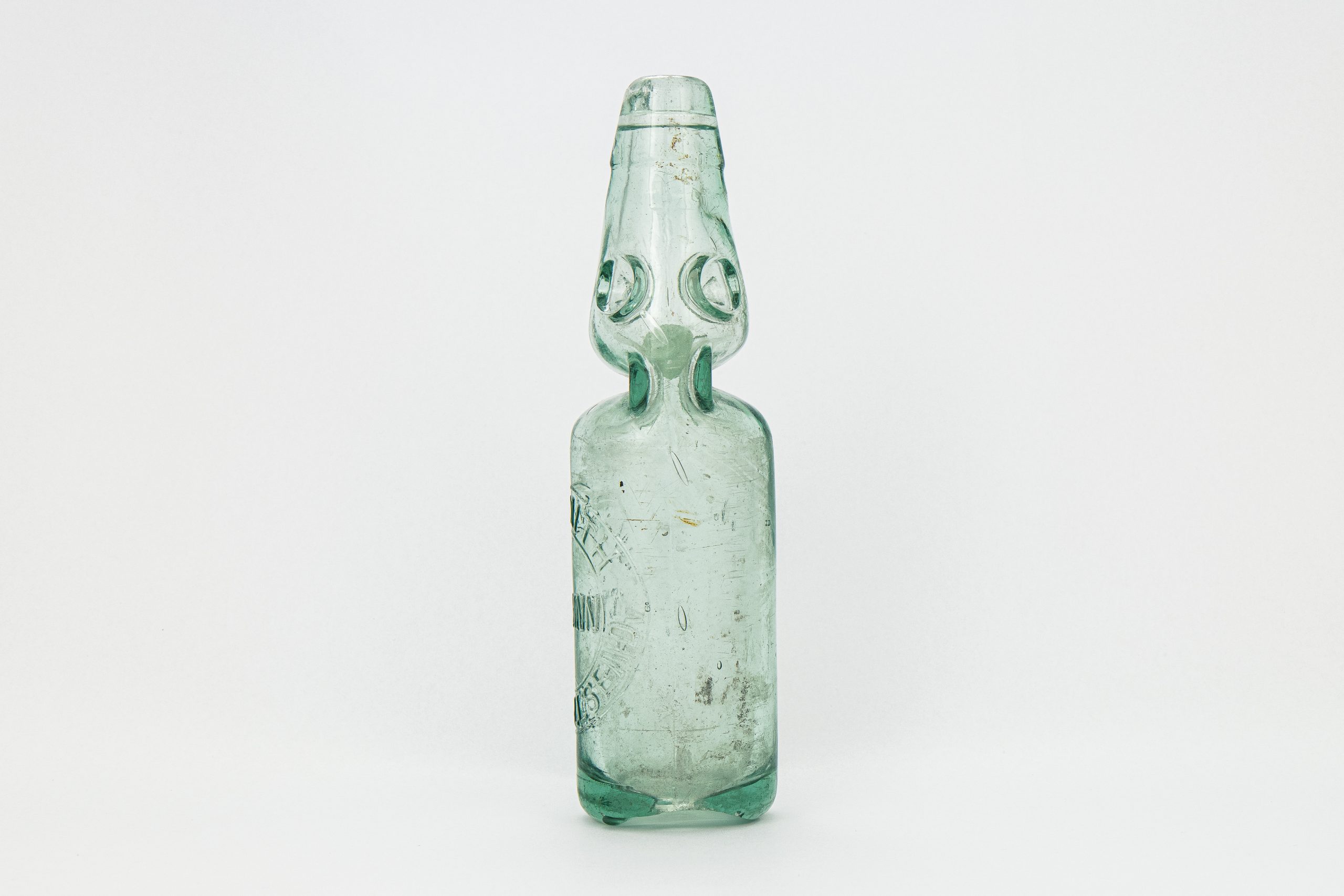 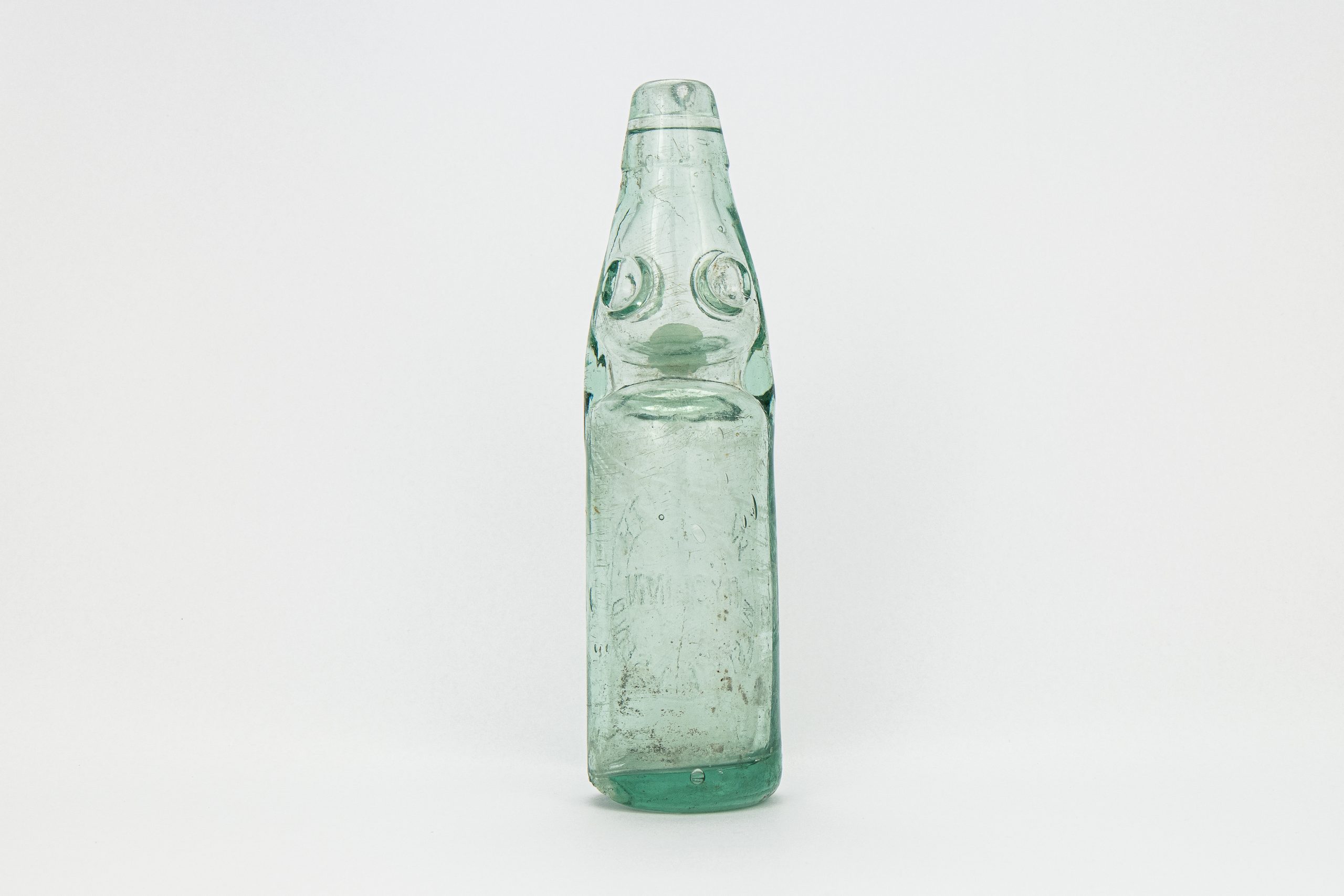 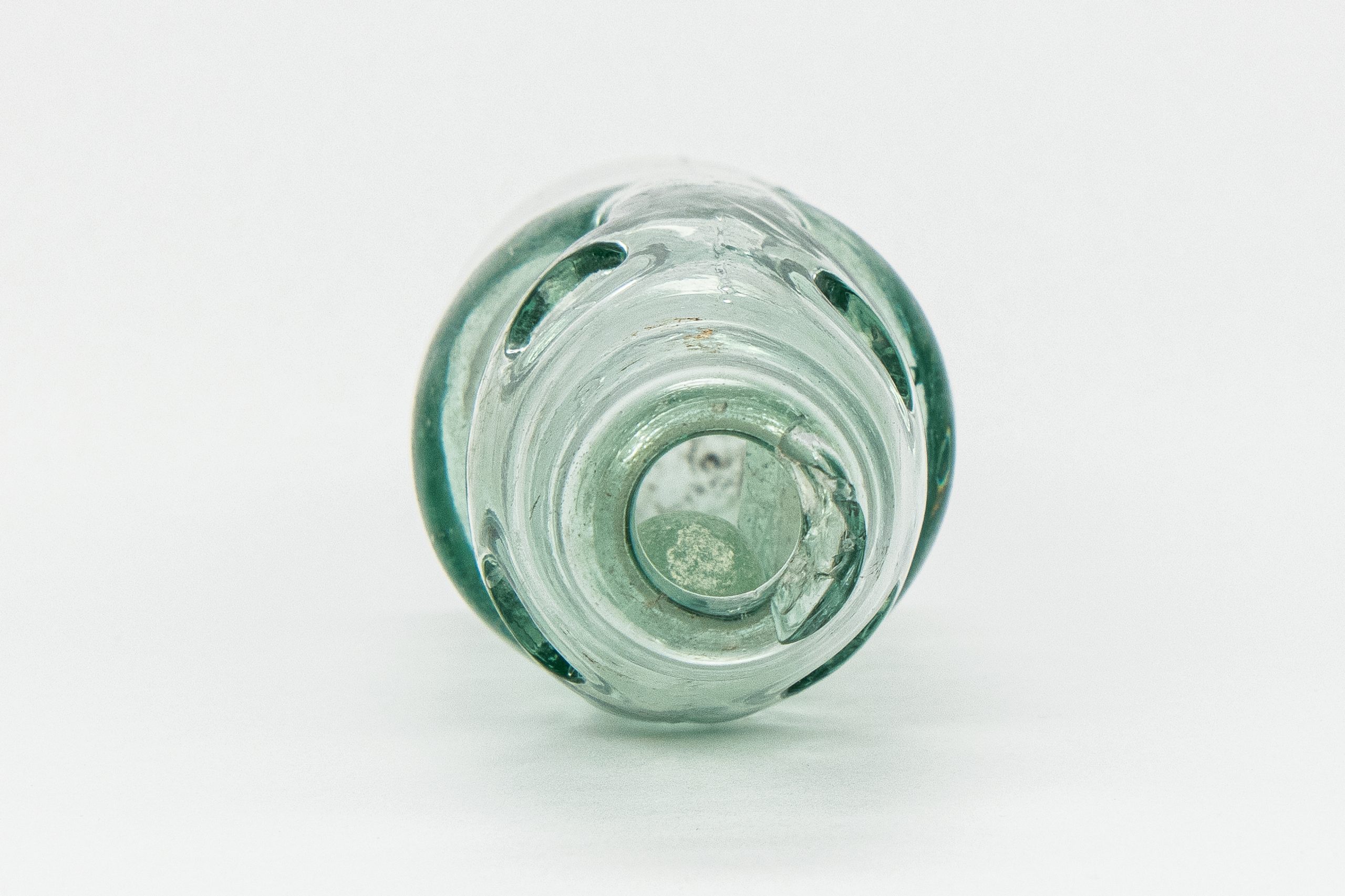 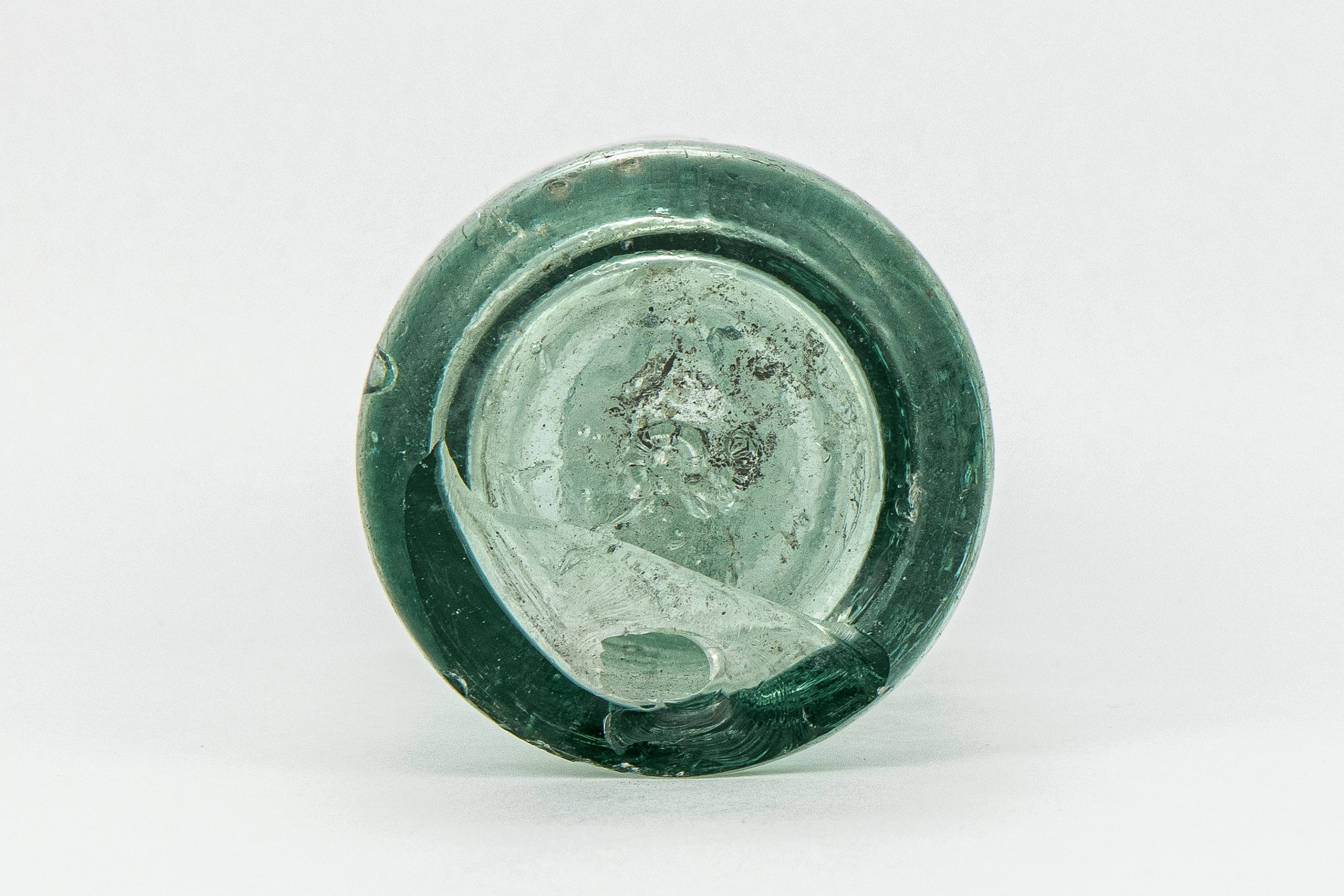