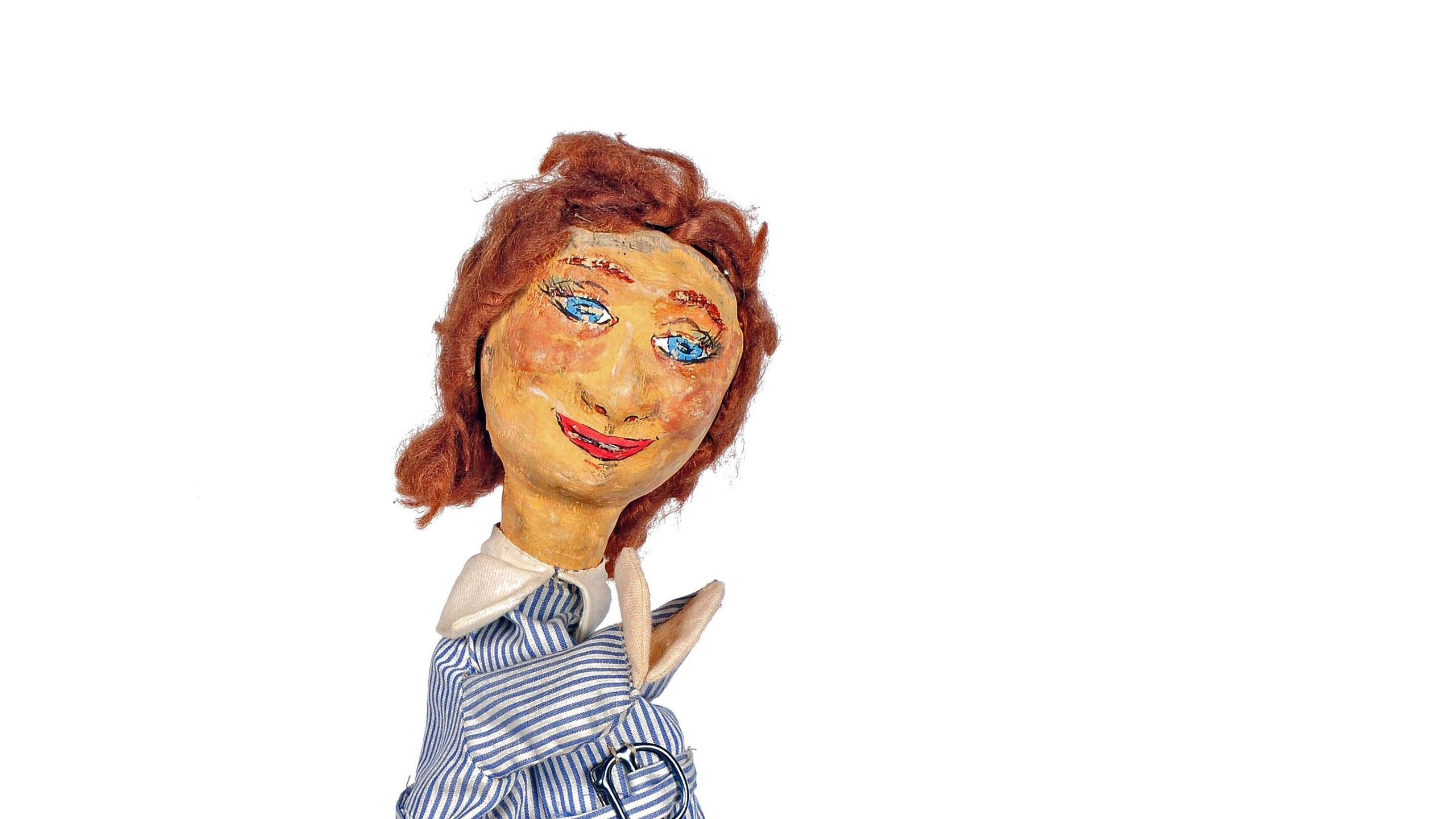 At the age of twenty one, Lois Carrington began work as a Migrant Educator in June 1949.  During her career she worked at the Bonegilla Migrant and Reception Centre where she made and used hand-puppets to help teach English and cultural awareness. The migrant families who arrived at Bonegilla from 1947 onwards were taught English and other lessons to learn about ‘the Australian way’.

During the time Lois taught at Bonegilla, Australia’s immigration policy placed an expectation on new migrants to learn to speak English and learn customs and manners that were considered by the government to be in keeping with what was termed the Australian way of life. In other words migrants were instructed to assimilate, so that everyone followed the same cultural traditions.

In 1948 the Commonwealth immigration authority produced Your Introduction to Australia for new migrants. It explained to migrant how to ‘fit’ into the Australian society, which largely practiced British-origin traditions.

‘Learn the habits and customs of Australians and you will quickly feel at home in your new homeland. The day when fellow Australians stop being specially polite to you because it is obvious that you are a newcomer, or stop looking at you because your manners or speech are different, you will know you have been accepted as one of the community.

Perhaps the most important thing is to learn to speak the language of the Australians. Australians are not used to hearing foreign languages. They are inclined to stare at persons whose speech is different … Also try to avoid using your hands when speaking because if you do this you will be conspicuous.’ These were some of the instructions the publication outlined for new migrants.

This puppet used by Lois at Bonegilla is believed to have been modeled after her. A number of other puppets used alongside this one represented people from the various European countries Australia’s post-WWII migrants came. A small book of simple English stories called I Can Read English was also used by Lois.

Lois later published a book, titled A Real Situation: The story of adult migrant education in Australia 1947 to 1970, to document her experience as a migrant educator. 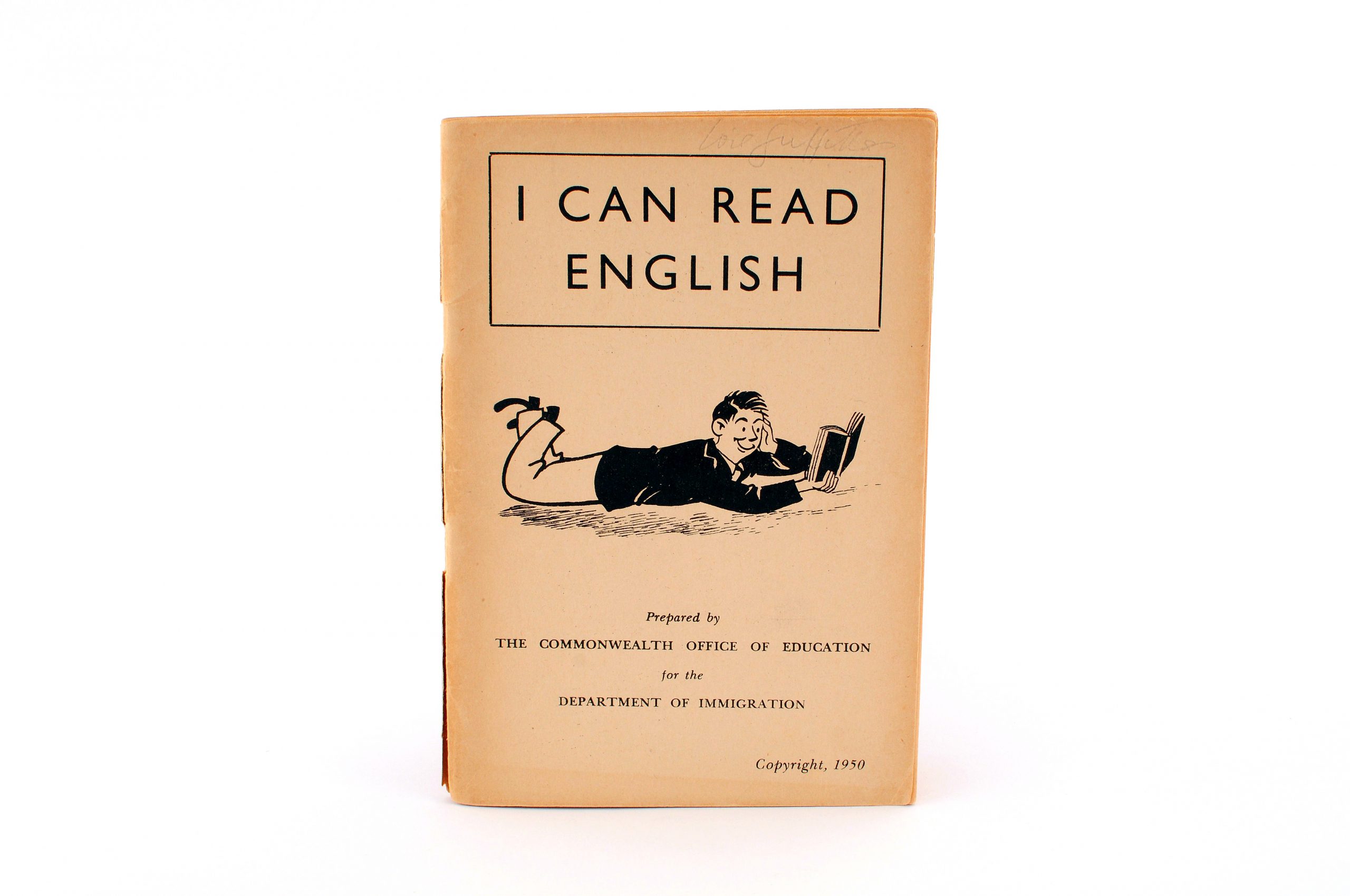 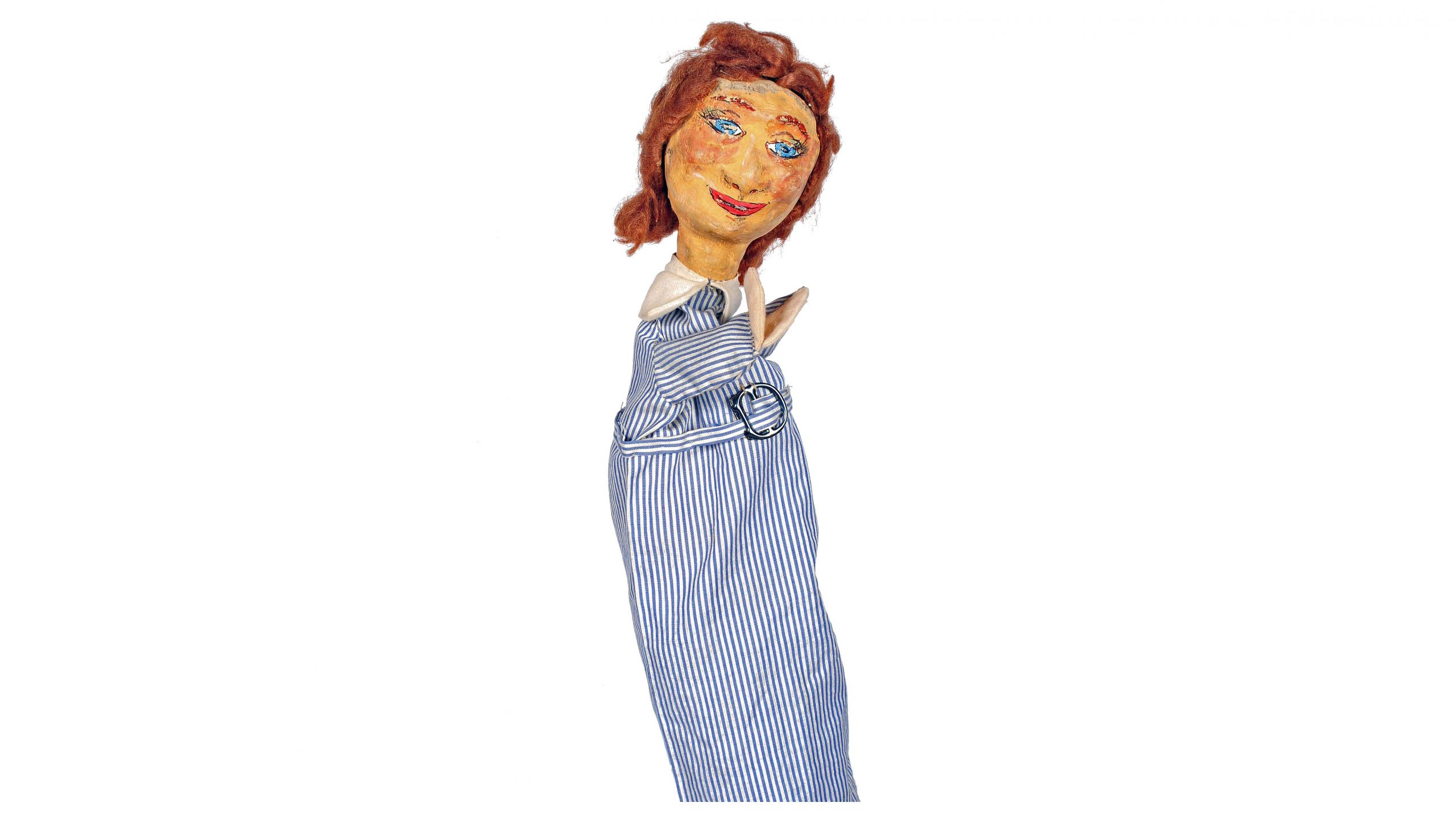 I Can Read English

Albury LibraryMuseum is located in Albury, on Wiradjuri Country, in the Murray Region of New South Wales.

Along with a busy program of travelling exhibitions and public programs, the institution maintains its own permanent exhibition Crossing Place, which traces the story of Albury and the Wiradjuri Nation, with a key focus on the Murray River. 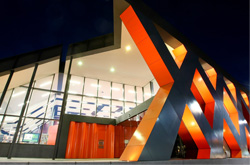