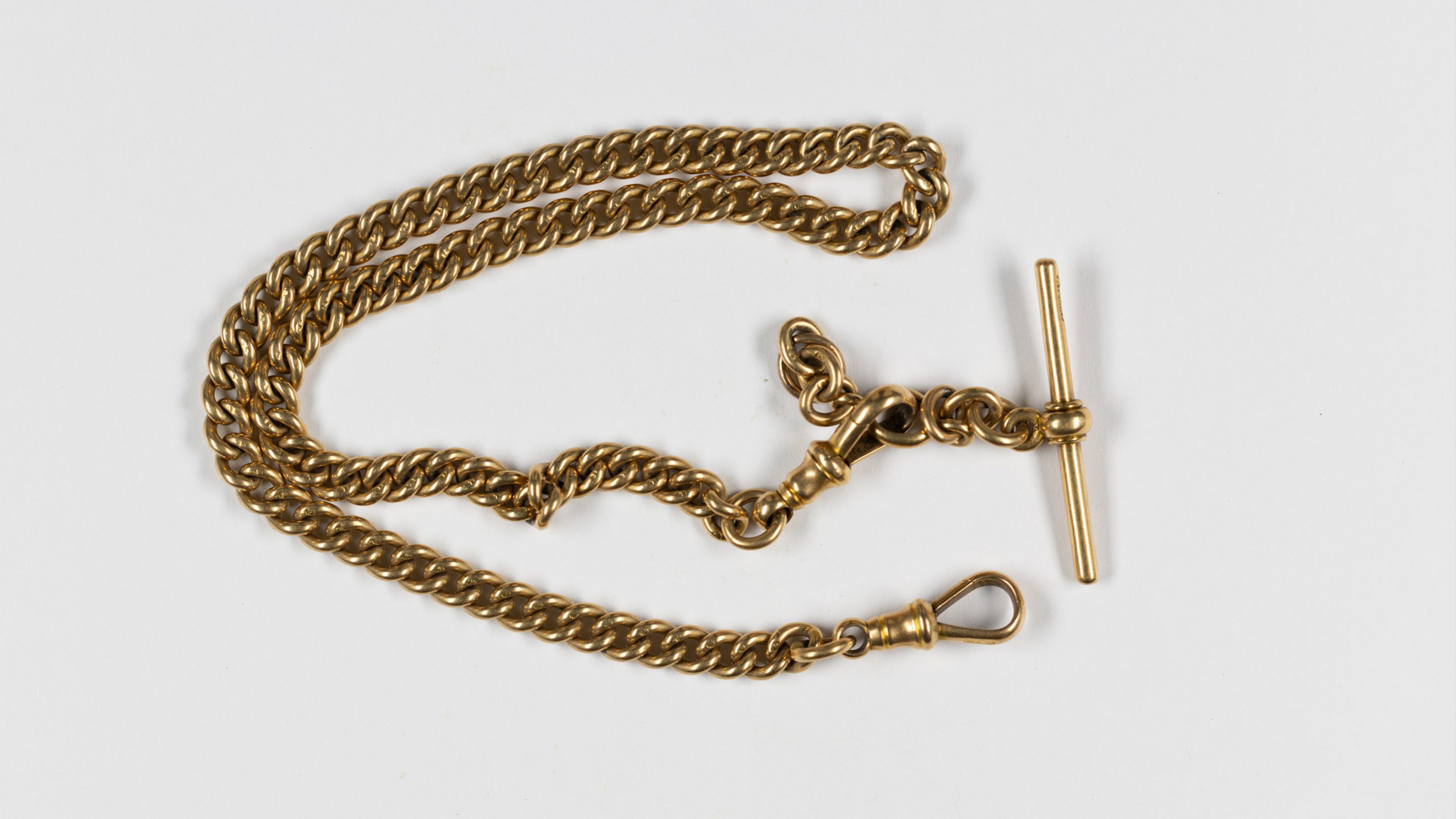 How Winnie O’Sullivan Celebrated Her Champion

On 31 July 1915, eighteen-year-old Winnie O’Sullivan stood on the roof of her family’s hotel the Lord Dudley. Here, she listened to the roaring crowd at the nearby Sydney Stadium, in Rushcutters Bay. Women were admitted to the stadium for free, but as a boxing venue it was considered no place for a lady.

Inside the stadium Les Darcy (1895-1917), Winnie’s boyfriend-boxer from Maitland, was fighting the toughest match of his career against the American middleweight champion Eddie McGoorty. To celebrate Darcy’s knockout defeat of McGoorty, which placed him as World Champion, Winnie gave Les this gold fob chain – it was attached to a gold watch also presented to Les, by his trainer Dave Smith.

As World War I progressed, Darcy faced relentless public criticism for not enlisting. He then stowed away to America on a ship, from Newcastle, to avoid conscription. A working-class man with steadfast Irish-Australian values, he saw a greater need to win prize fights in America to support his large family.

But Les and Winnie’s love story quickly unravelled into tragedy when Les died from septicaemia in Memphis in 1917. Holidaying in America, and on hearing Les was ‘sinking fast’, Winnie raced to be at his bed-side.

On his deathbed Les gave the fob chain and watch to his best friend Mick Hawkins. Mick’s sister later gave them to Les’ brother Joe. And in memory of Les, Joe had reated a collection which included this chain and the gold watch. 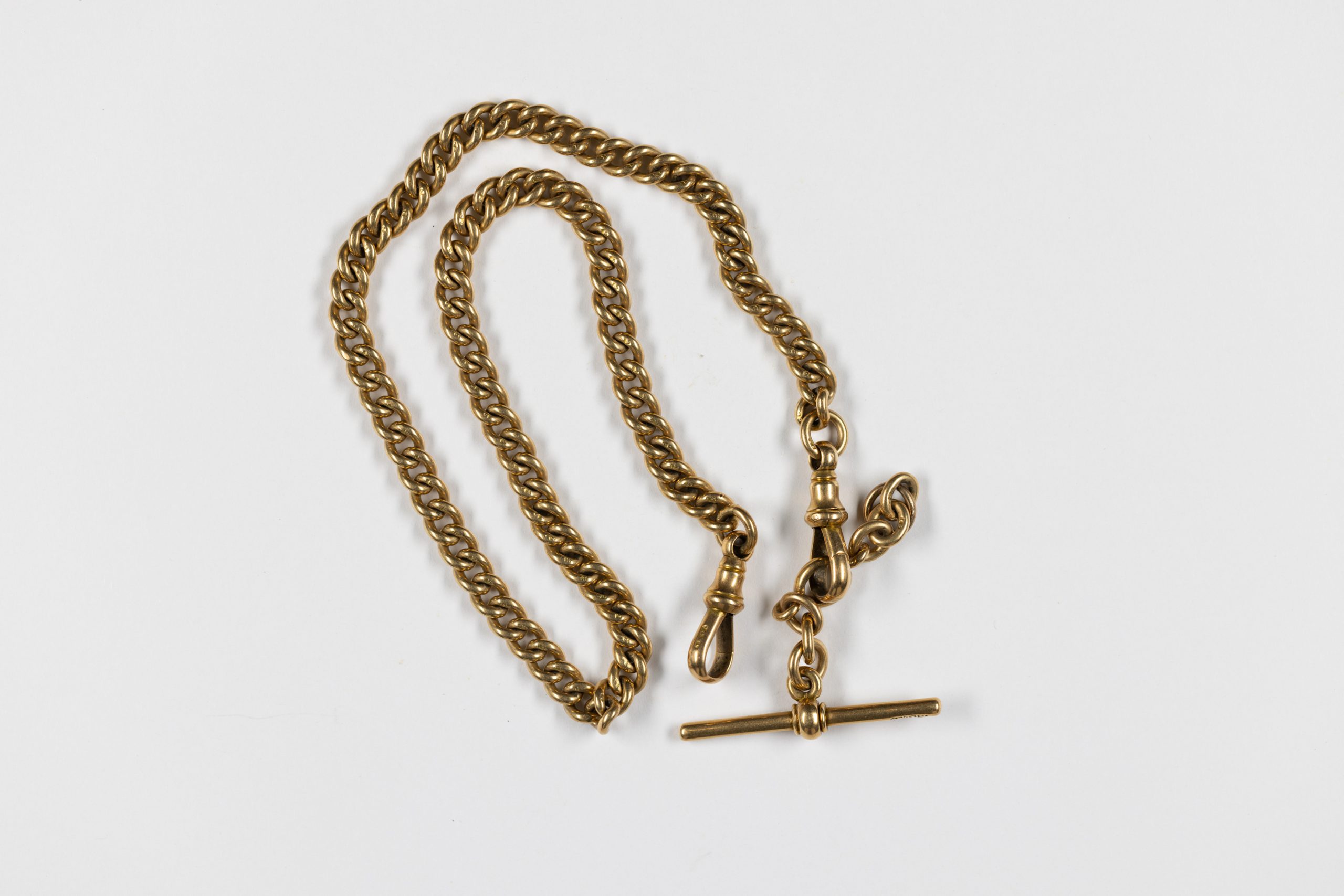