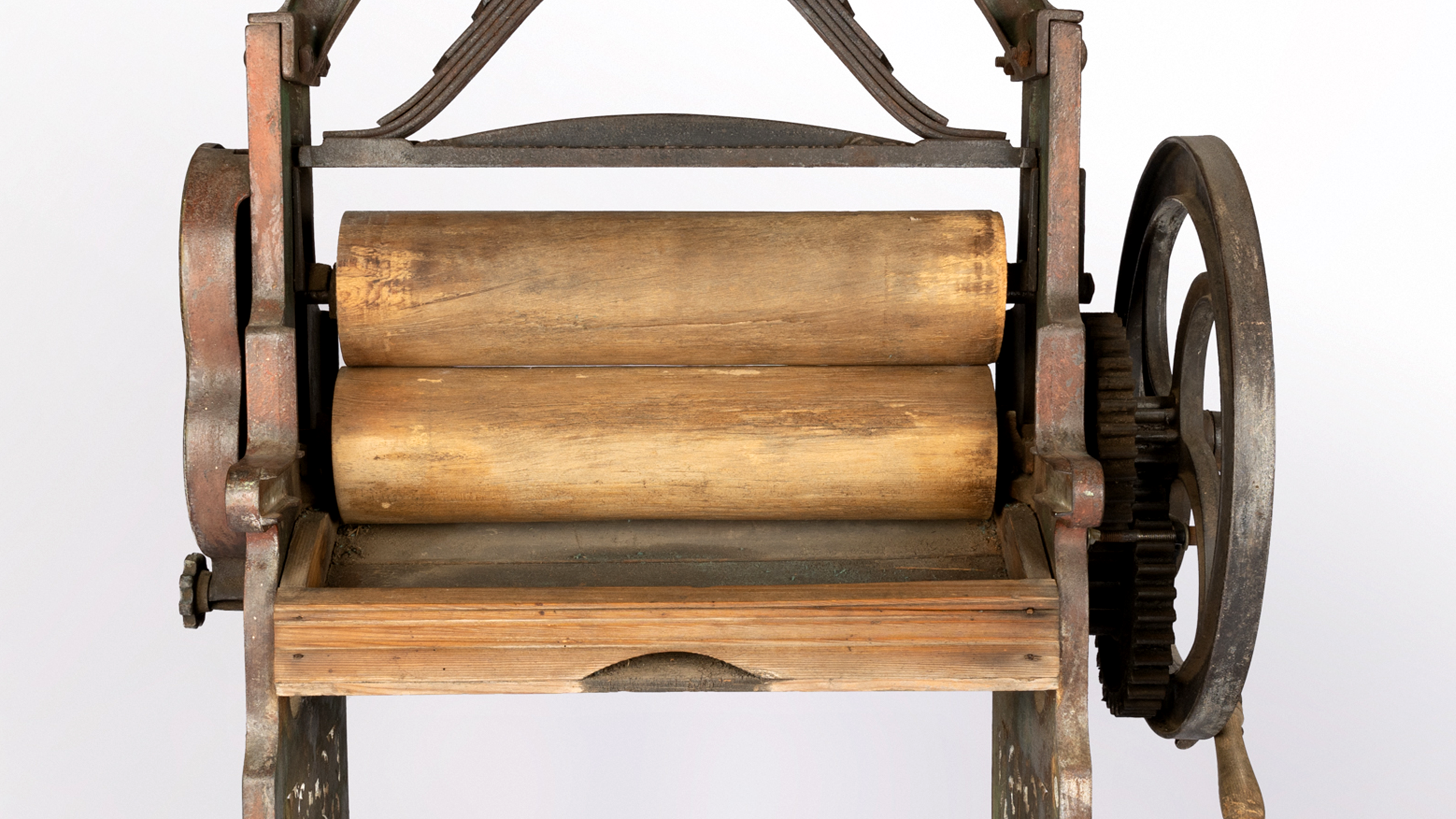 A Laundry Mangle from Morpeth

Like most pieces of iron machinery made in the nineteenth century, this ‘Ewbank Jewel’ laundry mangle was built to last. And last it did, now as solid and sturdy as the day it left the Entwhistle & Kenyon factory in Lancashire, England, sometime after 1875. Mangles were used to quickly flatten sheets, towels and tablecloths, and no well-equipped middleclass Victorian era home was complete without one.

Typically operated by the woman of the household, or if she was lucky enough, her housekeeper, a mangle worked by feeding one end of the wet, crumpled laundry between the rollers, winding the handle and pulling the flattened item out the other side. Rollers were also fun for children to put random things through, though accidents involving little fingers were not uncommon.

We don’t know who owned this mangle, but it was probably used in one or more households of the Hunter region from the 1880s. Perhaps this was the one owned by Mr B. Ling of Morpeth, who sold his mangle in 1884, or the one owned by Miss F. Wakely of Morpeth until 1896. Mangles were even provided to women who had earned their living doing laundry, before the Hunter River flooded in 1893, destroying their homes and livelihoods.

Hunter Region residents could buy mangles from Capper & Sons and David Cohen & Co.’s stores in Maitland, or from Sydney stores such as Anthony Hordern’s and F. Lassetter & Co.’s, who made the bold claim of stocking, ‘Mangles and Washers that make washing day a pleasure’. 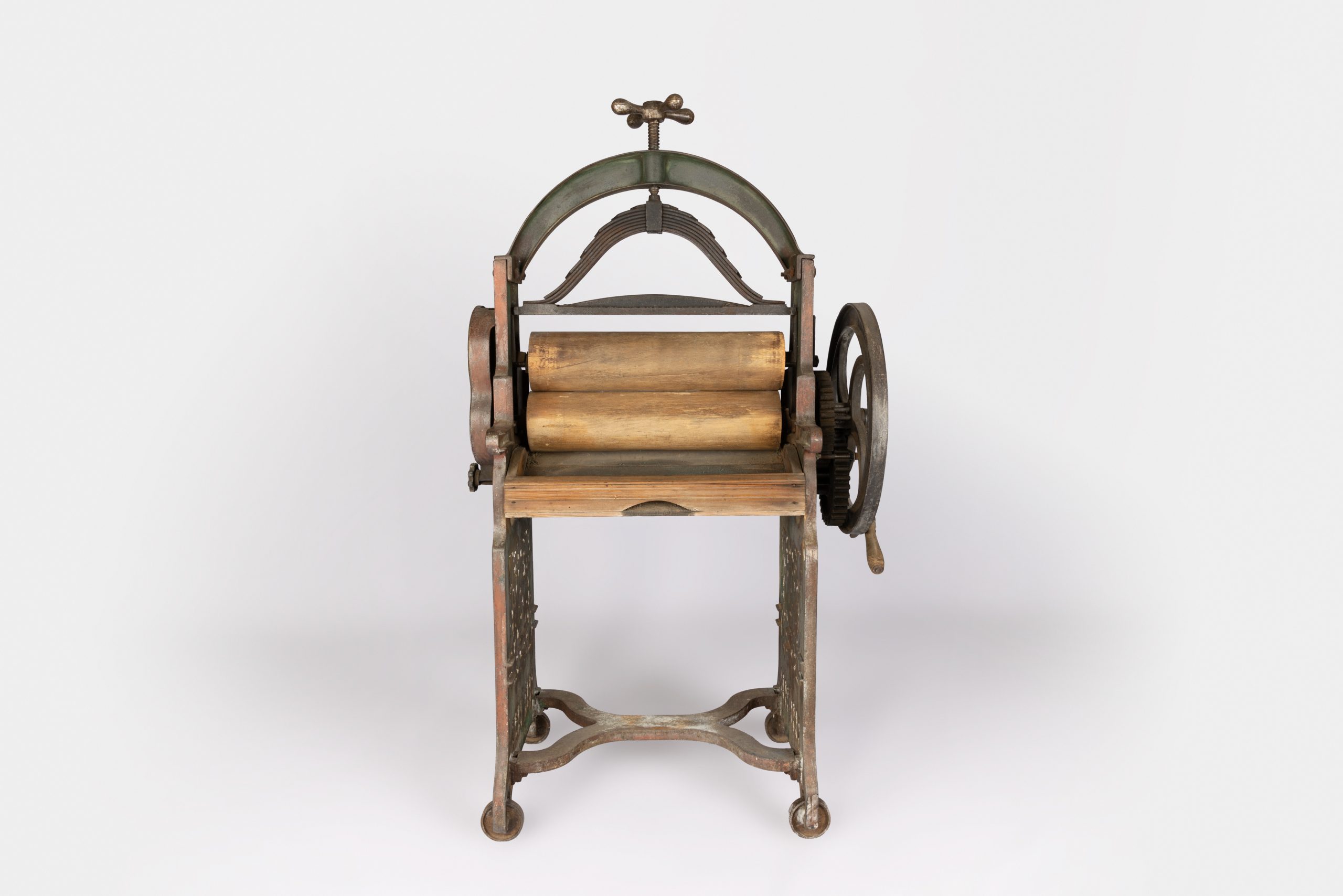 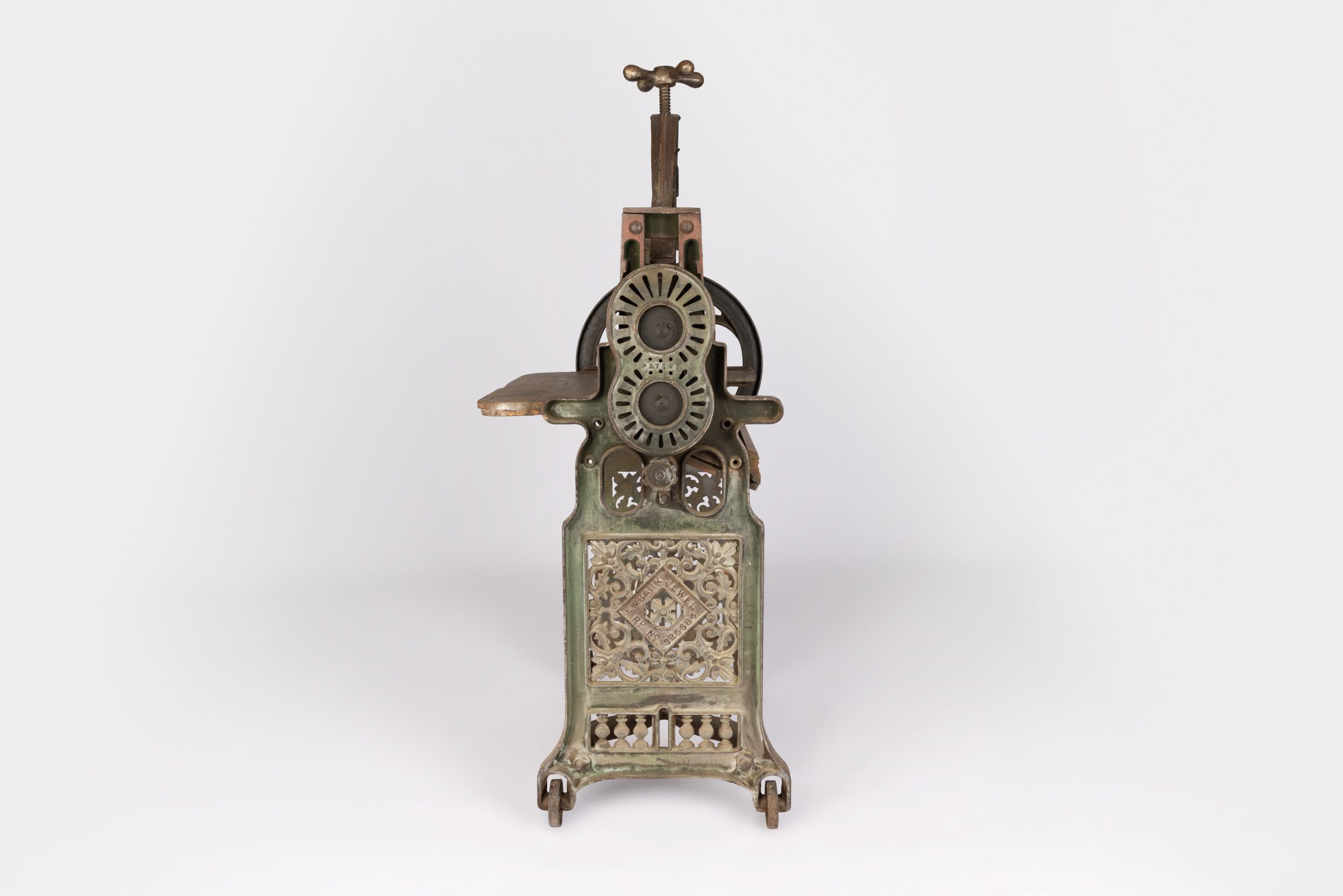 cast-iron framed upright mangle, supported on four casters, two timber rollers, steel bracing piece between legs, timber shelf at front and back, with wheel at the right and two tension screws on top

cast-iron framed upright mangle, supported on four casters, two timber rollers, steel bracing piece between legs, timber shelf at front and back, with wheel at the right and two tension screws on top