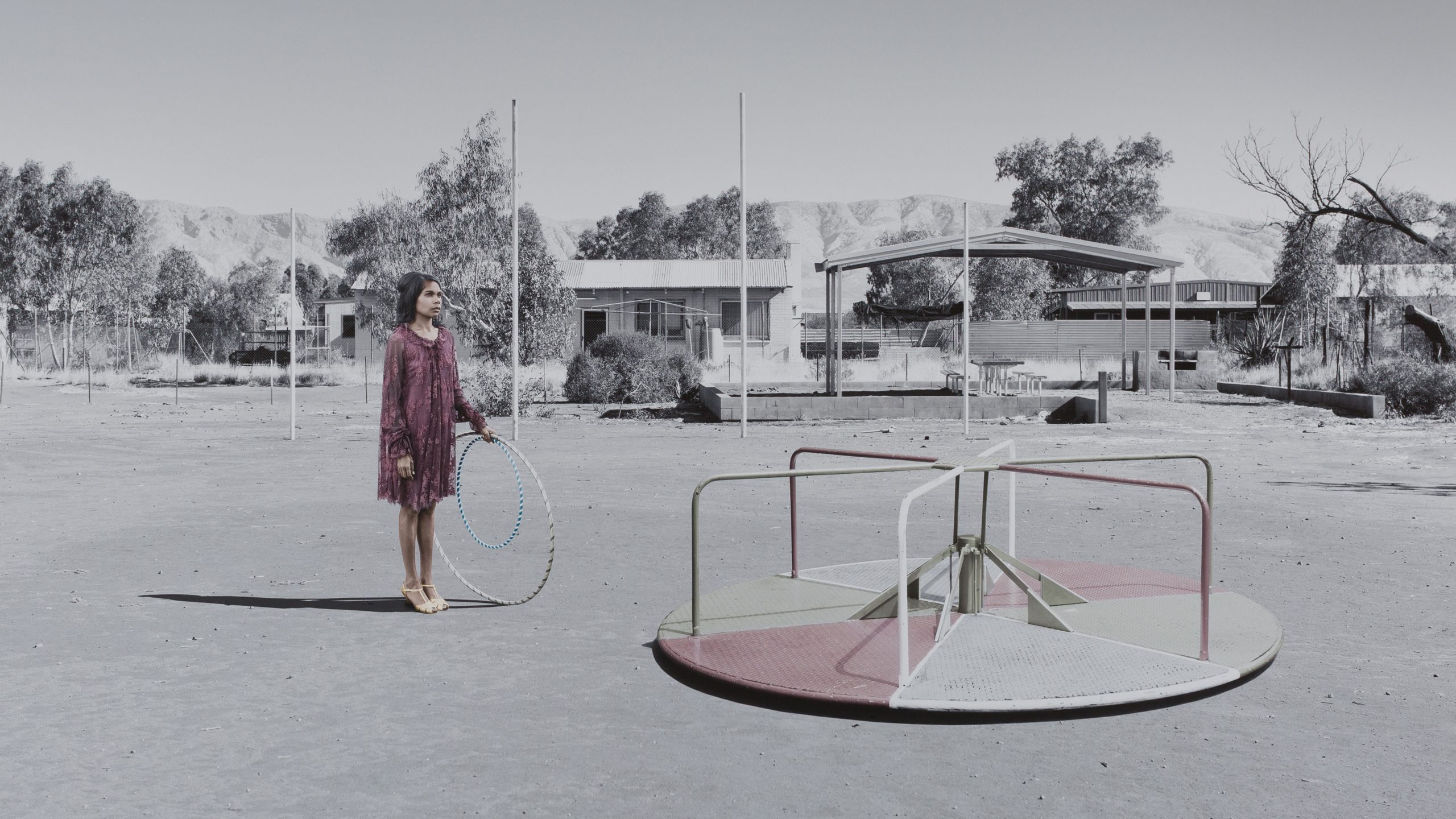 The Unrelenting Passing of Time

The sundial, the earliest device for time-keeping, indicates the time of day by the position of cast shadow from a vertical object. As the sun moves across the sky, the shadow of the object moves, marking the passage of time.

In Mother (Merry-Go-Round), artist Michael Cook (1968-) has utilised the placement of the Mother offset against the merry-go-round to evoke the image of a sundial, implying the unrelenting passing of time.

The repetition of circular objects in the image only serves to reinforce this statement, the hoops held by the Mother. The smaller hoop inside a larger one could indicate the carrying of a child, or of the childhood innocence we all still hold inside us.

In the background, what appears to be a sporting field offers us a feeling of childhood play, innocence and vitality, positioned against the passing of time into adulthood via the Mother, who stands as a marker at the crossroads, never moving forward or backward.

Merry-Go-Round was photographed in 2015 and launched at Art Basel Hong Kong in 2016. 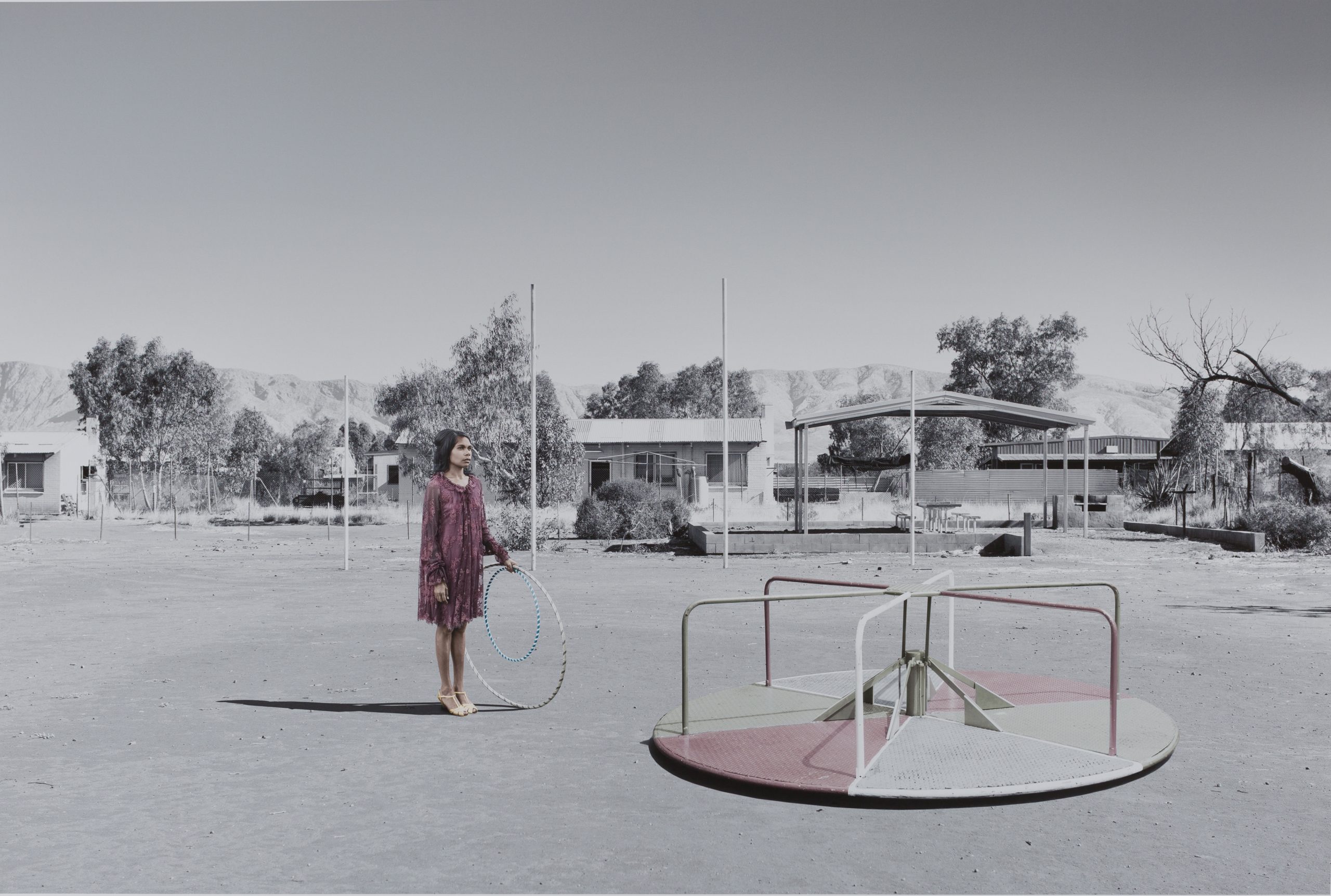