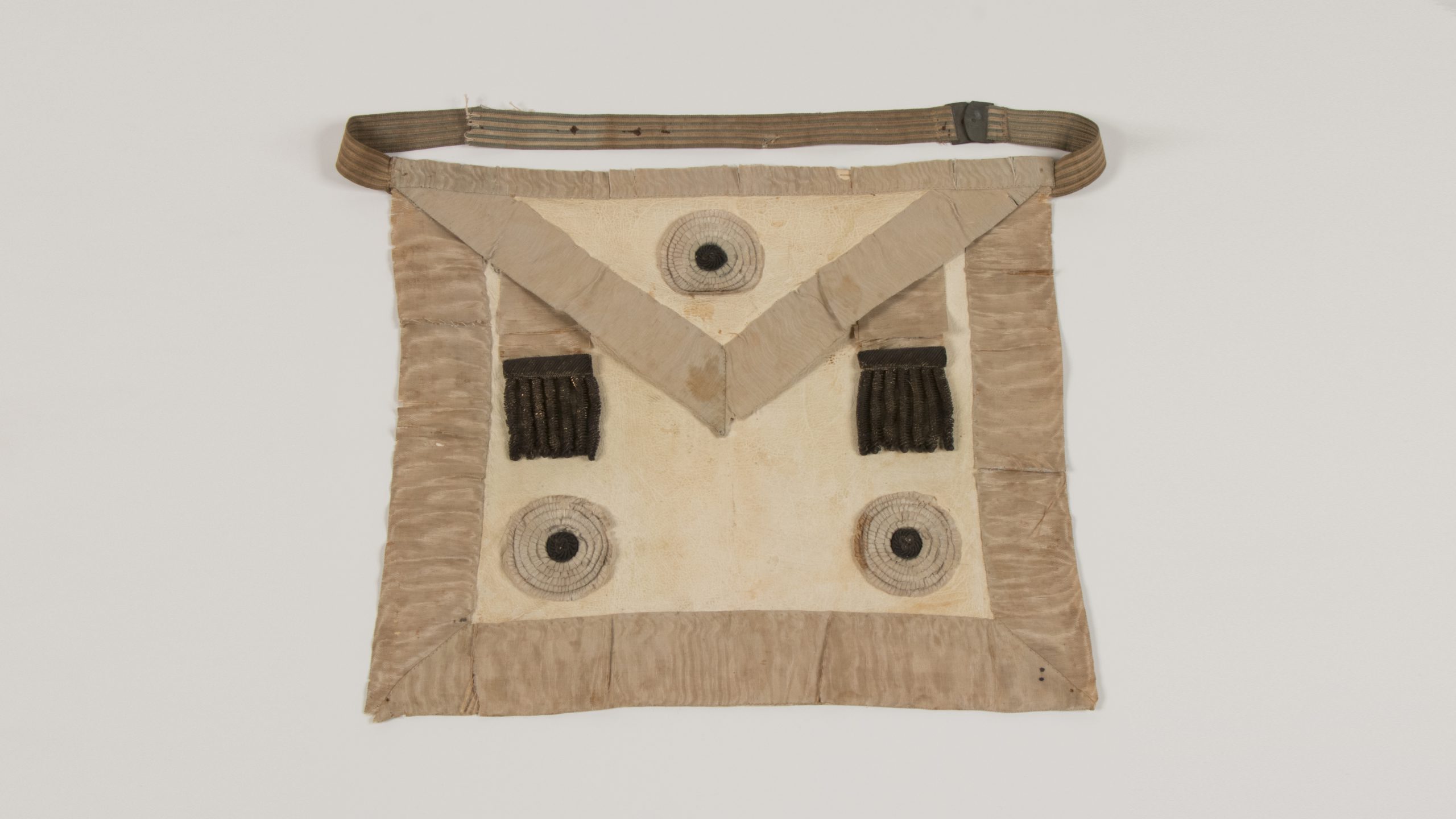 Belonging to a Brotherhood

This decorated apron is typical of the regalia worn world-wide by the Freemasons, and from the early eighteenth century. This era saw Freemasonry evolve from a craft-based fraternity exclusive to freemasons, to a moral-based organisation exclusive to men. Freemasonry, resembling this historic change, was transported to Australia by British-origin migrants in the late-eighteenth century. Throughout the nineteenth century it established and thrived in many regional towns. The inscribed date and name on the apron — 1868 E H Moulder — indicates the year its owner joined the Masons in Orange, which formed a decade earlier.

The apron was made from white lamb skin — a symbol of purity — and neatly edged in blue gross-grain braid (now faded); its rosettes are also made from gross-grain and metallic tassels trim the front of it. The design indicates that Edward Henry Moulder became a Master Mason; meaning he rose to the fraternity’s highest rank, or degree. The apron’s three rosettes represent fidelity to the brotherhood of the Masons, as well as the secrecy and silence relating to its Lodge proceedings. A Lodge was the place where the Mason’s met, such as Orange’s Ophir Lodge.

The first Mason gatherings at Orange were held at the Royal Hotel and Wellington Inn. At meetings members of differing ‘degrees’, or experience as Masons, wore regalia that included an apron, used secret passwords and performed coveted handshakes or grips, which was all kept from non-members. Members were respectable community men, and typically of the Protestant faith. Mason gatherings re-enforced shared values and were opportunities to discuss pressing community matters.

The apron’s owner was born in 1844 near Orange. His parents were former convicts, but once free they turned to farming in the Central West. At the end of his life Moulder’s peers praised the social standing he gained in the community; he became a ‘cattle and sheep man’, member of the local Pastures Protection Board, Licensing Magistrate and member of the Literary Institute. He was also a devout Anglican and sports loving. Moulder was a model citizen of his time. The way he lived was in keeping with the values upheld by the Freemasons. 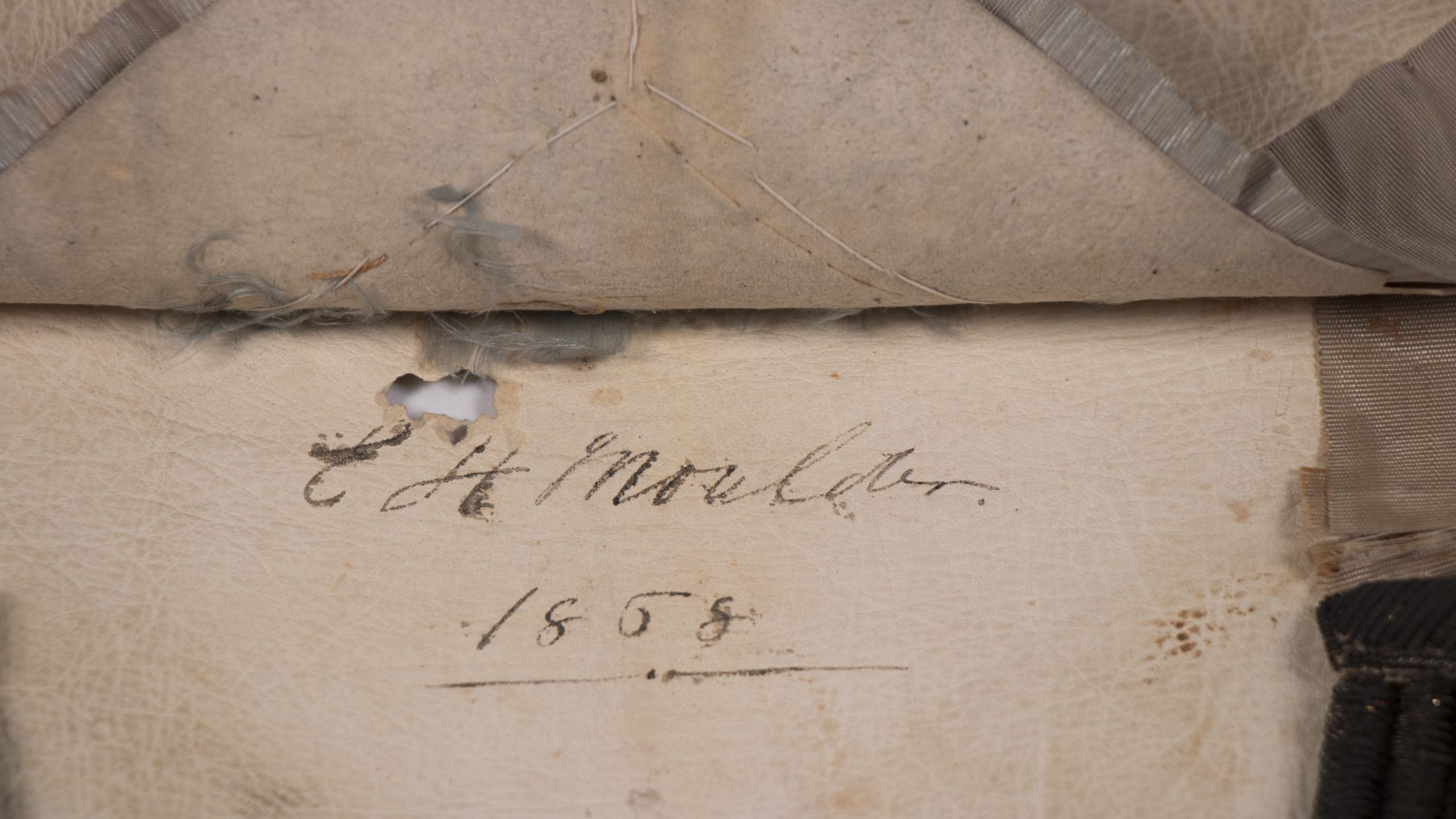 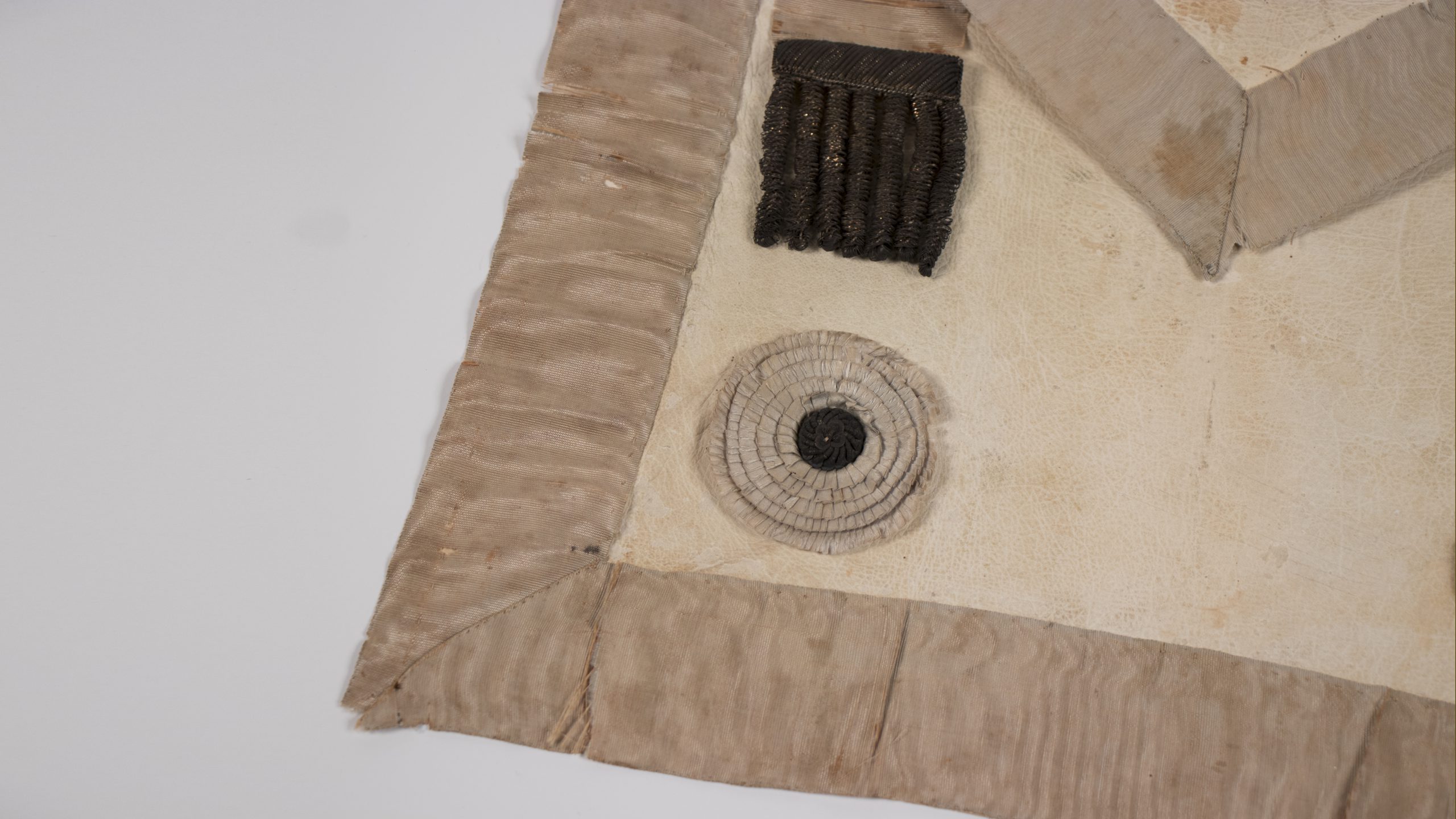 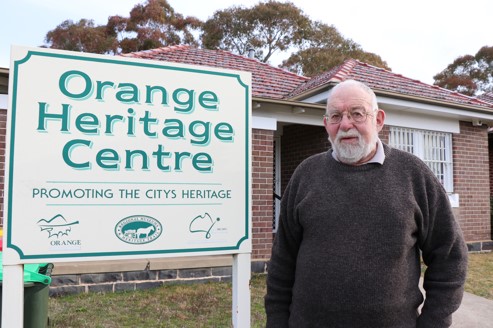