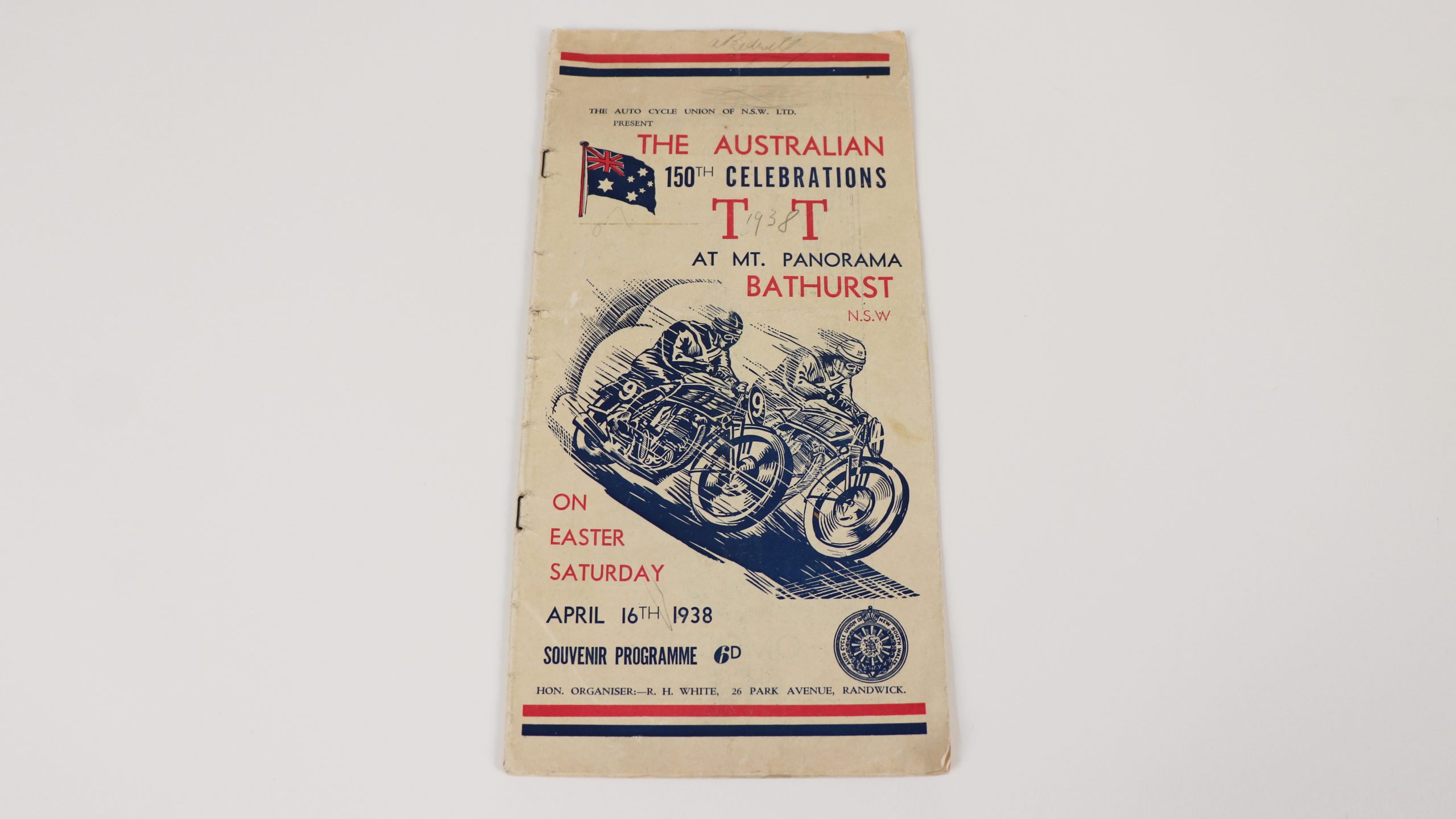 Movement on the Mountain

On Easter Saturday in 1938 the Mount Panorama Circuit at Bathurst, in the Central West of NSW, was first used for motor racing. The inaugural event was part of the district’s 150 years of European settlement celebrations. The inaugural race was an Australian TT motorcycle race, two days later the Australian Grand Prix cars competed.

The circuit, carved into rising ground known to  non-Indigenous settlers as Bald Hills but to the Wiradjuri as Wahluu, was first conceived as a tourist drive. Construction delays meant the track remained dirt for the first races, nonetheless 20,000 spectators paid to watch the daring bike riders compete.

This souvenir program, pubished by the Auto Cycle Union of NSW, details the introductory races held at Mount Panorama in 1938. The event followed after the first ever Grand Prix event held in Australia a decade earlier.

Spectators, like A Bedwell whose name is penciled on the program, used the booklet to keep track of the races held and learn the names of competing riders. It also contained a lap score chart that could be filled-in – to encourage greater spectator involvement in the race – as speed and time was at the heart of the daring event. A map of the circuit notes that the difficult hairpin bend that would ‘test the skills of all riders’.

Advances made in motor technology over the decades meant that many riders and drivers – who were predominantly men – were driven to achieve greater speeds, attracting thousands of motor racing enthusiasts to the sport as they set out to ‘conquer the mountain’.

A key feature of motor racing at Bathurst has always been the rewarding of race winners and place-getters – typically with trophies and prize money. The trophy shown here was awarded by the Auto Cycle Union to A Leech for third place in the Junior side-car trophy TT motorcycle race in 1953. 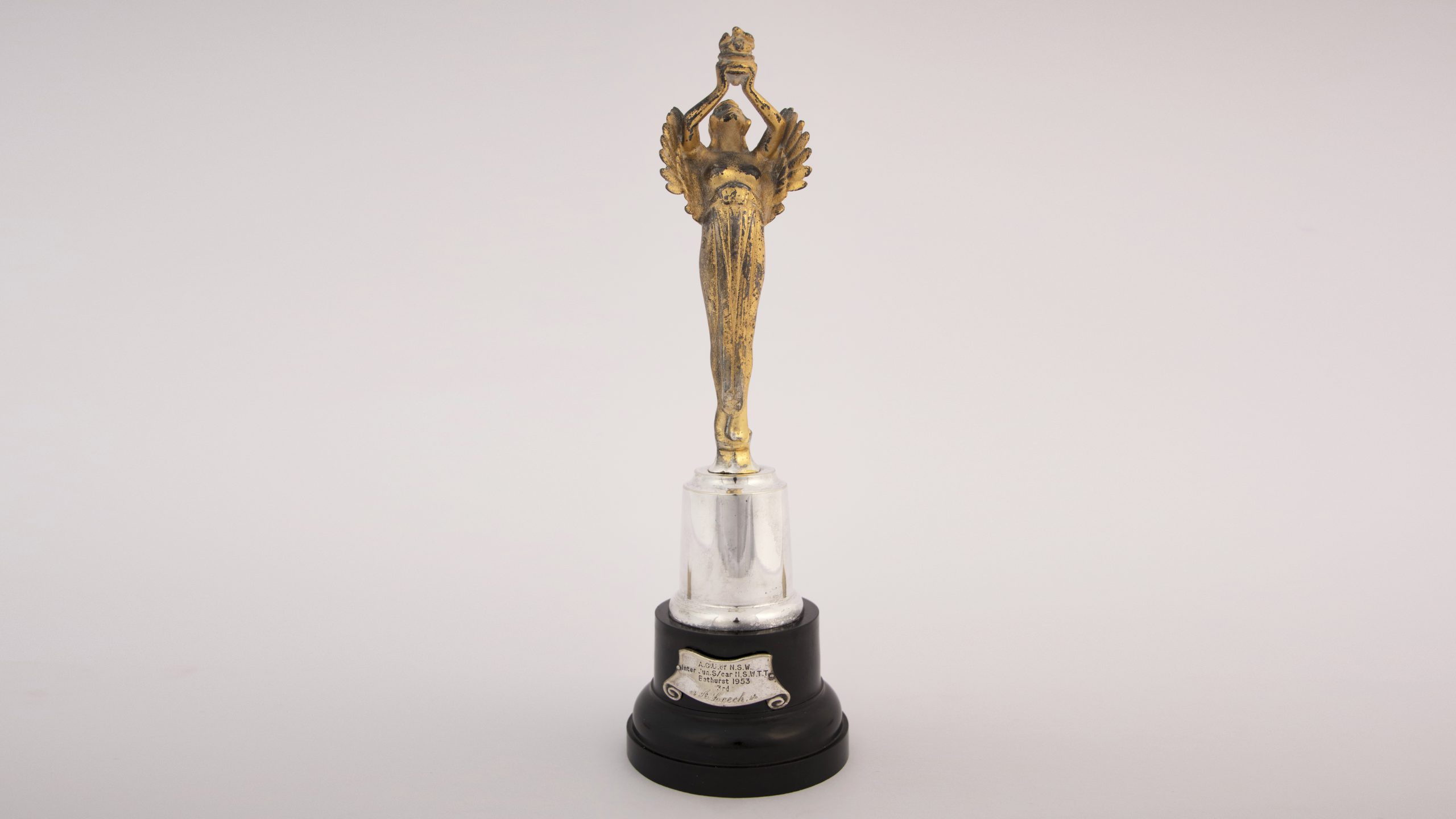 Spectators name A Bidwell penciled on front page of the program

The National Motor Racing Museum is located in the city of Bathurst, on Wiradjuri Country, in the Central West region of New South Wales.

The museum is located beside the world famous track at Walloo-Mount Panorama, home of the iconic Bathurst 1000 super car race, and traces the rich history of Australian motorsports from the 1920s to the present day.

A line up of classic racing cars and motorcycles is combined with vivid displays of trophies, race suits, leathers, footage and photographs along with an immersive exhibition space, giving visitors a taste of the speed, sound and thrill of racing at this iconic mountain side circuit. 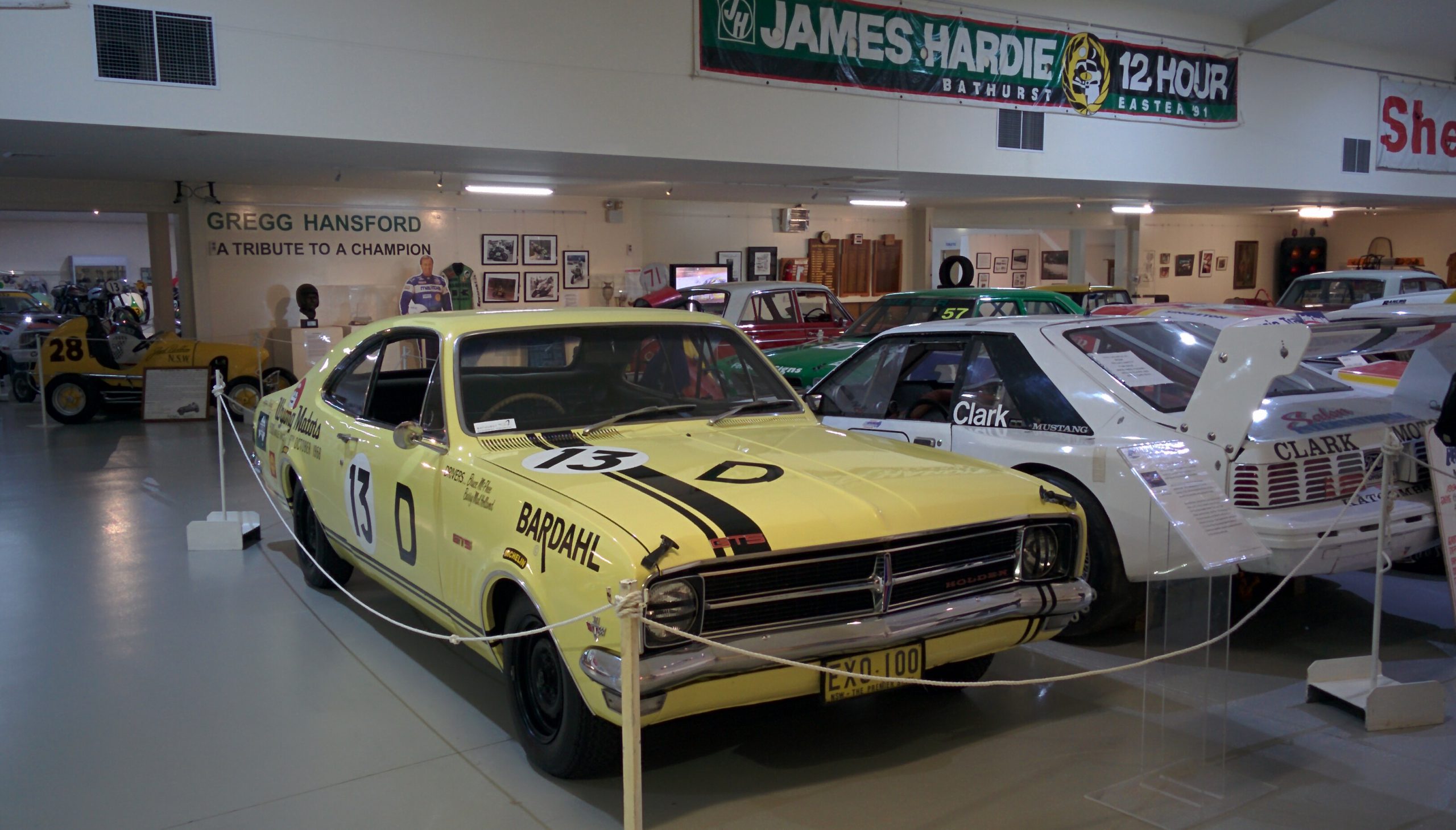