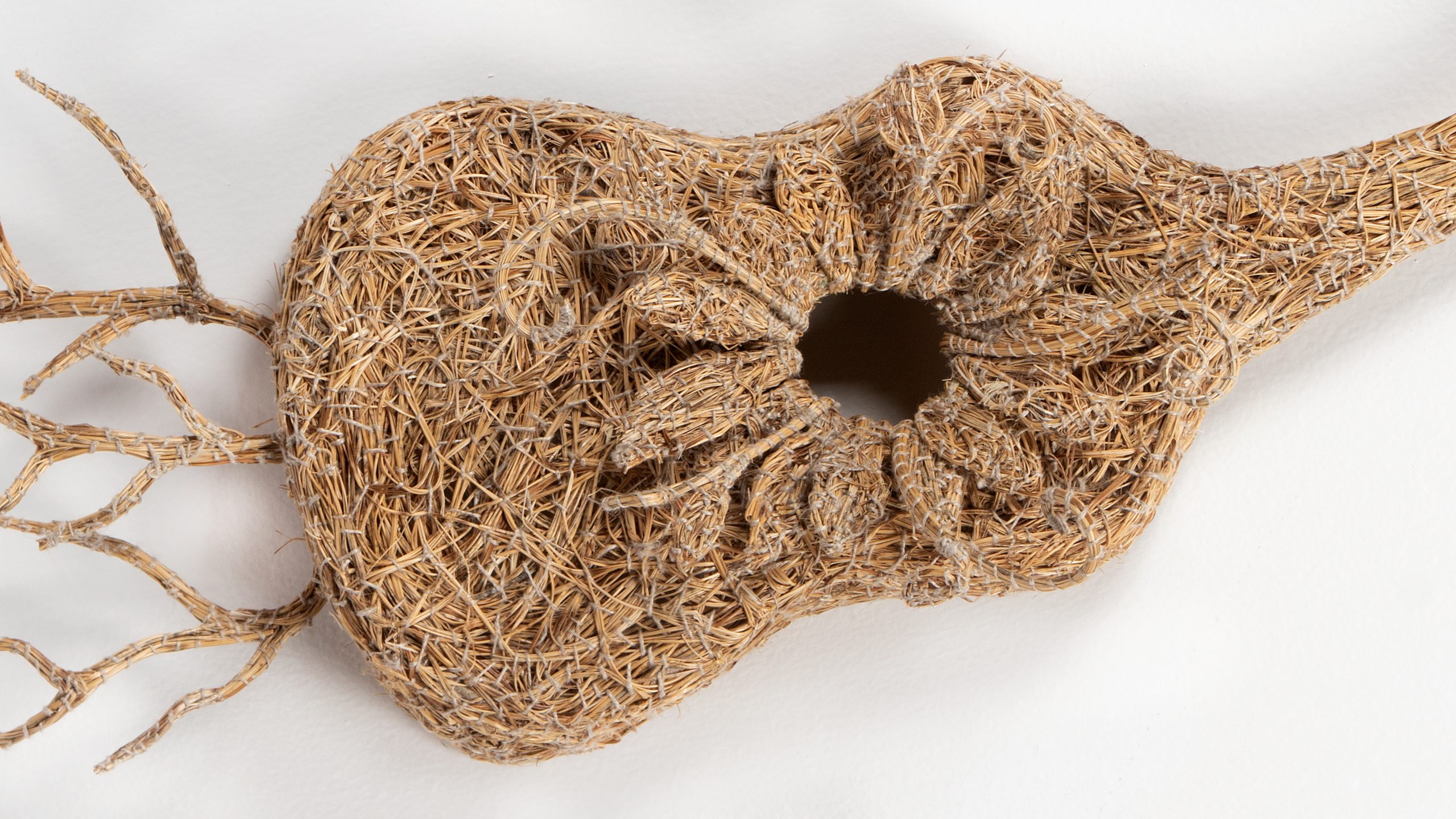 Conceived in 1995 as part of Tamworth’s Australian Country Music Festival, the city’s annual exhibition It’s a Guitar Shaped World invites artists to create a work in response to the exhibition title. Each year, since its inception, twenty artists have created works that are humorous, bizarre, and made from nearly every conceivable medium.

This work by Kate Campbell-Pope simply titled Guitar was created for the 1999 exhibition. Kate is a West Australia-based artist and works in textiles and sculpture. Crafted from woven and bound grass, the guitar appears to have sprouted roots that are part of the flower that forms the sound hole. The fret board and tuner pegs have taken the shape of a human hand holding a single musical note. According to Kate, all these elements offer a ‘light-hearted, fun representation of the relationship between the body, the earth and music’. It expresses the artist’s connection to the human form and the natural environment.

Crafted as a homage to her late sister who played the guitar and piano, Kate said that the artwork alludes to the ephemerality of music and life. ‘The hand and the heart of the player contain and convey musical memory, rooted in the depths of our individual lives and collective cultural history.’ The roots reaching from the guitar’s body are like dancing stick figures, resembling painted figures on a cave wall. The hand not only holds the musical note but offers it to the viewer, to share and pass on, helping to keep both memories and music alive. 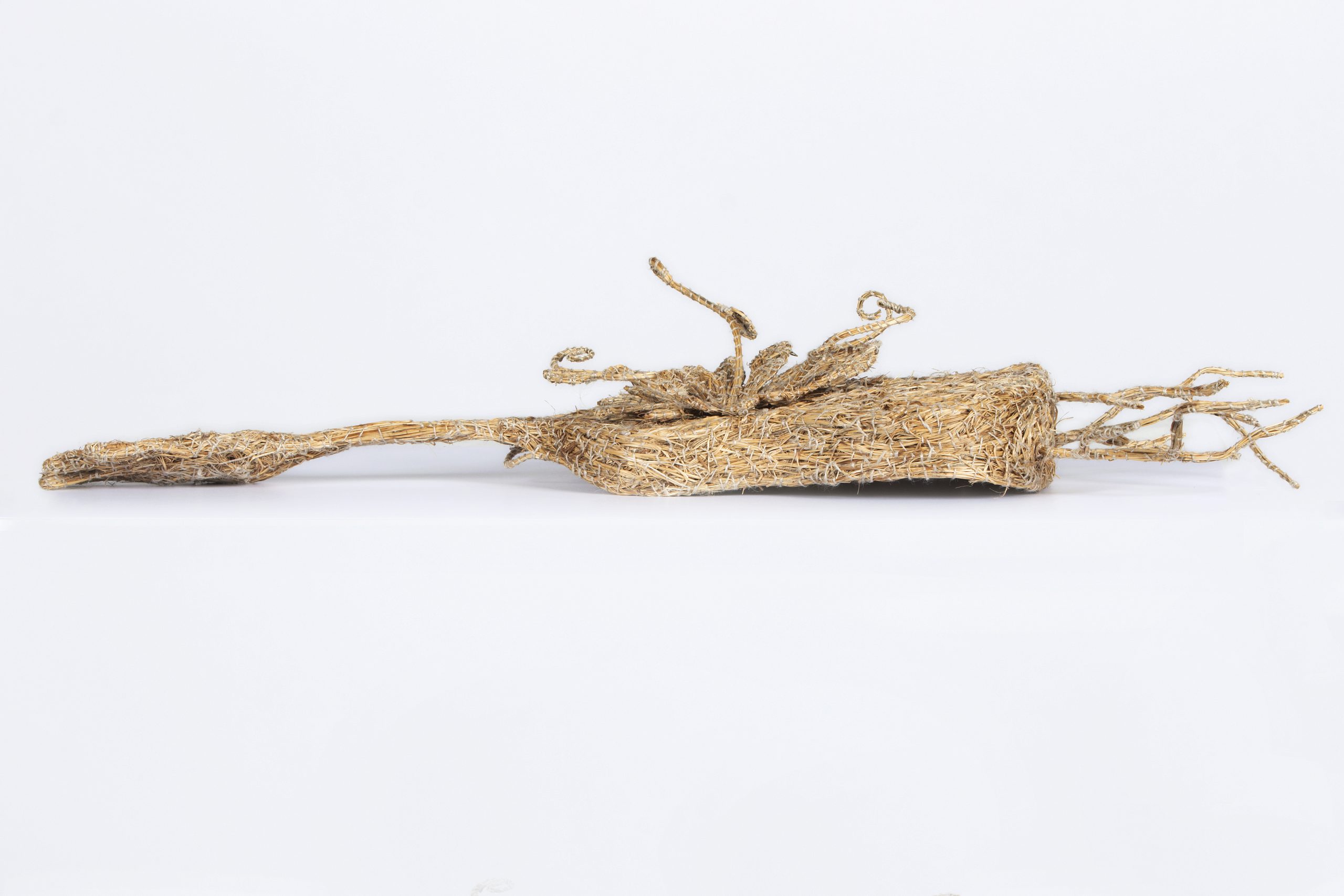 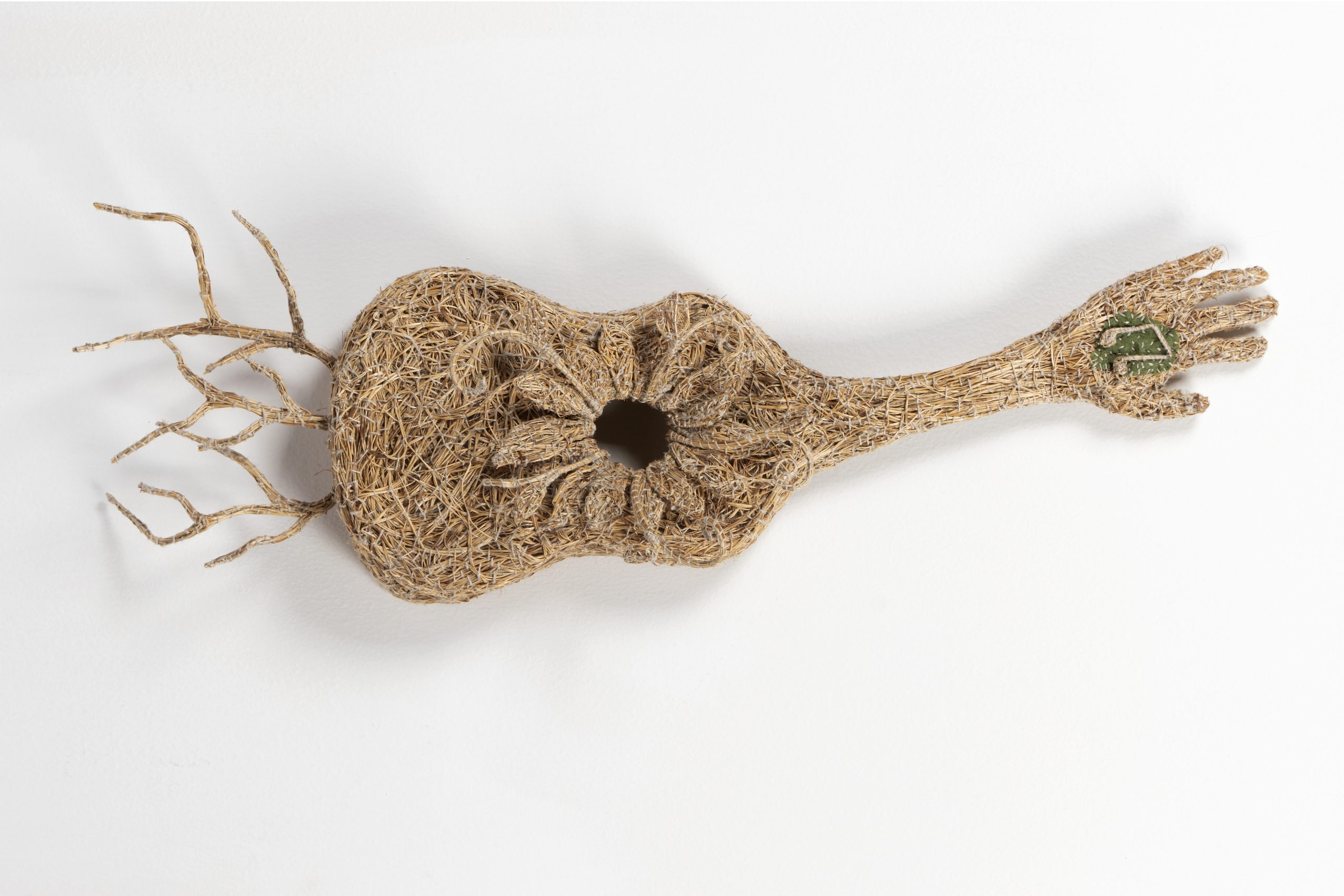 guitar-shaped sculpture made from plant fibre, wire and linen thread

guitar-shaped sculpture made from plant fibre, wire and linen thread