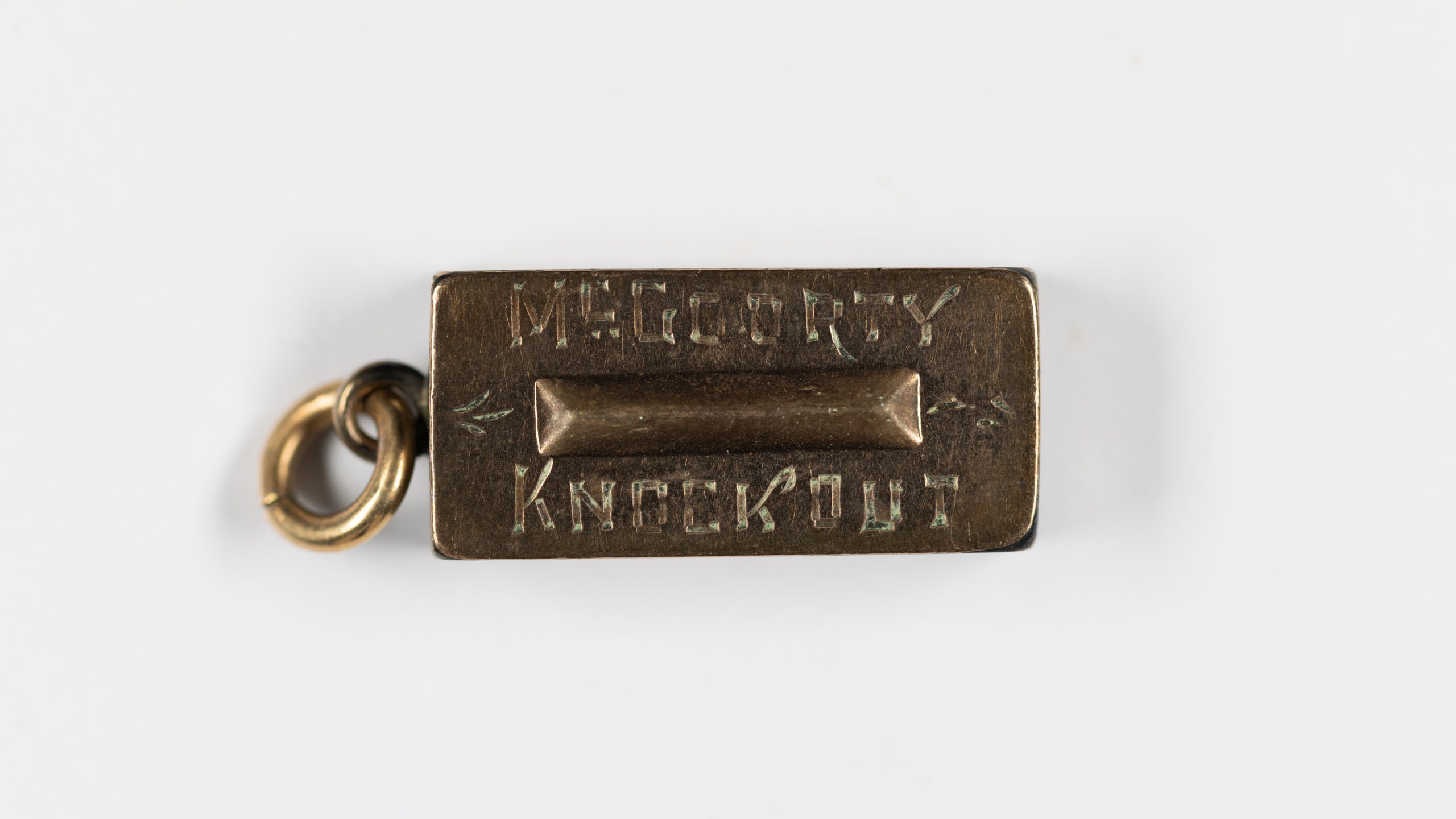 One Brick To Another

When Maitland’s middleweight boxing champion Les Darcy (1895-1917) convincingly knocked out the world heavyweight champion Eddie McGoorty, at the Sydney Stadium in 1915, his fast-growing fan base was elated.

In celebration of this victory, Ernest Card, founder of Sydney’s Gold Brick Society, gifted this miniature gold brick to Darcy to wear as a watch chain pendant. Card, a brickmaker from Sydney’s Waterloo, inscribed the gift with ‘ONE BRICK TO ANOTHER’, referencing his occupation and Darcy’s physique.

Card established the Gold Brick Society in 1914 to support charitable and patriotic causes during WWI. In 1918 a branch of the Society was opened in Newcastle and headed by Card’s associates. Card had business interests in coal mining and the Thornton Brickworks nearby at West Maitland, and followed Darcy’s stunning career. Perhaps this was because of his business interests in the Hunter – though Card was also a known supporter of professional boxing.

Card clearly admired Darcy’s ‘staunchness’, ‘forbearance’ and ‘courage’, all characteristics that the pendant symbolised. And Card was reported to have gifted the earliest brick pendants to gentlemen friends he thought highly of. The bricks were designed to raise money for wartime causes and reward patriotic efforts, so it is somewhat ironic that Darcy was given one, since, despite widespread public criticism, he did not enlist. Instead, he evaded compulsory military service by stowing away to America to box. 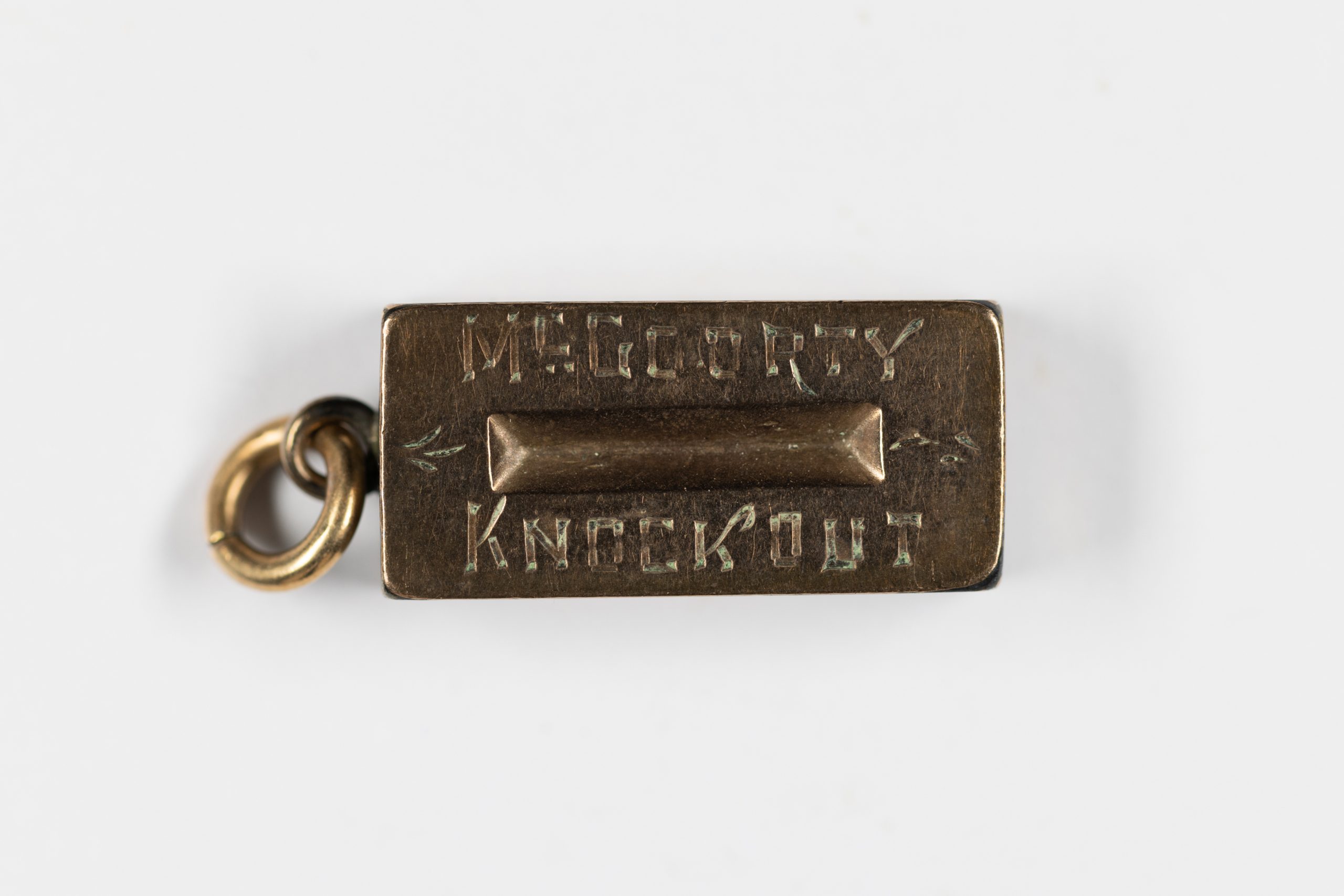 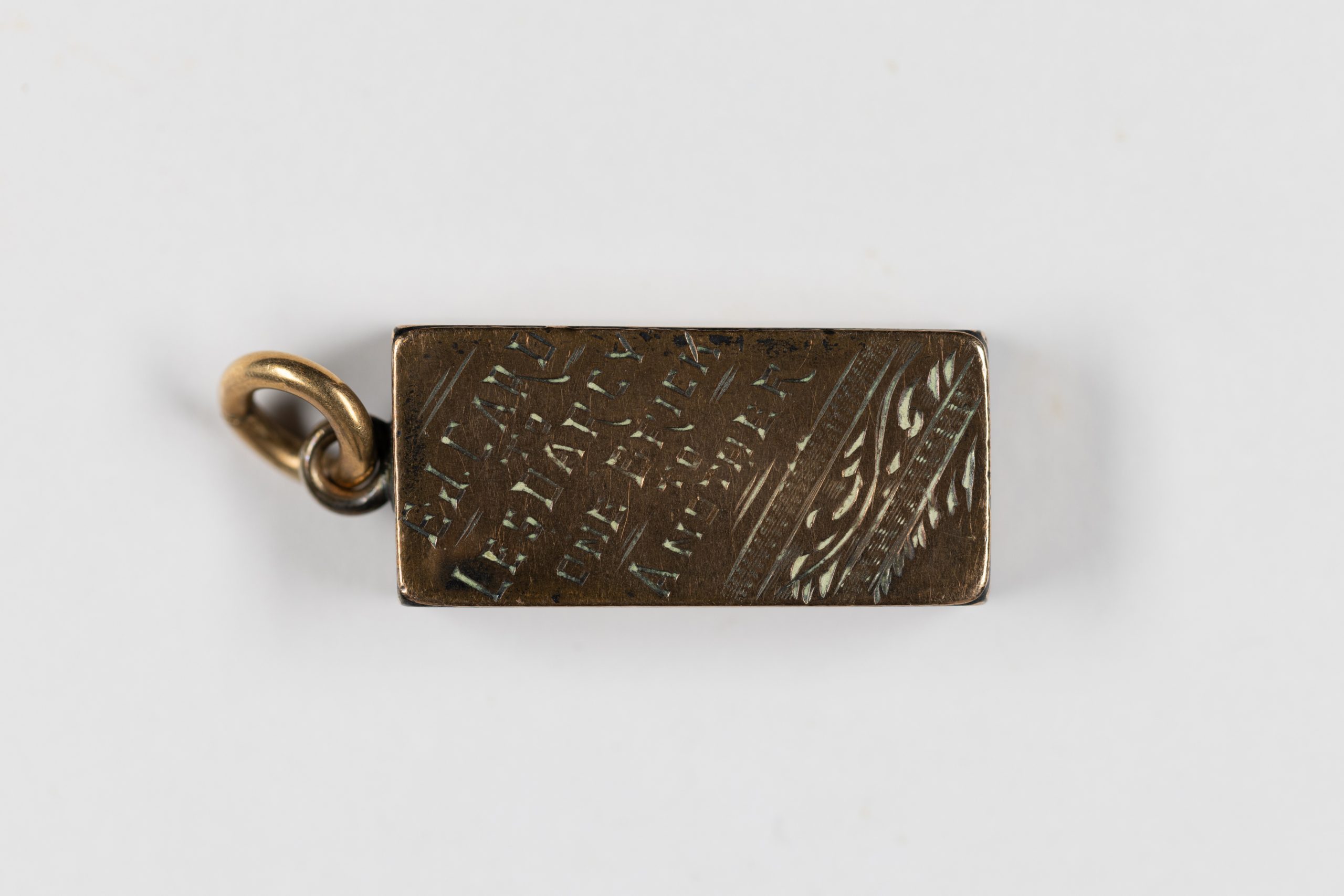 gold jewellery pendant, in the form of a brick

McGOORTY KNOCKOUT [obverse], ‘E.J. CARD TO LES DARCY ONE BRICK TO ANOTHER [on reverse]

gold jewellery pendant, in the form of a brick

McGOORTY KNOCKOUT [obverse], ‘E.J. CARD TO LES DARCY ONE BRICK TO ANOTHER [on reverse]