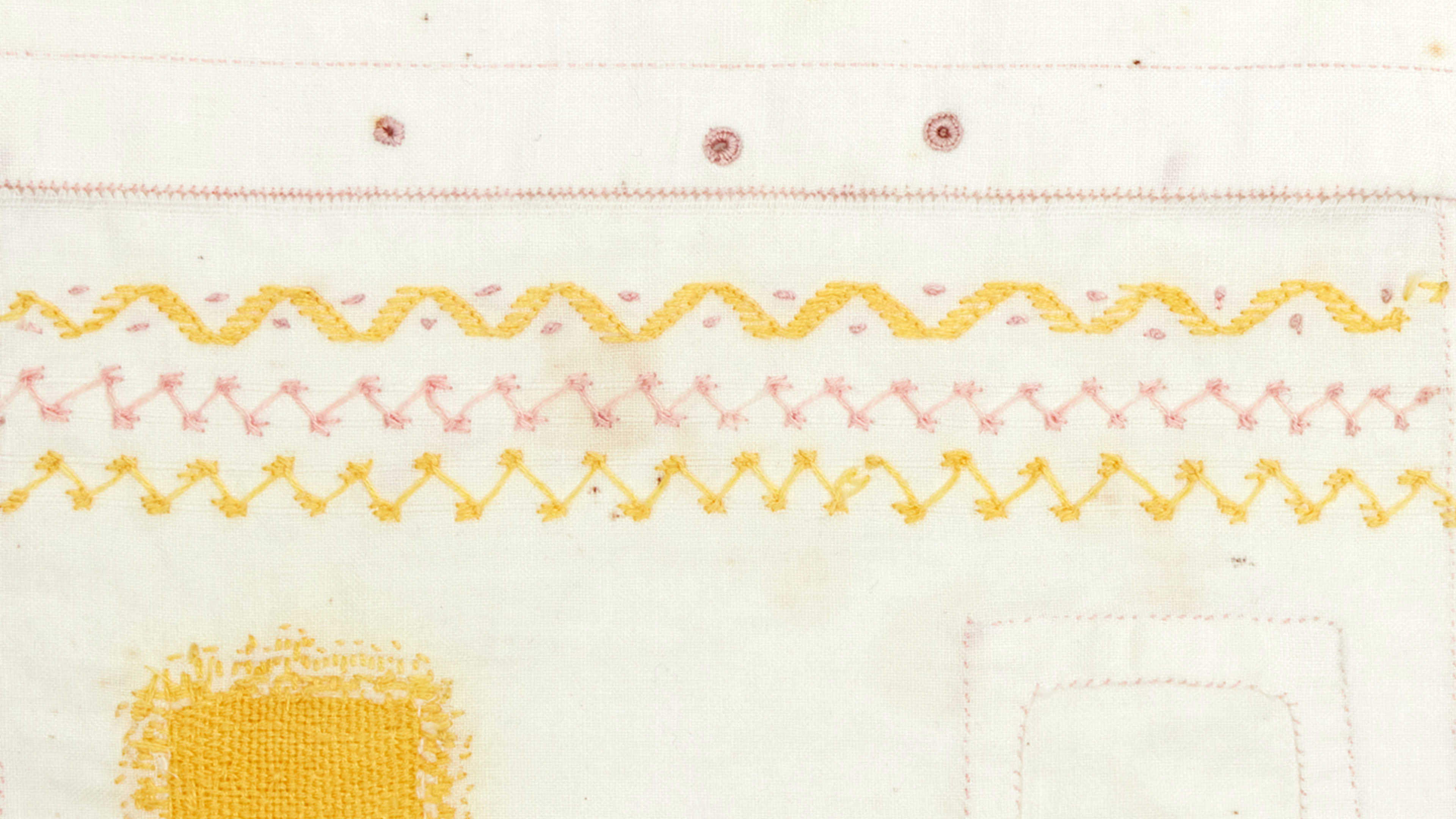 A Schoolgirl’s Needlework Sampler from Berry

In the 1870s, when Berry schoolgirl Helena Kinneally stitched the buttonholes, fancy borders and darning to create this needlework sampler, she probably didn’t know how useful those skills would later be, when she became the mother of ten children.

Helena Kinneally (c. 1868-1904) was born in Victoria about 1868. She was the daughter of William Kinneally and Bridget Laffin, who had emigrated to Australia from Tipperary, Ireland, married in Victoria, and moved to Berry, about 1870.

Helena attended the Berry Public School, where in 1875 she won second prize for the school’s spelling bee. The school had opened in 1860 with just 47 students, and for the girls in attendance, creating needlework samplers like this would have been high on the list of classroom activities.

Samplers were a standard part of a girl’s education in the eighteenth and nineteenth centuries, to equip them with employable skills and meet the social expectation of being able to sew and mend. Considered symbols of feminine accomplishment, many  samplers had elaborate designs featuring the alphabet and messages, but most were for practicing and displaying simple, practical stitches like buttonholes and darning.

In 1885, Helena married a fellow Irish emigrant named Daniel Conway, and between 1886 and 1901, Helena gave birth to their ten children. She certainly would have put her practiced needlework skills to good use, making and mending their clothes and household linen. This sampler survives as a reminder of the patience and skill of one girl, whose experience of learning needlework was shared by all schoolgirls of her era. 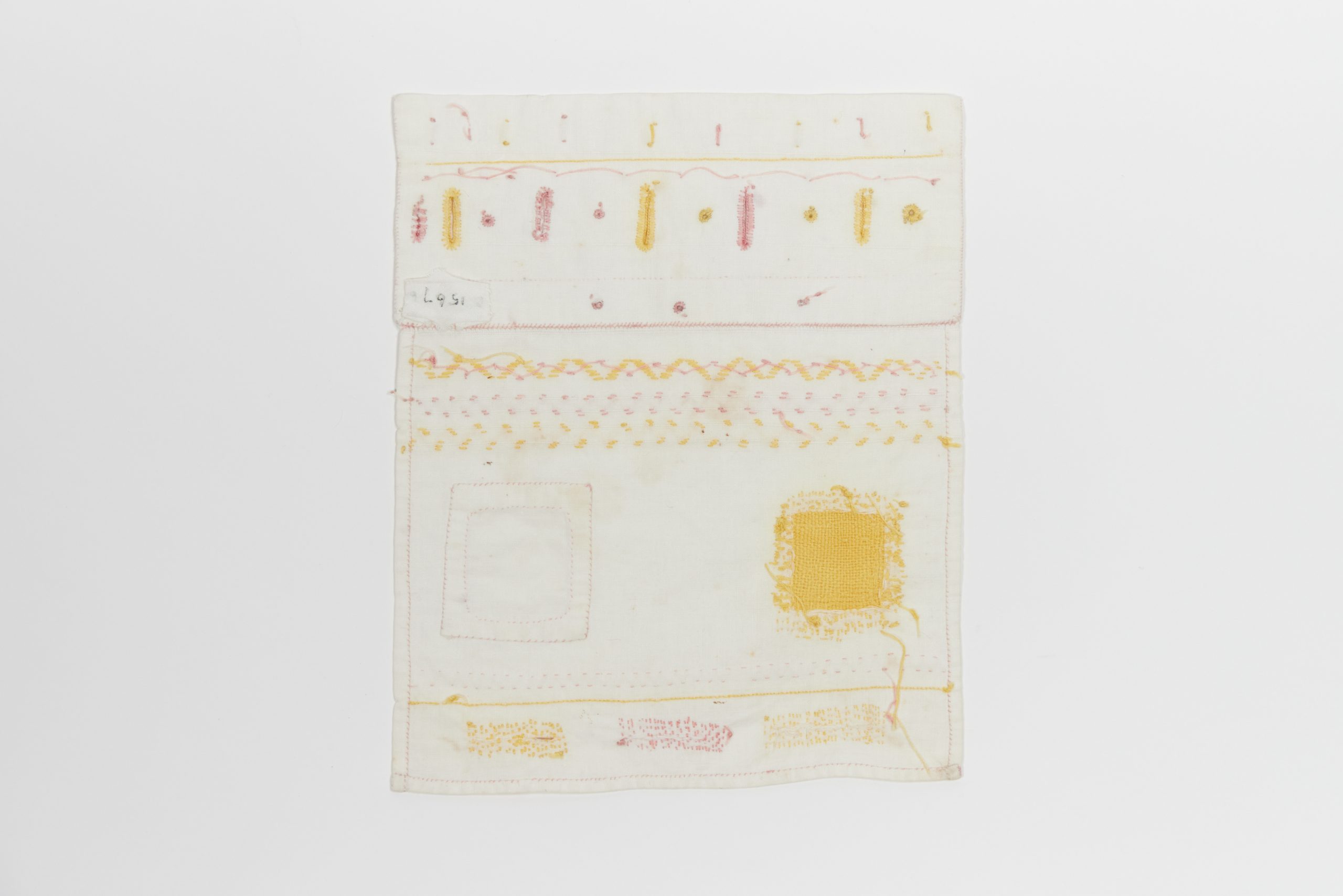 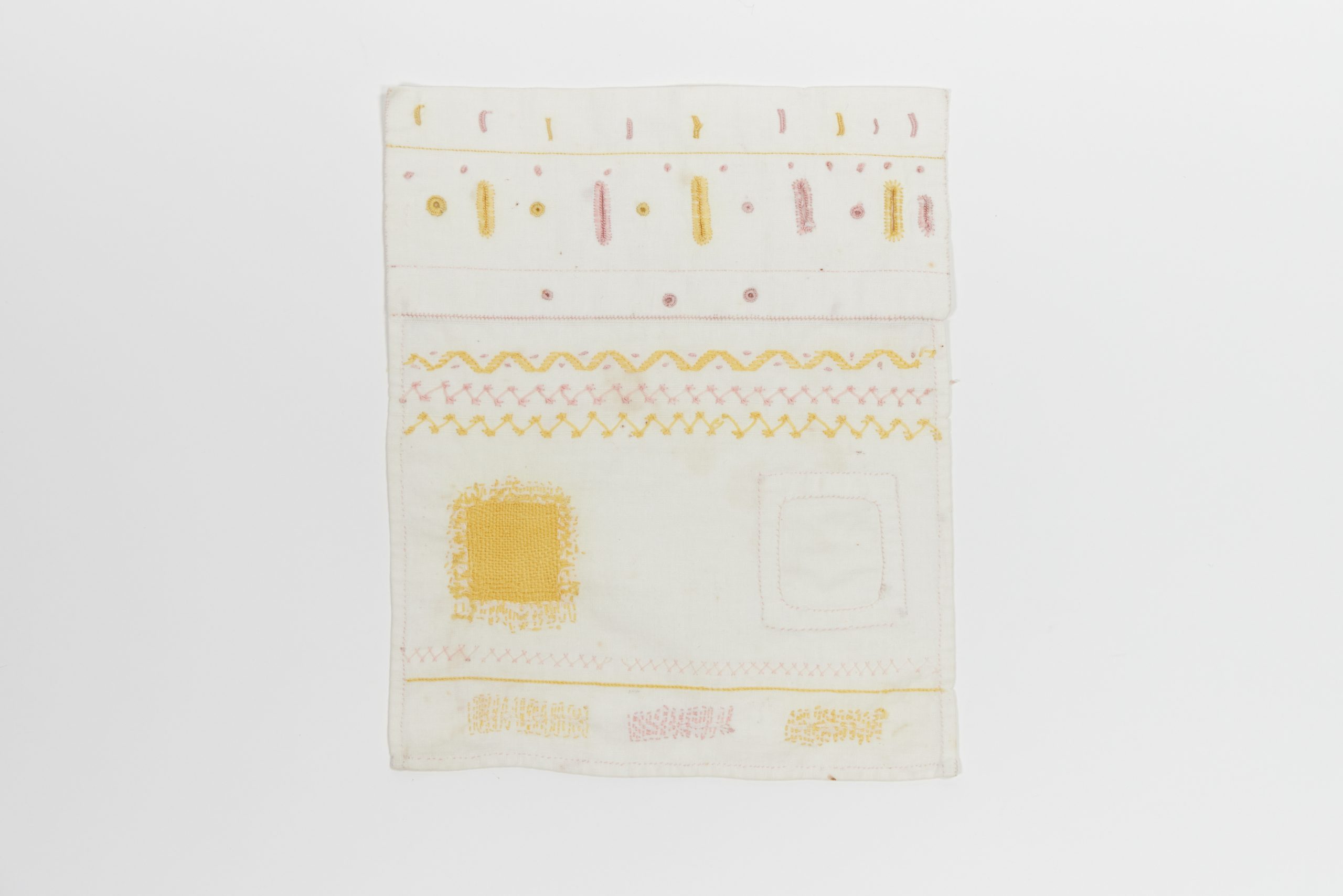 linen square, stitched with rows of small and large buttonholes and eyelets, dividing lines of straight stitching, bands of fancy zigzag and embroidery and darning patches in pink and yellow thread

linen square, stitched with rows of small and large buttonholes and eyelets, dividing lines of straight stitching, bands of fancy zigzag and embroidery and darning patches in pink and yellow thread