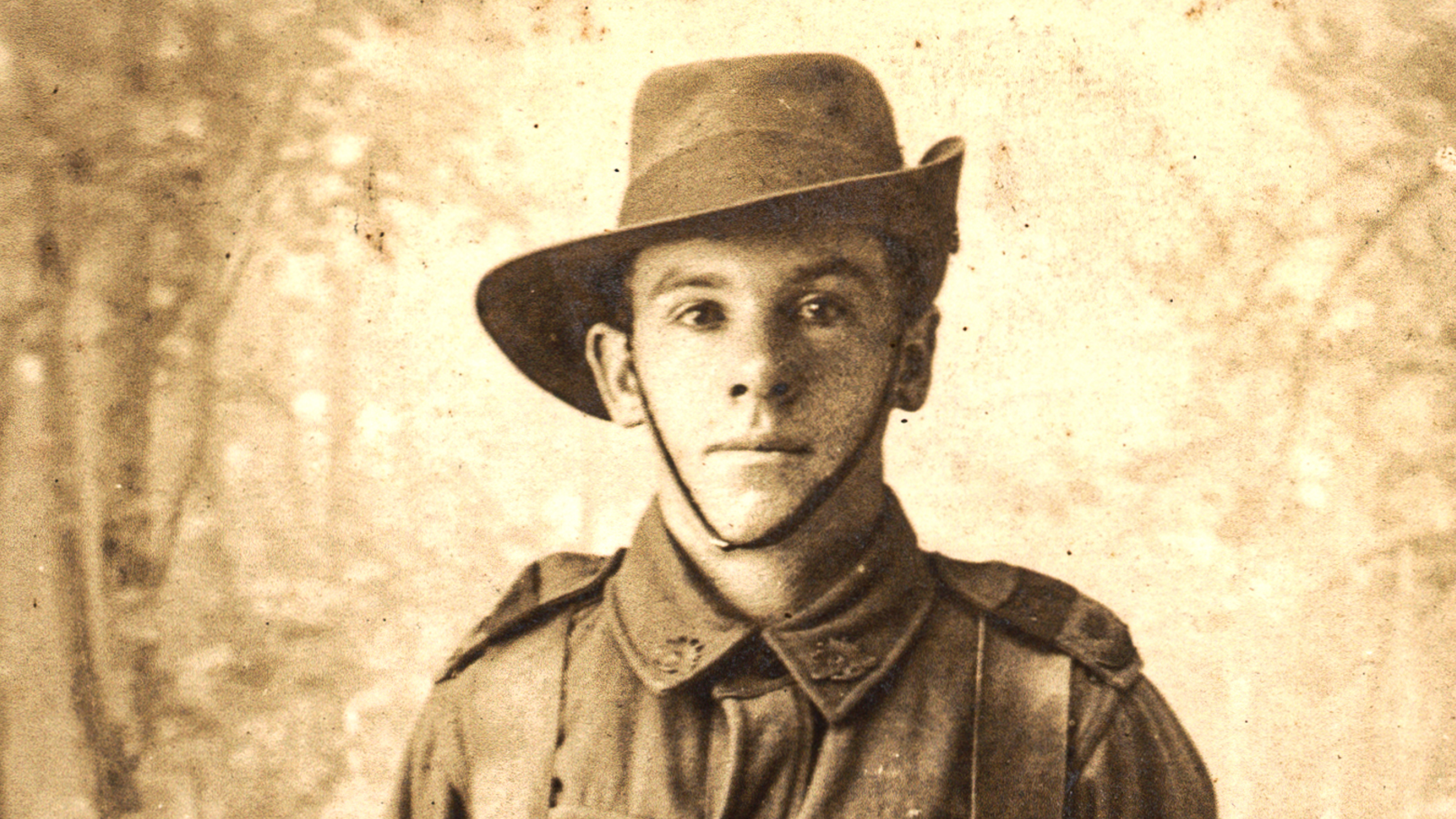 In this official Australian Imperial Force (AIF) postcard portrait made in 1916, Leslie Clouten, a 20-year-old fisherman from Lake Macquarie, looks proud and confident, still unscarred by the horrors of war.

During battle in France in 1917, Leslie was shot in the abdomen. After recovering, he returned to the front, but was wounded again at Villers Bretonneux, where he died in April 1918. Sometime after, someone recorded on the back of this postcard portrait ‘Leslie Clouten / Killed in First World War’.

By November 1918, his grieving mother Jane wrote to the AIF, eager for news of the return of Leslie’s personal belongings, so important to her as remnants of his final years of life.

Over six months later, there was still no sign of them, but further inquiry revealed that one of their sons’ packages had been loaded on board SS Barunga, which had been sunk off Cornwall by a German torpedo in July 1918. The ship’s 800 sick and wounded passengers were all rescued, but the cargo (including Leslie’s letters, cards and YMCA wallet) sank to the bottom of the Atlantic.

The remainder of Leslie’s belongings – a notebook, two letters, a razor and two photographs – had still not arrived by 1921. Jane wrote again, requesting their whereabouts and for her son’s official photo to be sent to her.

Finally, this postcard portrait and notebook-diary, which Leslie used to record his 1916 journey to England, were returned to the Cloutens, who kept them safe and treasured. 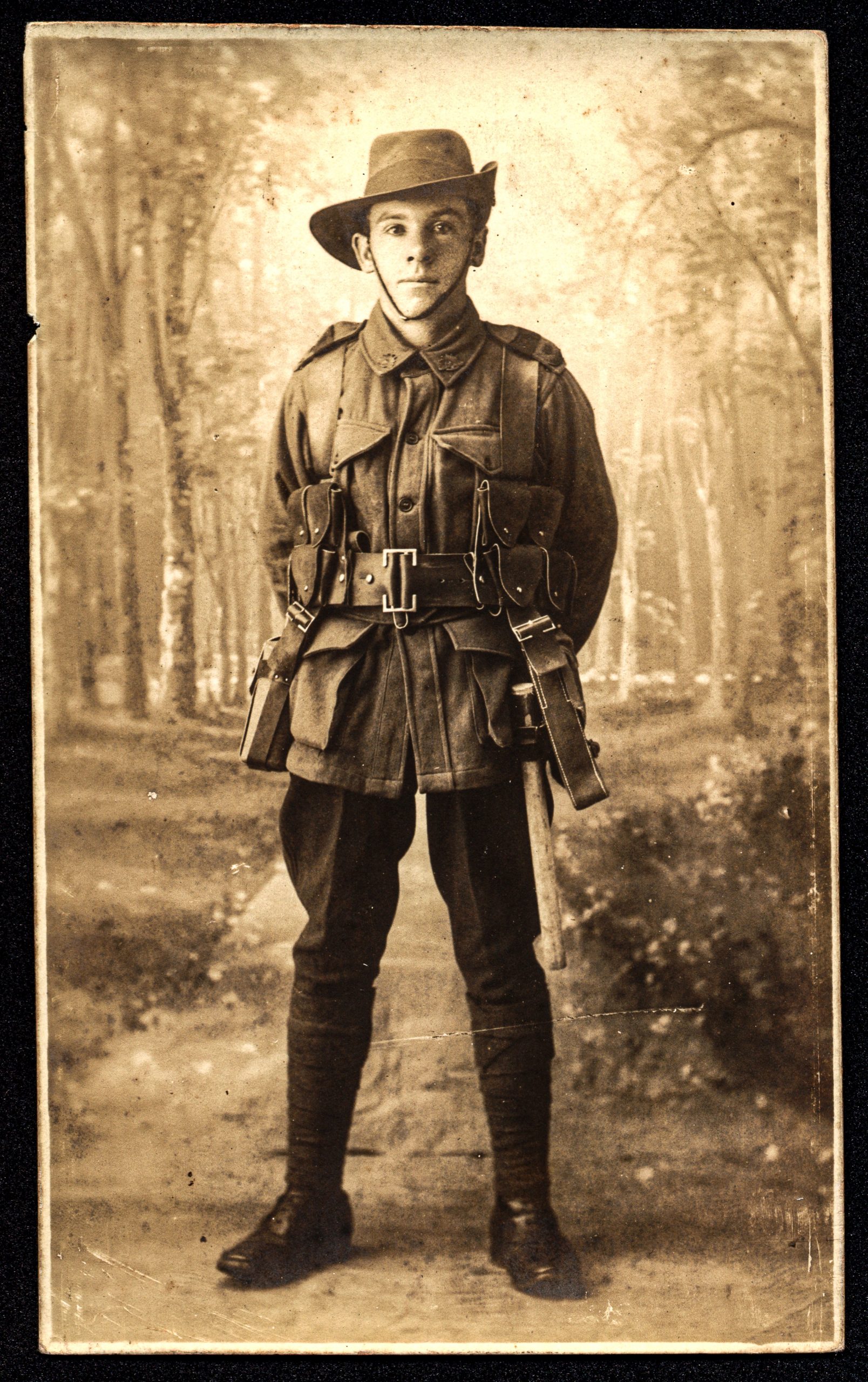 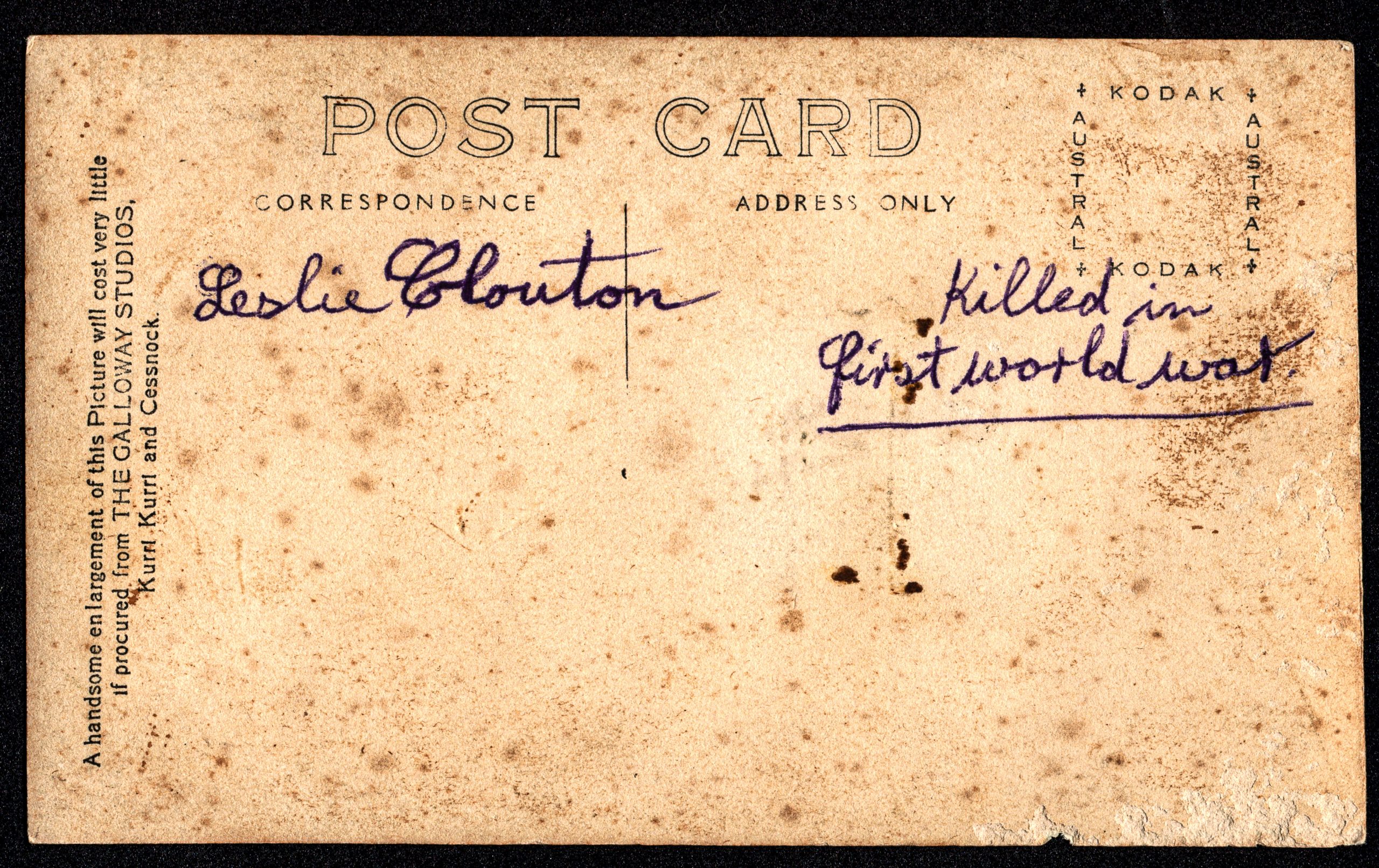 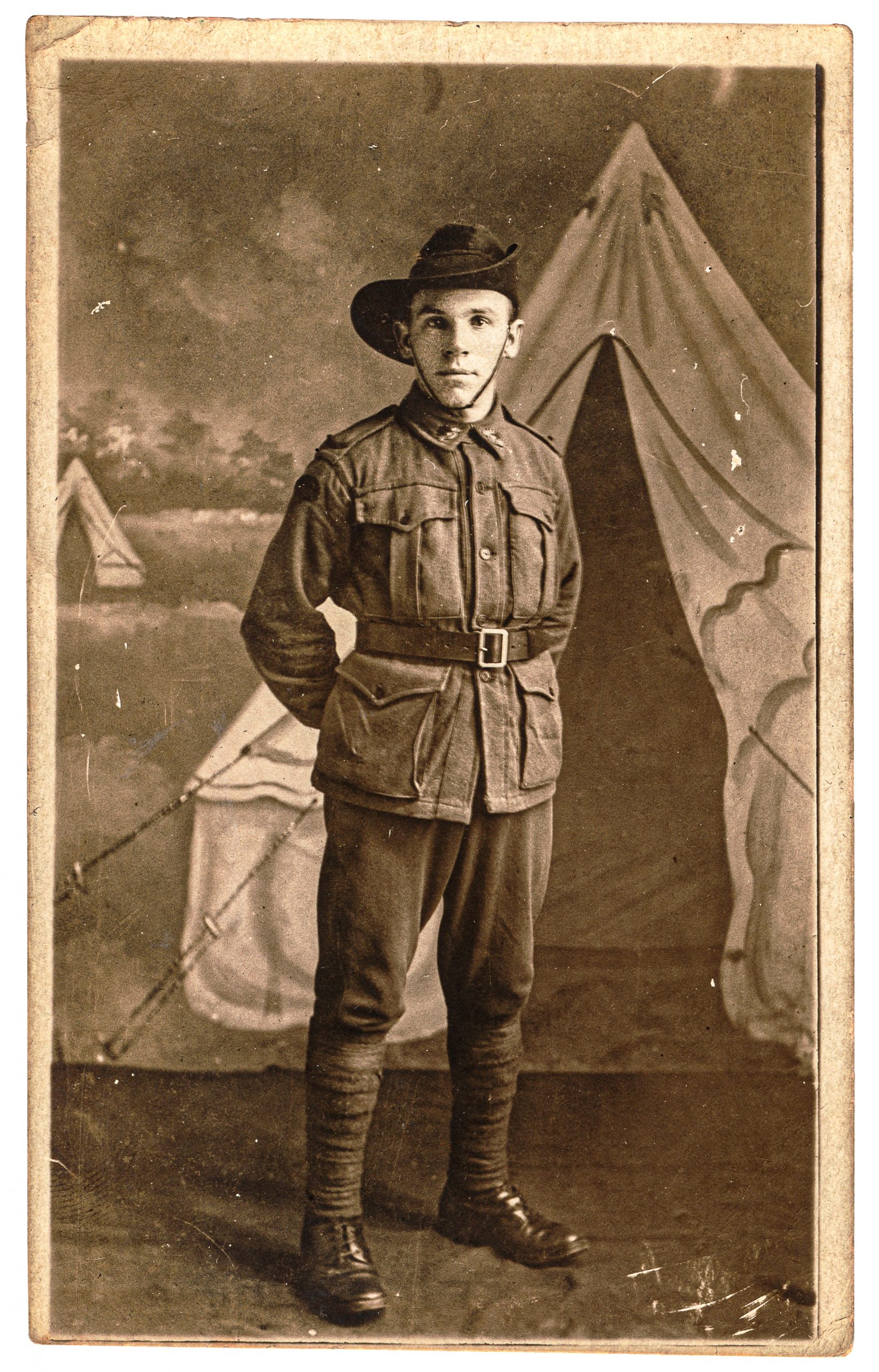 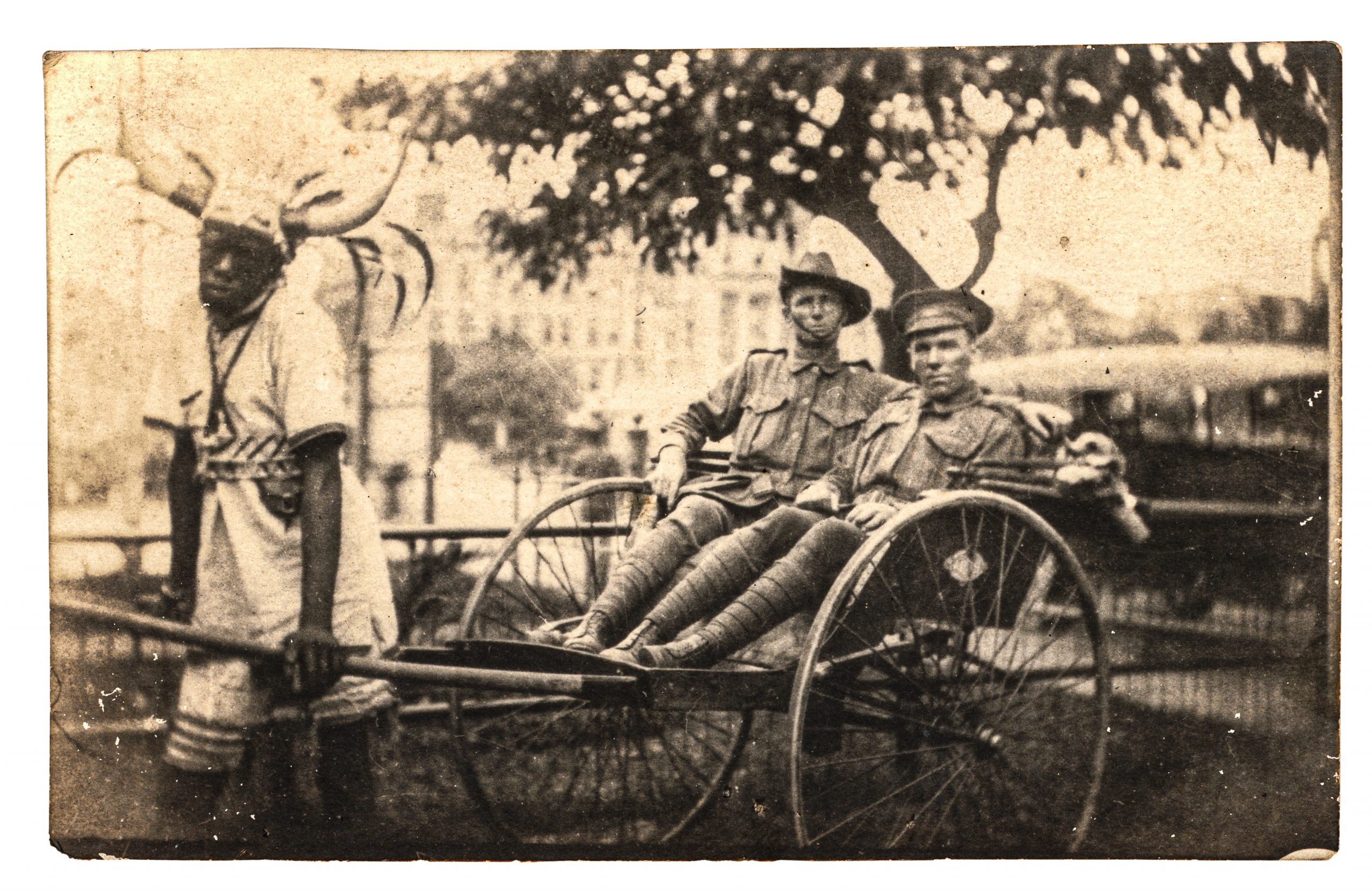 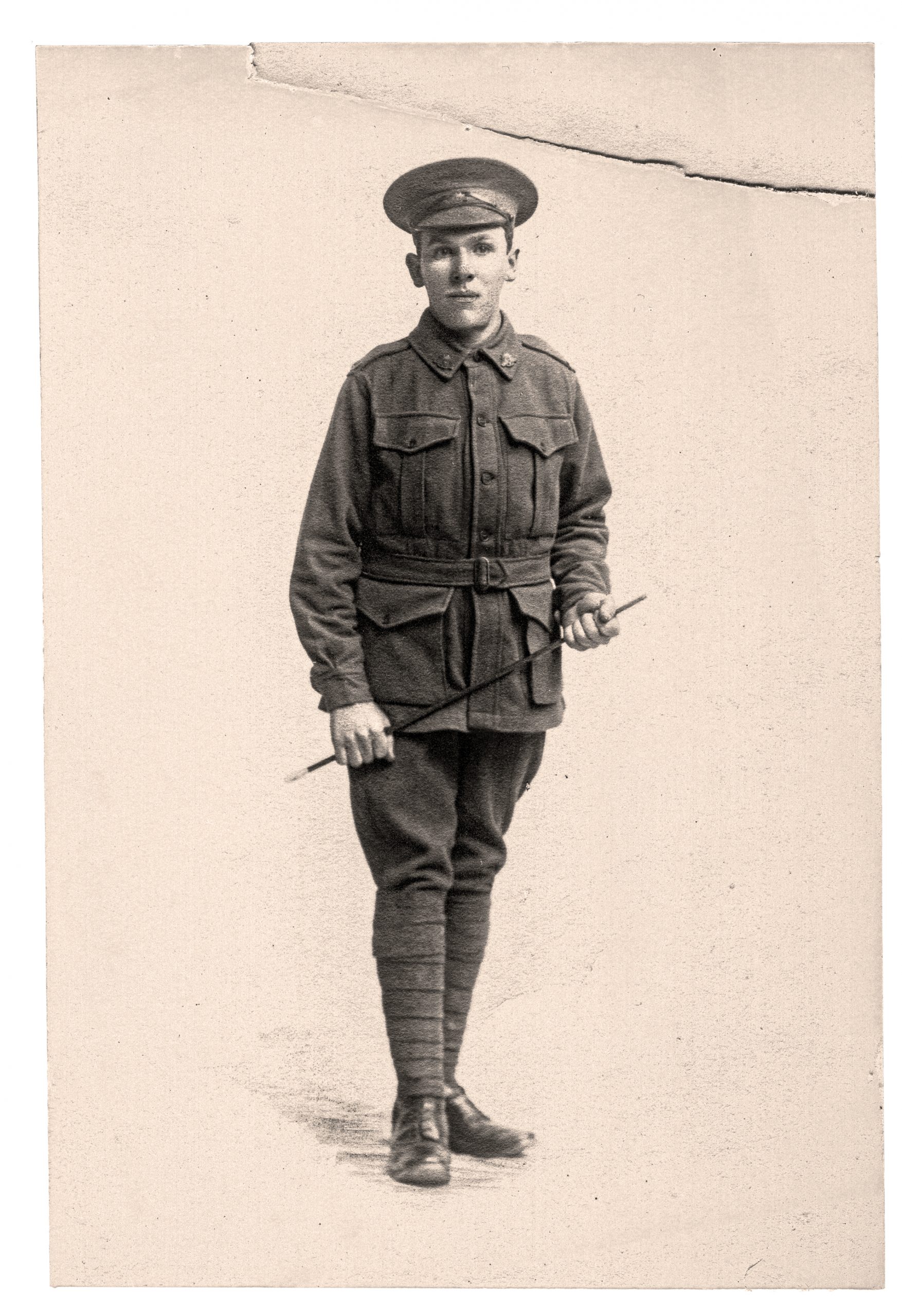 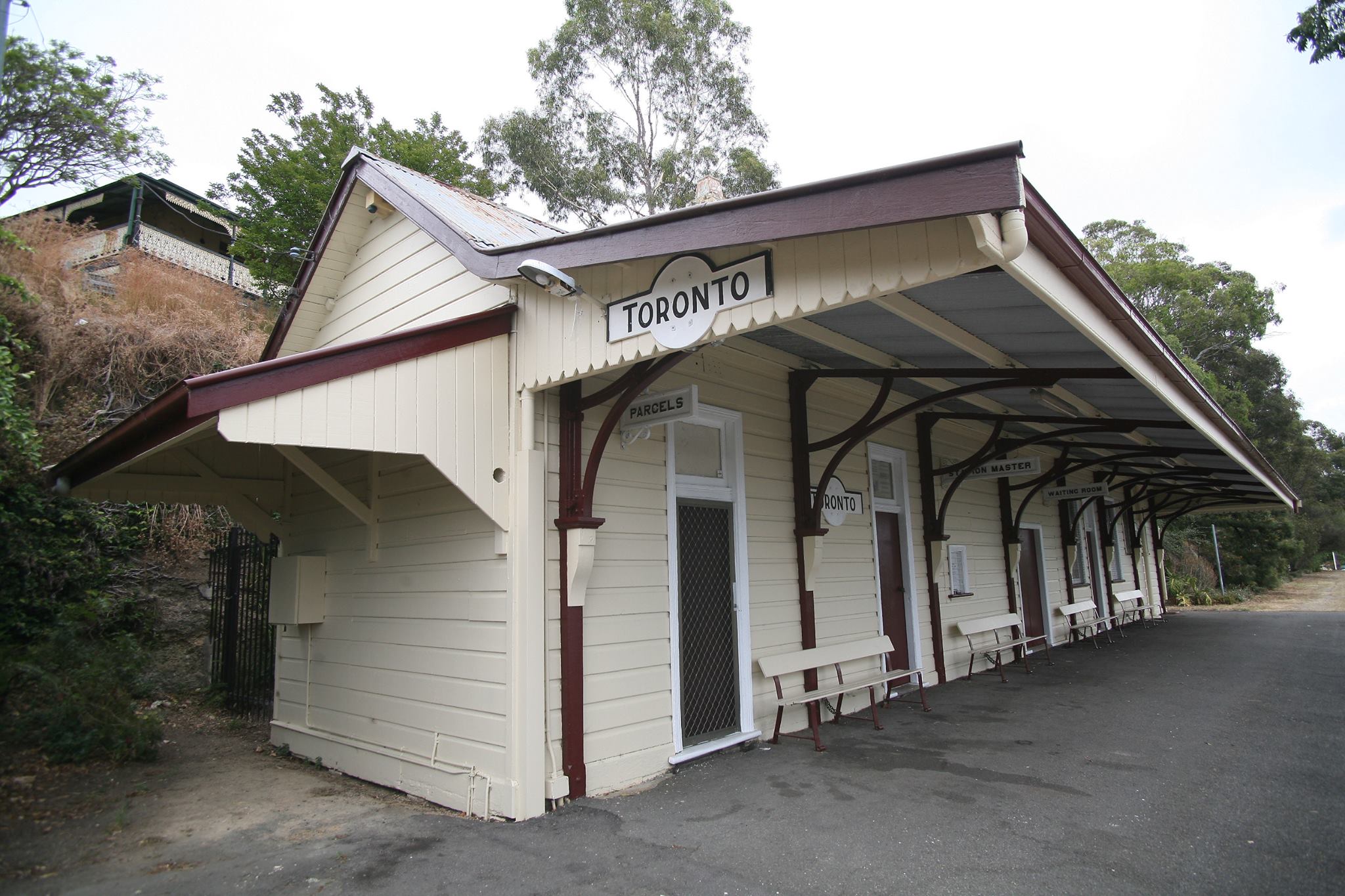