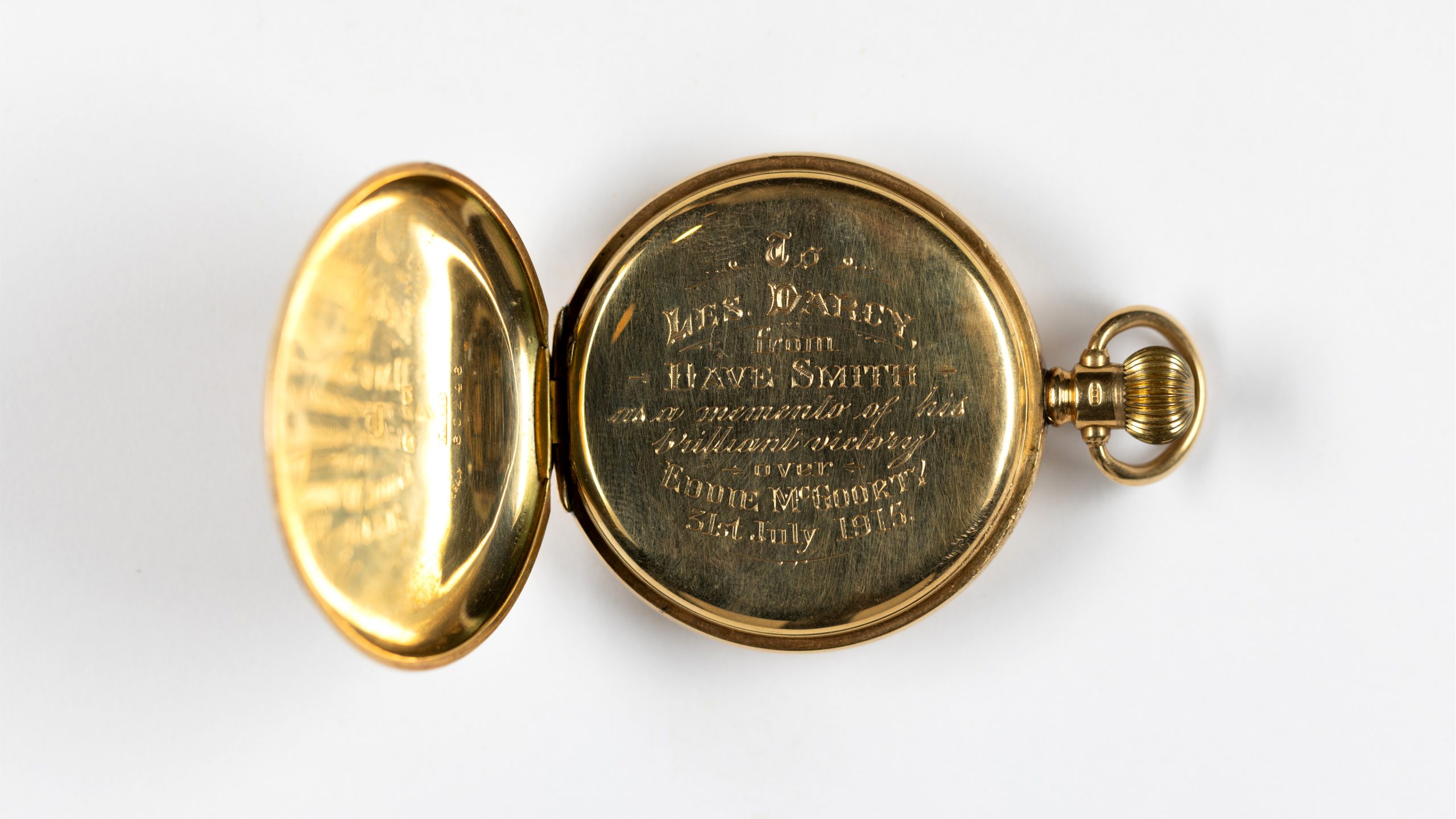 Despite his spectacular rise as a world-class boxer, there were things that the unbeatable Les Darcy (1895-1917) still looked to learn. His trainer ‘Gentleman’ Dave Smith showed him the ‘art’ of boxing and tips like wrapping ones’ hands before putting on gloves. He also focused on ‘finishing touches’ like dressing-up for a formal reception. Soon the young boxing-blacksmith not only took on the world champions, but also looked dapper in a three-piece suit.

On 31 July 1915 Darcy famously took on the American middleweight champion Eddie McGoorty at the Sydney Stadium. After the toughest match he had ever fought, Darcy knocked out McGoorty, placing him as World Champion. The working people of Darcy’s hometown, Maitland, celebrated their local boy’s victory – they dubbed him the Maitland Wonder.

Dave Smith gifted Les this gold watch, to go with the fob chain he received from his sweetheart, Winnie 0’Sullivan. Smith was thoroughly impressed, having himself been knocked out three times by McGoorty. Smith engraved the watch, noting Darcy’s ‘brilliant victory’ over McGoorty. 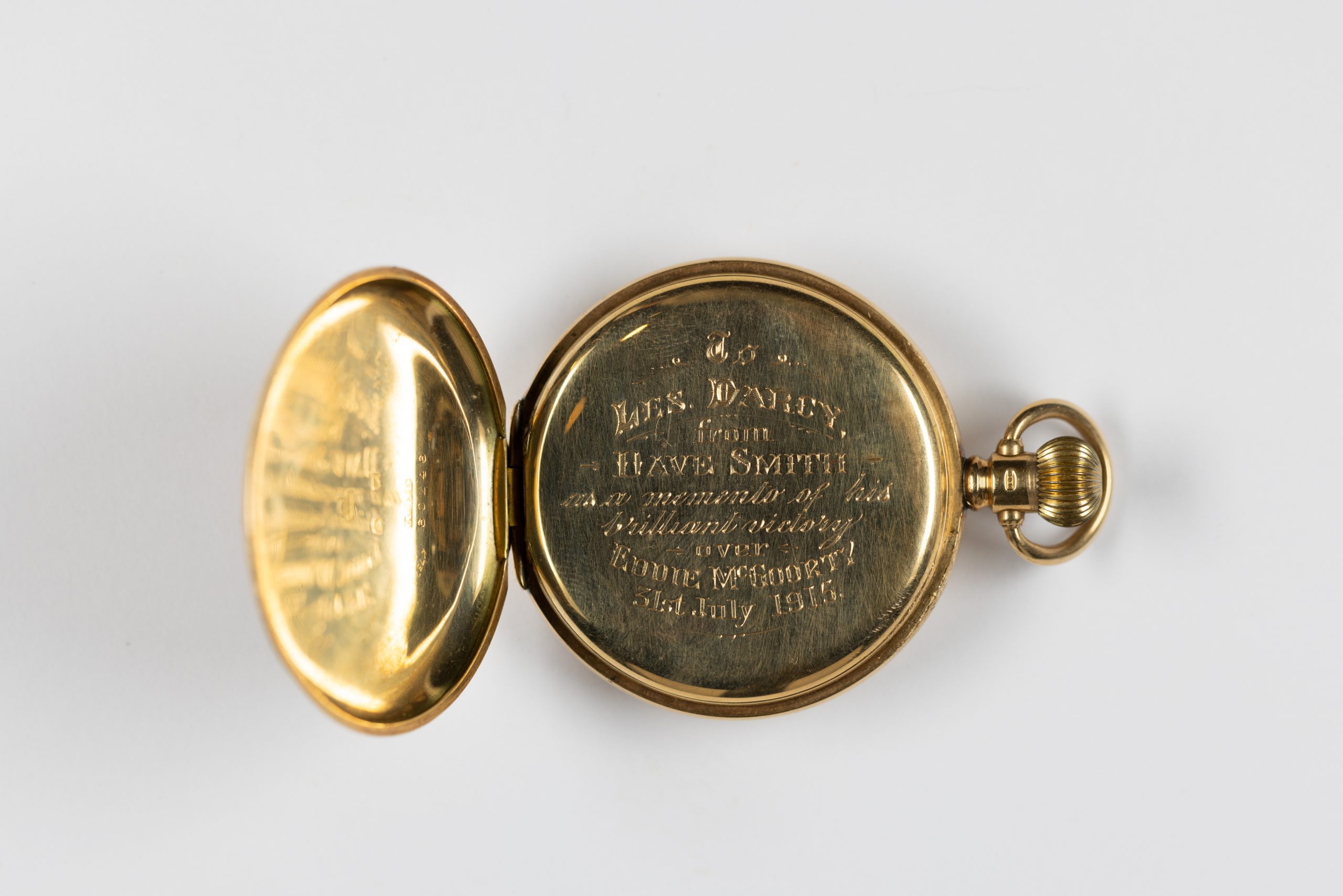 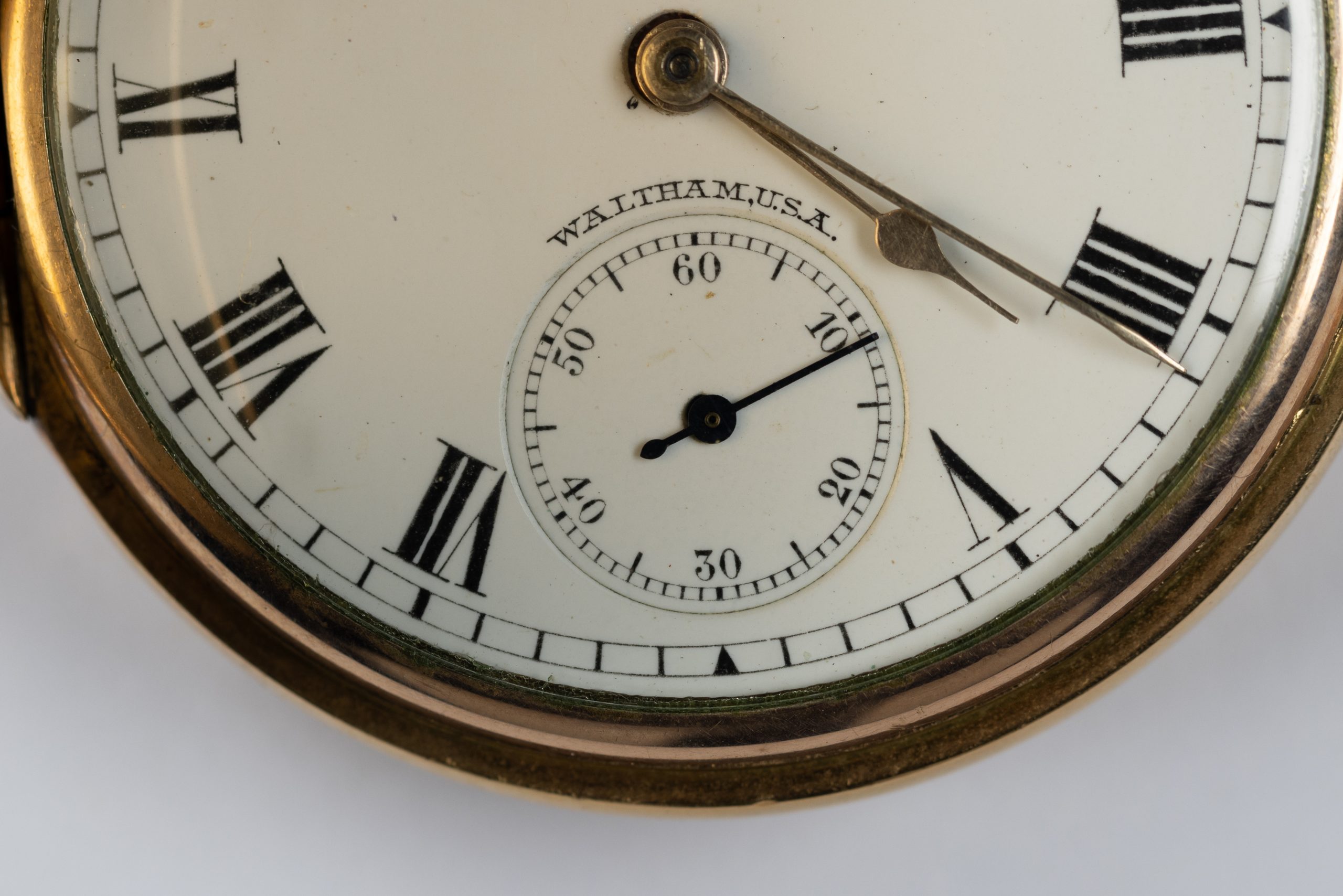 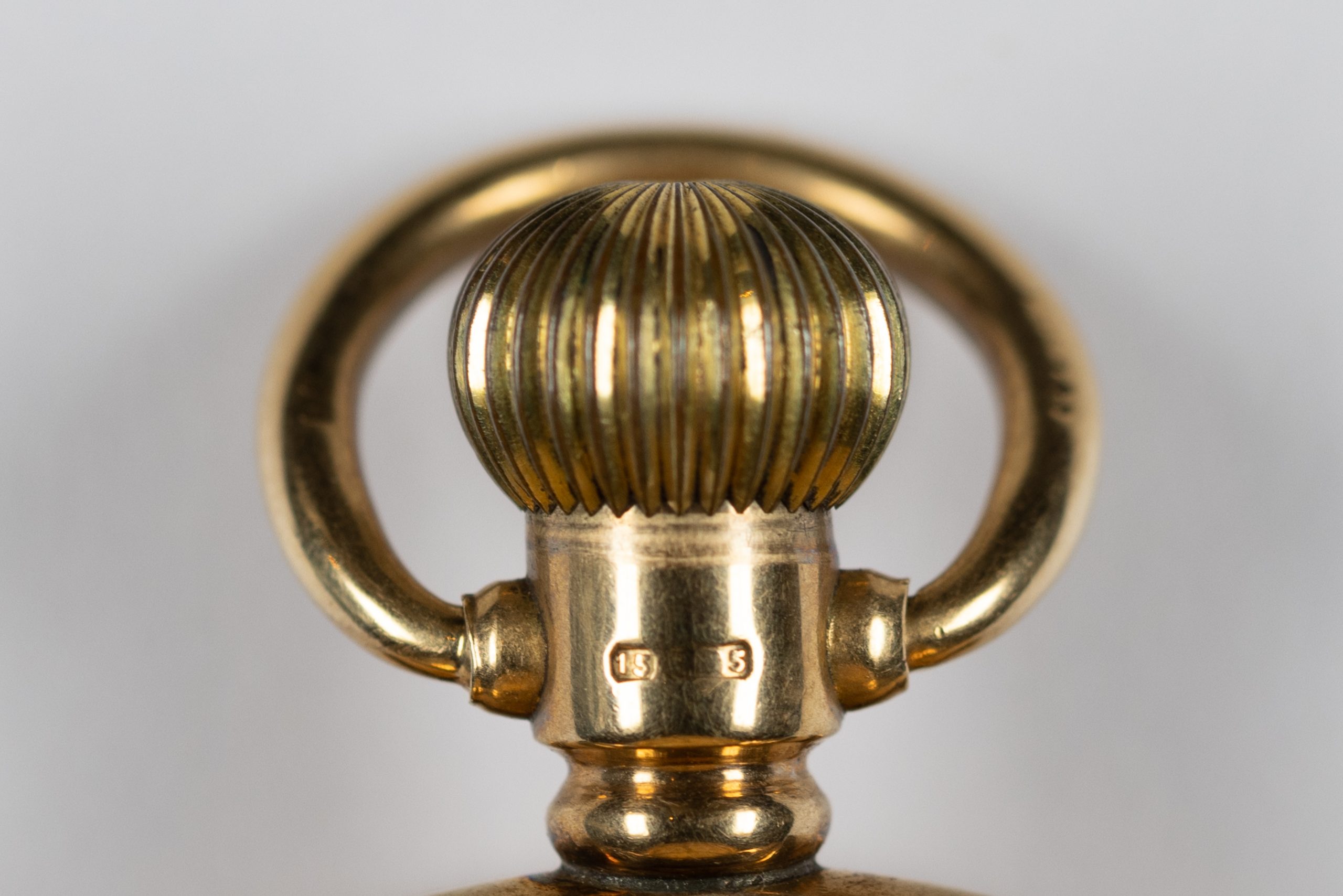 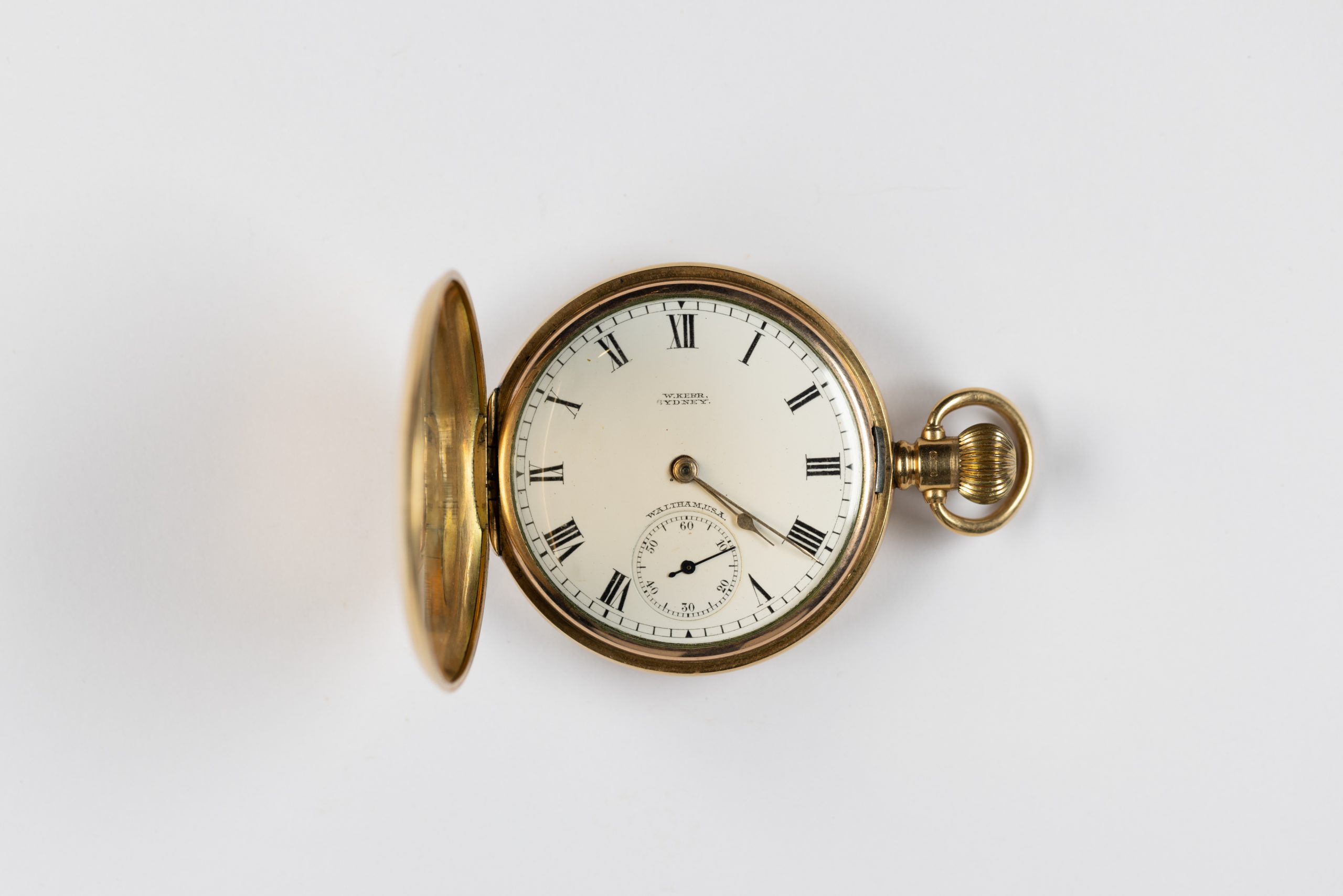 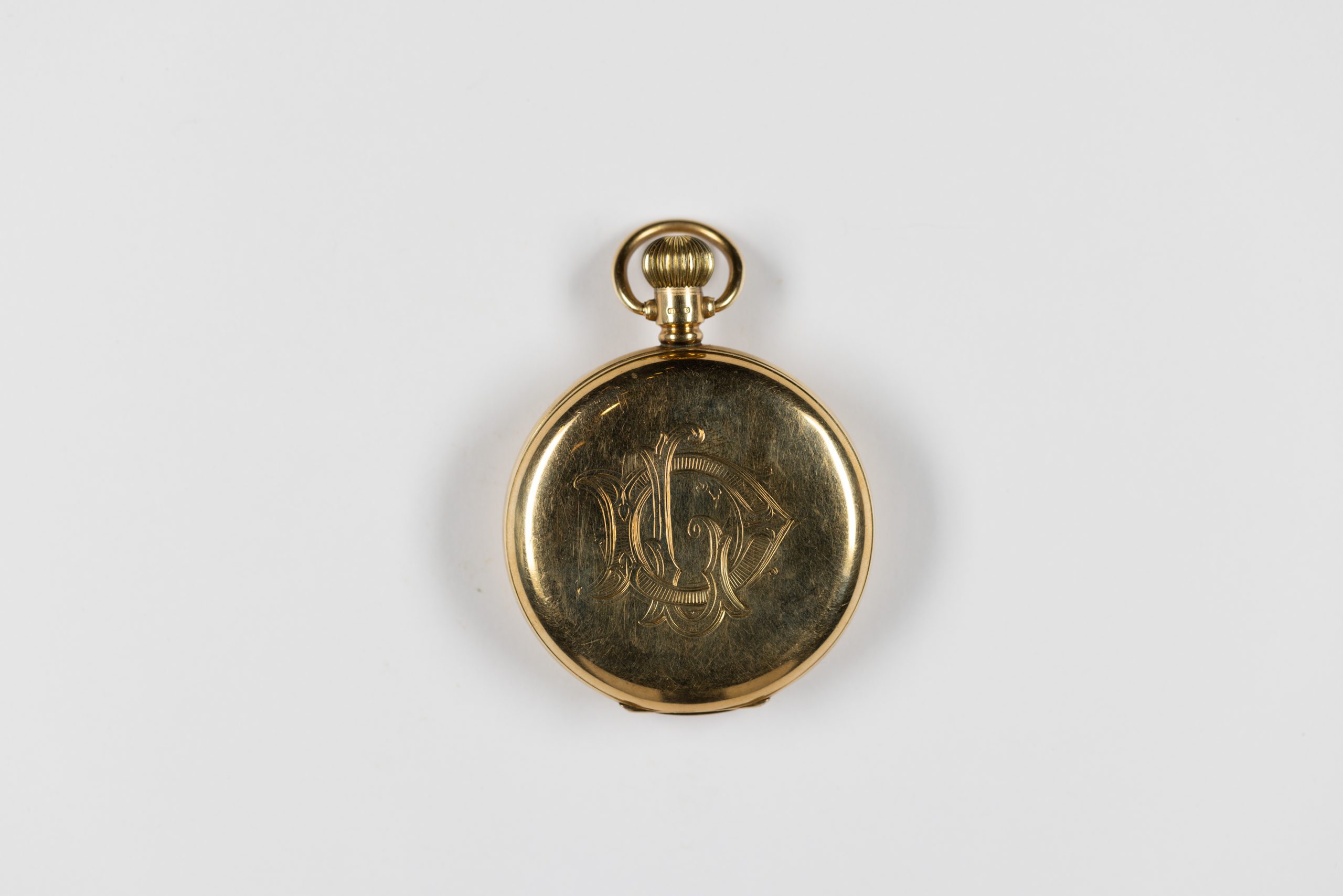 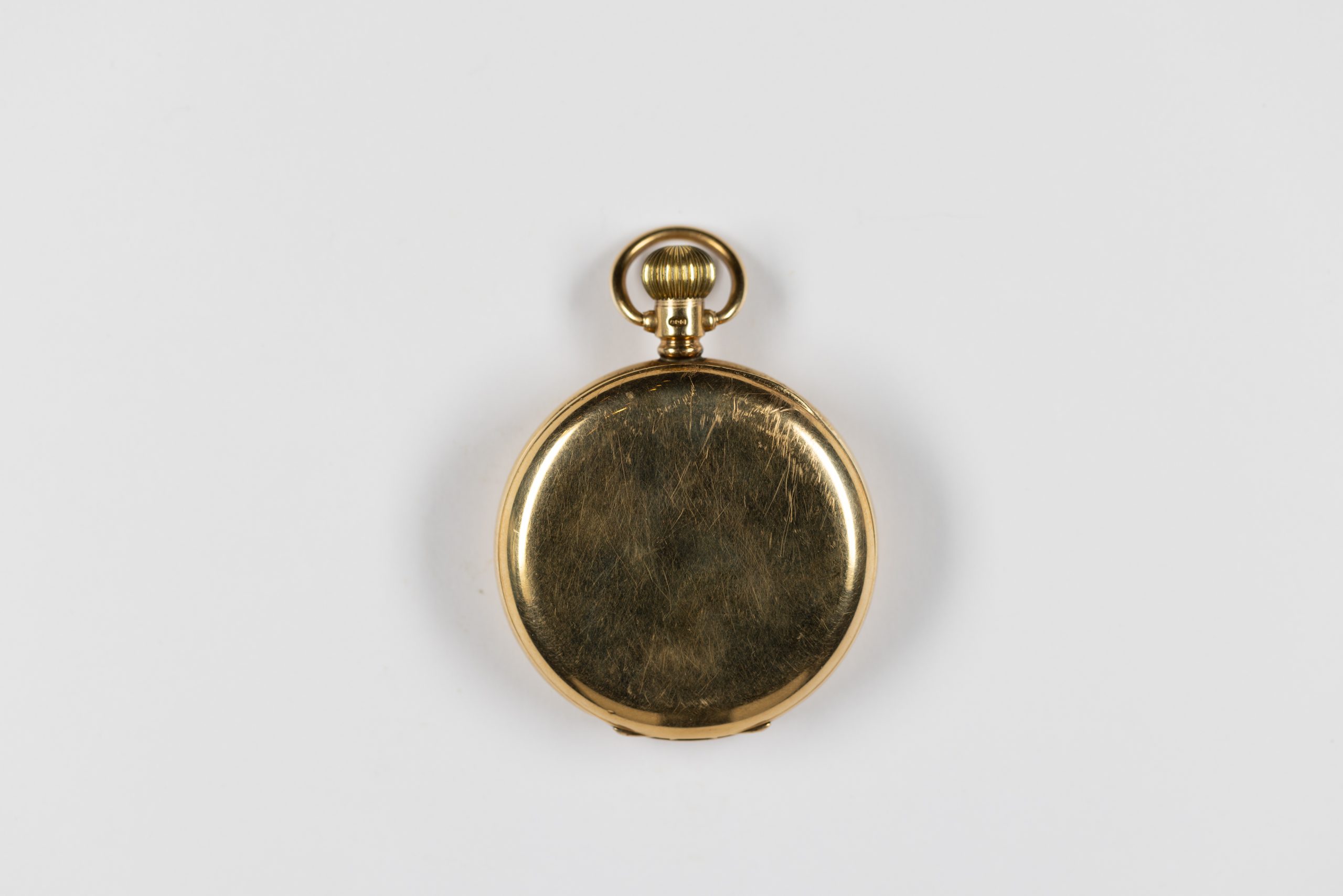