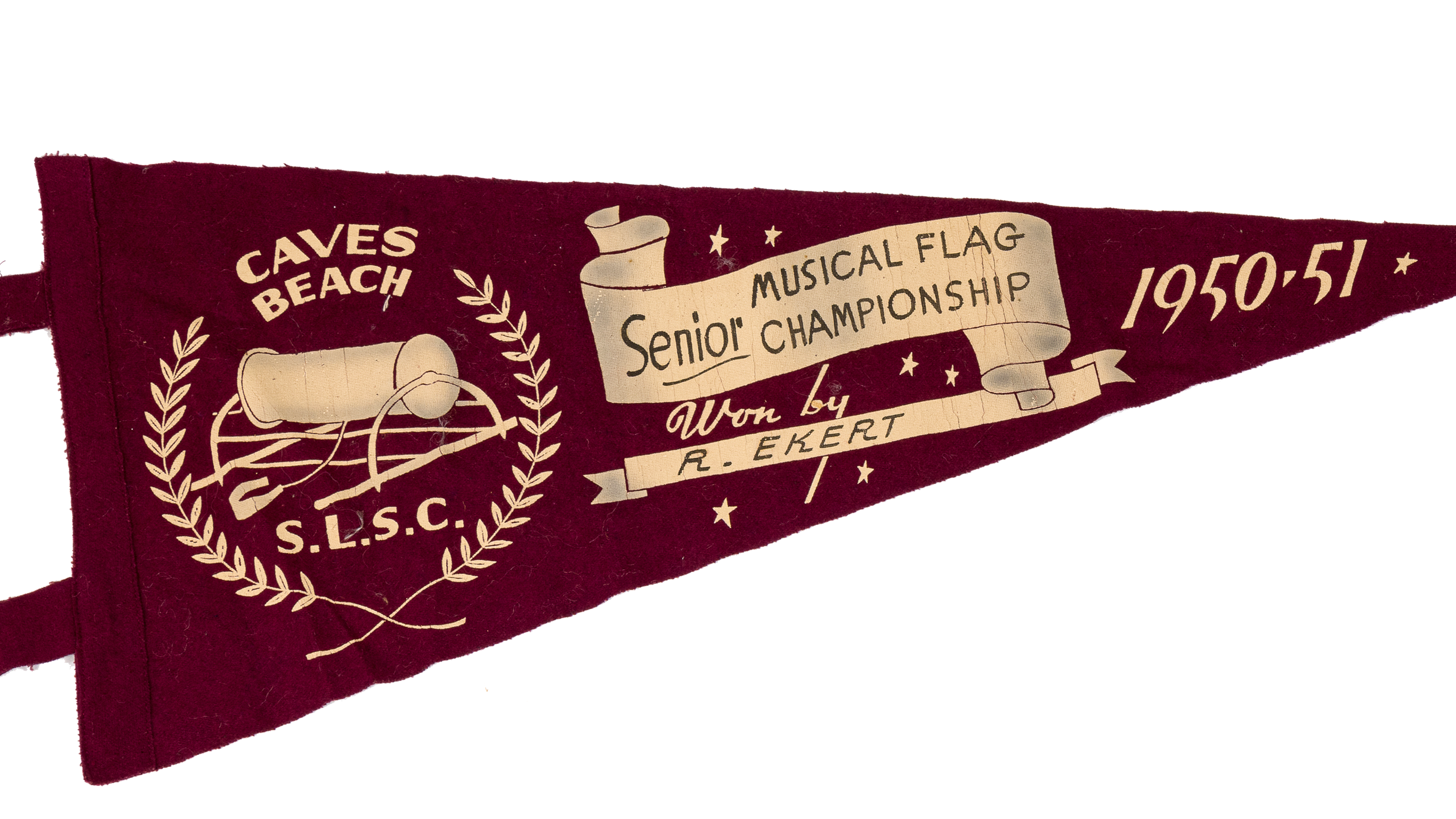 This pennant was won by Ron Ekert (1930-2019) in the senior musical flag competition during Caves Beach Surf Life Saving Club’s Carnival of 1950-1951. Ron was a well-known Life Member of the Caves Beach Surf Life Saving Club, and in 2007 the Club named its new surf boat in his memory. A talented athlete in both rugby league and surf life saving, Ekert played a leading role in the development of juniors (or ‘nippers’) at the club during the 1960s and 1970s.

Most events in surf life saving competitions have their origins in the skills needed to save lives on the beach. The flags event evolved from the fact that upon hearing the alarm for a mass rescue all club members who were potentially relaxing on the beach needed to respond rapidly and report to the patrol captain. In Ron’s time the rescue alarm that was used at Caves Beach was ‘three dongs on the shark bell’.

Not long after he won this pennant, Ron was among the Caves Beach surfboat crews that helped during the devastating 1955 flood at Maitland, using unpowered wooden surfboats. Nearly fifty years later, in 2021 Ron’s great-grandson Zac, also a member of the Caves Beach Club, followed in Ron’s footsteps by travelling to flooded areas of Singleton, Muswellbrook and Maitland to undertake rescue work as part of an inflatable rescue boat crew. 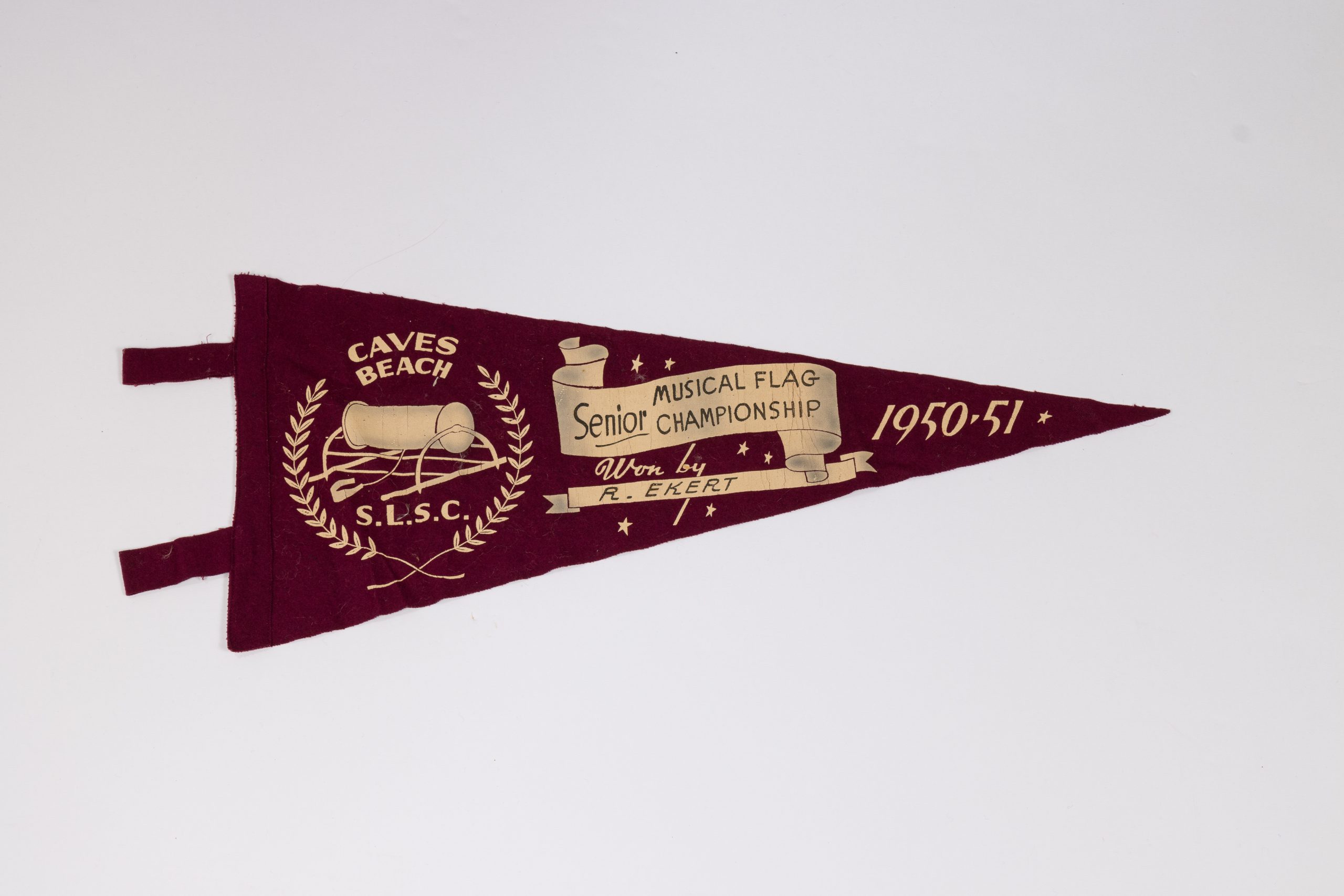 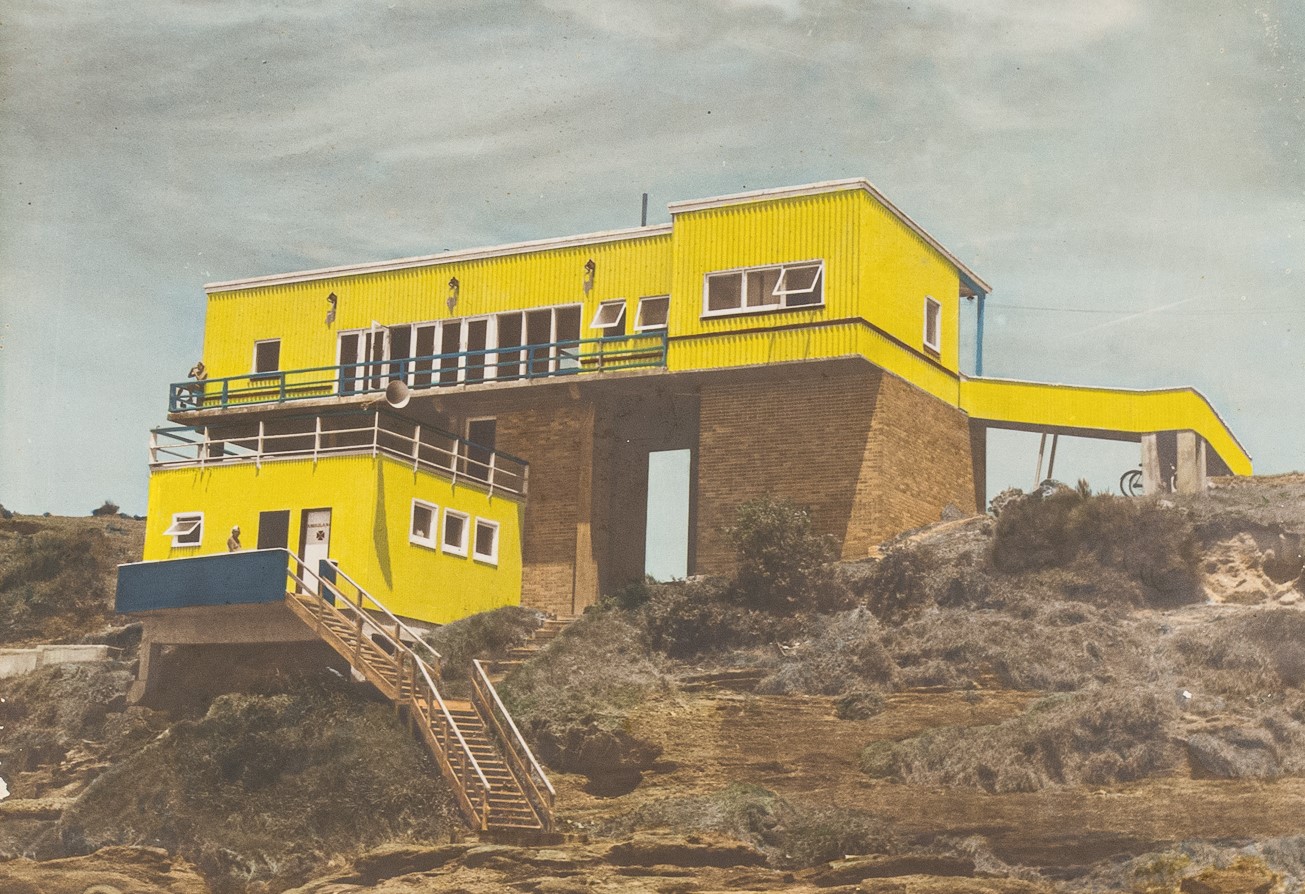