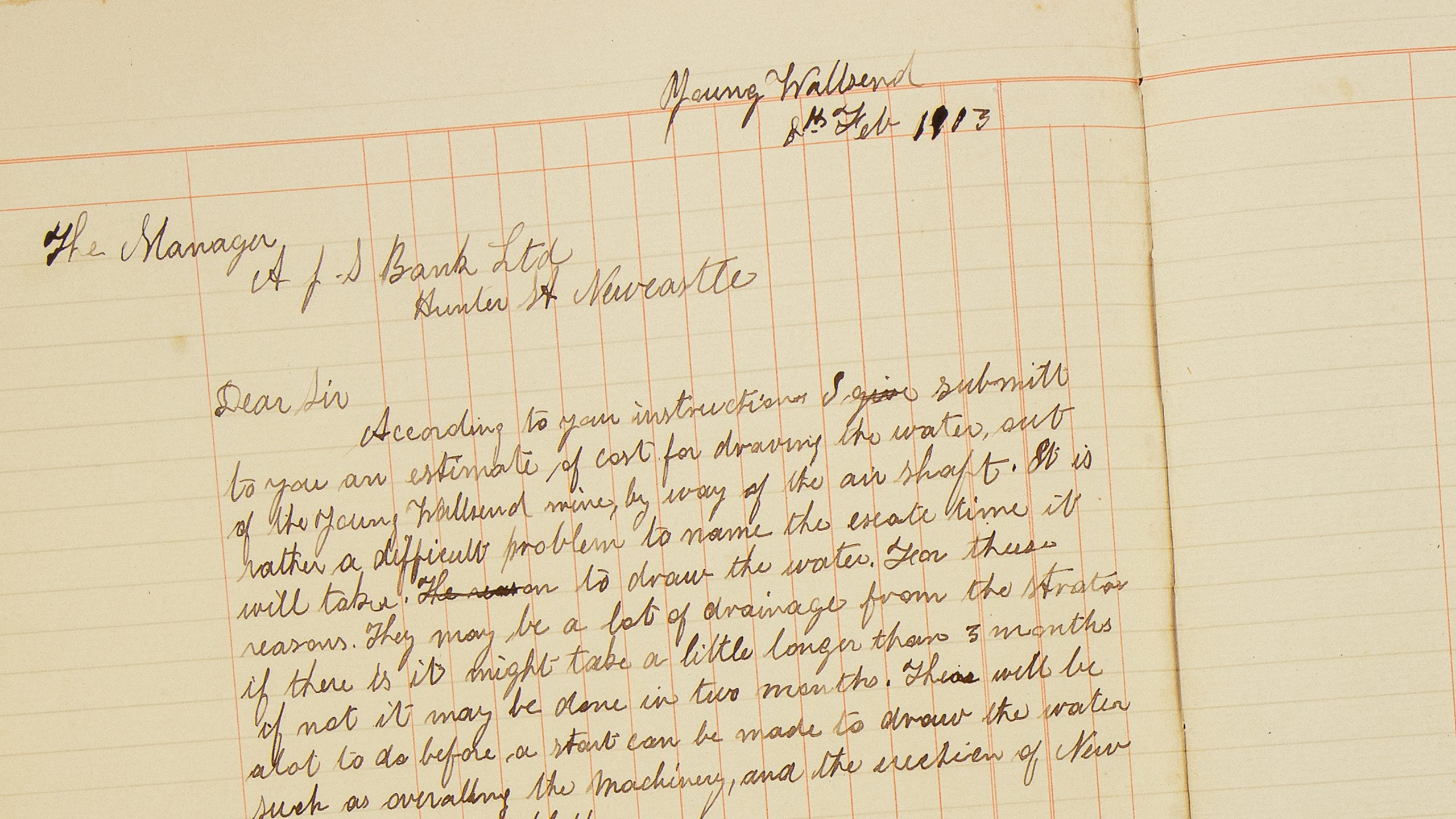 A Record of the Young Wallsend Colliery Closure

They said the new mine shaft was so free of projecting rocks that you could not hang your hat on any part of it. It was March 1887, and two hundred guests were gathered for a bush banquet at the new Young Wallsend Colliery, near Teralba. They toasted the future success of the new mine and applauded the colliery engineer, Edinburgh-born Archibald Fairley (1836-1910).

Company shares were confidently bought up and Fairley advertised ‘constant employment’ to prospective workers. By October 1891, the colliery had 110 miners. Their names, positions, and salaries were carefully inscribed in this pay roll ledger. Why then, with so much optimism, does the ledger end abruptly in May 1892?

That month, Fairley informed the miners that the colliery had to close, having become unprofitable. The workers and their families, who had built homes in the mine’s township, felt the impact. But some found work at nearby mines, and Fairley’s son William stayed at Young Wallsend to maintain the equipment.

On pages of the redundant ledger, William drafted equipment inventories for prospective buyers, but no reasonable offers were received. Later, the mine flooded and using the ledger again, William scrawled an estimate of the cost to draw out the water. 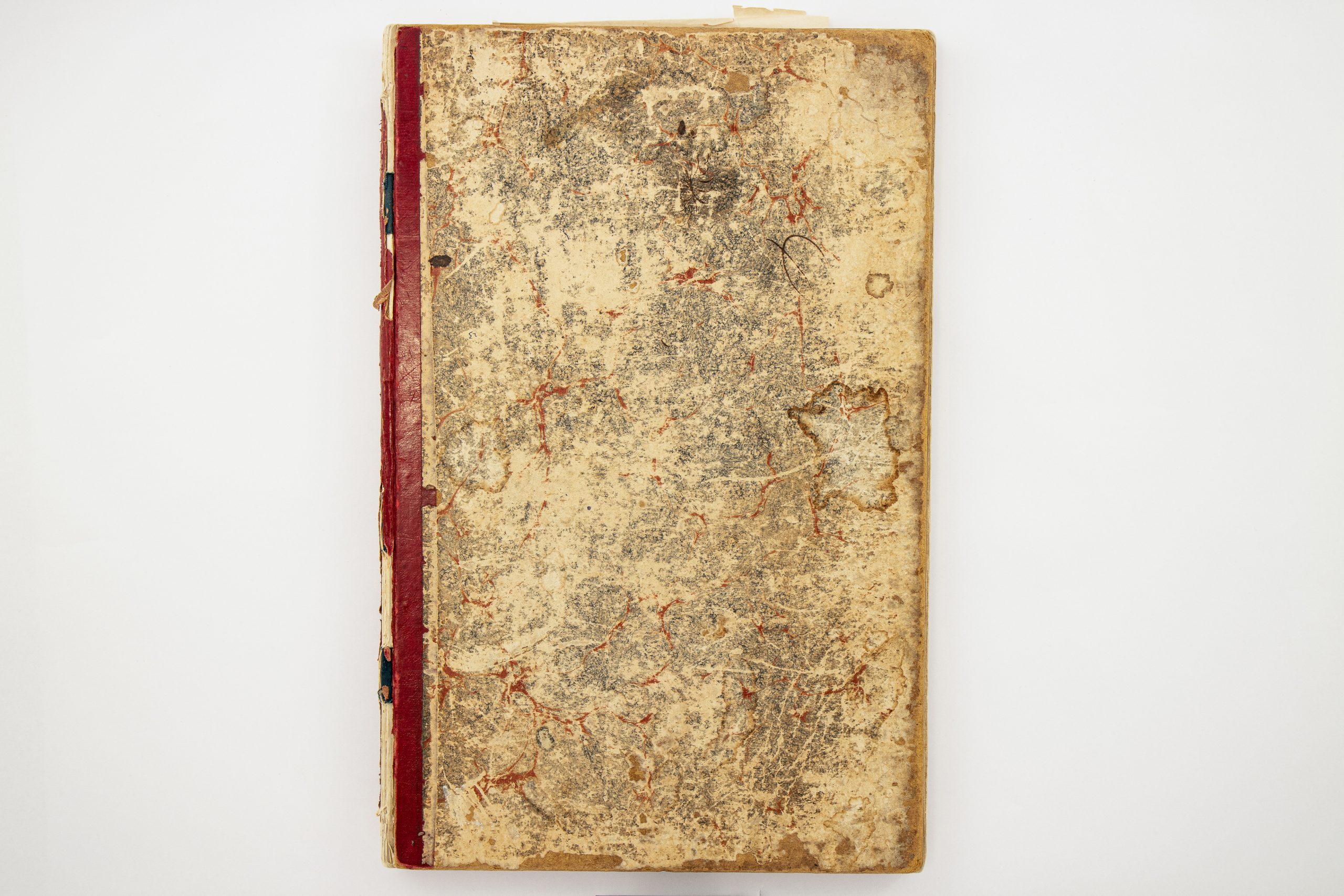 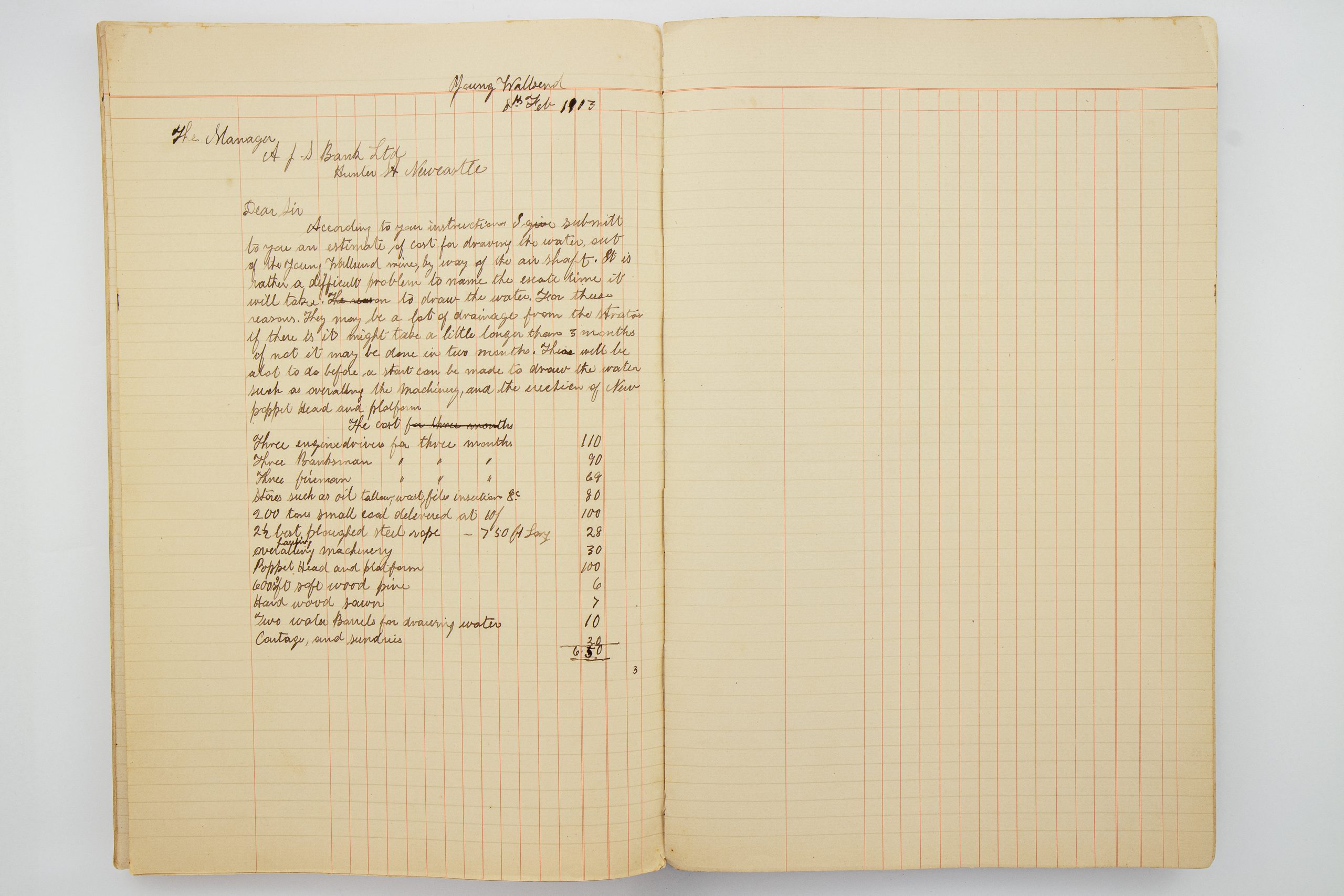 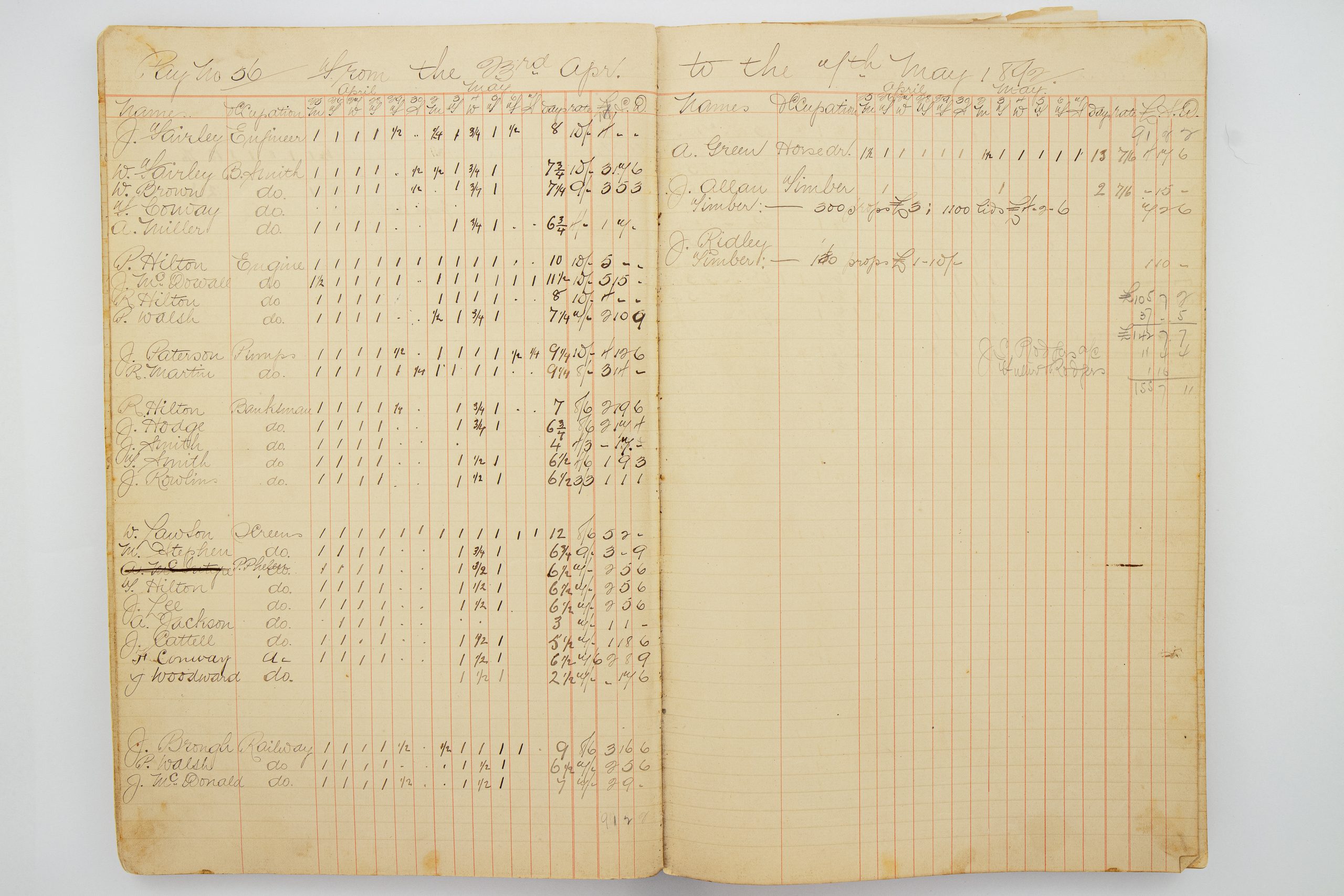 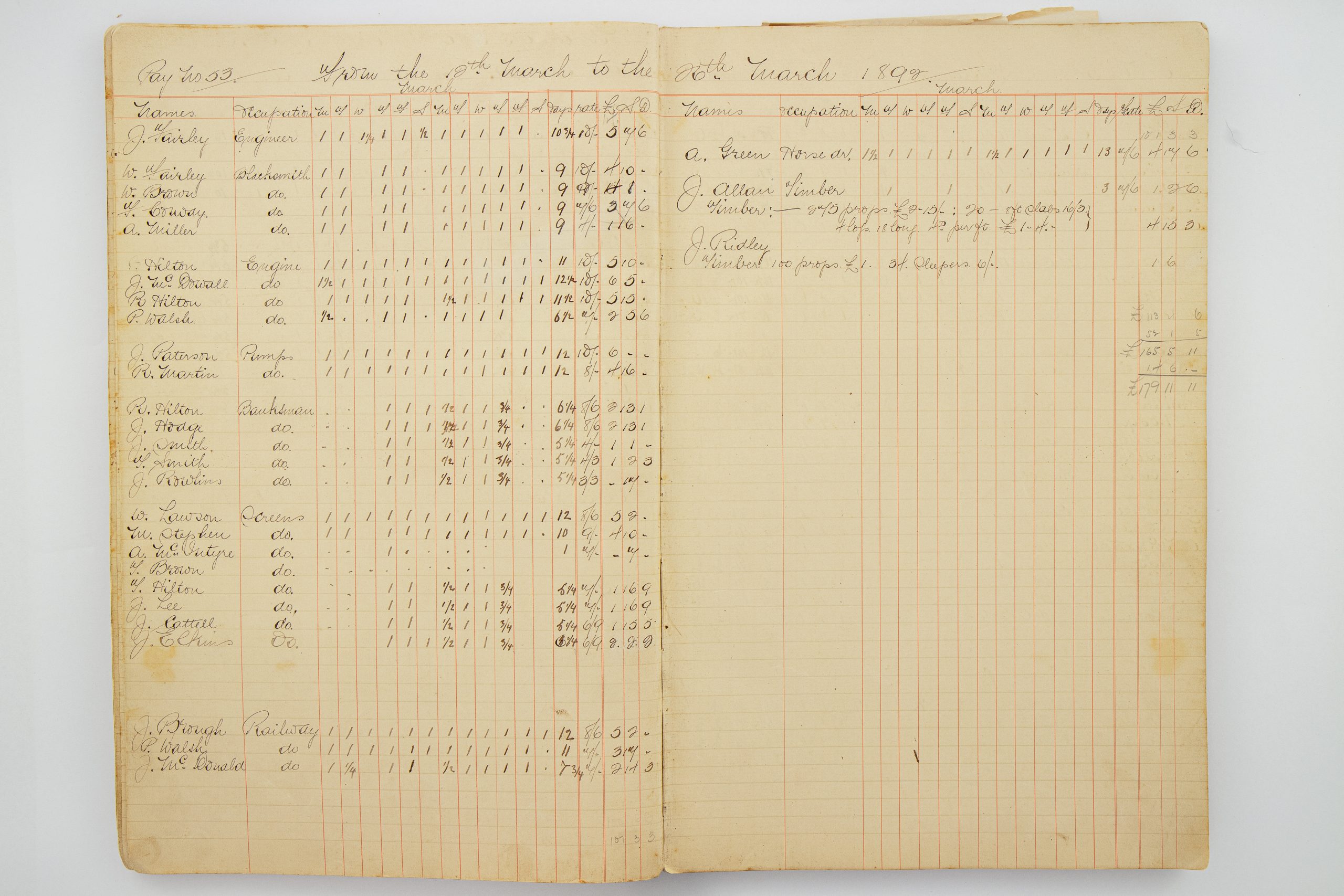 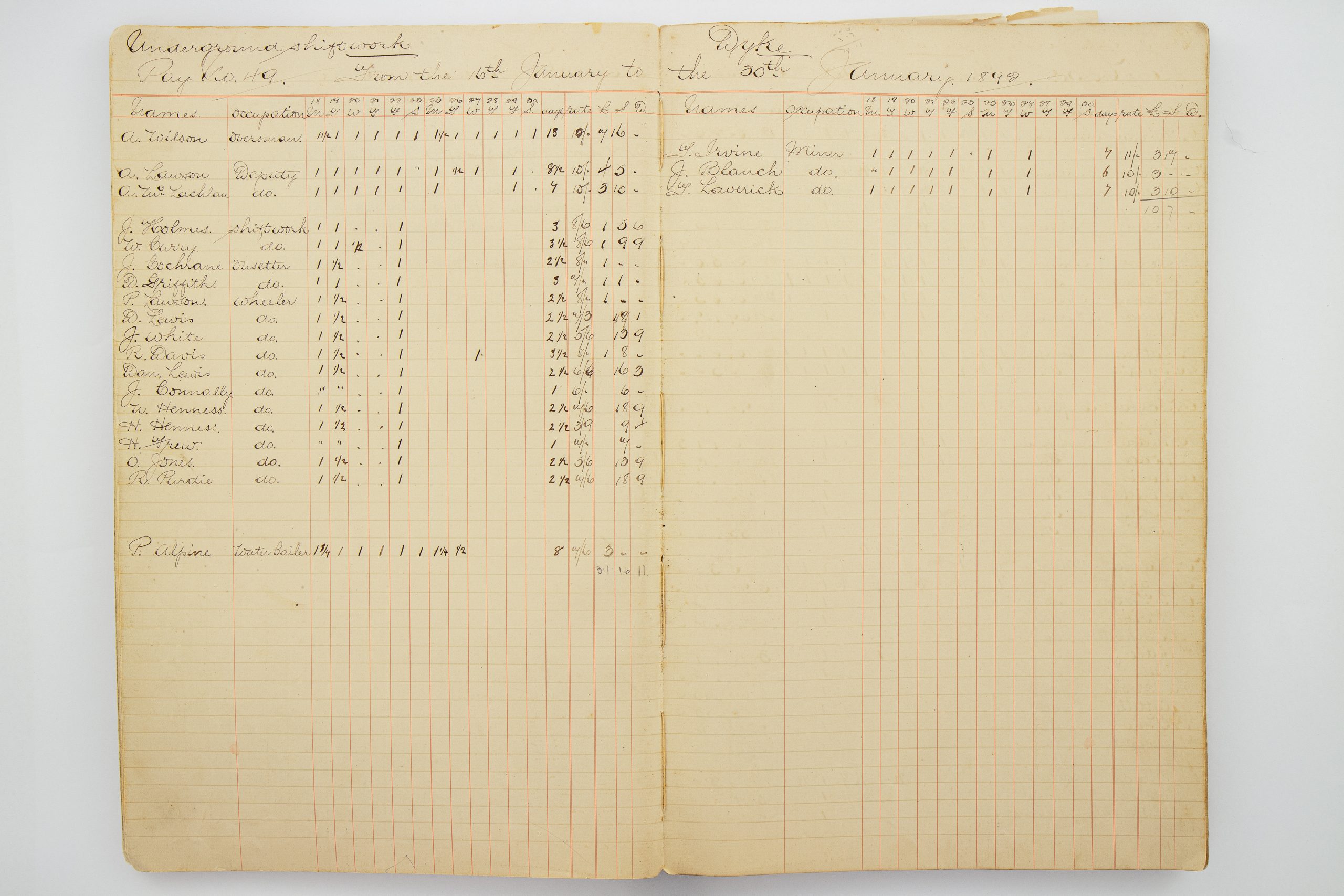 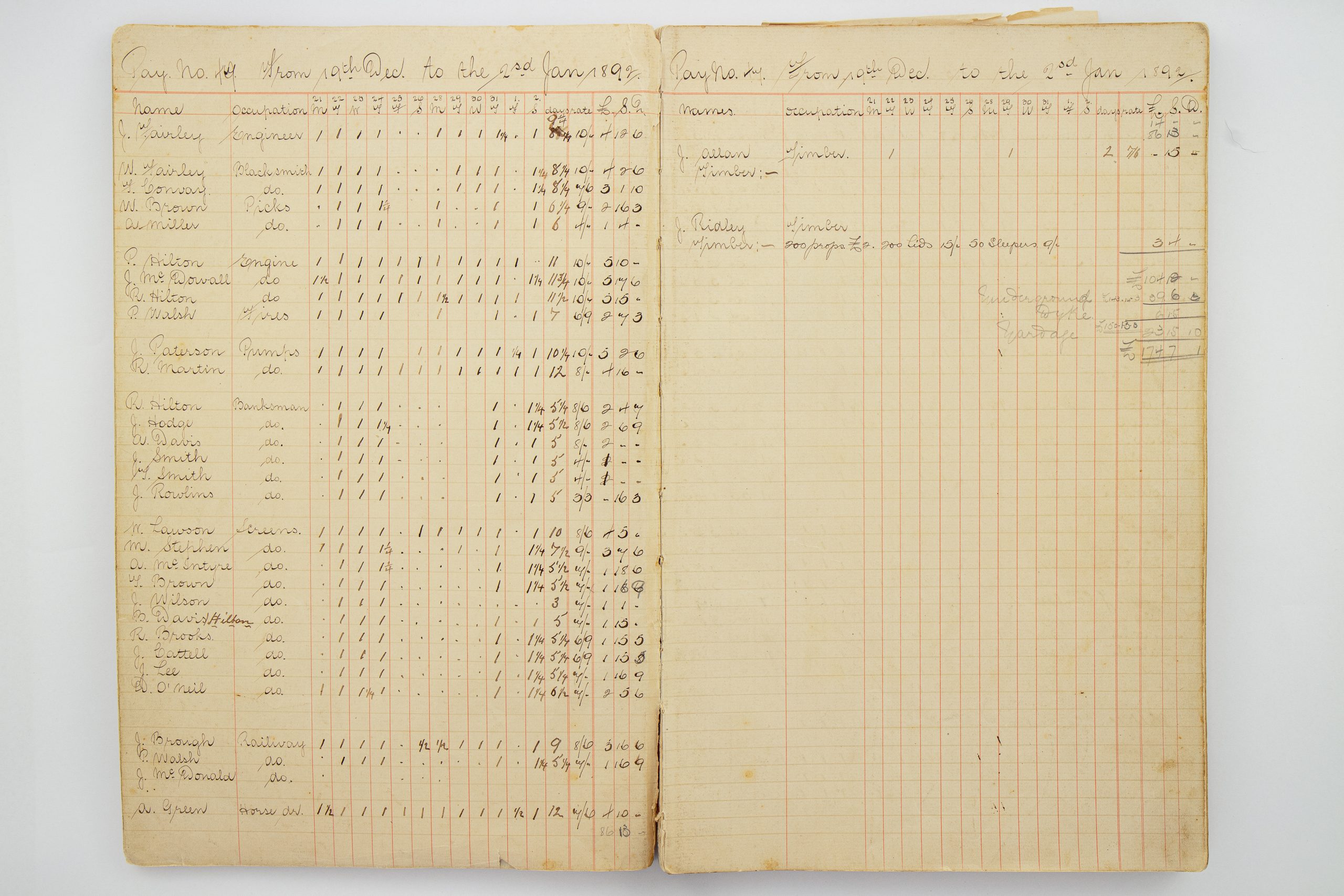 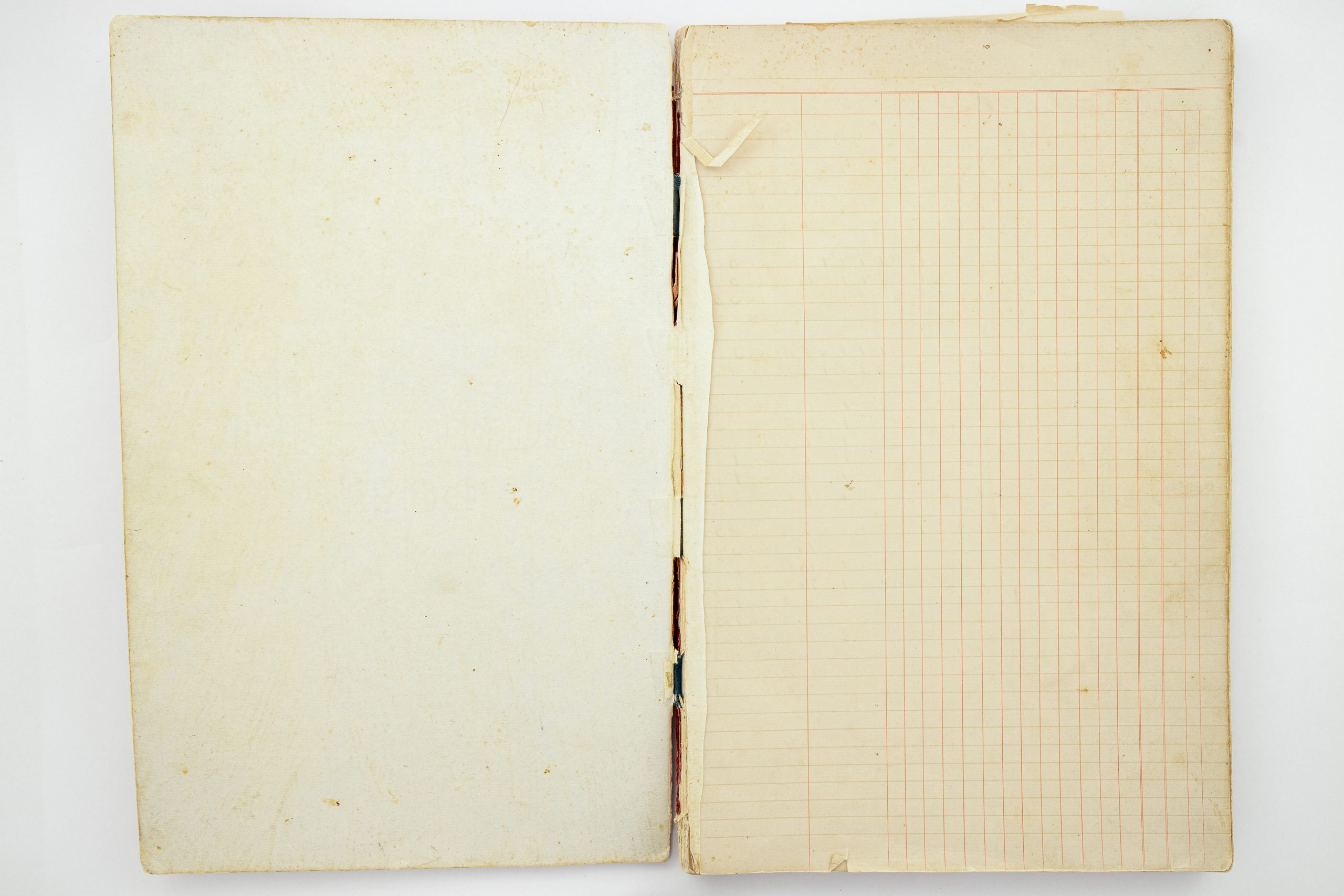 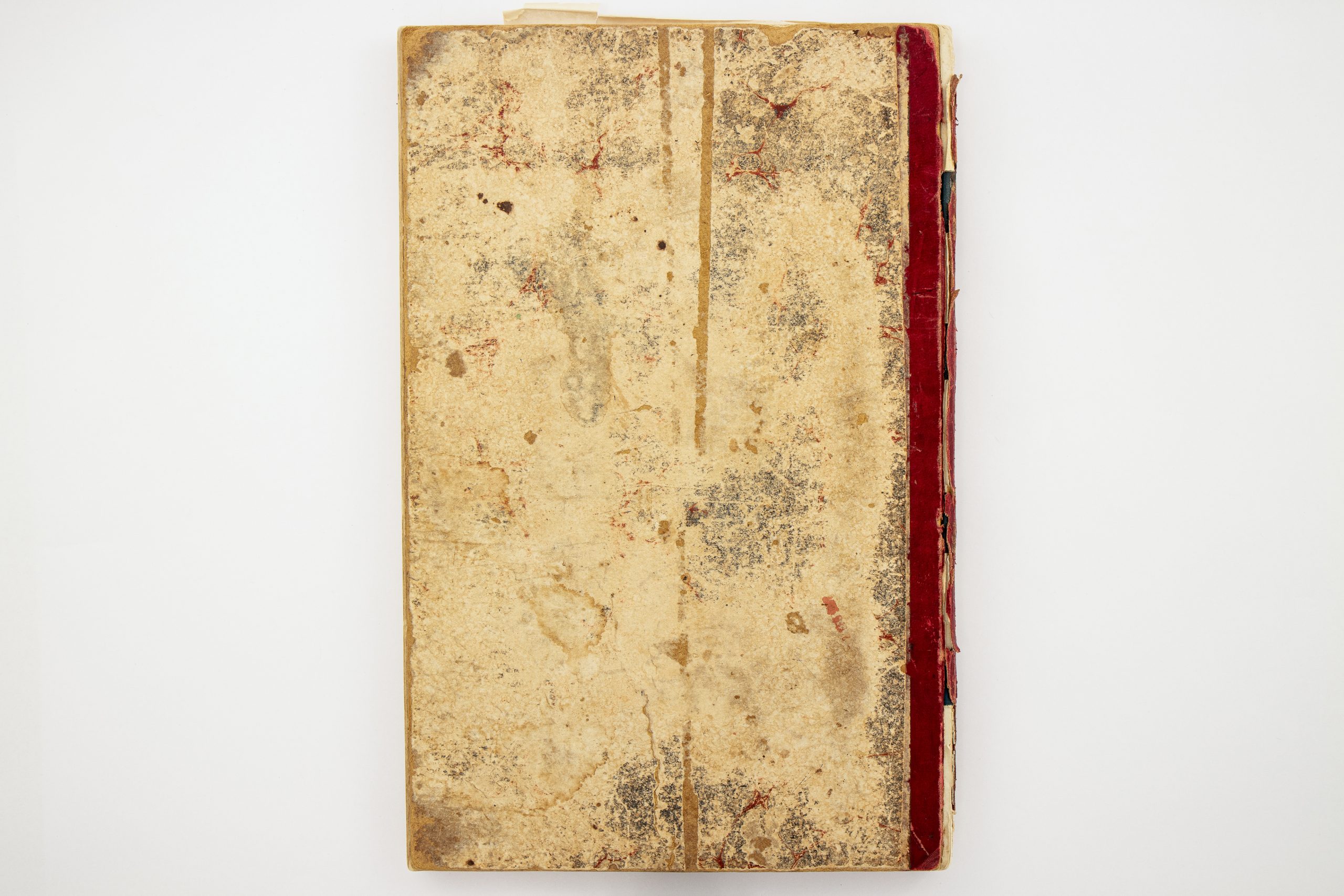