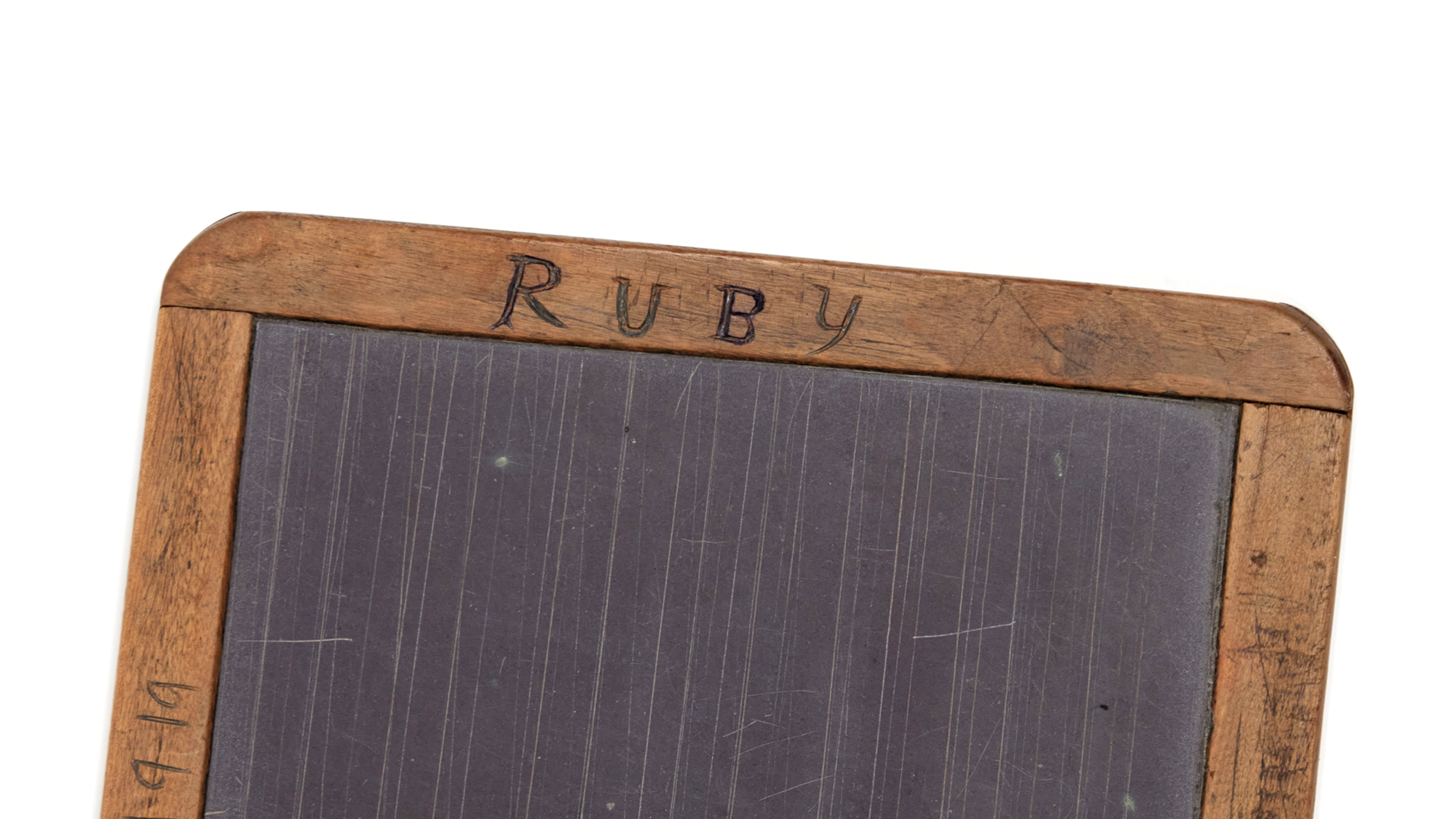 Imagine the scratchy, squeaky sound this slate pencil made against this slate when five-year-old Alice Conway began practicing her writing on it in 1894 in Berry. Amplify that sound, according to the number of children in her school, all writing at different paces and rhythms, and we hear the uncomfortable noise of a typical nineteenth century classroom.

The day little Alice started at the St Joseph’s Convent School, Berry – 14 May 1894 – her name, the date and the school’s letters ‘S.J.C.S.B’, were roughly incised on the slate’s wooden frame. Operating since 1884 in St Patrick’s Church on Albert Street, the school was run by the Sisters of St Joseph from 1891, who were accommodated in a convent in an adjacent timber cottage, opened by Mother Mary McKillop (1842-1909).

In an age when classroom supplies were limited, and paper was expensive, young children were provided with pencils and slates to learn to write and do arithmetic. They were inexpensive and could be wiped clean for the next lesson, with a damp cloth, but many children used spit and their sleeves instead.

Alice Mary Conway (1889-c1946), who first scratched letters onto this slate, was born in Berry in 1889. She was the second eldest of nine siblings who lived at North Street, with their parents Daniel and Helena Conway (née Kinneally).

So who was ‘Ruby’, whose name and the year 1919 is inscribed on the other side of the slate’s frame? After Alice had finished with the slate, it was passed on to the next generation to scratch and squeak on – Alice’s seven-year-old niece, Ruby Blanche Helena Conway (1912-1994). 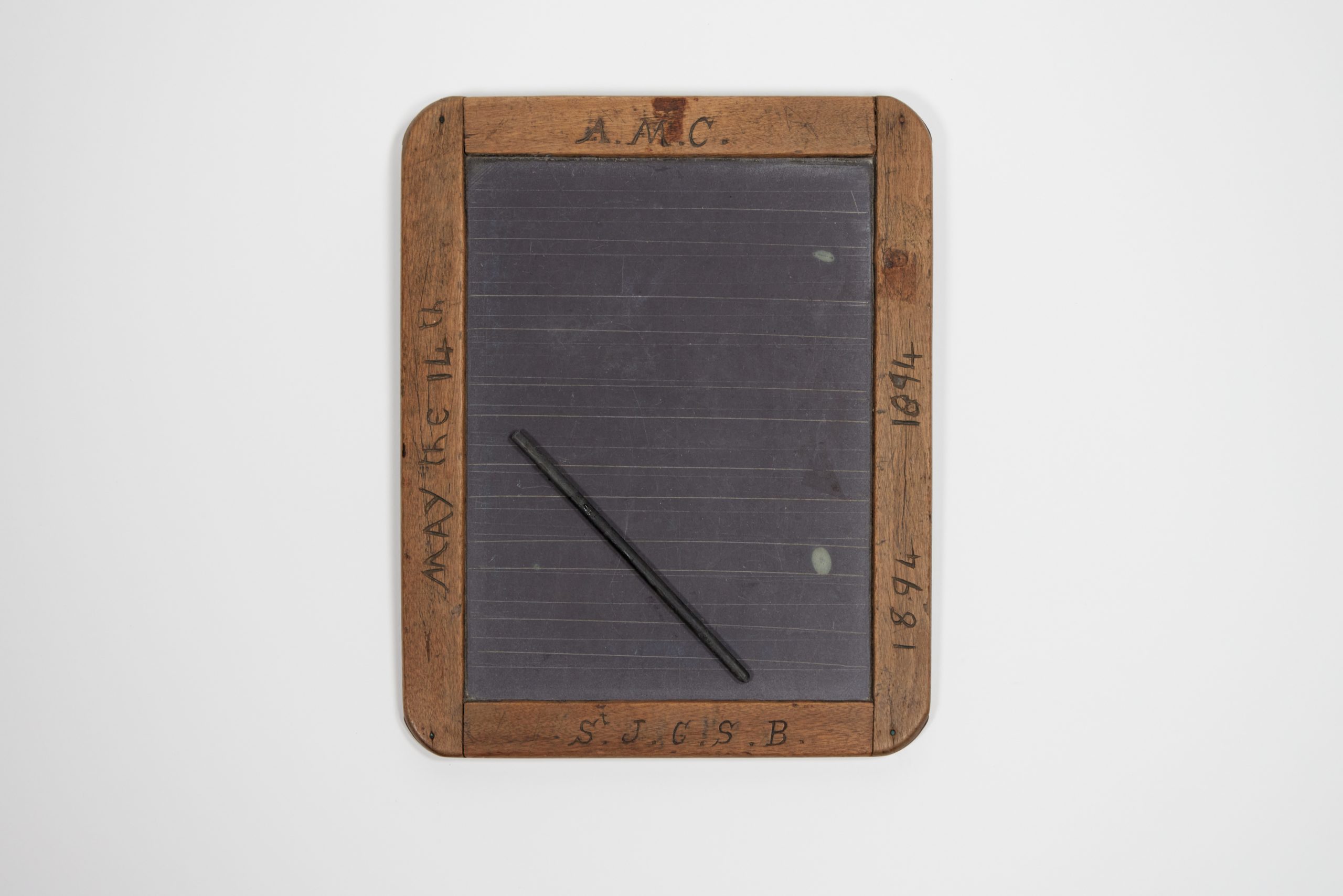 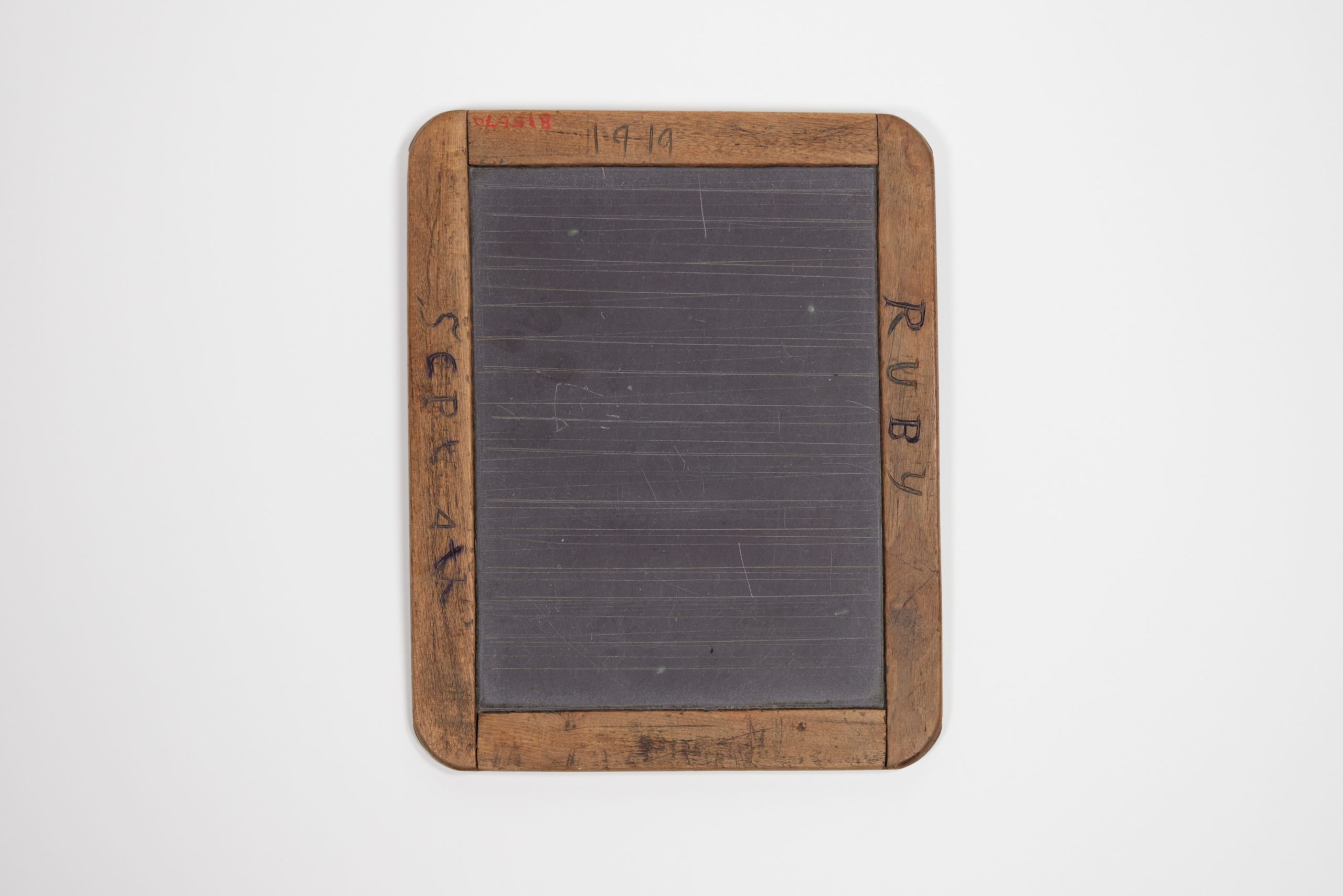 dark grey slate board with fine ruled guidelines in a wooden frame with roughly hand-incised lettering on both sides, together with slate pencil

dark grey slate board with fine ruled guidelines in a wooden frame with roughly hand-incised lettering on both sides, together with slate pencil