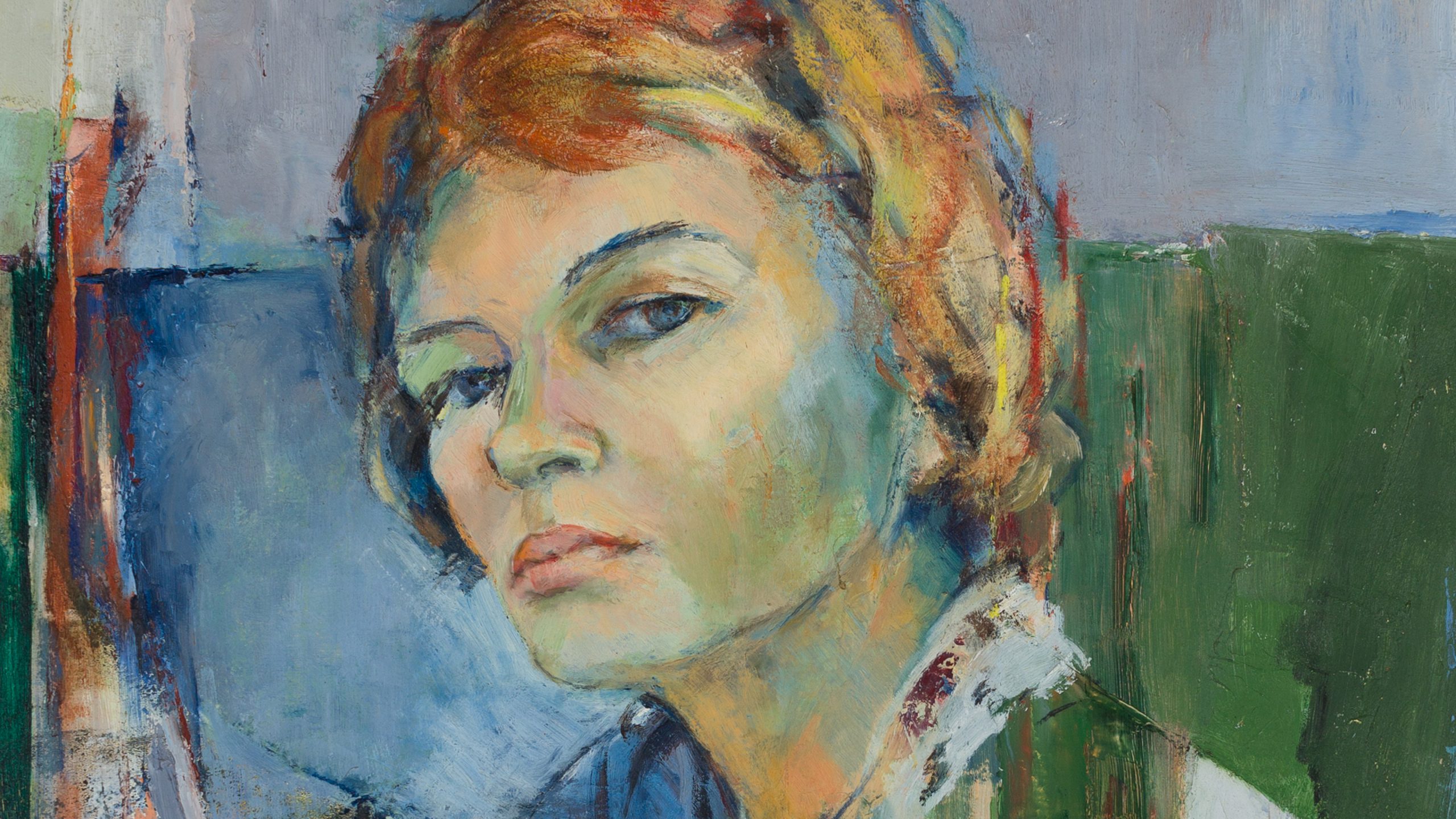 Knowing and direct, in this self-portrait Newcastle artist Norma Allen (1918-1998) peers intently into a round mirror. Her face is solid, posed against abstract shapes of green and blue. Struck by her gaze, we gaze back.

Painted in 1959, Mirror: Self-Portrait was a finalist in the 1960 Archibald Prize, the premier award for portraiture in New South Wales. Six years earlier Norma enrolled at the Newcastle campus of the National Art School, studying under the mentorship of the celebrated painter John Passmore.

Despite having drawn and painted for as long as she could remember, art school enabled Norma to develop a professional practice, alongside a community of fellow women artists. Shortly after painting this portrait, Norma was a founding member of Newcastle’s Low Show Group.

The Low Show Group was an inspirational collective of women that held exhibitions in Norma’s basement studio from 1961 to 1964. Drawing on the modernist influences of Passmore, and regular visits to Sydney galleries, the group played a key role in injecting the industrial town with a new culture of creating, exhibiting and selling contemporary art. The Low Show Group artists kept their prices low to make their art accessible to local people on modest incomes – hence their name.

Norma and her collective motivated the establishment of a diverse artistic economy in Newcastle, which persists today. Shortly before her death Norma donated her self-portrait to the Maitland Regional Art Gallery, a gesture that was in keeping with her lifelong commitment to the cultural enrichment of the region. 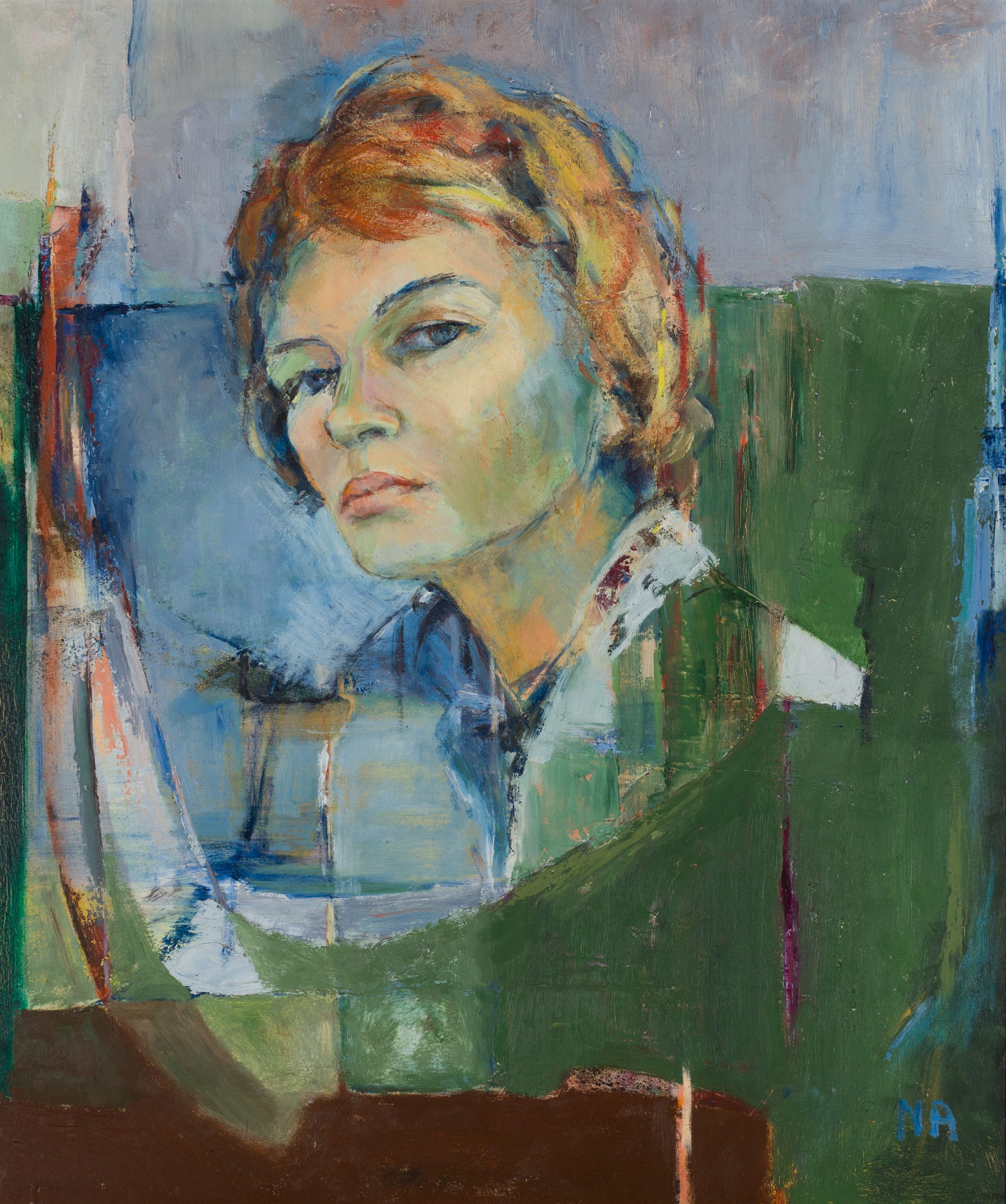 painting, oil on paper, on board

Margaret McBride, Doctoral dissertation, ‘Changing the Art Culture of Newcastle: The contribution of the Low Show Group of artists’, University of Newcastle, 2010.