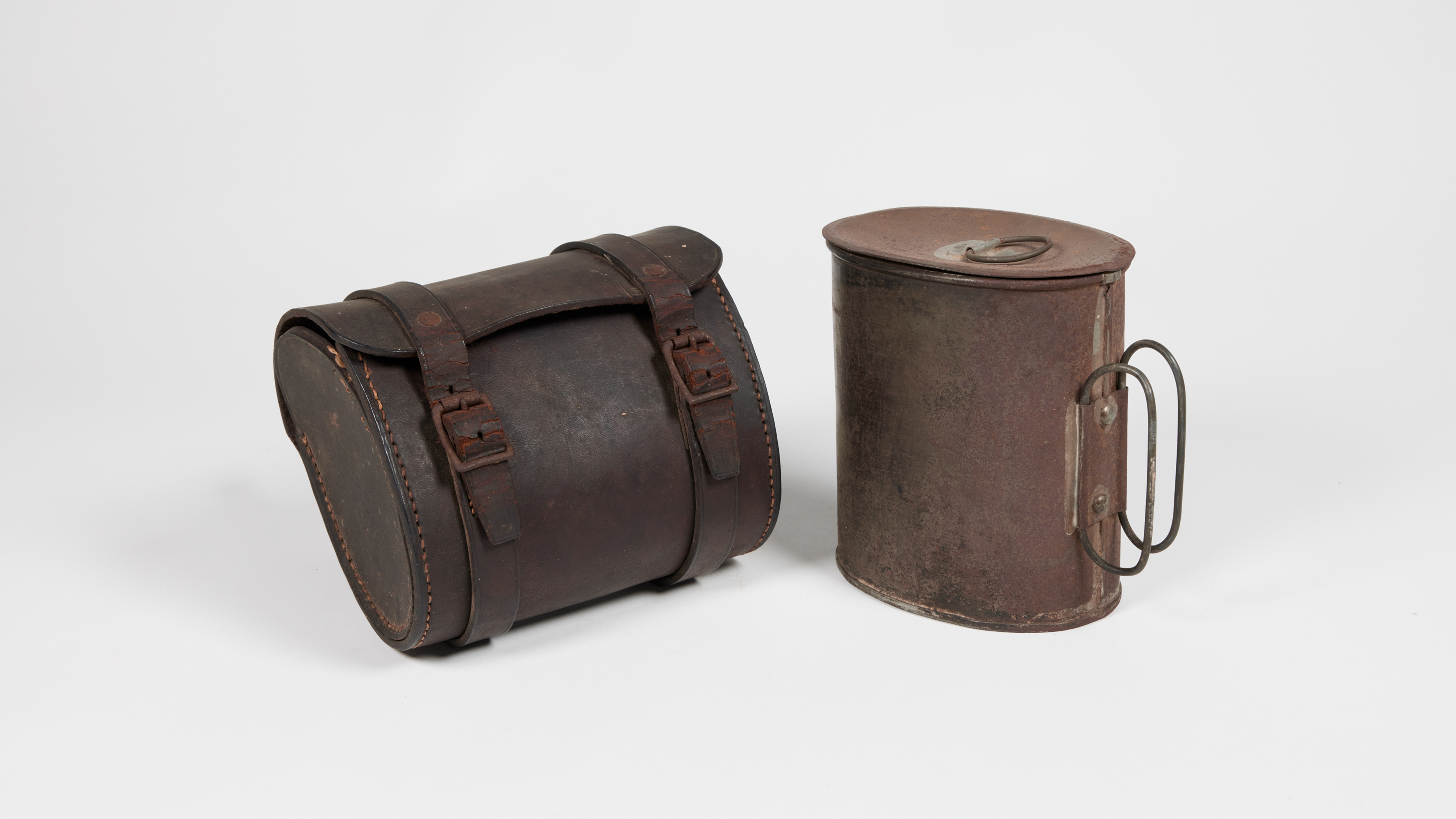 Shaped by the Bush

The stockman’s quart pot – a billycan (kettle) with a cup that fits inside it – was a popular kit carried by bush men and women to brew and drink tea. Whether journeying on horseback or by foot, travelling in the dry Australian ‘bush’ was a very thirsty business. A cup of leaf-tea, brewed on an open fire, was a savoured refreshment after a long day’s journey or toil.

The Australian quart pot may have its origins in the mess (meal) tins issued by the British to convicts and is similar to some European military mess kits. It was specially designed to suit Australian bush travel. And, it was so widely used by drovers, swaggies and other bush travellers, that it became an icon of the Australian bush or outback life.

The style of quart pot pictured here, with its leather cover and oval shape, was made for horseback travel, especially through the dense Australian bush. When riding, it was hung from D-rings fixed at back of a saddle – its slightly flattened form prevented it from being snagged on branches. And unlike a round billy can, the quart pot was also shaped to sit snugly against the horse.

Made from metal, and as it was bounced around by the horse’s gait, the quart pot made a distinct and rhythmic sound. In the Australian folk song The Stockman’s Last Bed (c. 1865), the singer laments the death of an old stockman with the words:

No more shall we hear

The crack of his stockwhip

His clear ‘Go ahead, boys!’ 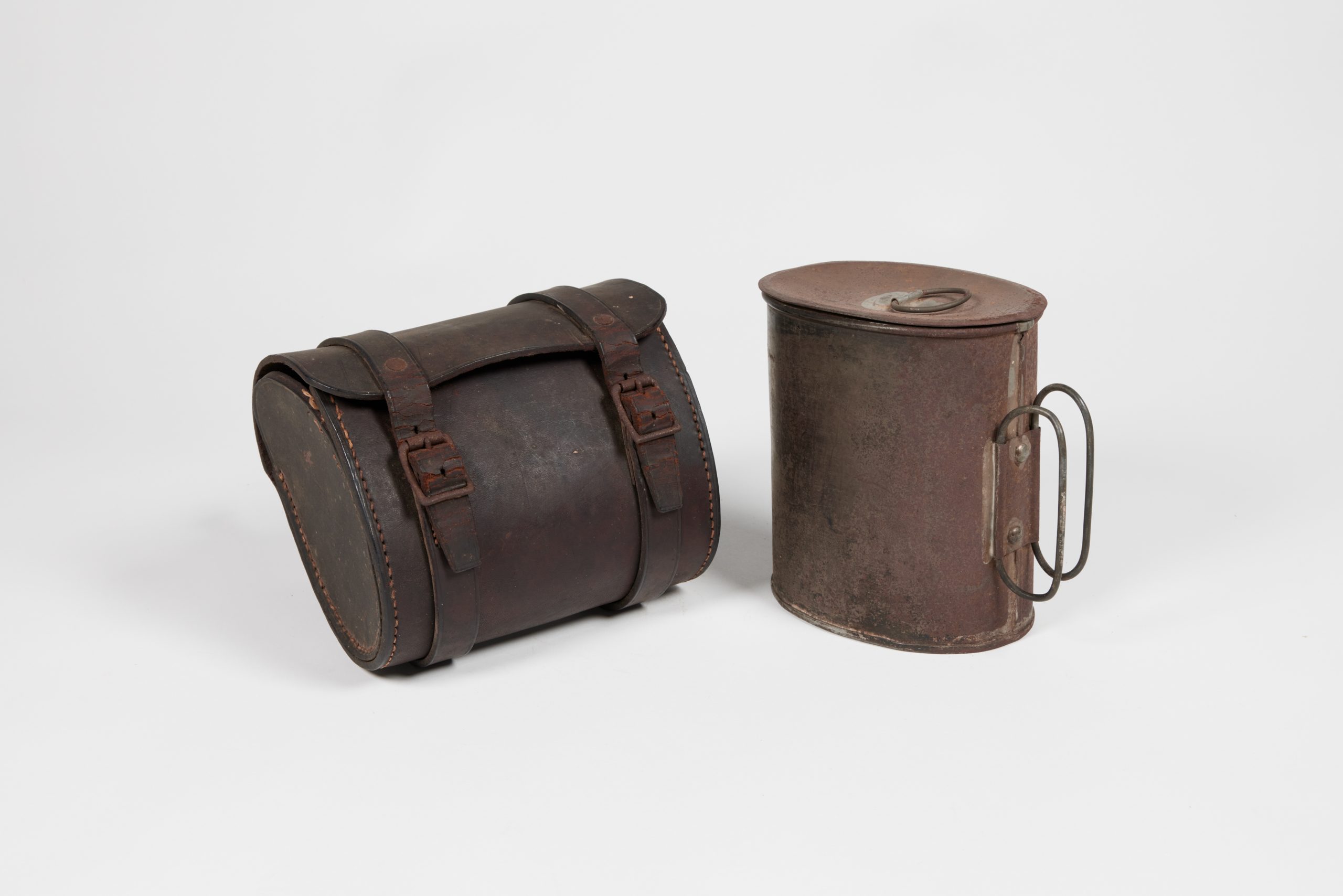 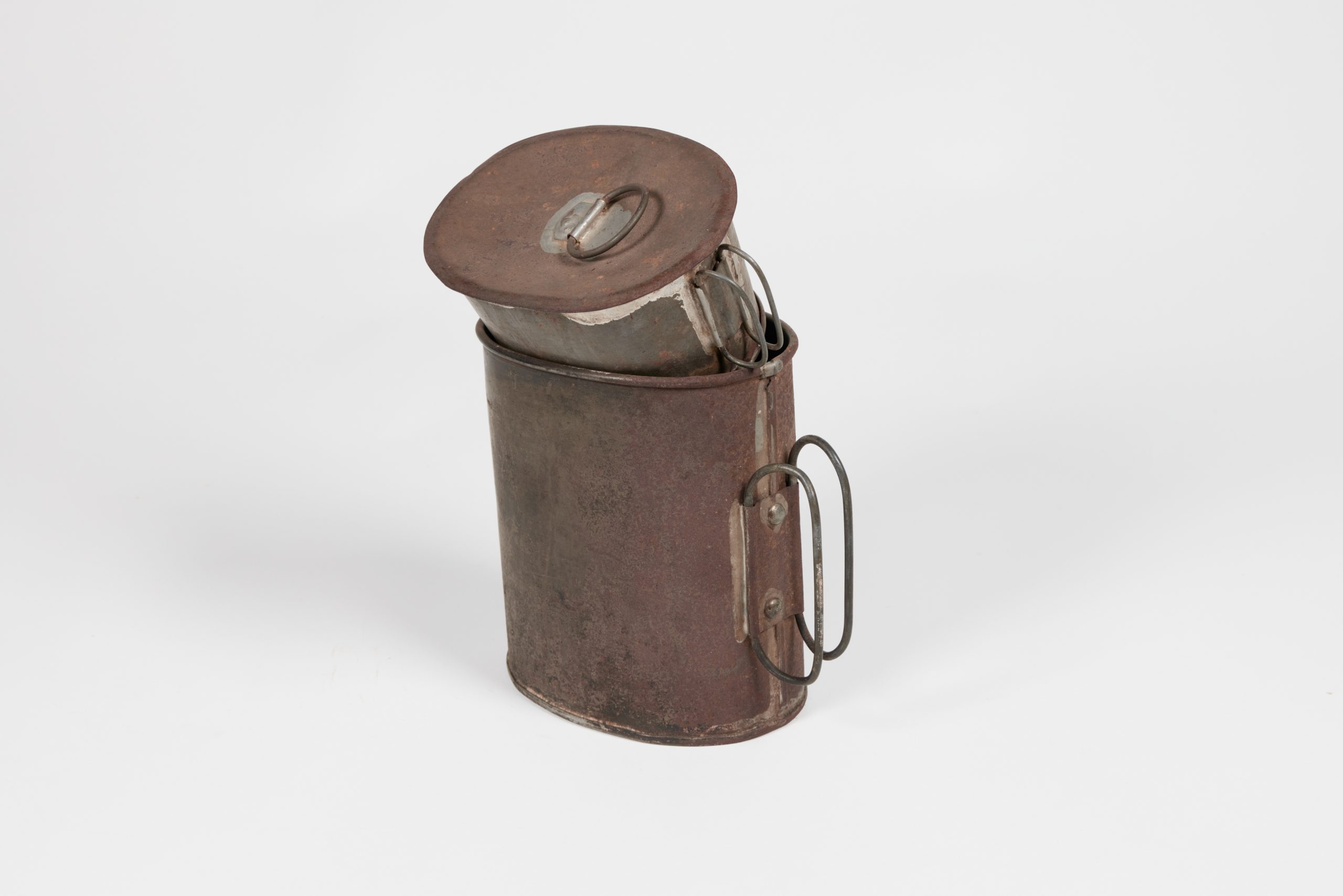 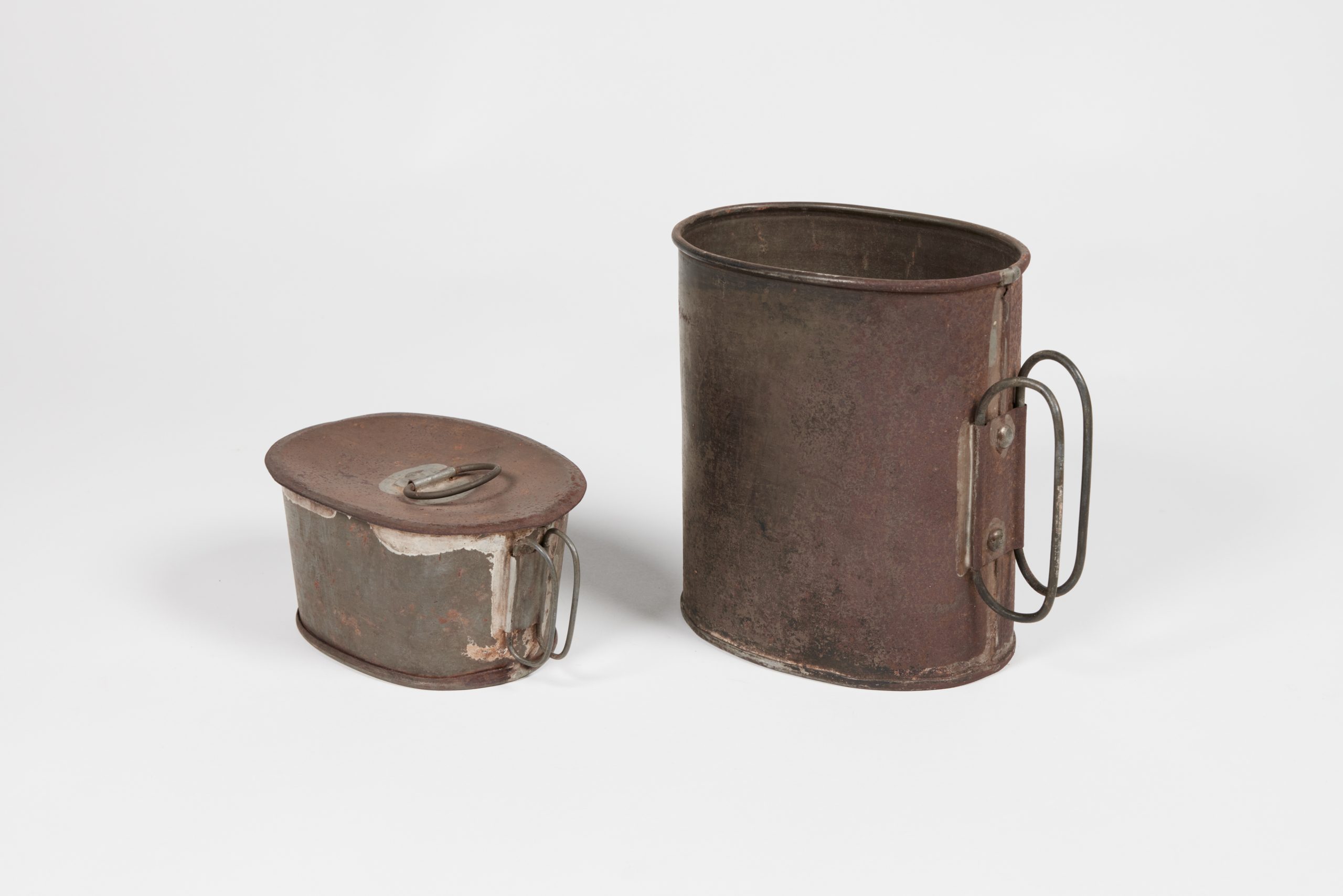 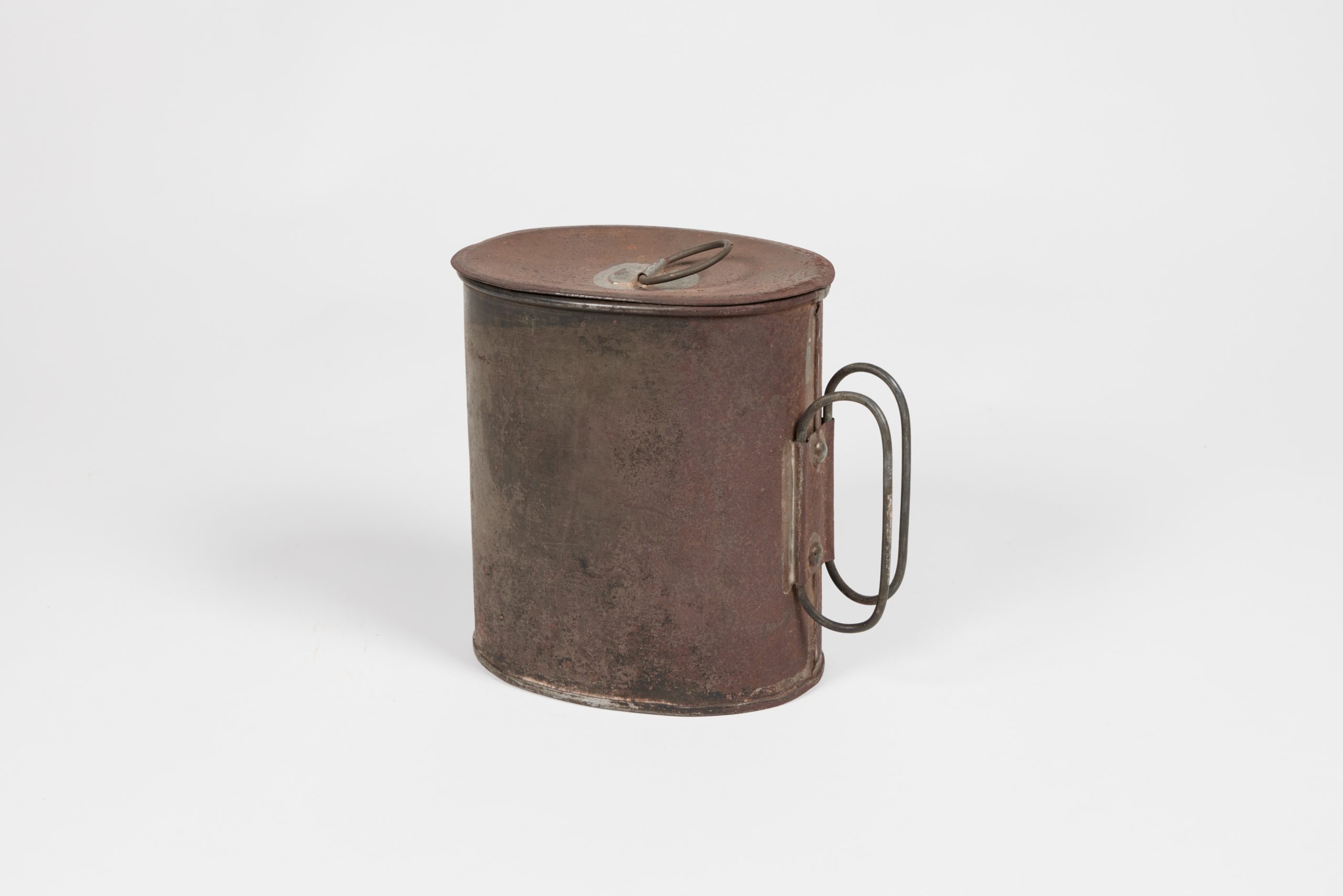 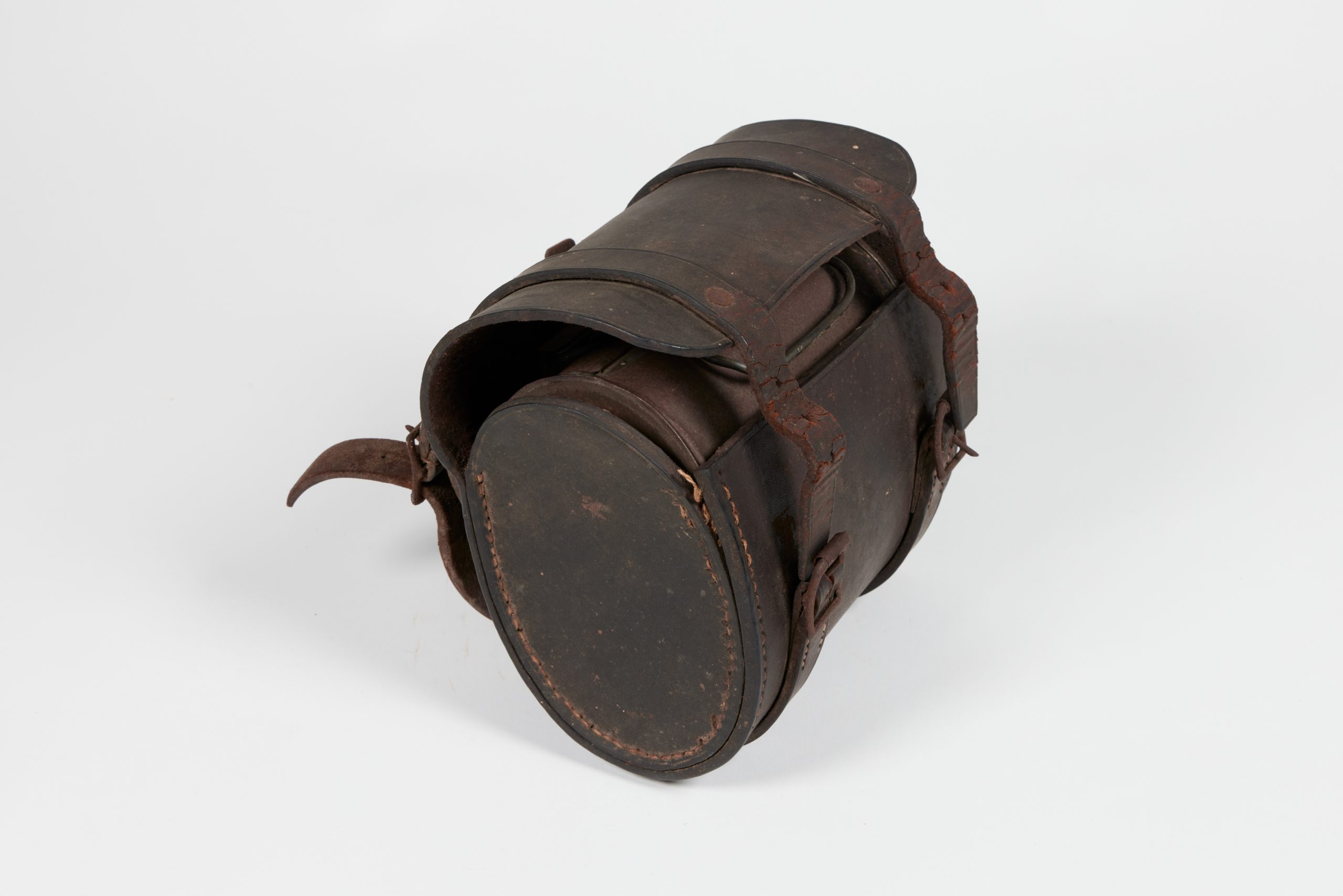