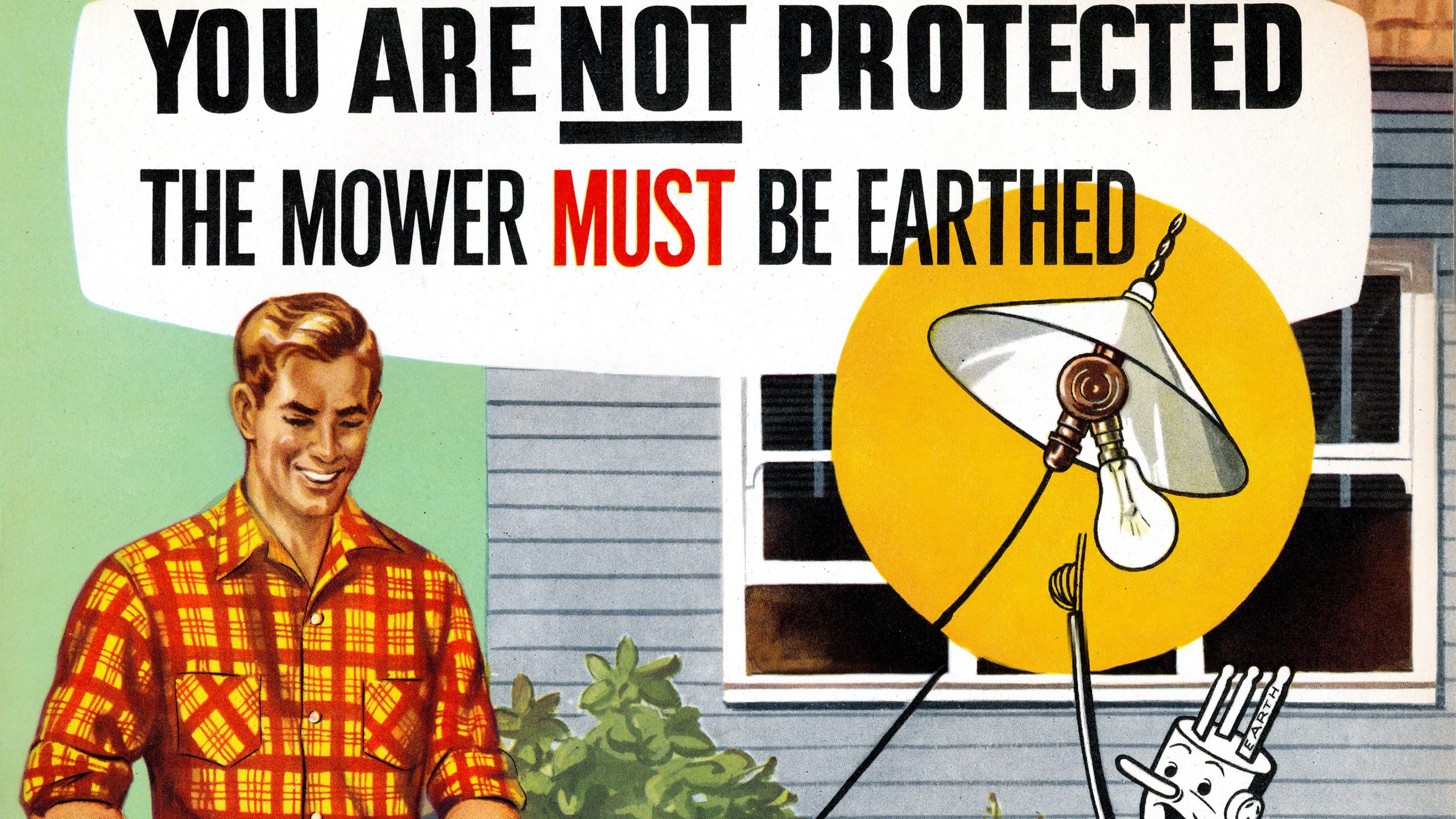 The use of comic or cartoon characters in advertising is well established. Mr Safety Pin, the comic character shown in this poster, was introduced in the early 1950s through a NSW government campaign designed to educate families on electrical safety in the home.

When electricity was first introduced, it was primarily used for lighting. As more and more uses for electricity were introduced around the home, extension cables and power adaptors found their way into the market. These adaptors, one of which the illustration shows plugged into the light fitting, might have provided power but they were far from what we would now call safe.

Most of us are familiar with the three slots on our electrical power points. The bottom slot is the earth, designed to dissipate any electricity in the event there is a fault. The earth ‘grounds’ the power, literally providing a pathway for the electrical current to enter the ground and trip the fuses that cut the power off. Without this earth, in the event of a fault, the next person to touch the plug will be electrocuted.

Mr Safety Pin was seen as a fun way to prevent home electrocutions that were unfortunately very common in this era. 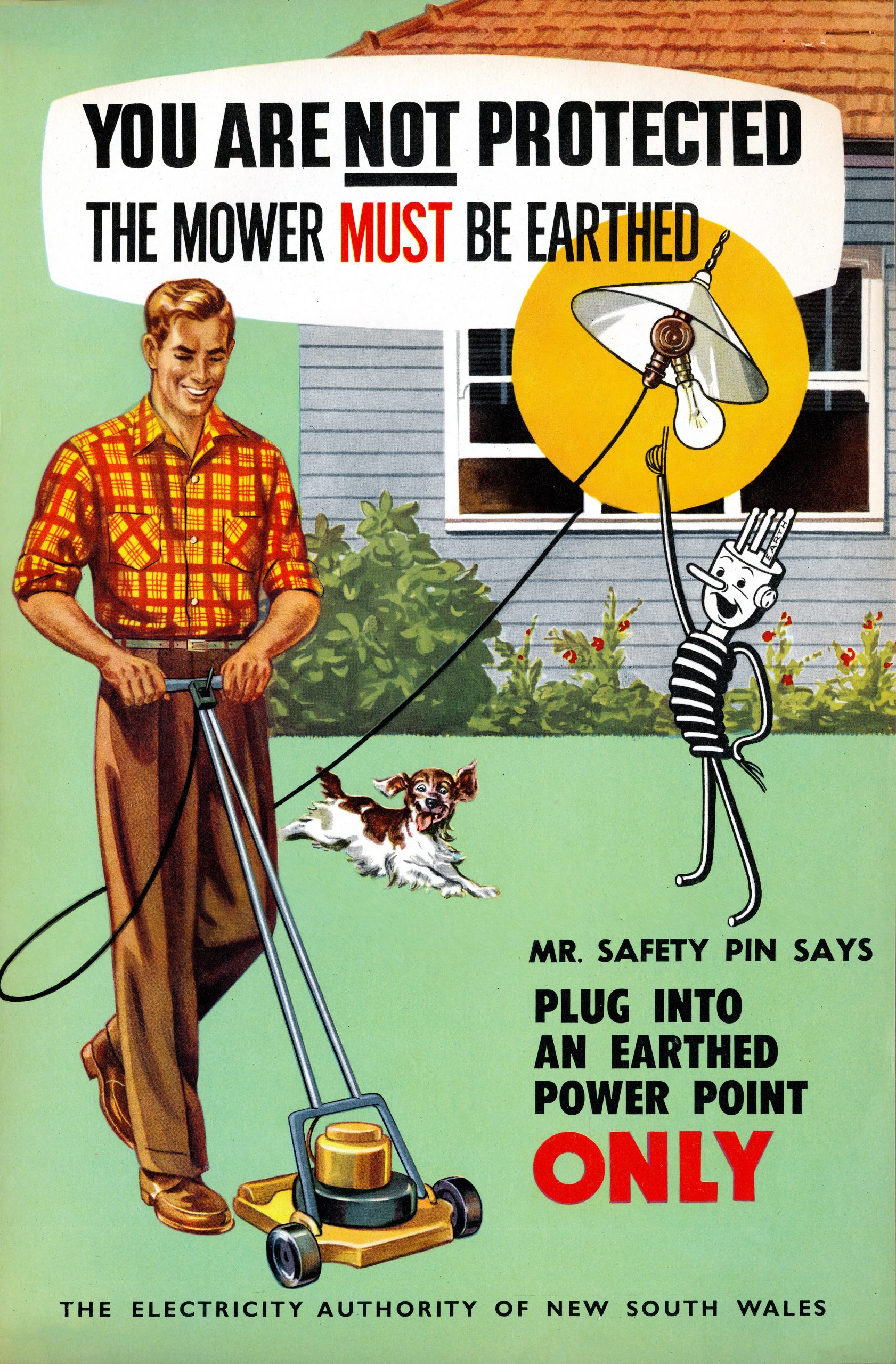 You are not protected / the mower must be earthed / Mr. Pin says plug into an earthed power point only / The Electricity Authority of New South Wales 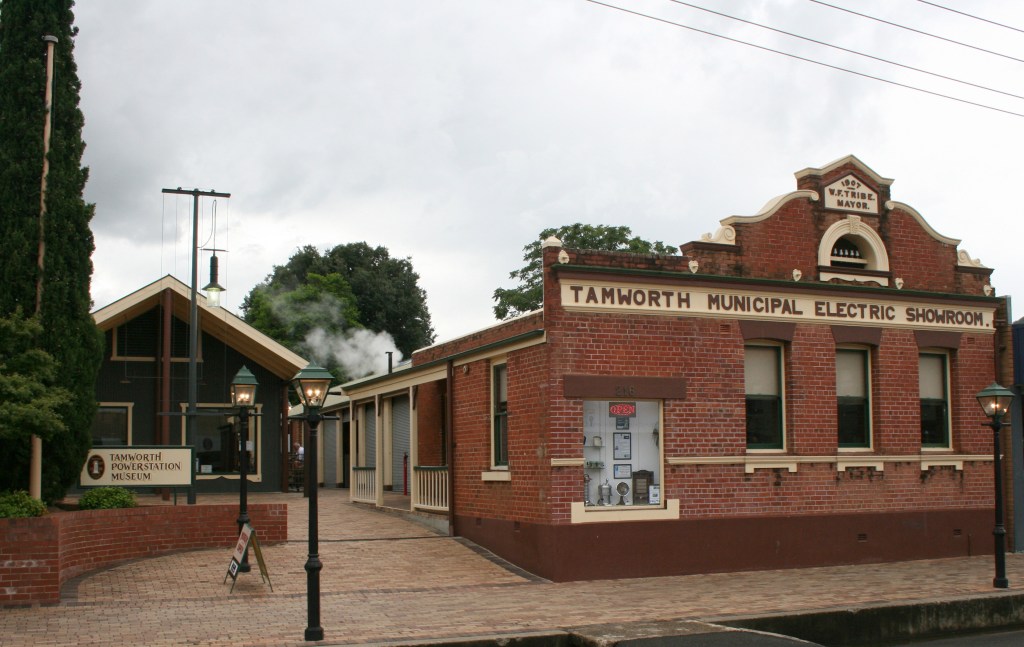