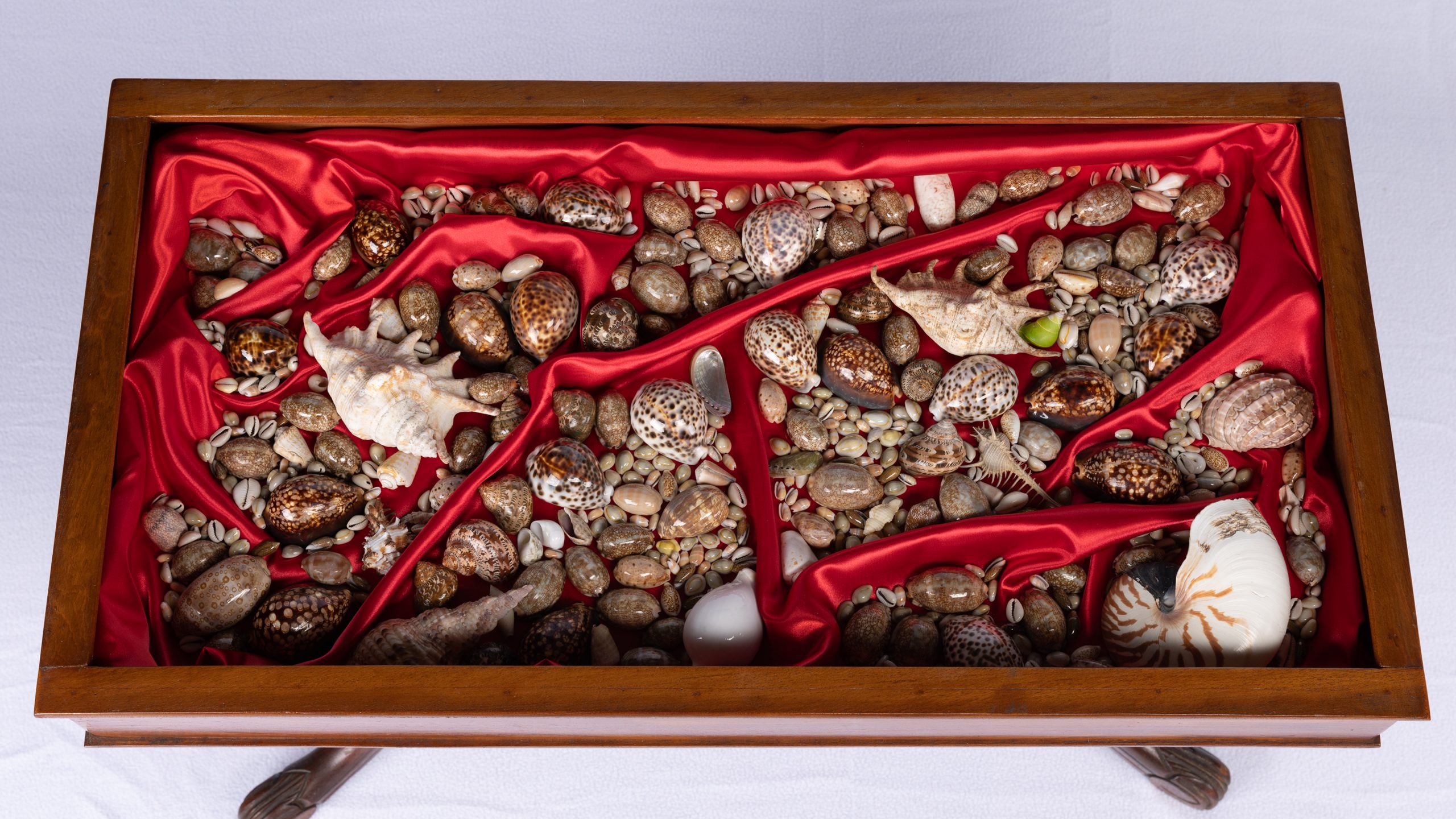 These hard homes of tiny soft bodied molluscs that once lived on the sandy bottom of the Pacific Ocean, washed up on the beaches of the Solomon Islands, and eventually became souvenirs for Paulene White, a young woman from Morpeth, NSW. While employed by the British government, probably in the 1950s, Paulene travelled from her hometown to the Solomon Islands. Though she probably did plenty of beachcombing there, Paulene collected these shells from the local children, who were selling them for sixpence a bag.

Back in Morpeth, Paulene asked her father to make a display table for her beautiful collection, which includes tiger cowries, spider conch, harp, turban and nautilus shells. Fortunately, her father Joe White, was expert at working with wood, being the third-generation proprietor of Morpeth’s famous furniture manufacturing company.

When Paulene’s great grandfather Joseph George White (1822-1912) began his manufacturing business in Morpeth in 1845, the red cedar timber cut from the dense forests along the Hunter riverbanks provided the raw material needed for the furniture. But the cedar was in such demand that the trees had all been felled by the late nineteenth century, and any remaining raw timber or furniture became increasingly valuable. Perhaps that is why Paulene’s father made the shell showcase top from pine, and the curved cabriole style legs, which do appear to be made from cedar but do not match the top, may have been repurposed from something readymade in the White workshop. 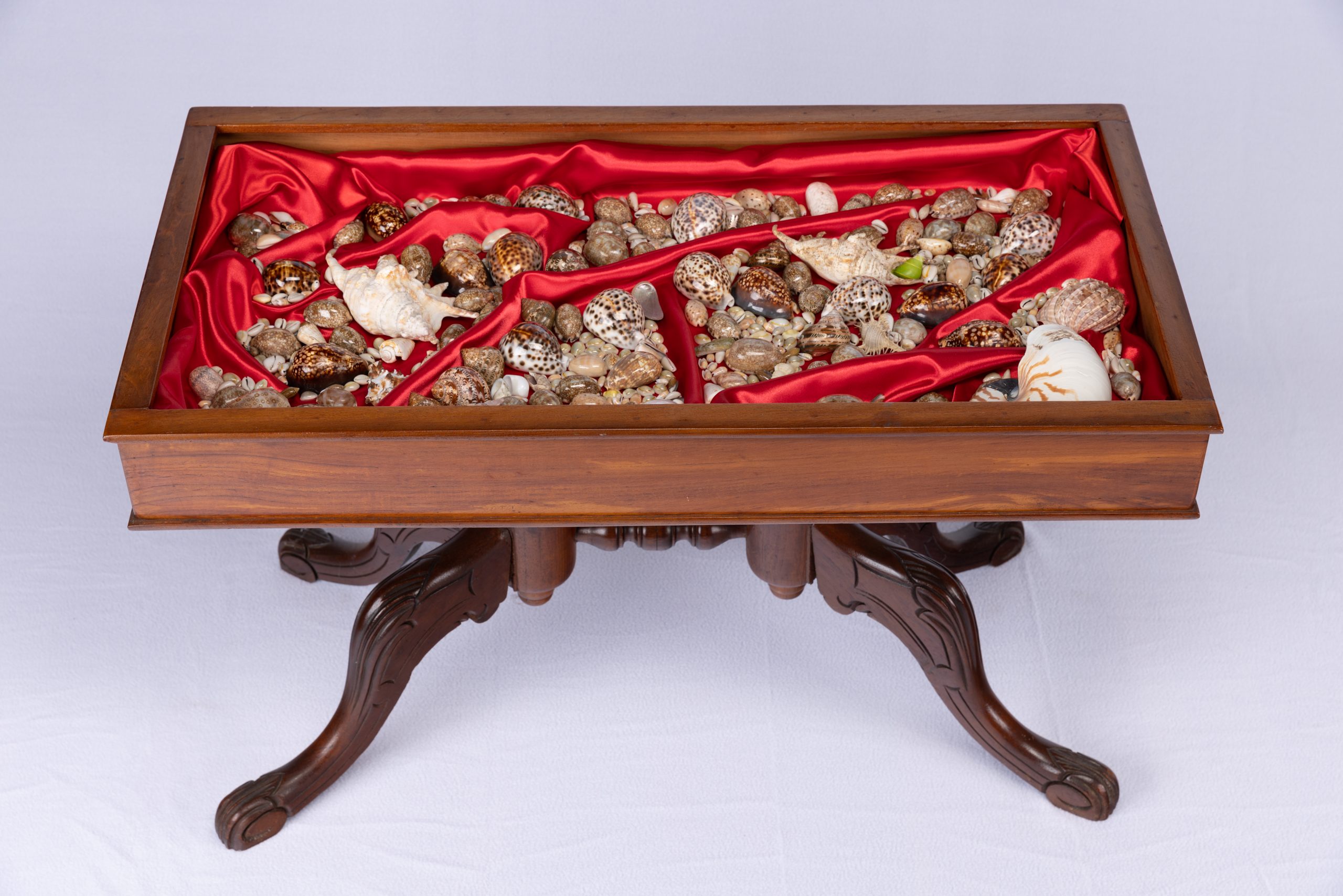 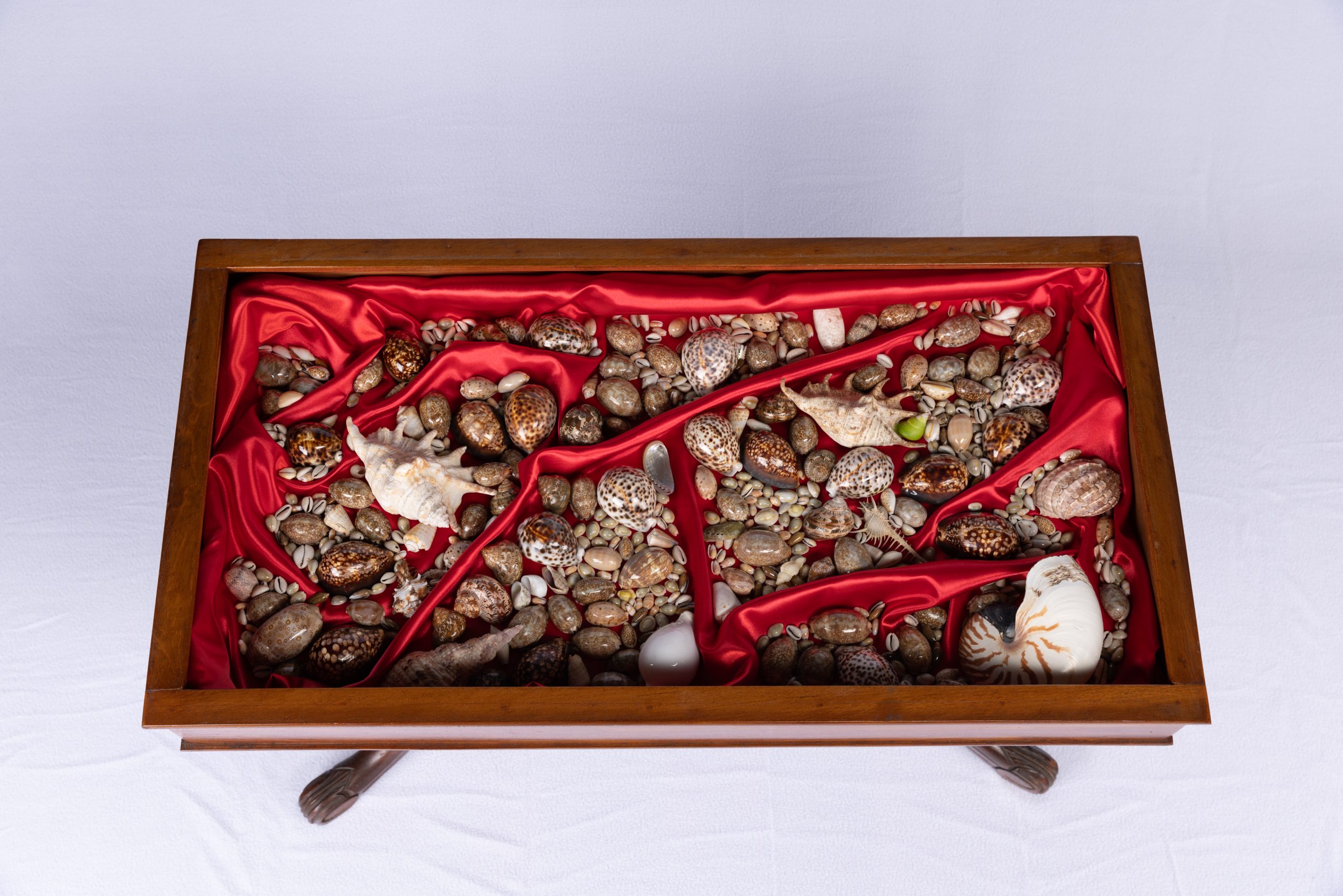 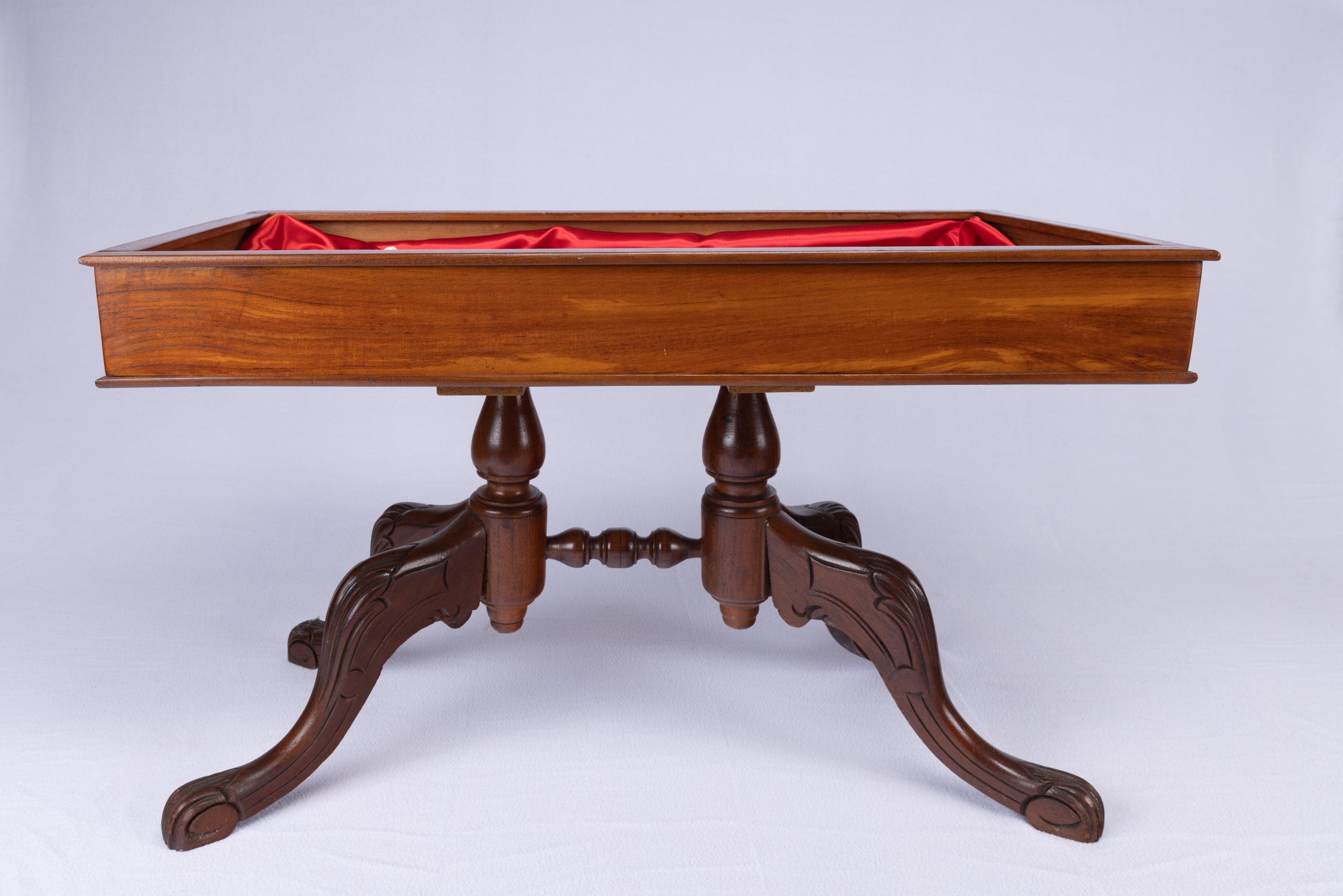 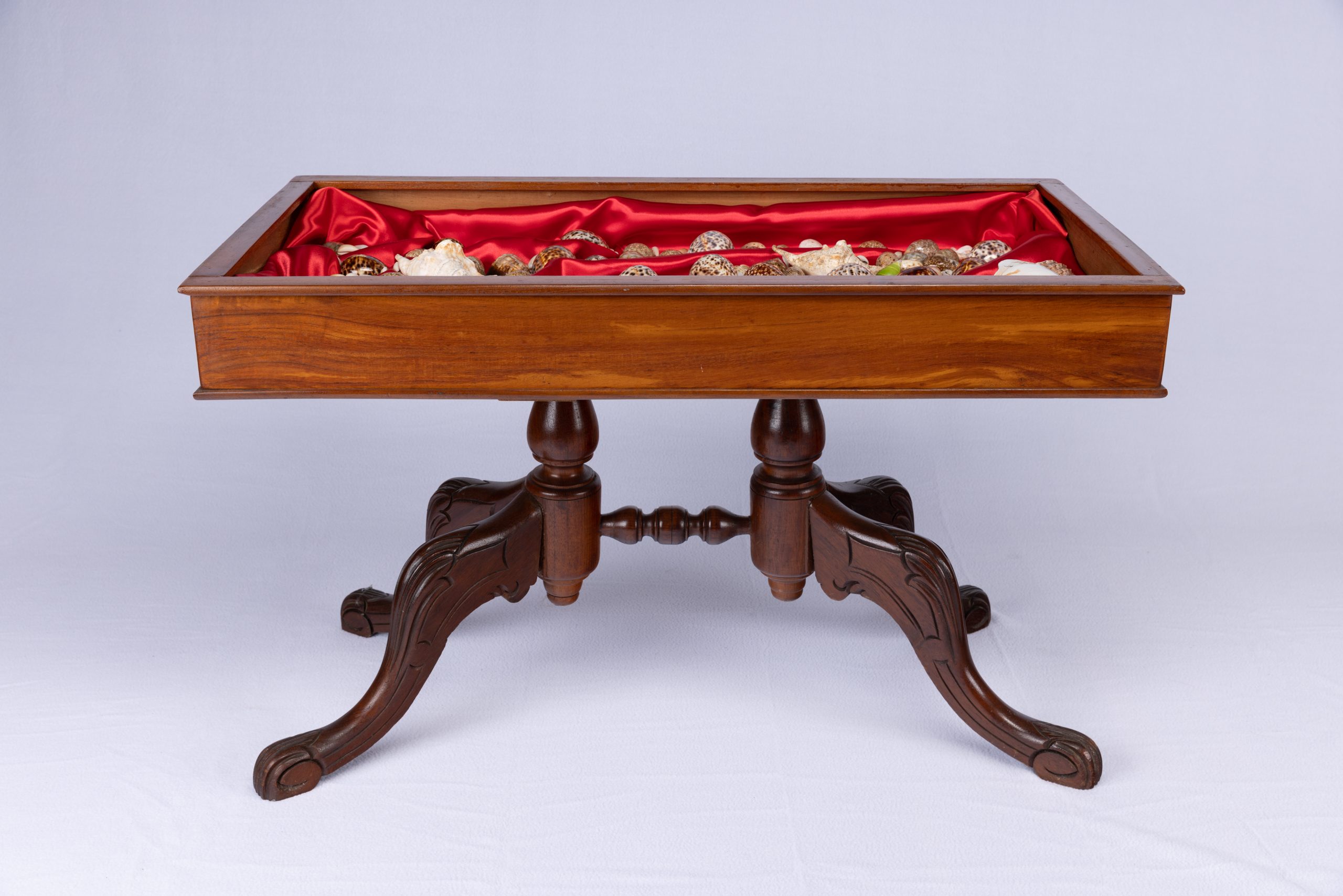 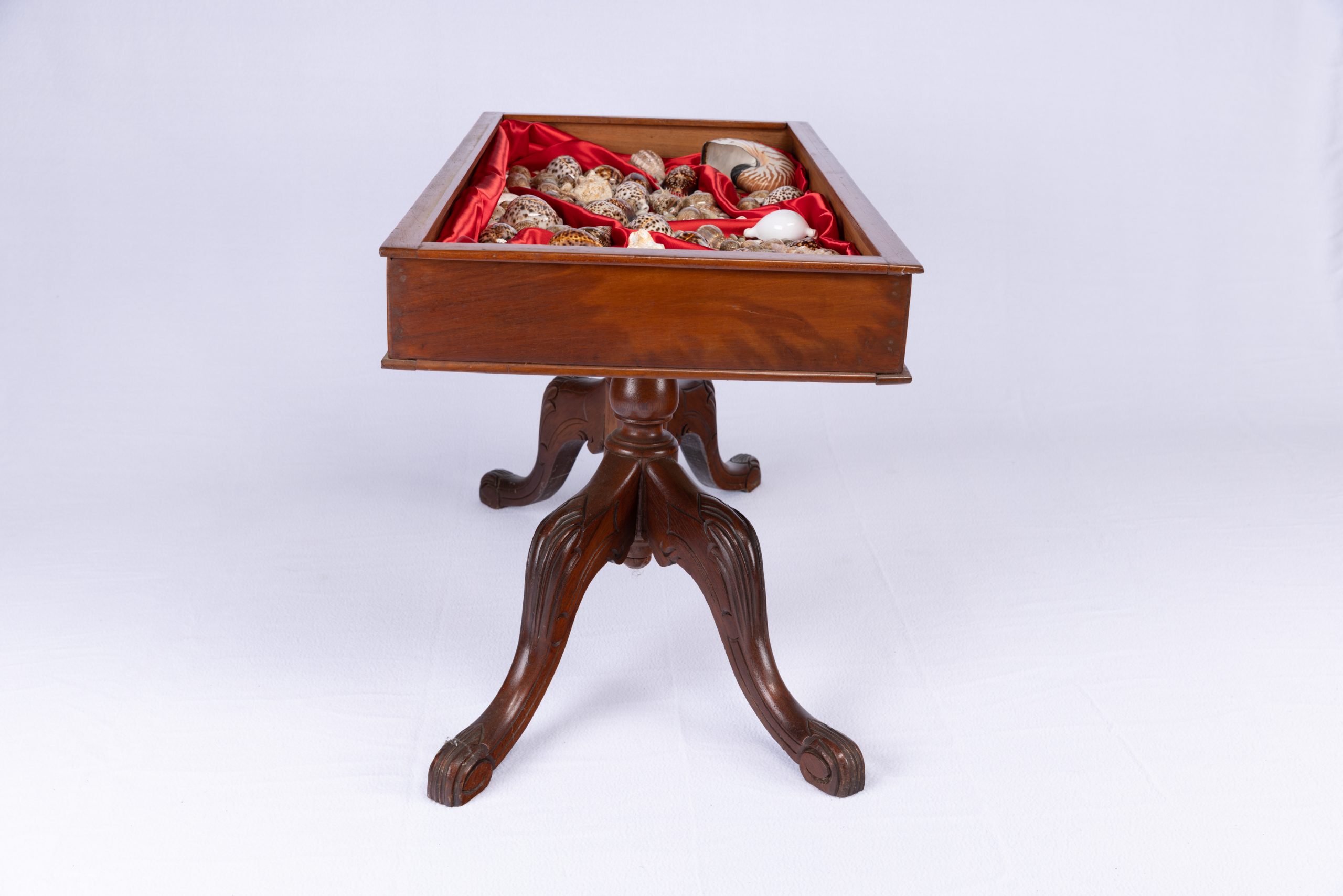 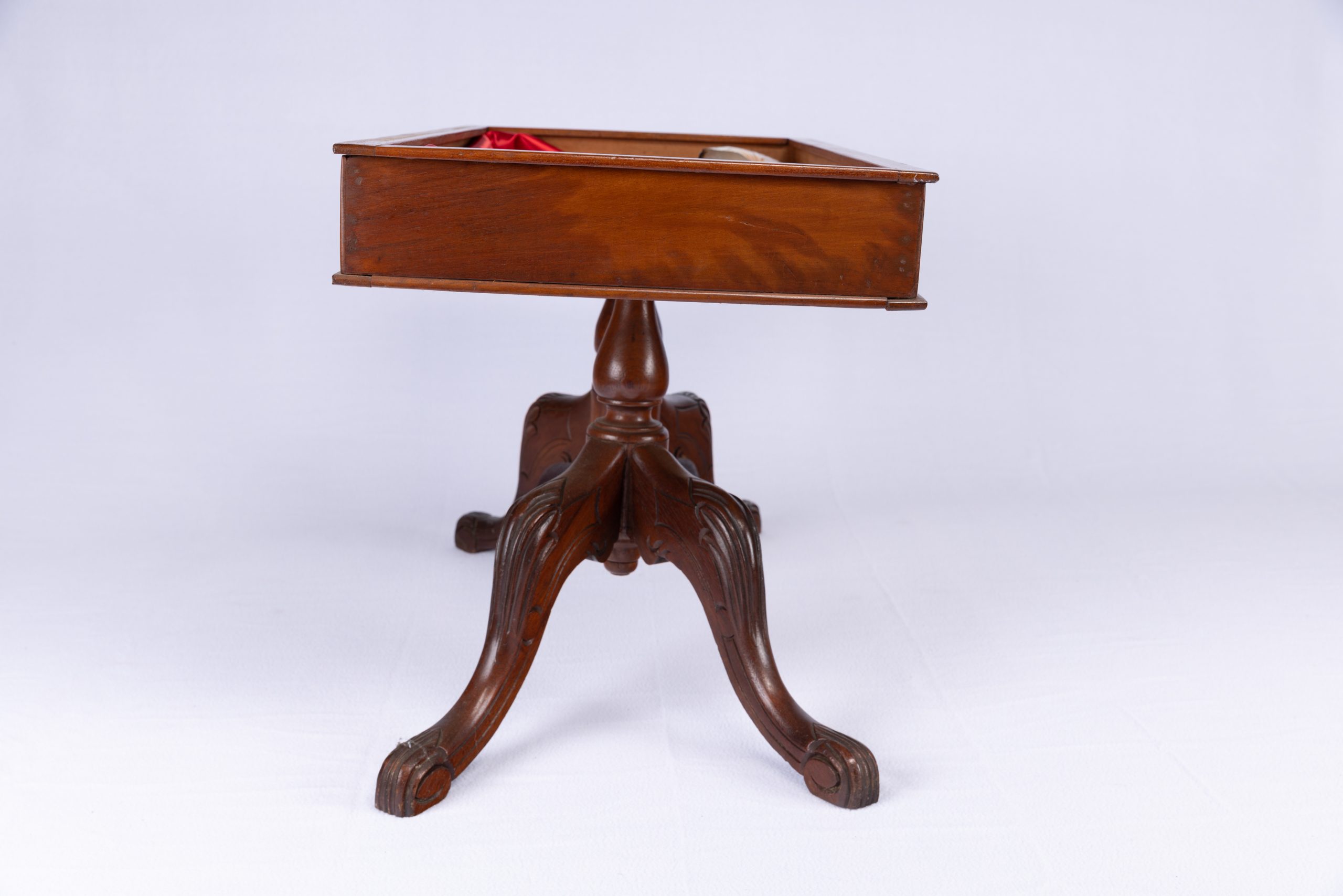 Information about Paulene White and her travels supplied by Morpeth Museum.