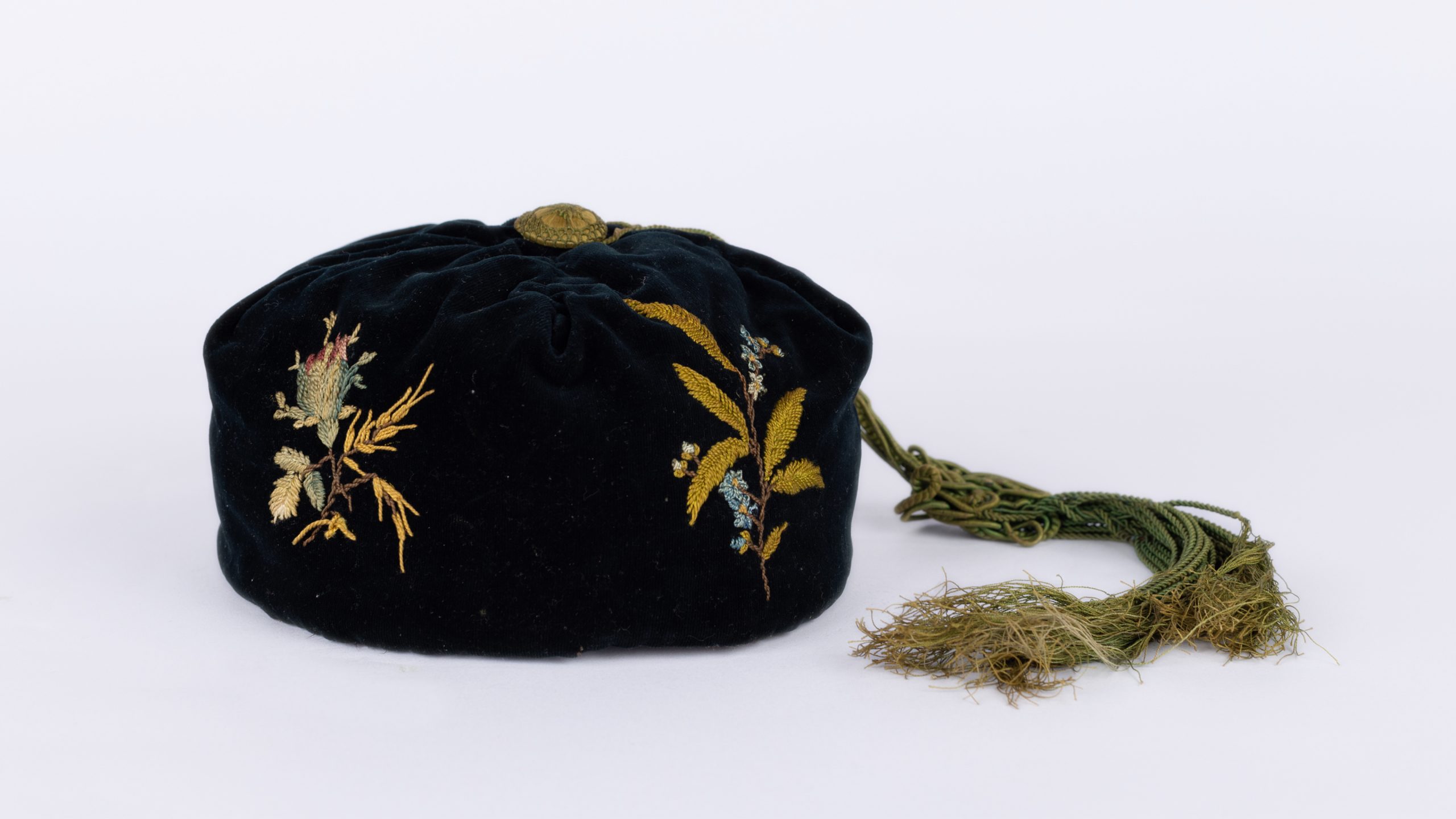 After returning home each evening, weary from work, Morpeth furniture craftsman Joseph George White (1822-1912) probably followed the fashion of his fellow Victorian era gentlemen. Retreating to a quiet room in his home after dinner, he probably put on a smoking jacket and this smoking cap. But did he then light up a pipe and smoke it?

‘Smoking (or ‘lounging’) caps’ were popular between 1840-80 and were worn to prevent men’s hair from being infused with the smell of smoke while smoking tobacco. This cap may have been sewn by Joseph White’s wife, Julia, as it was common for women to make them as gifts for husbands, who sometimes only wore them to show off their wives’ fancy needlework skills.

Born in Surrey, England, White came to Australia in 1839, and settled in Morpeth, where he established a successful furniture and bedding manufacturing business in 1845. White became a prominent local figure, serving various terms as Mayor, Alderman, and local magistrate, and being engaged with numerous community committees and political initiatives.

White was well-read and a staunch believer in vegetarianism and temperance and gave lectures on those subjects, including one entitled ‘How to live a hundred years.’
The health risks of smoking were certainly less understood then, but since White was so concerned about health and longevity, it seems most likely that he never smoked while wearing this cap. 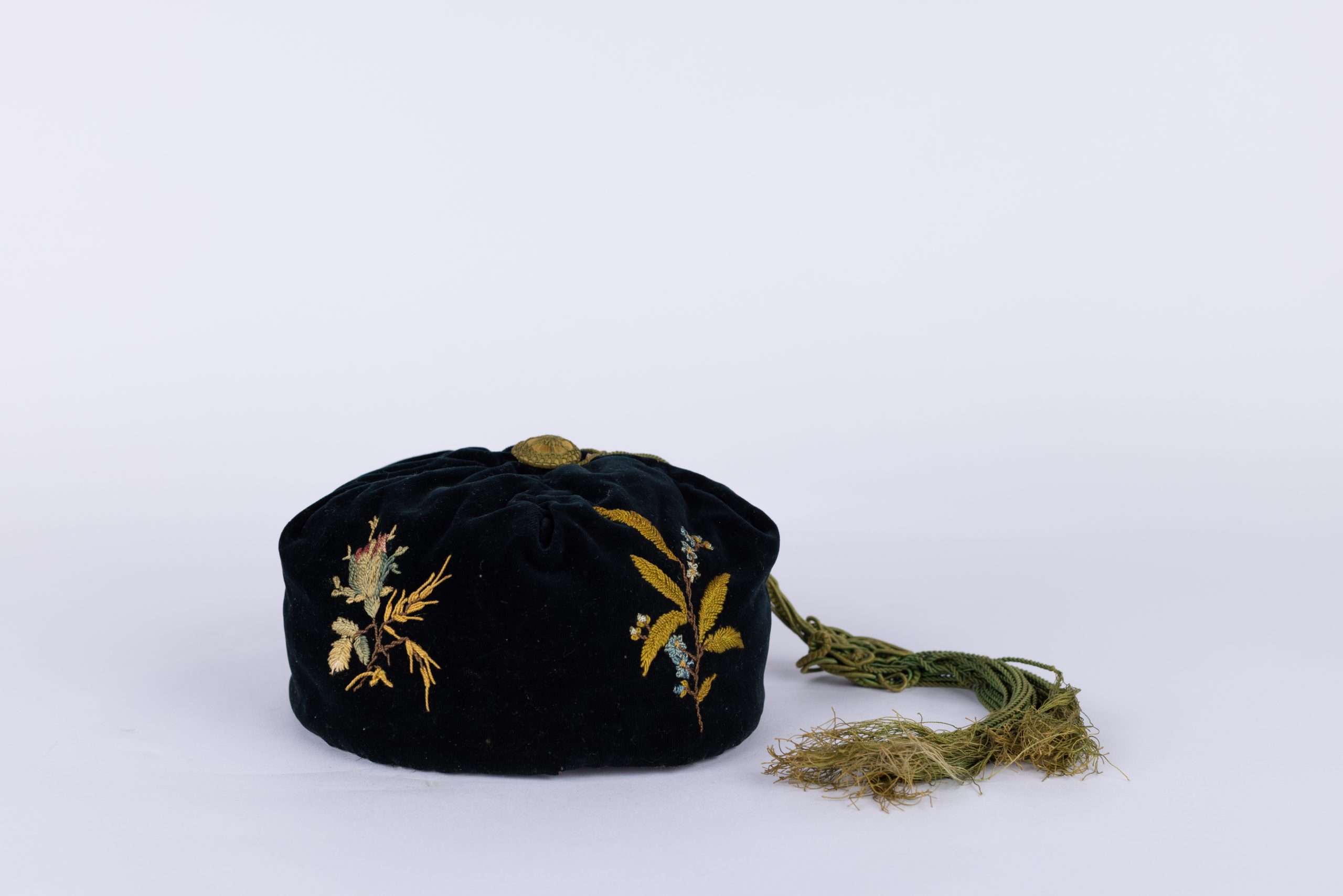 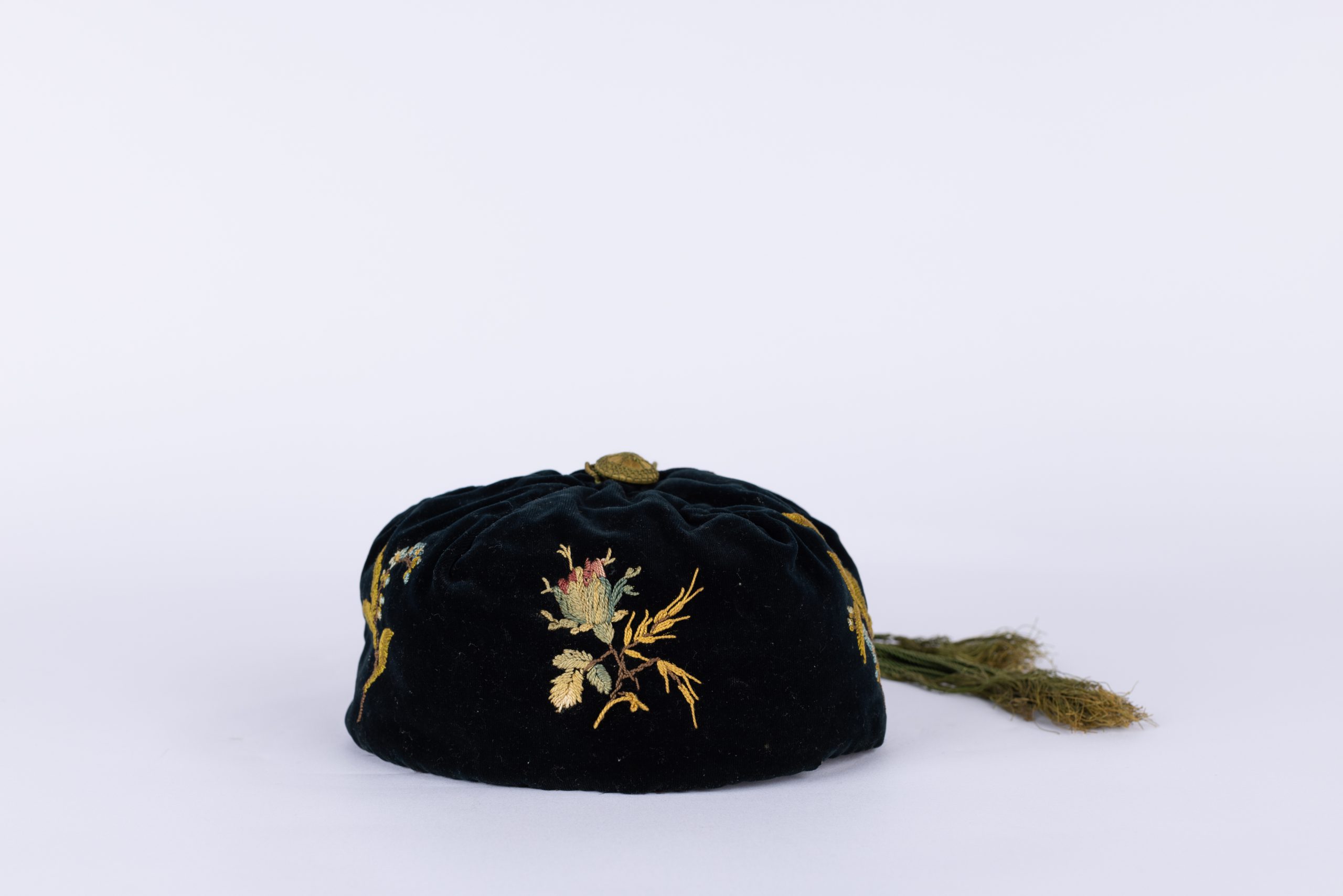 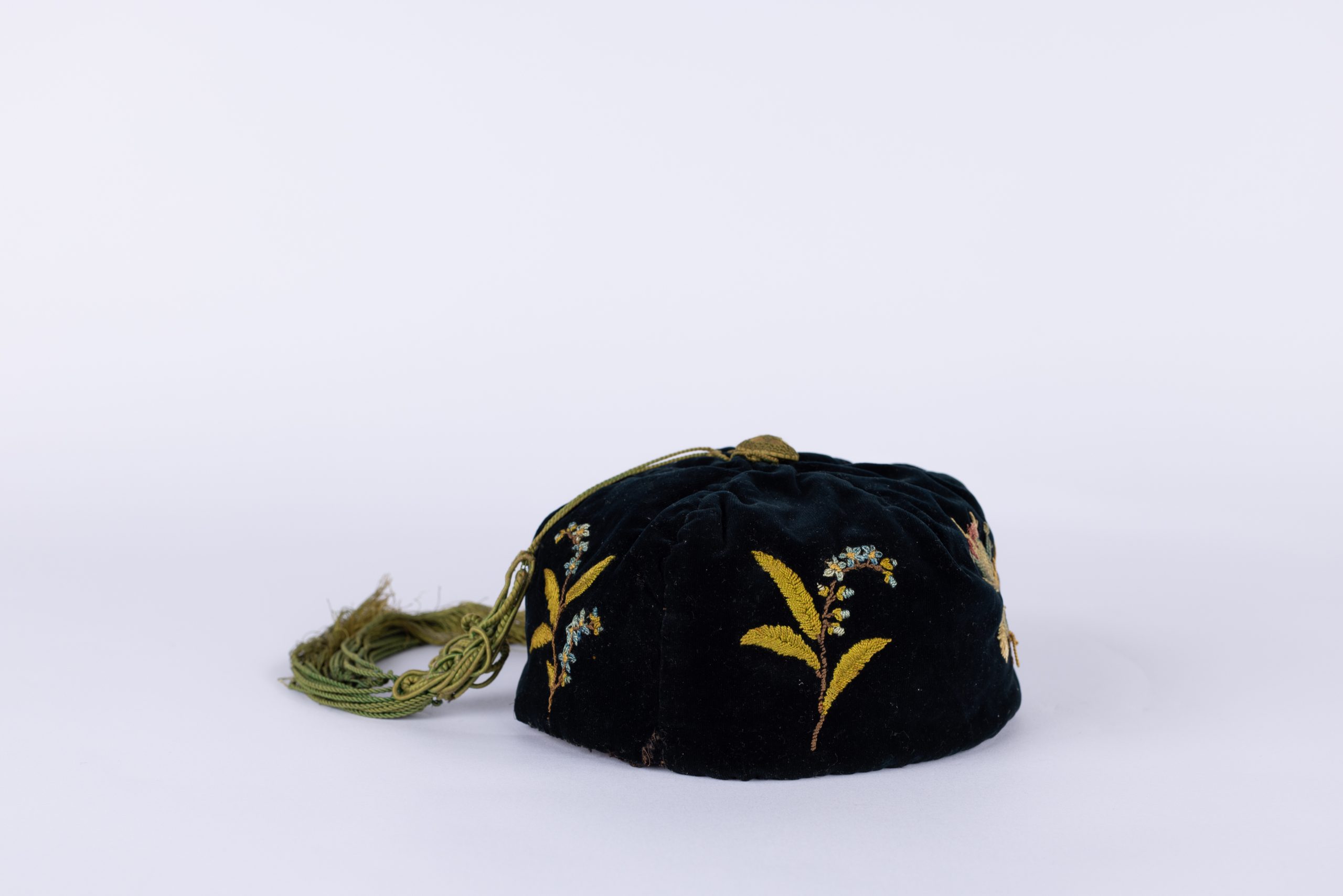 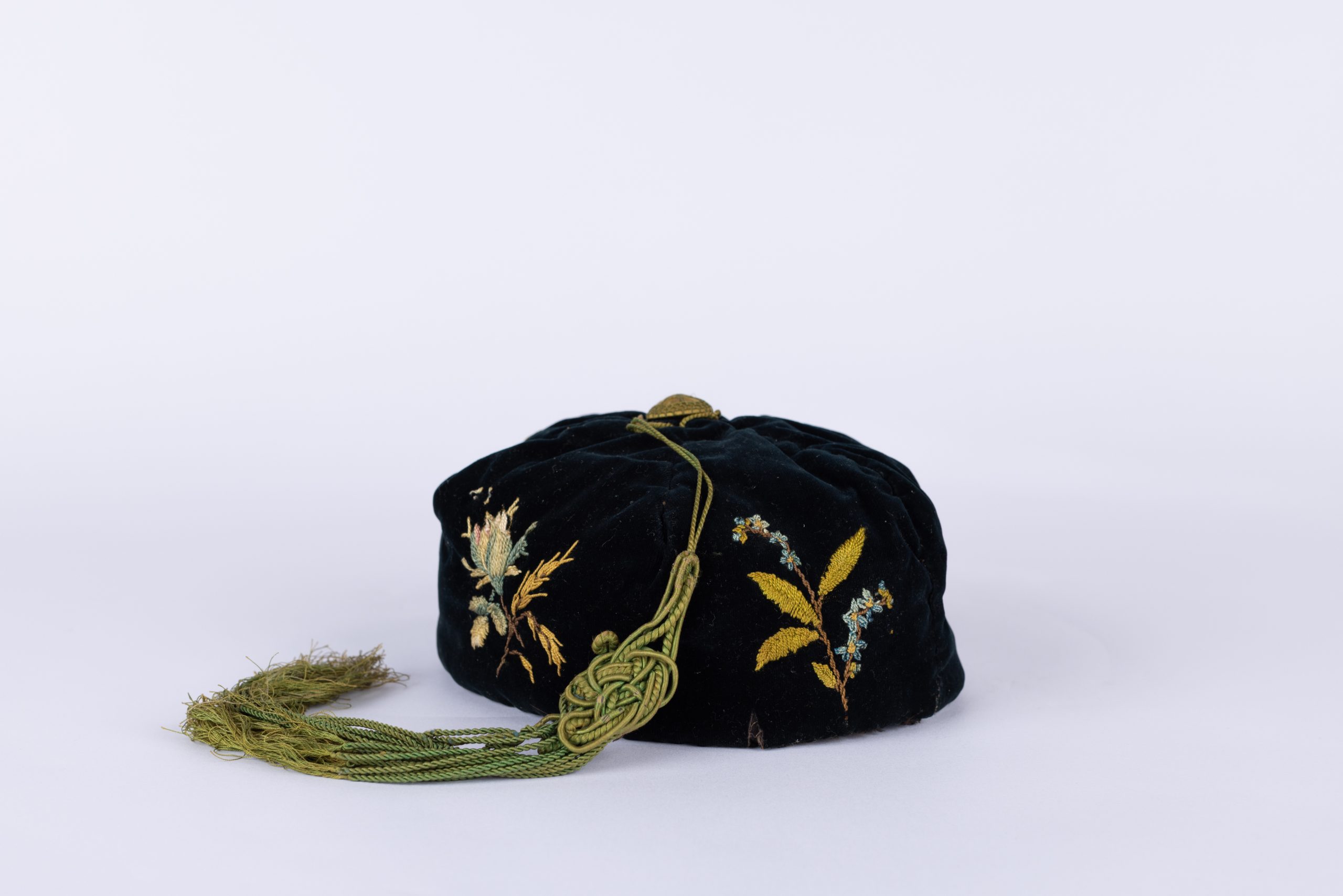 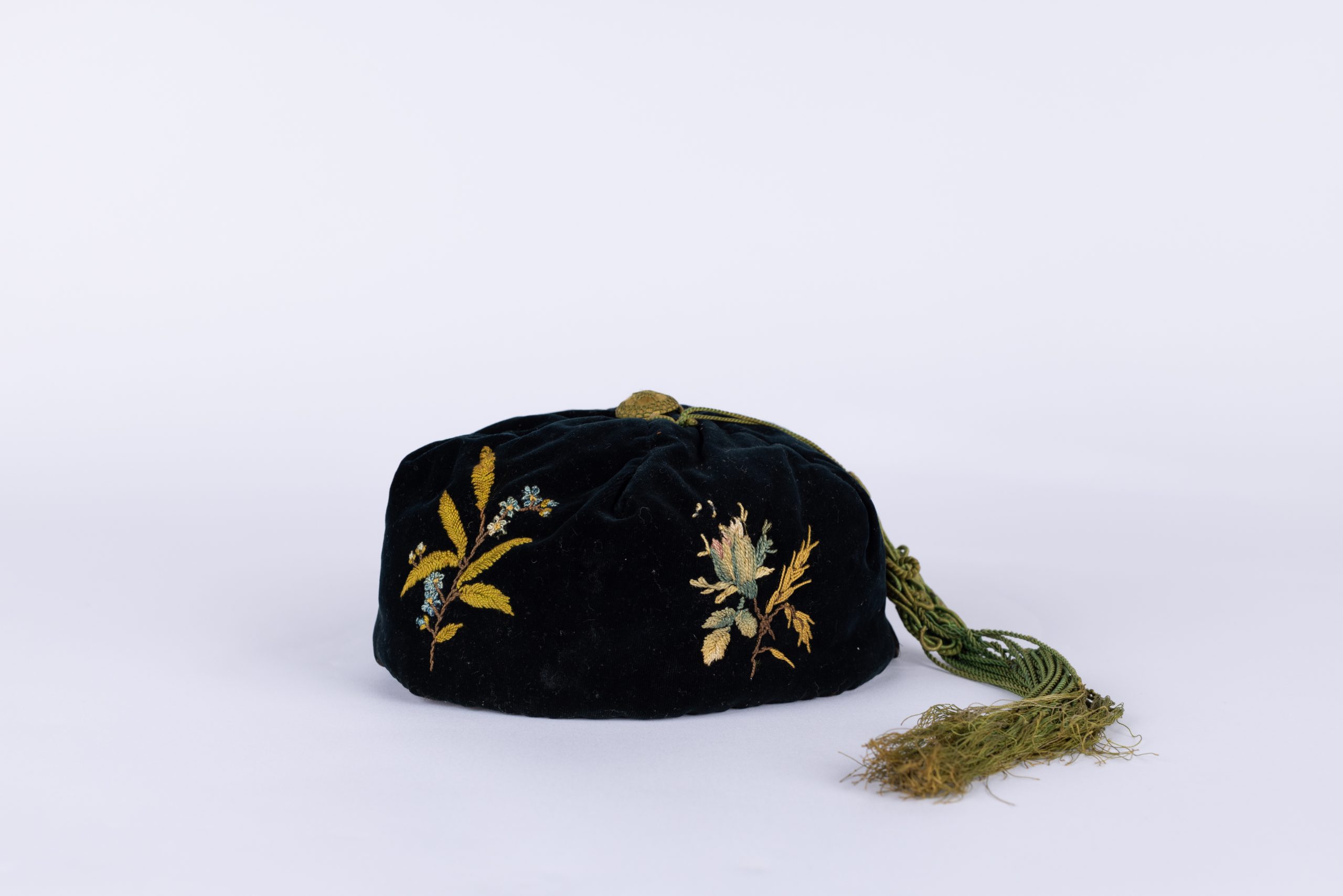