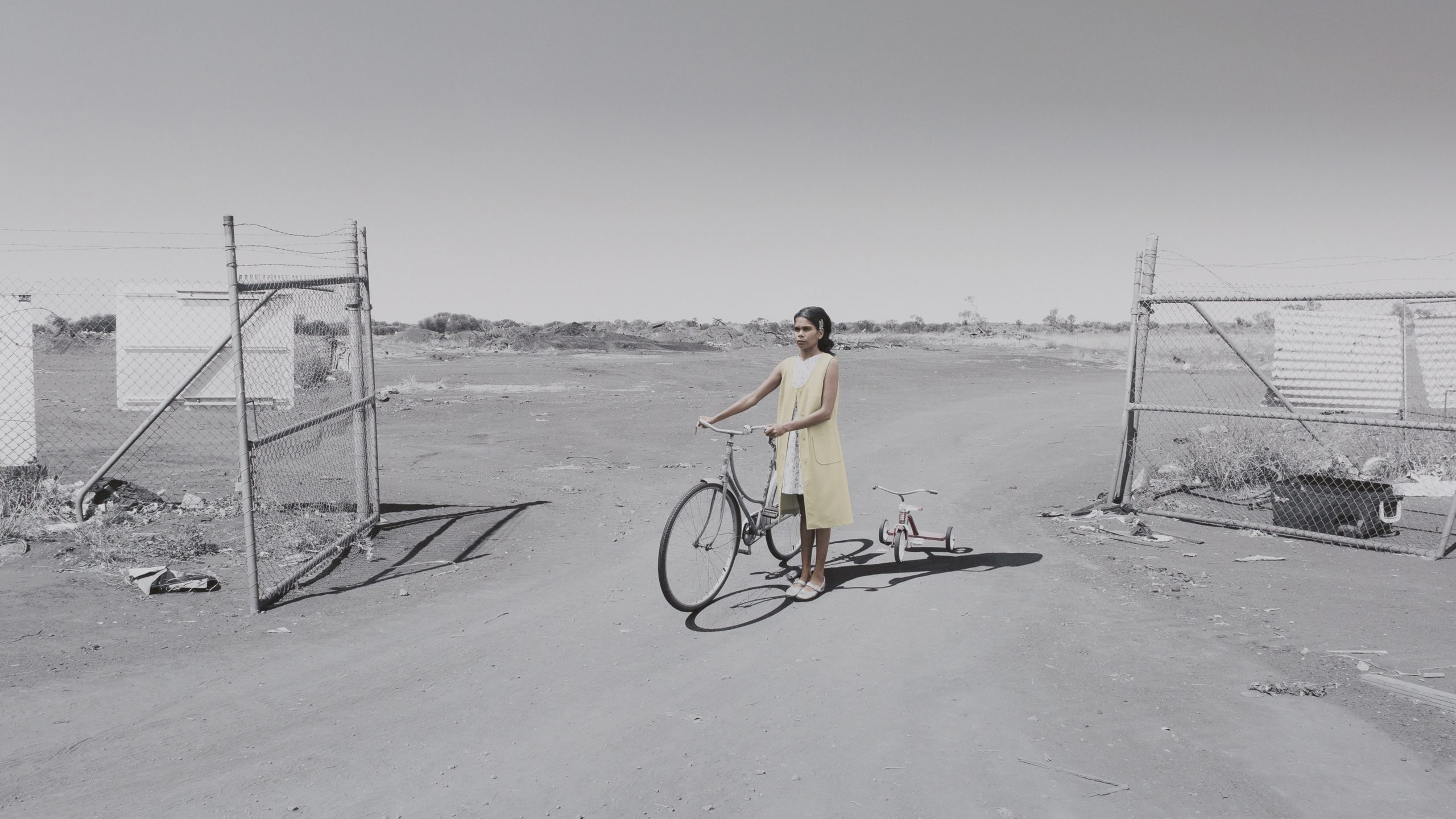 Where there are people, there is noise. Yet this photograph by Michael Cook (1968-), part of a thirteen image series, titled Mother (Bicycle), exudes only silence and stillness.

Born in 1968 and adopted by white parents who were staunch activists and allies of the Indigenous community, Michael Cook has explored a wide breadth of subjects since he took up art photography in 2009, from the political to the historical while exploring contemporary understandings of Indigenous culture.

Mother is arguably his most personal work to date. Evocative, emotional, and alluring, the homage to the Stolen Generation in this series is overt; and yet Cook has included a strong sense of the personal in these images. The toys, the only sign of the absent child, were chosen because they resonated with Cook’s own memories of childhood.

In Mother (Bicycle), harshly contrasted against a desolate Australian landscape, a young Aboriginal woman invites us in. Melancholic, she stands locked in to a moment, neither moving forward nor looking back. In this way, Bicycle speaks to the universality of the relationship between mother and child, and the impact of political power on those relationships.

Mother (Bicycle) was photographed in 2015, and launched at Art Basel Hong Kong in 2016. 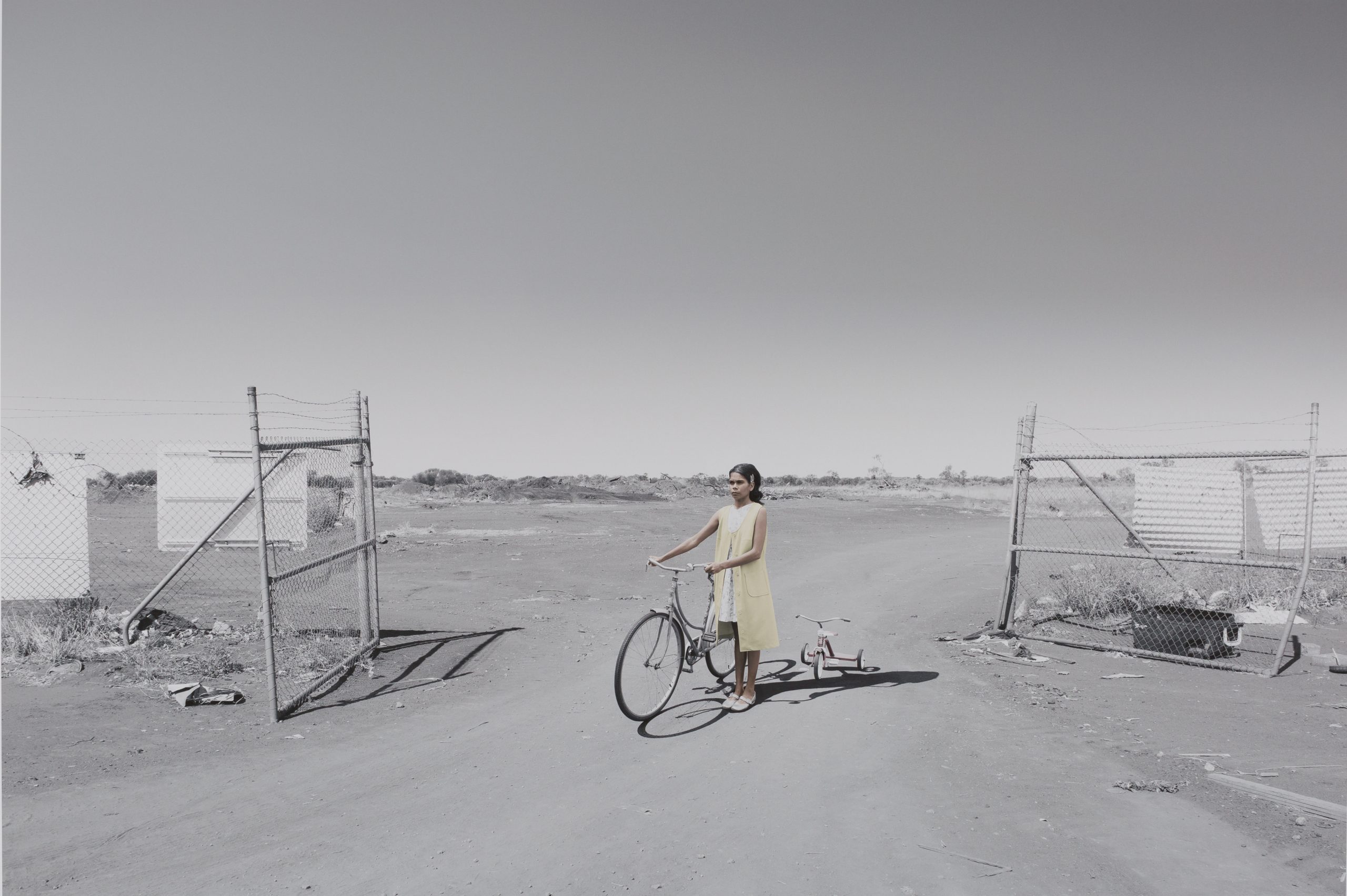