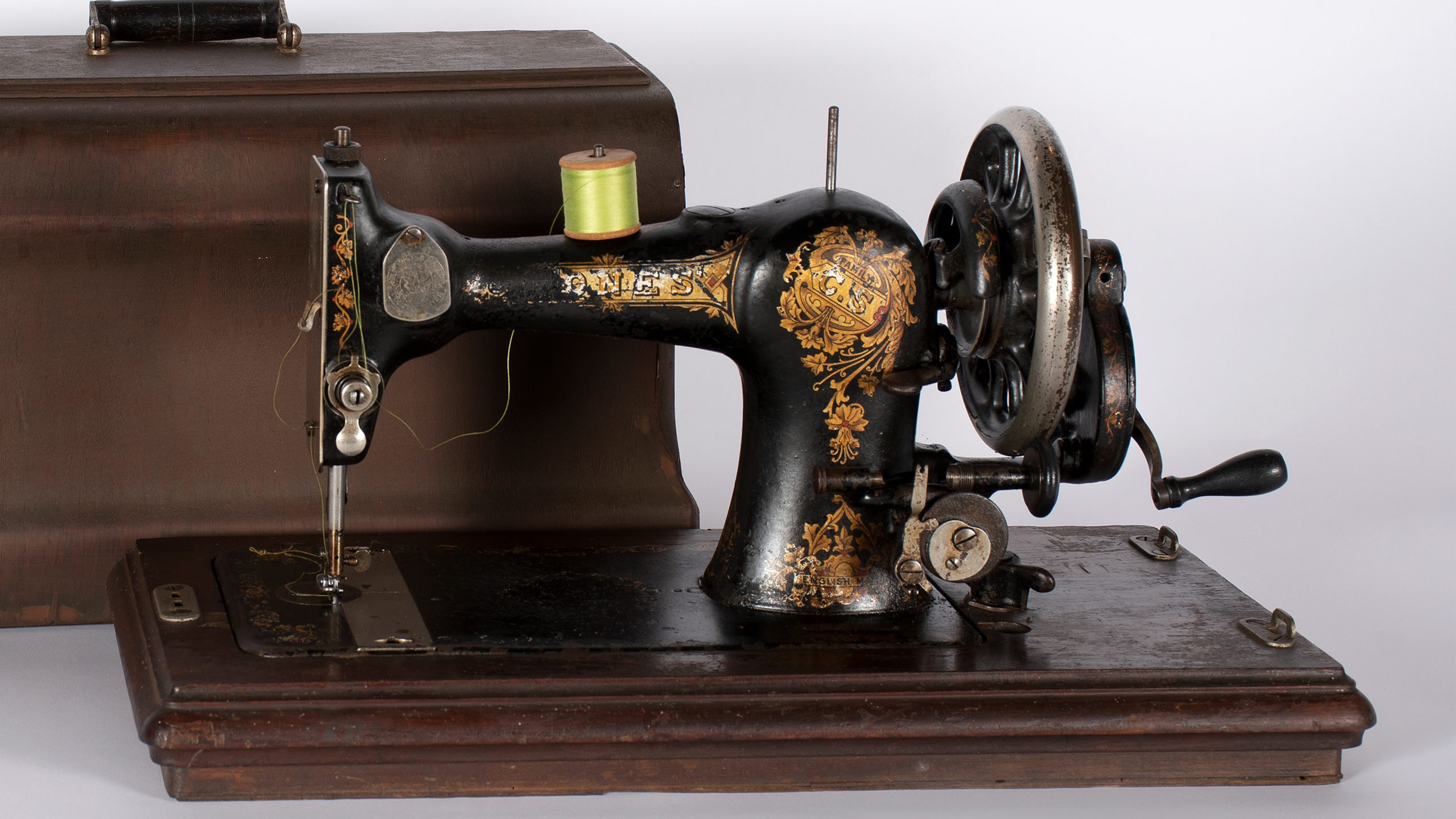 You see some of them get up there now and they’ve got holes in their jeans! Argh. —Zeta Burns

For this yodelling cowgirl, it’s no secret that looking her best on stage is almost as important as sounding good. Zeta recalls a teacher’s advice to, “Always dress the part, always dress nicely. Even if you get up there and you can’t sing, they’ll remember you for your dress. They might say, good god, she was a dreadful singer, but geez she looked nice!”

As Zeta Burn’s (1930-) career started to bloom, her talent on stage was matched by her skills in designing her own costumes, with this trusty Jones hand-operated sewing machine, purchased in 1949 for 6 pounds–a small investment in what became a big career for Zeta as a country music star.

Along with her guitar, the heavy sewing machine went on tour with her for the Lester Follies Show, where she once found herself at a table in an open paddock repairing the walls of the damaged Big Top that was their stage for the evening.

The show went on, and Zeta continued to appear alongside top artists like Dusty Rankin, Monty Fayne, Ron Peters and Joan Rideway. Her star power was officially recognised in 2015 with her induction into the Country Music Hands of Fame in Tamworth. 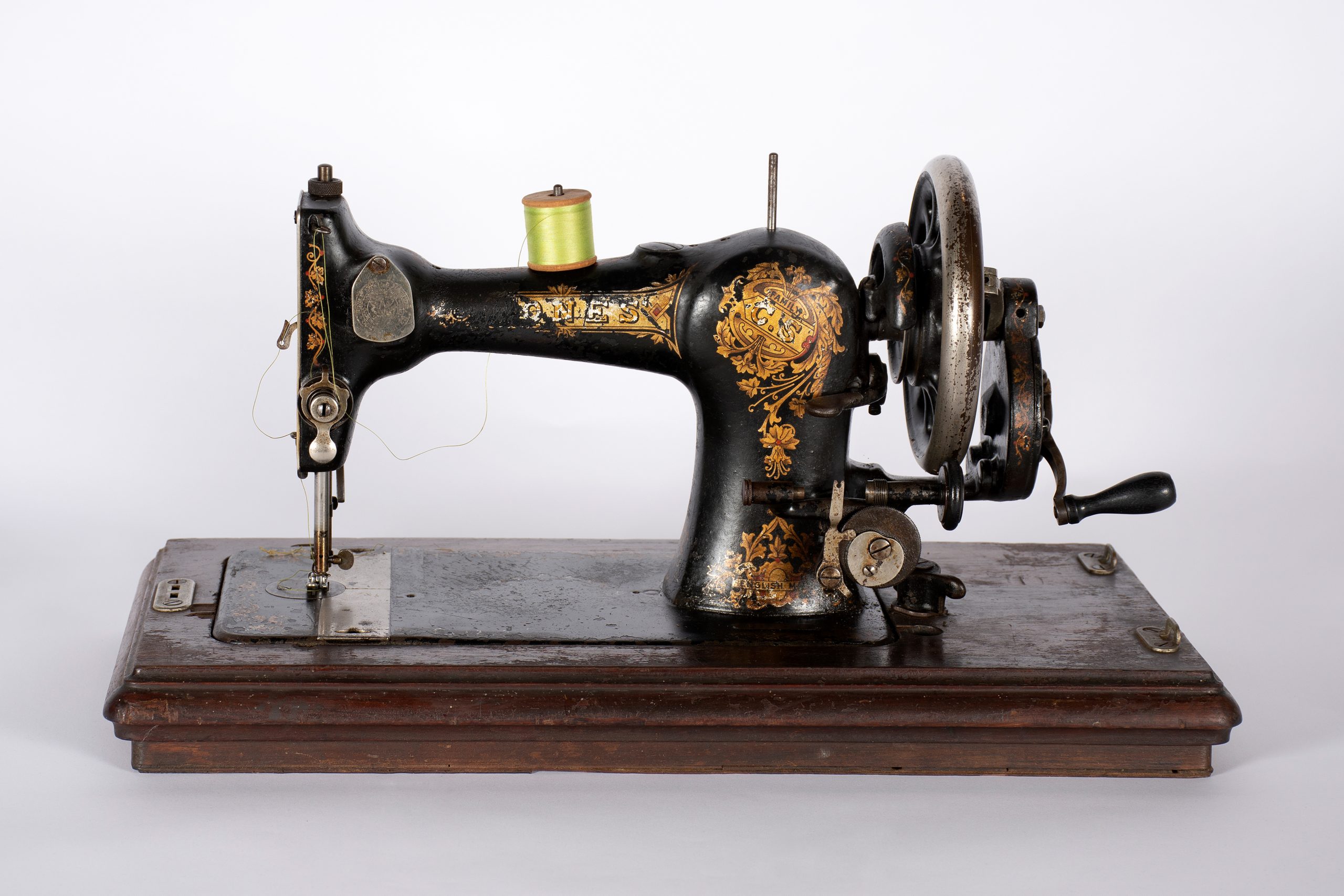 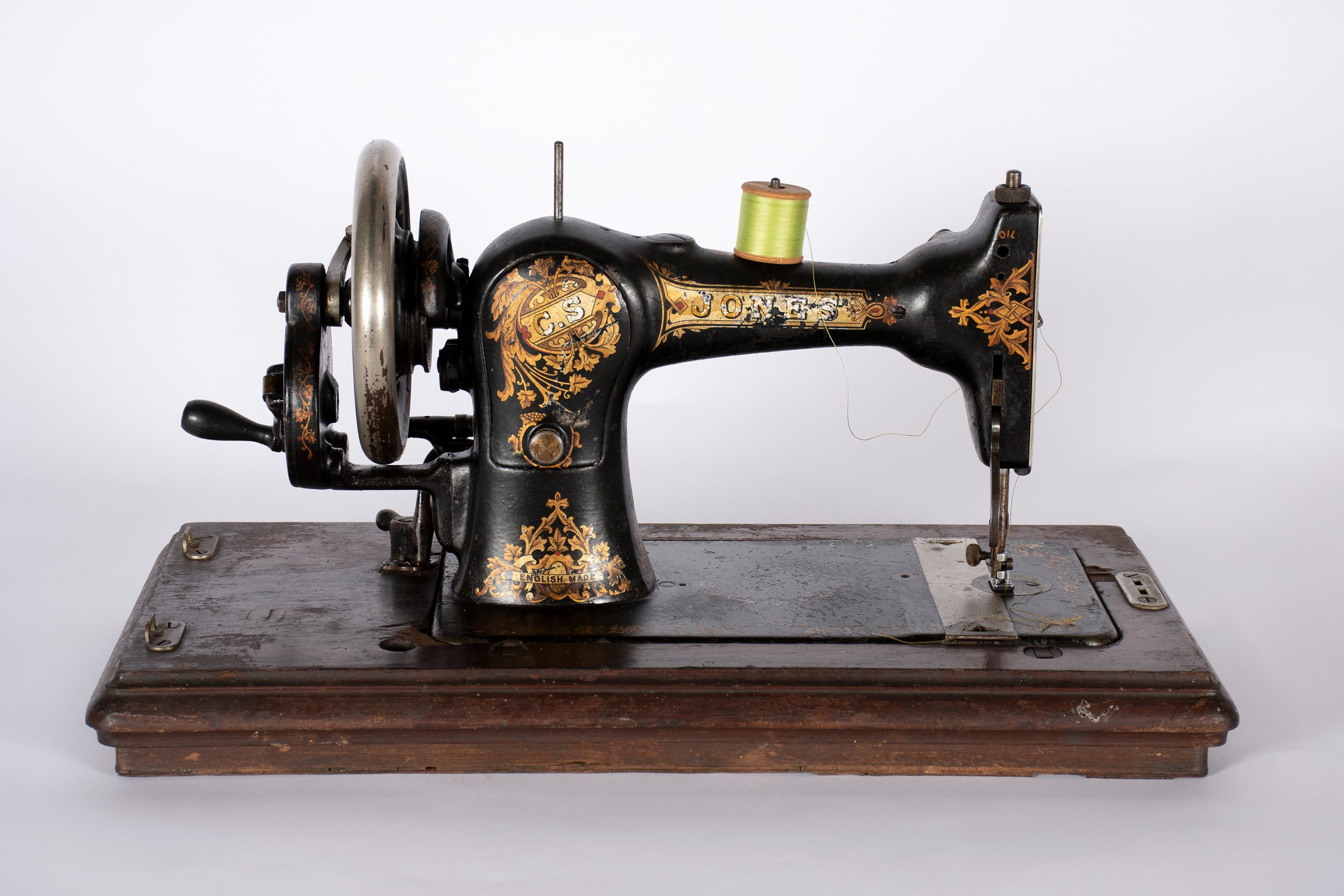 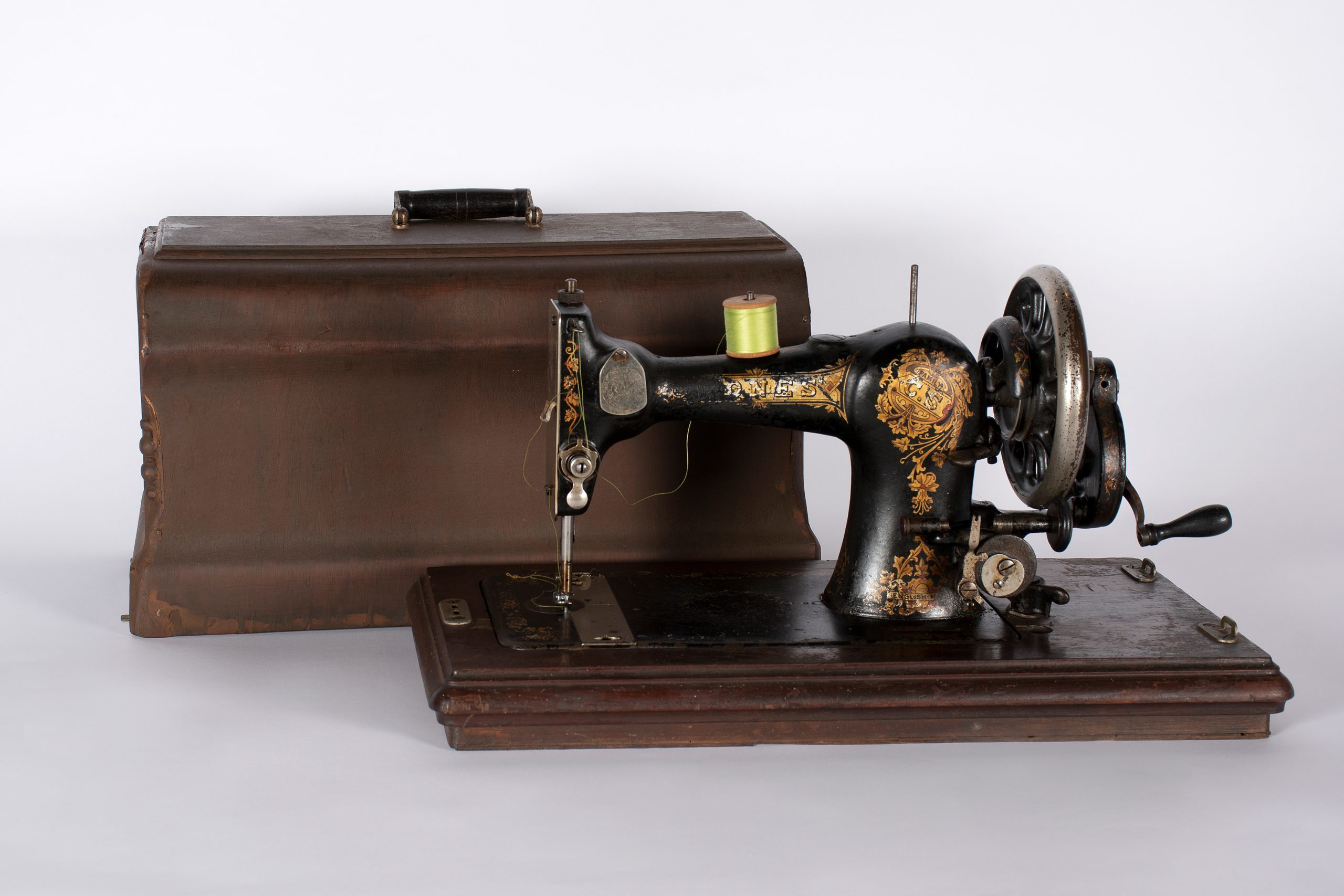 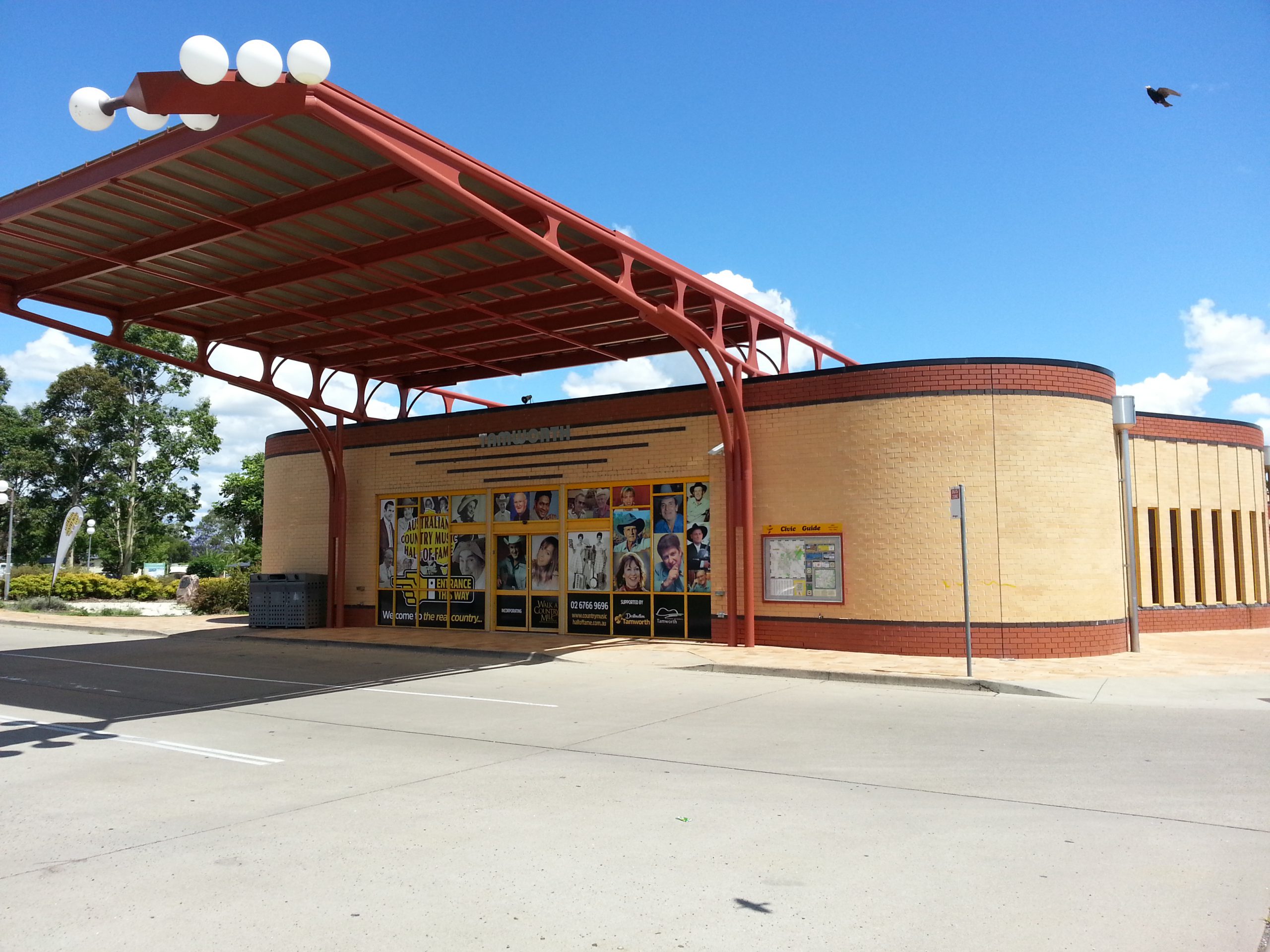