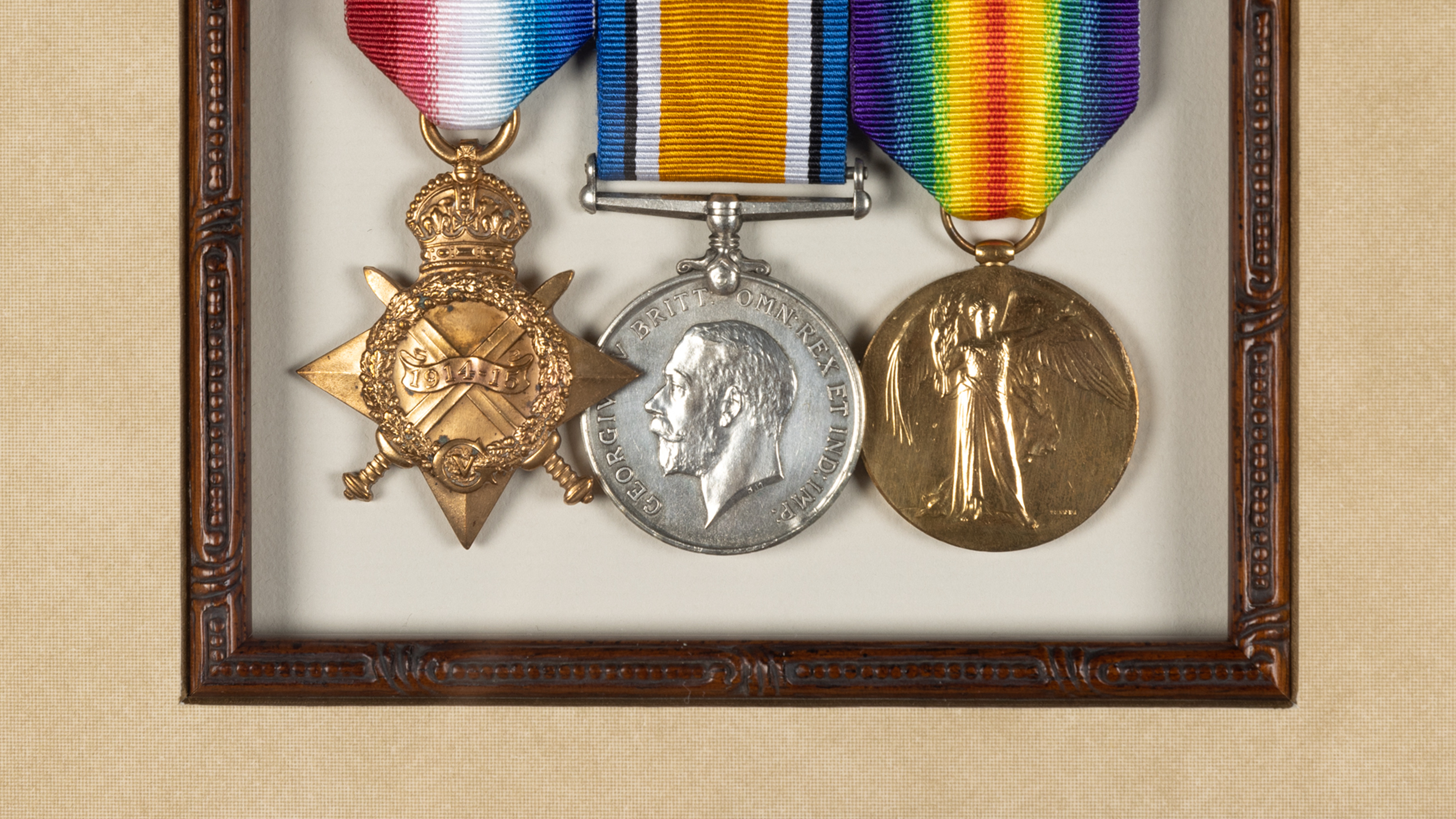 Issued by the hundreds of thousands, military medals can appear as cold, official relics of war. But these medals awarded to Corporal Harry Roland Paul Cradick (1884-1948), can be seen as symbols of three stages from his unique experience of World War I. When Harry enlisted at age 30, he lived with his family in Morpeth, where he worked as a clerk and his parents Thomas and Elizabeth ran the Royal Hotel between 1899 and 1911.

This 1914-15 Star (left) represents Harry’s service in the Gallipoli campaign, where in July 1915, his body was lacerated by shrapnel and he suffered gunshot wounds. From his hospital ship bed, he wrote to his mother, ‘…the back of my head and all down my left side to my ankle is one mass of wounds… It was one of the luckiest escapes possible.’

After a long hospitalisation in England, Harry was assigned to homeland military duties in 1916-7. But in May 1918, he was transferred with reinforcements to France, and with so many casualties, he was quickly promoted to the rank of Sergeant. This ongoing service in theatres of war between 1914 and 1918 is reflected in Harry’s Victory Medal (right).

Back in Sydney in early 1919, Harry was discharged from active service due to being medically unfit. The British War Medal (centre) recognises service between 1914 and 1920, and in Cradick’s case, seems to represent the determination he showed by returning to Europe in 1919, to assist on canteen staff during post-war military activities. 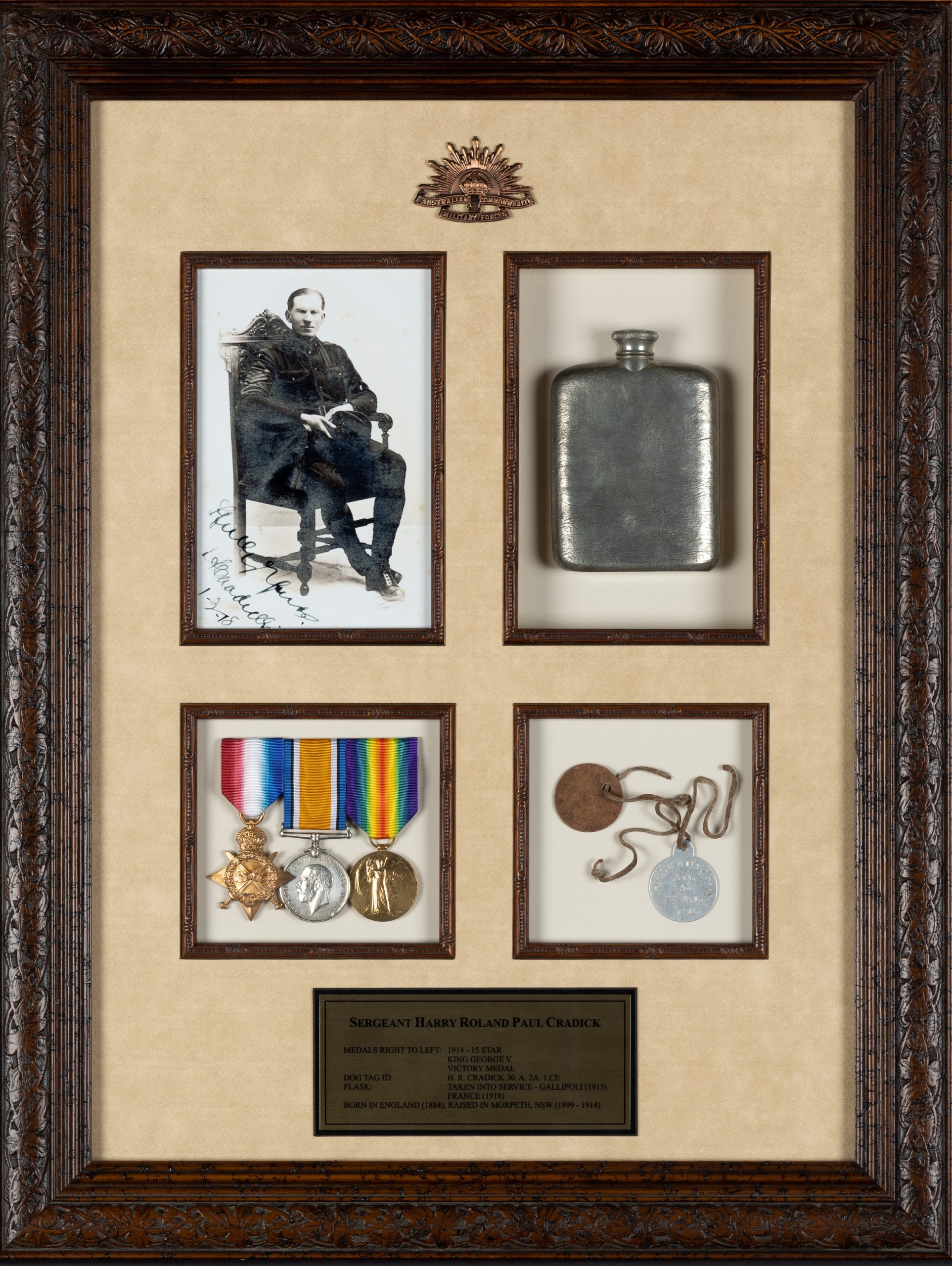 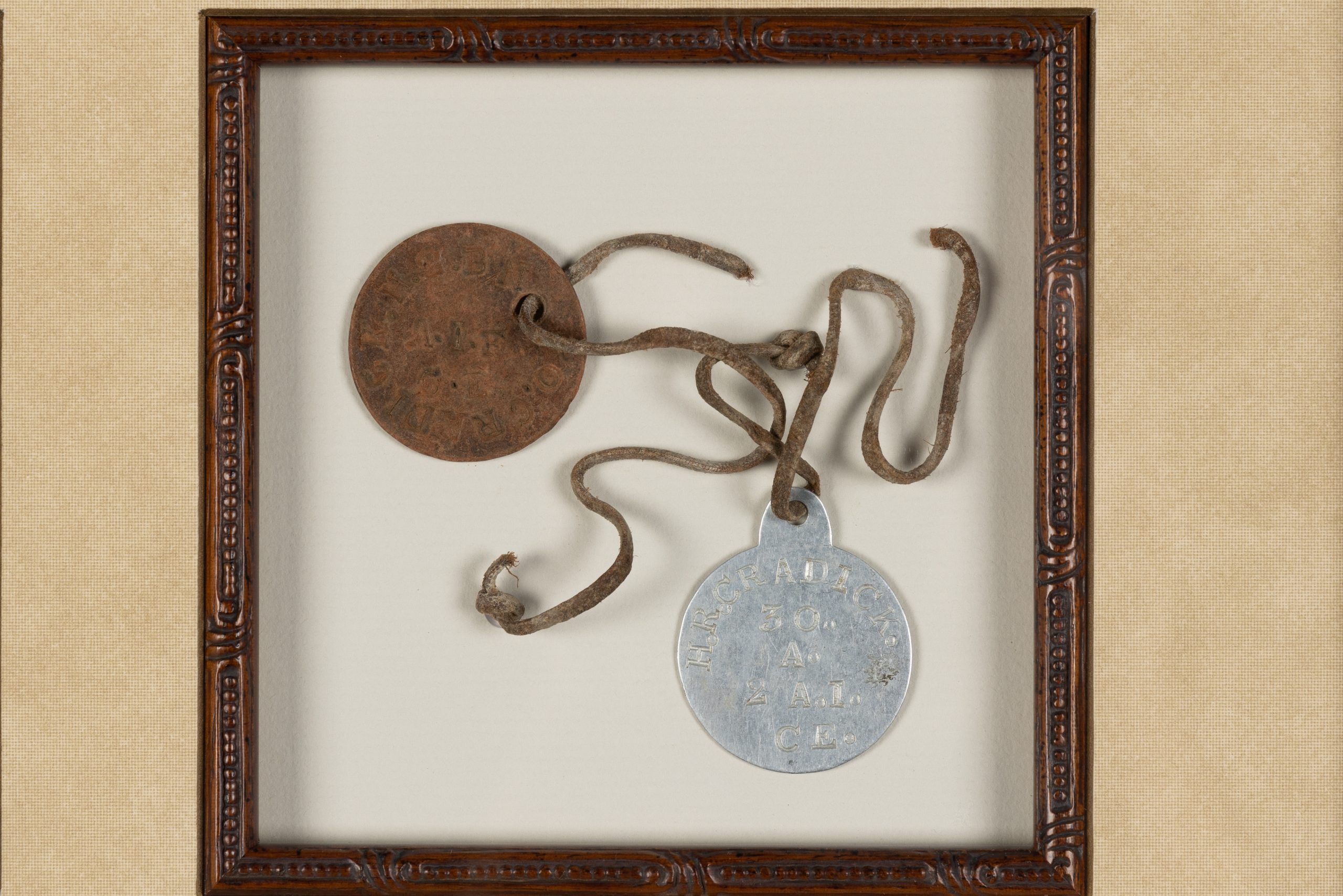 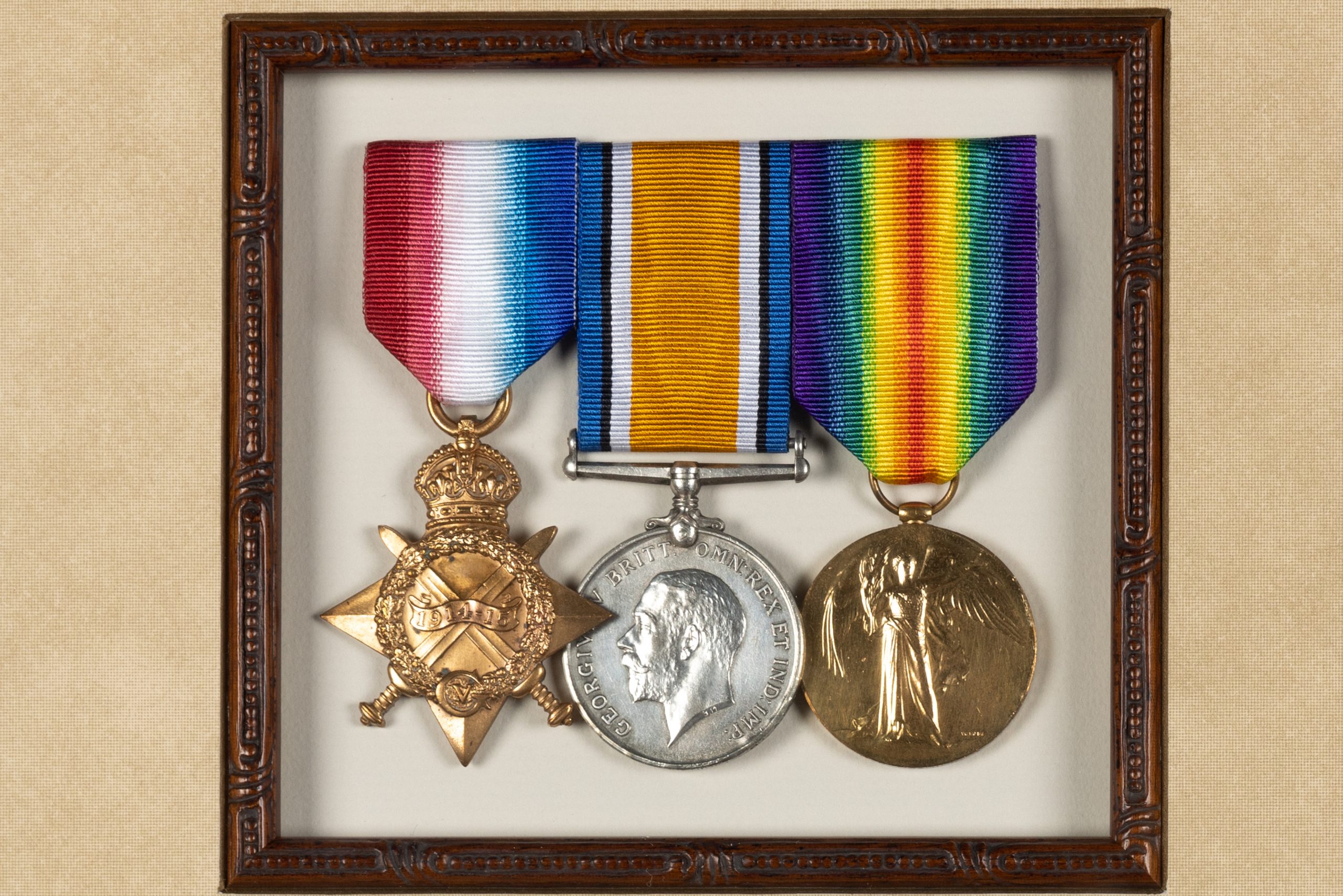 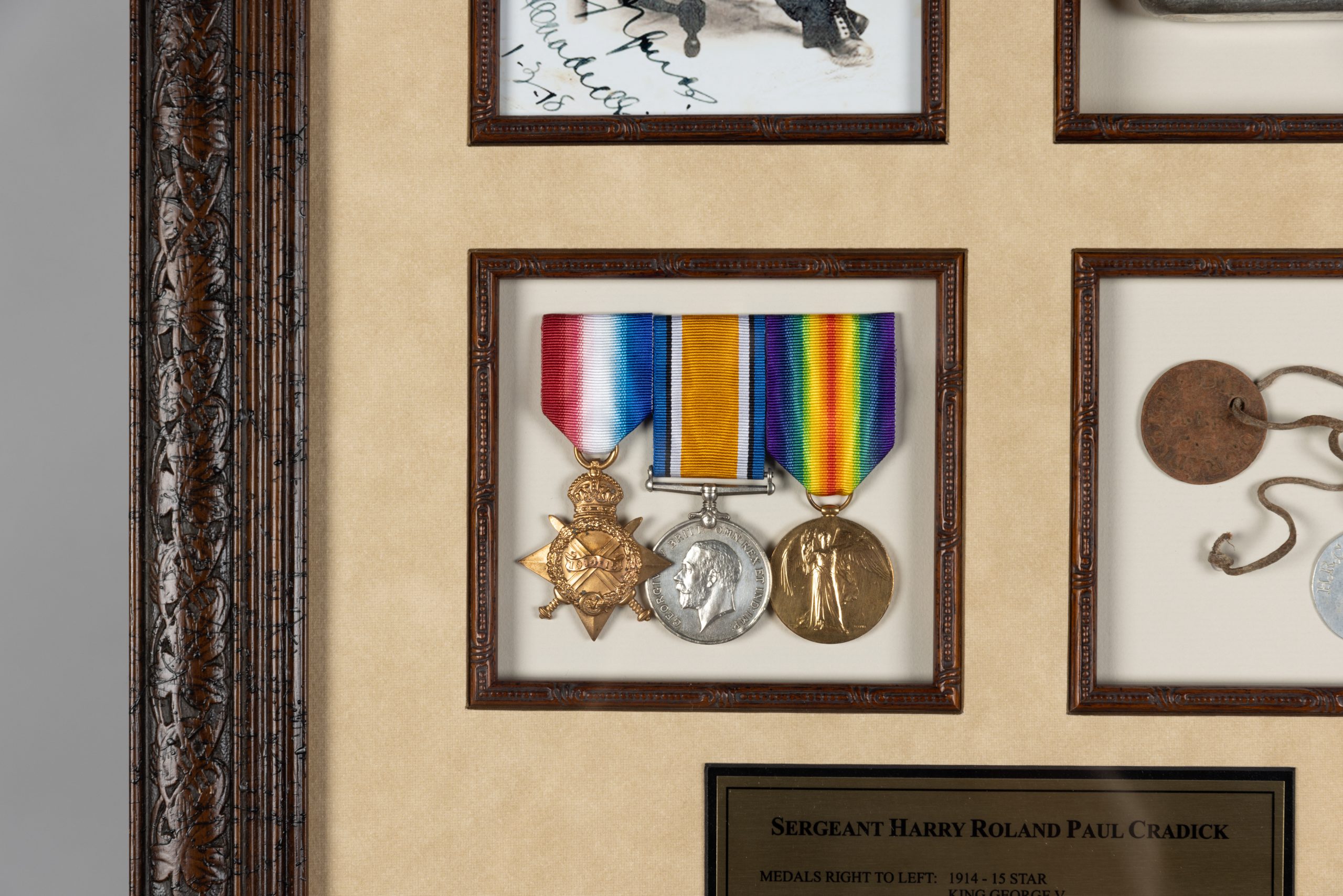 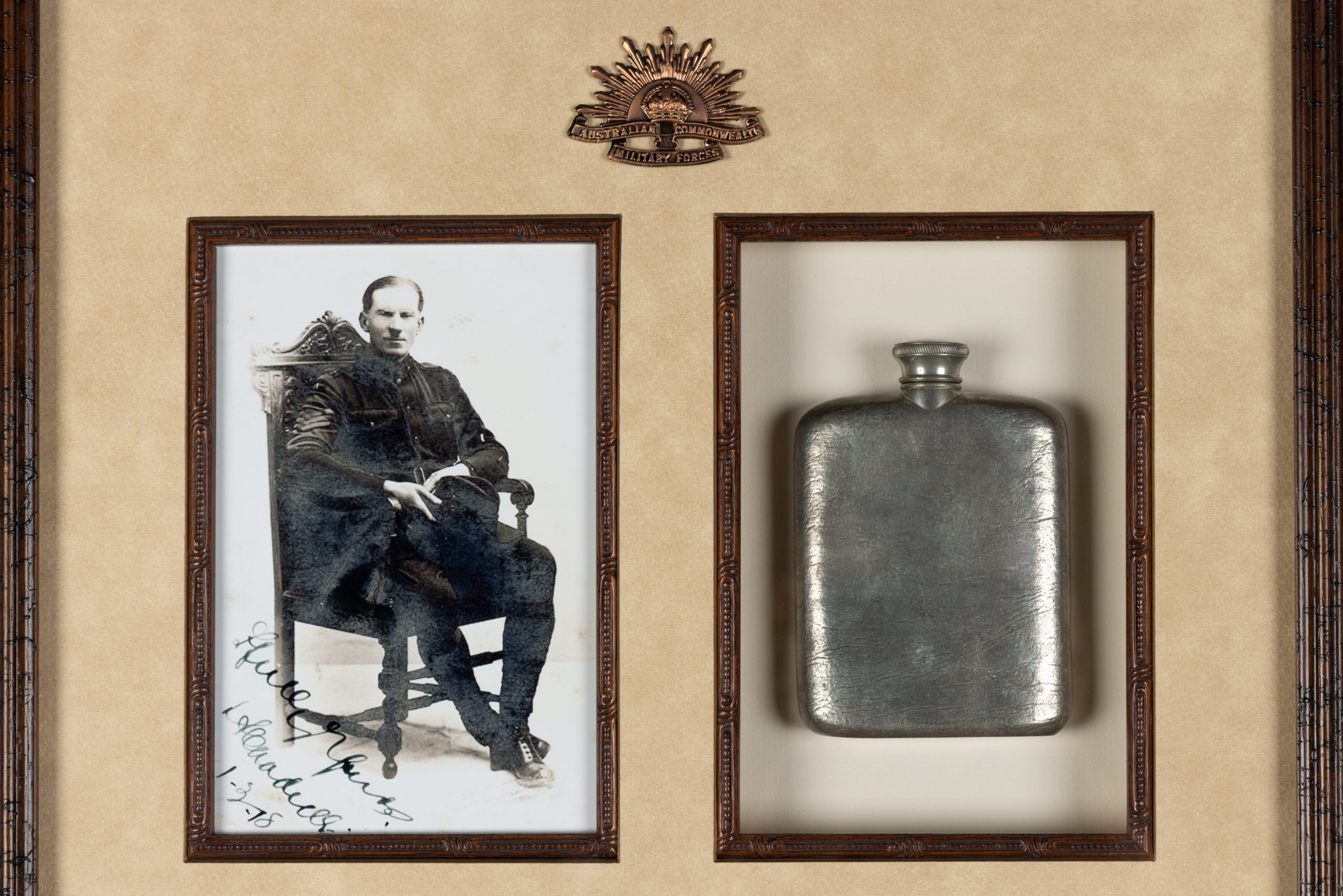 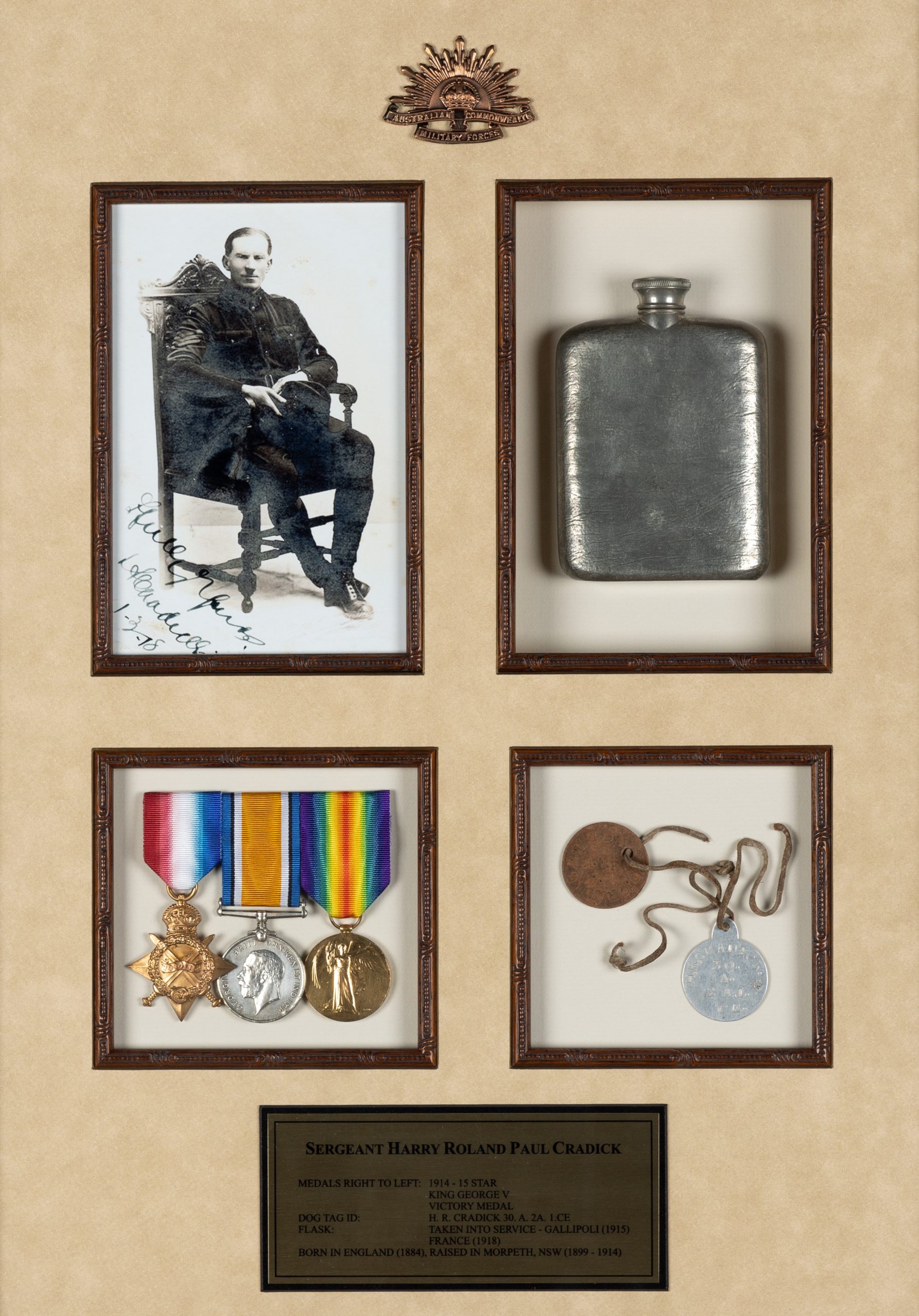 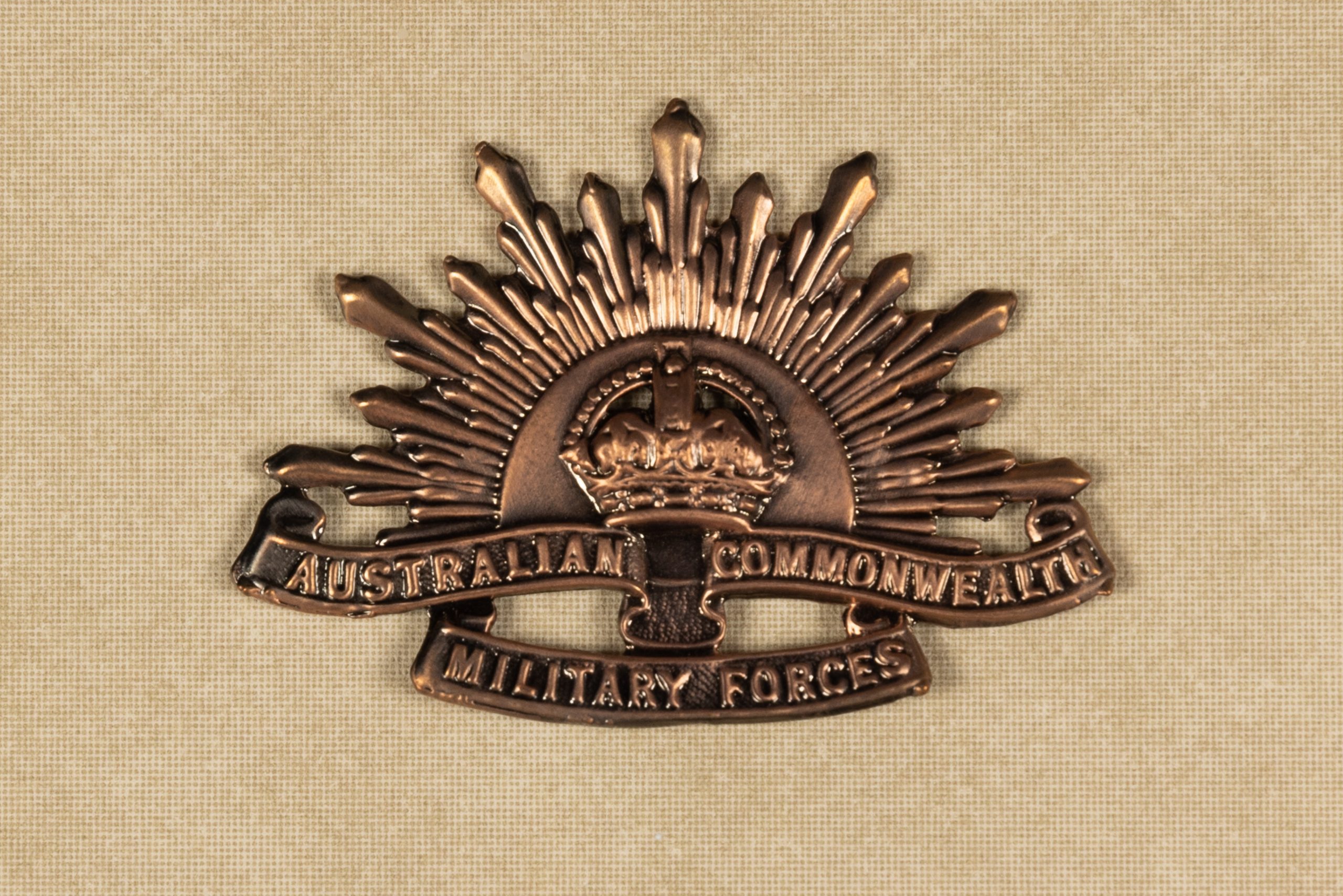 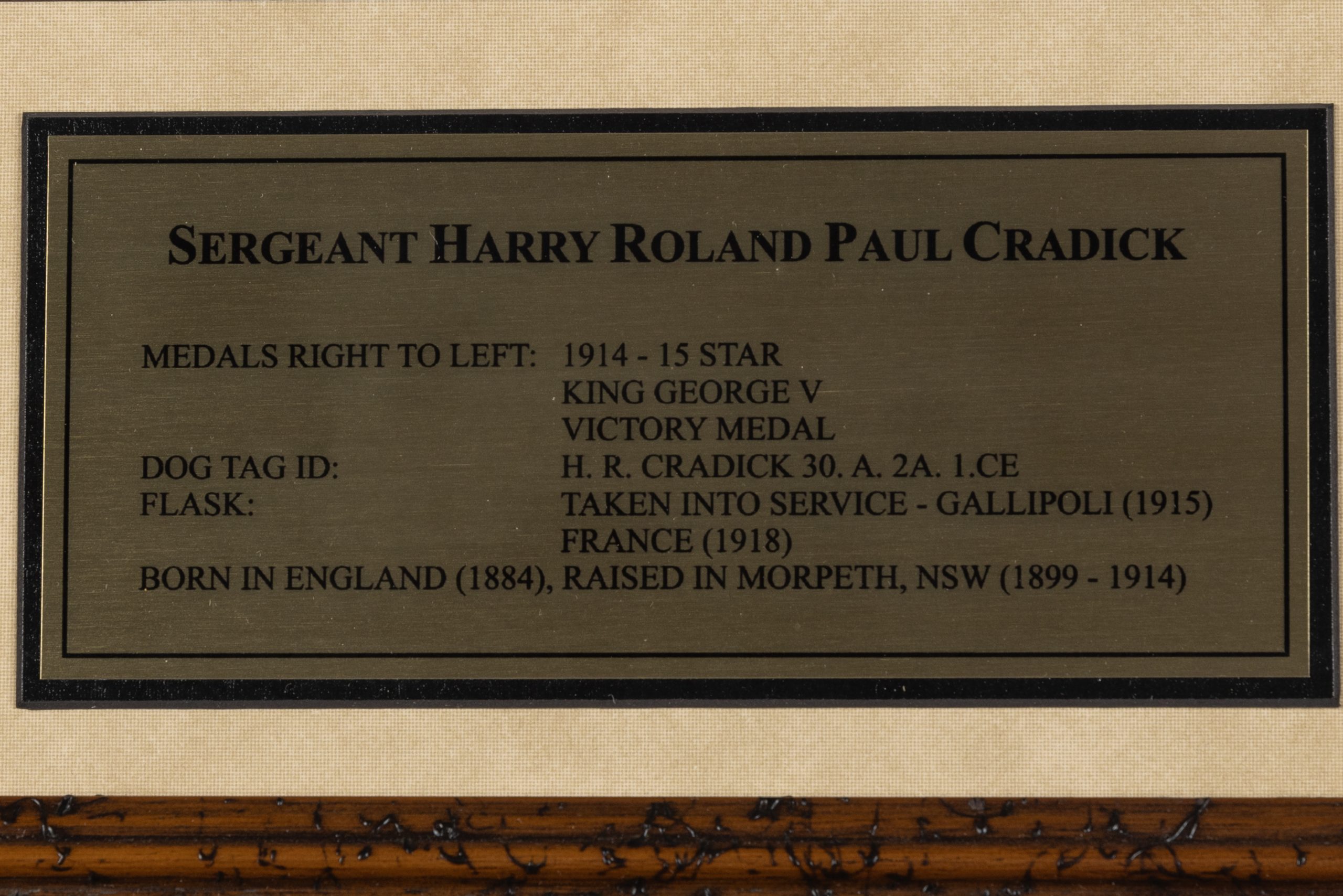