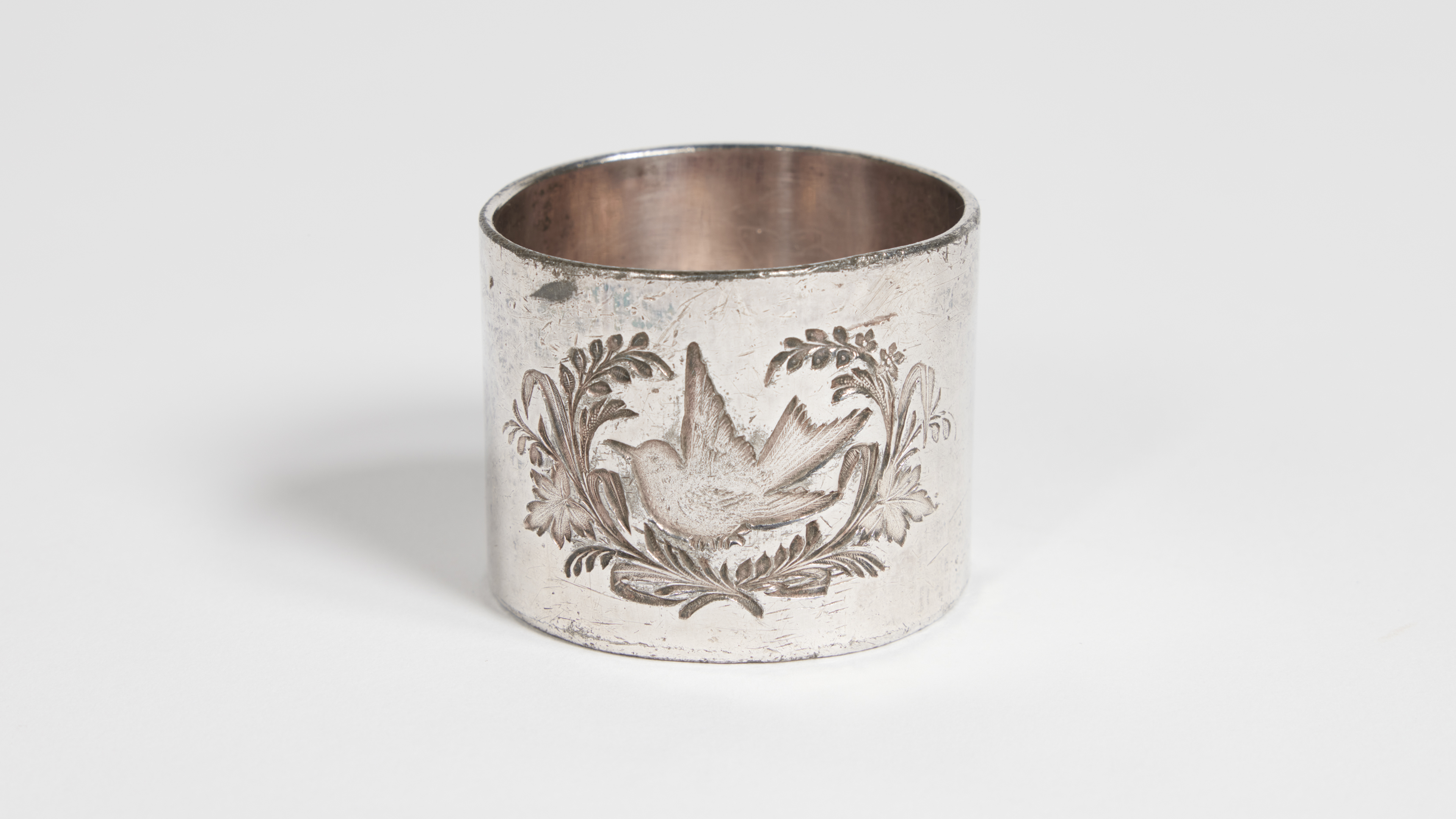 These napkin rings belonged to the Wilson family of Berry.  James C Wilson (1834-1901) emigrated to Australia in 1857 and found work on the Berry Estate, before co-founding Wilson and Co. Store, establishing other business interests that included coal mining, and becoming Berry’s first Mayor.  Around 1880, with wife Robina nee Tait (1849-1918), the Wilsons built the grand ‘Glenworth’ home and model farm.  Hallmarks on two of these rings date them to this period, when the Wilson family was furnishing a stately new residence and had the wealth to do so.

Napkin rings originated around 1800, simply for hygiene. Most households washed linens only once a week, and in between washes rings designated each individual’s napkin. Rings were not used when entertaining, because this would imply to a guest that their napkin was unclean!

In the late Victorian period (1837-1901), wealthier classes adopted napkin rings as a novelty, favouring rings of fine silver or silver plate. Ring styles became elaborate and whimsical, and some rings were decorated with animal figures.

Looking closely at the ring with a bird motif pictured here you might notice that a piece has detached, leaving behind small marks. This ring was originally mounted on a miniature horse and wagon with movable wheels, which must have delighted any children that sat at the Wilson’s dinner table.

‘James’ was a well-used Wilson family name. James C Wilson’s father, and later his son, grandson and great-grandson were all named James Wilson.  Having so many James Wilsons in the family may account for three of the rings being inscribed with ‘JW’.  The ring with a belt buckle motif ⎯ symbolising love and fidelity ⎯ may have commemorated a Wilson marriage.

These tablewares were trappings not only of financial success but of family life. They were passed down through generations of the Wilson family, as mementoes of meals shared together. 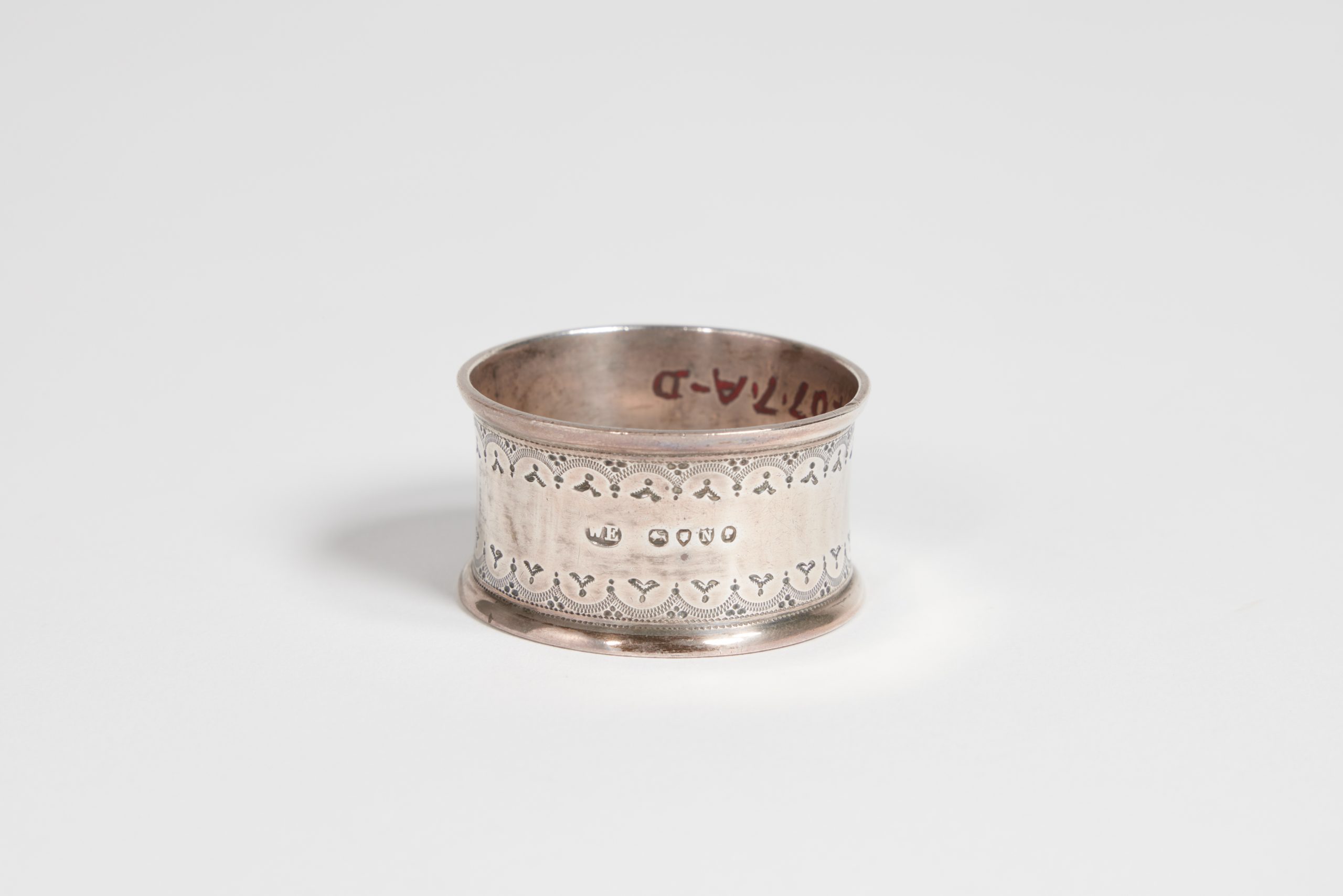 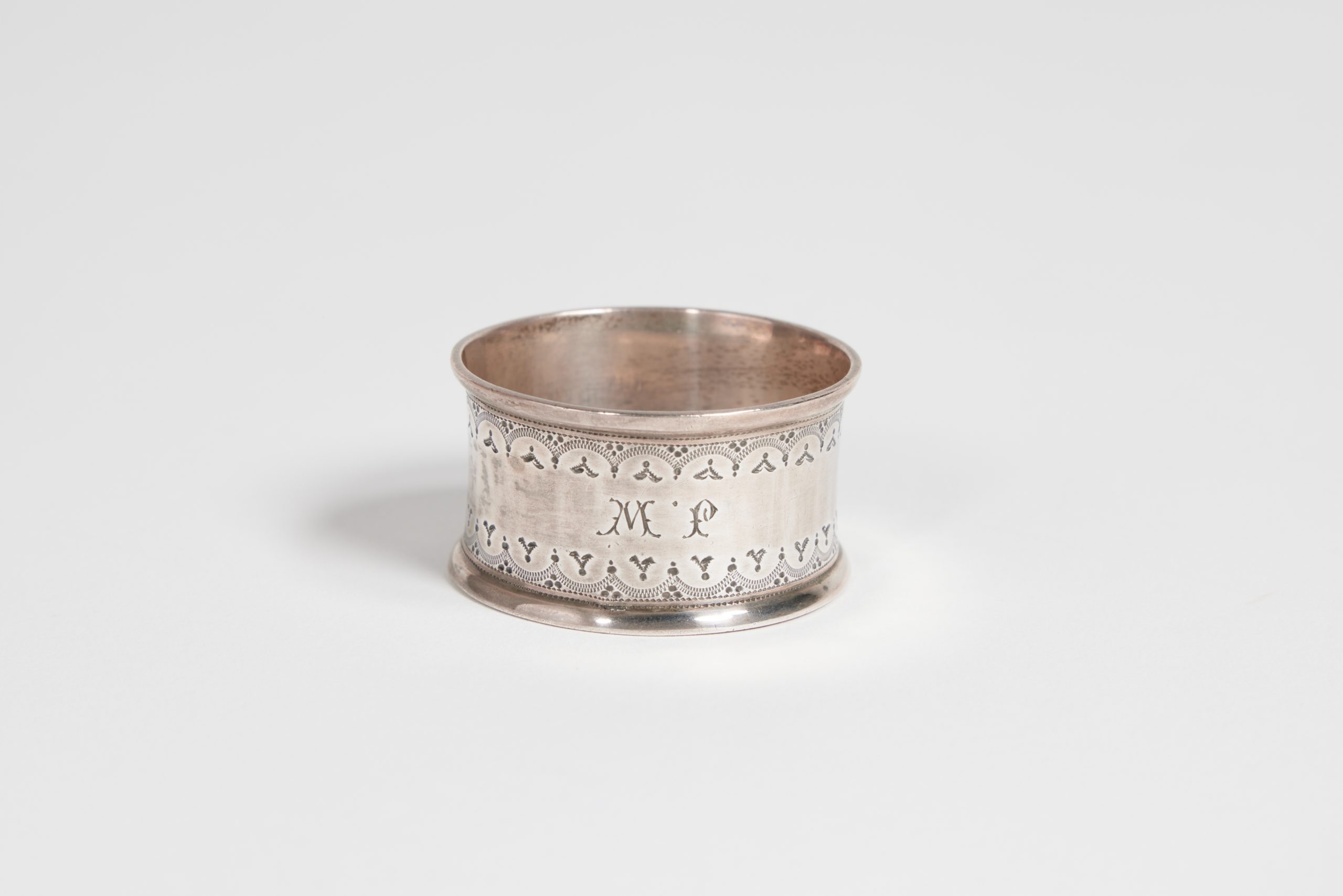 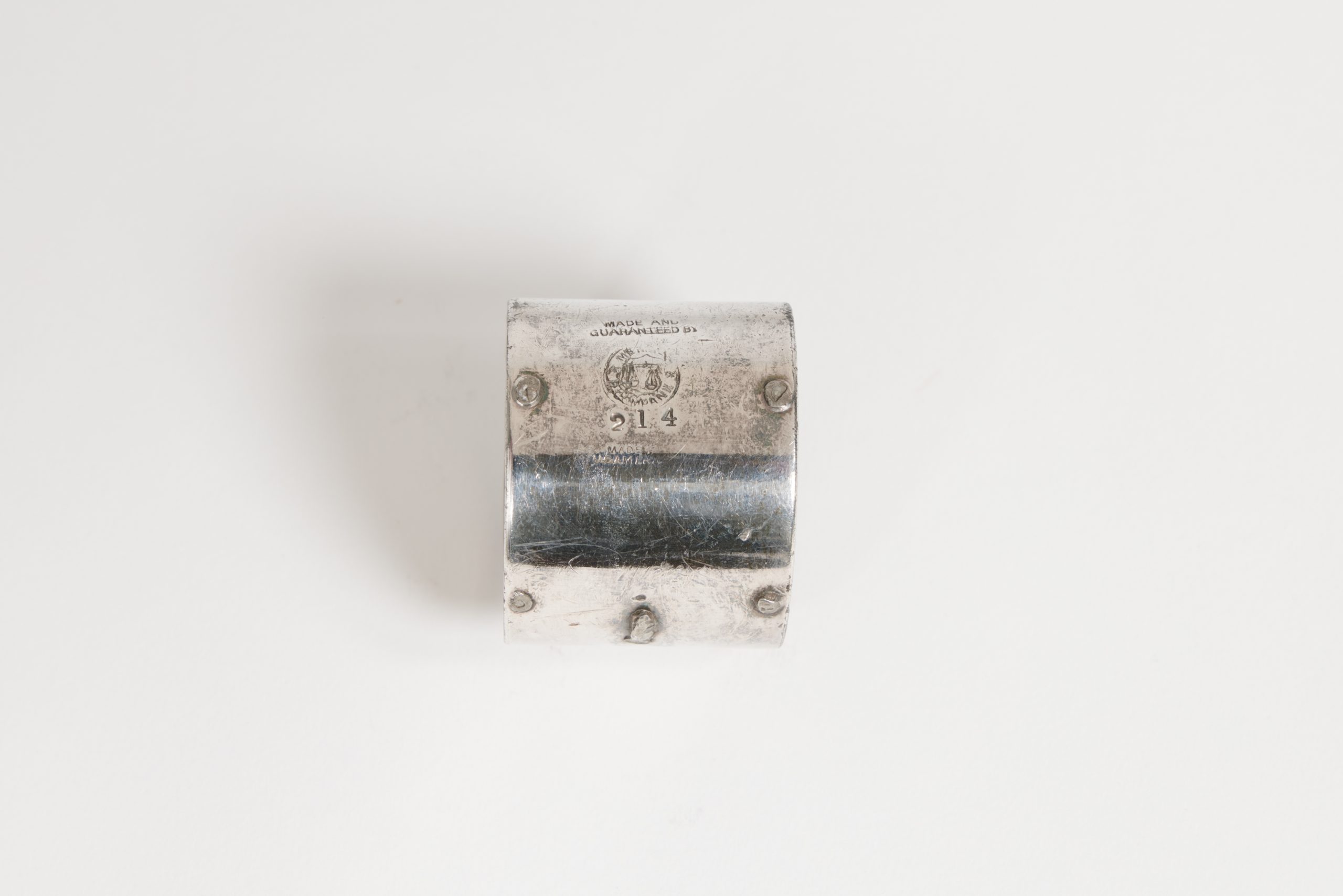 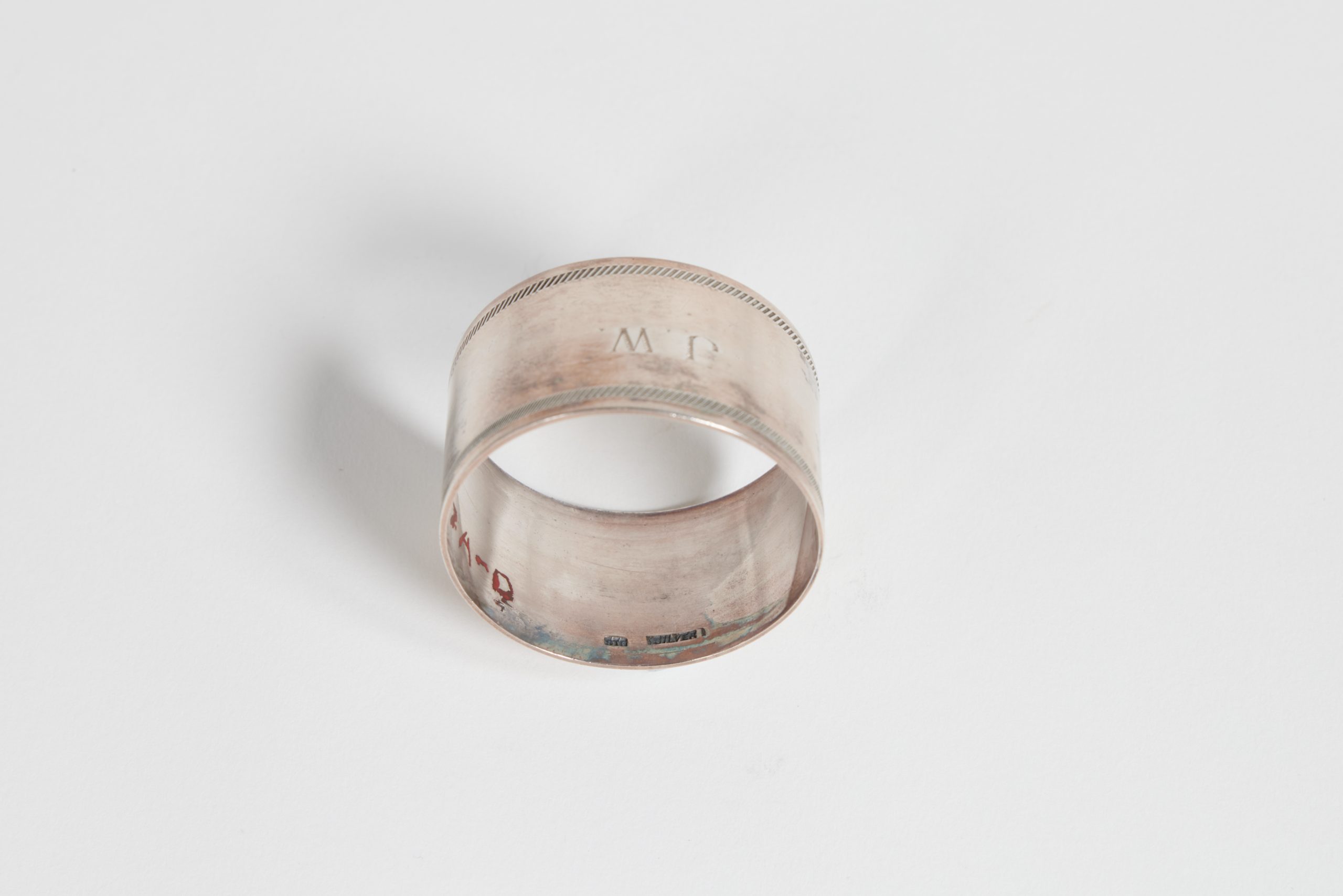 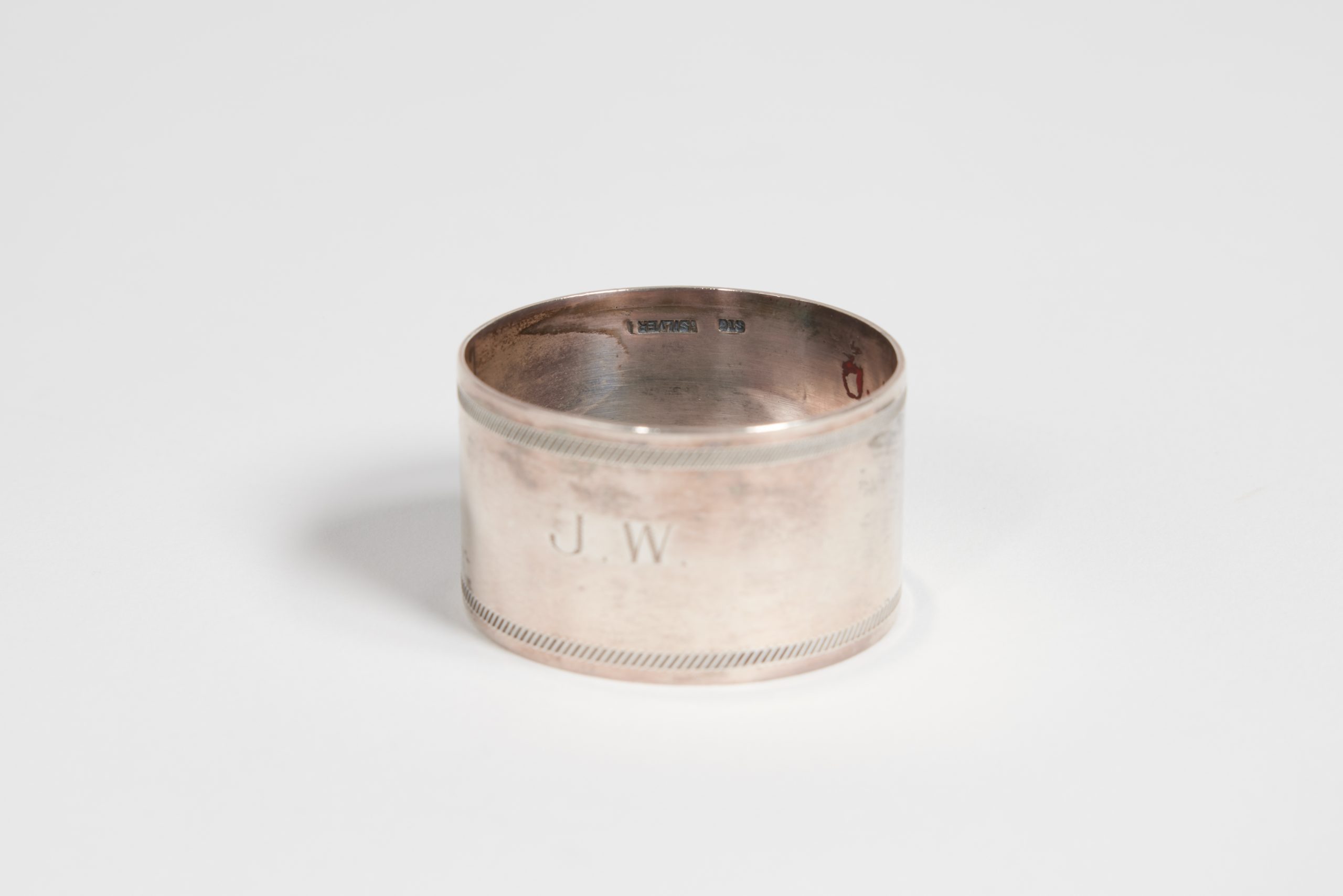 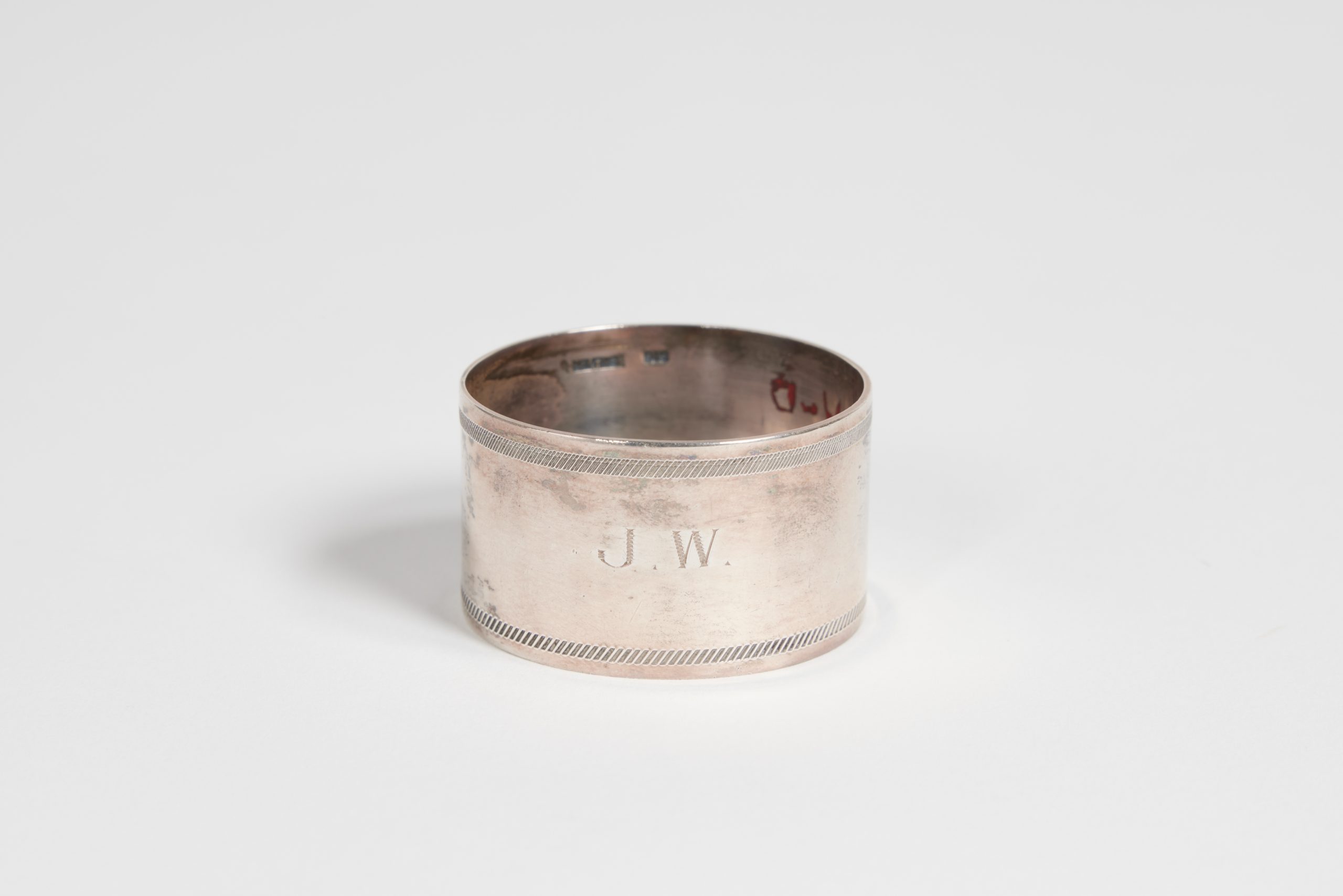 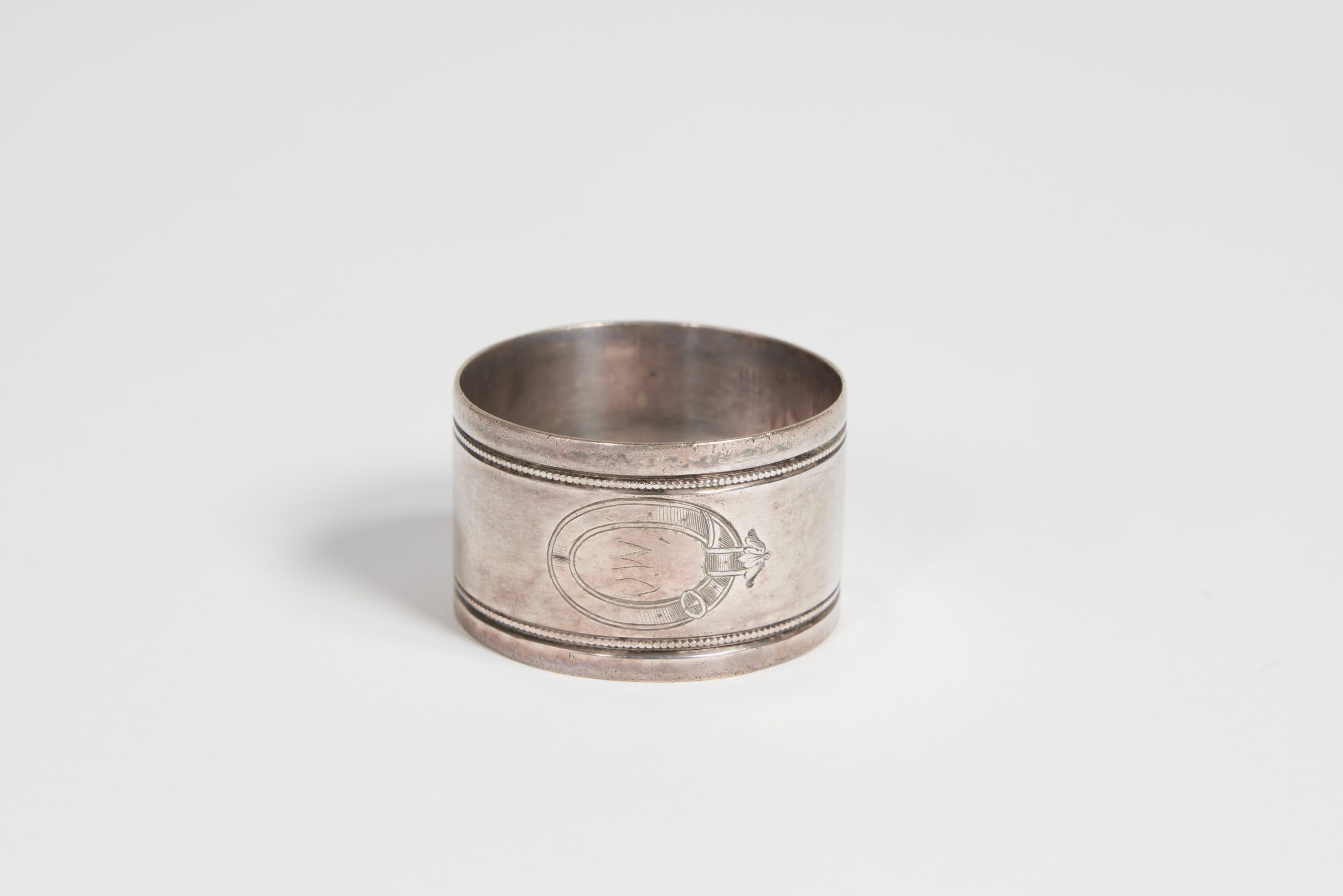