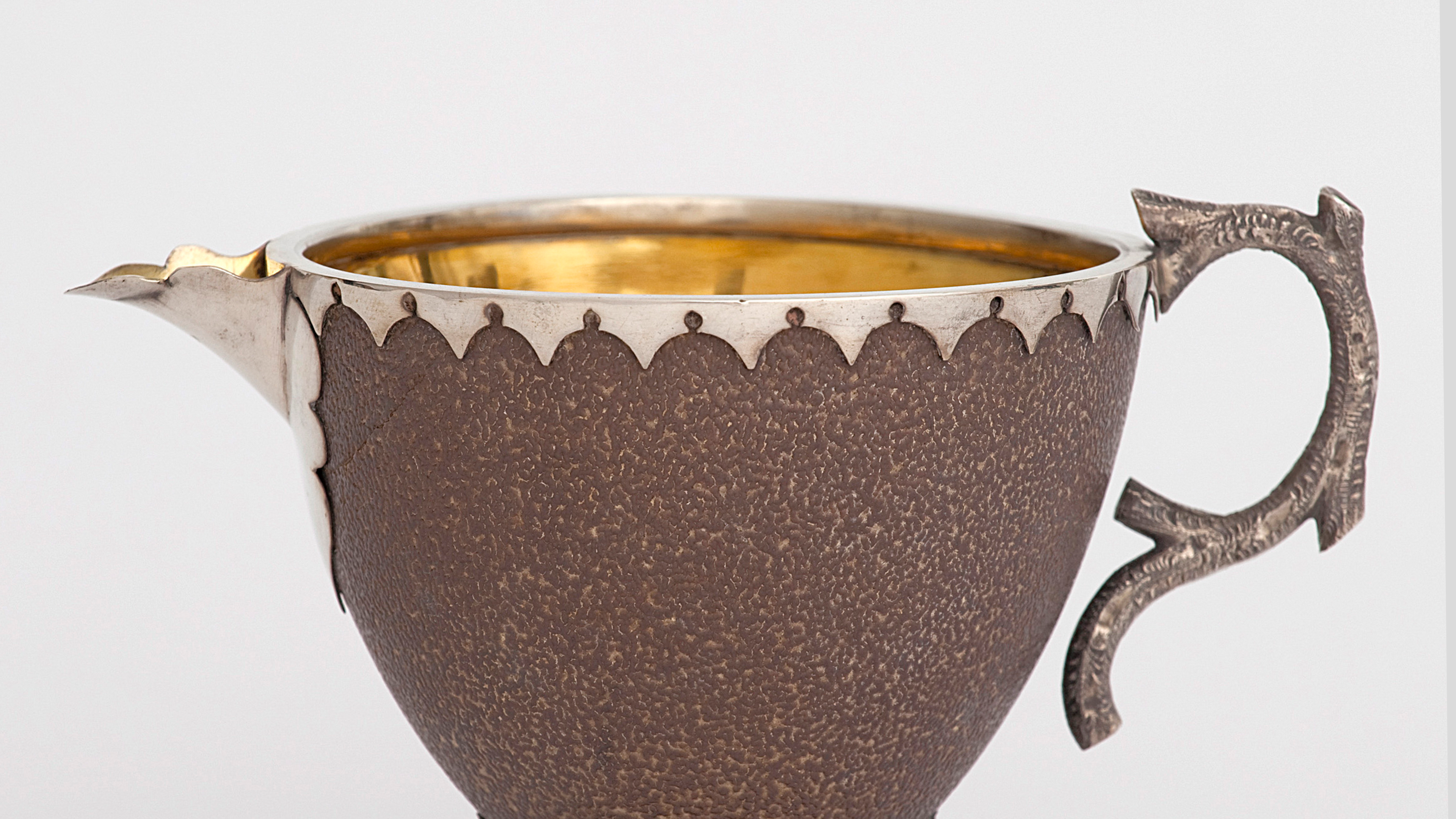 Two emu eggs to make a ‘bachelor tea set’ – one for the teapot, one half for the sugar bowl and the other for the cream jug. Was the cream jug ever used? It’s not likely.

The fashion for goblets and cups made from silver mounted emu eggs reached its height in the second half of the nineteenth century, but most were too fragile for ordinary use. They were presentation items, given as tokens of respect and regard.

The dark green, speckled surface of the emu egg set up a pleasing contrast against bright silver decorations, which were modelled on native Australian flora and fauna. The cream jug is no exception – it rests on three emu feet and a fan of emu feathers, and its handle is a twisted branch.

Its creator, the Sydney silversmith Evan Jones, exhibited this jug, with its matching teapot and sugar bowl, at the Colonial and Indian Exhibition in London in 1886 as ‘a highly artistic tete-à-tete tea service made of emu eggs with silver mounts’. The set is now separated: the teapot, with its emu head spout, is with the Museum of Applied Arts and Sciences, the creamer with Tamworth Regional Gallery, while the sugar bowl’s whereabouts is unknown. 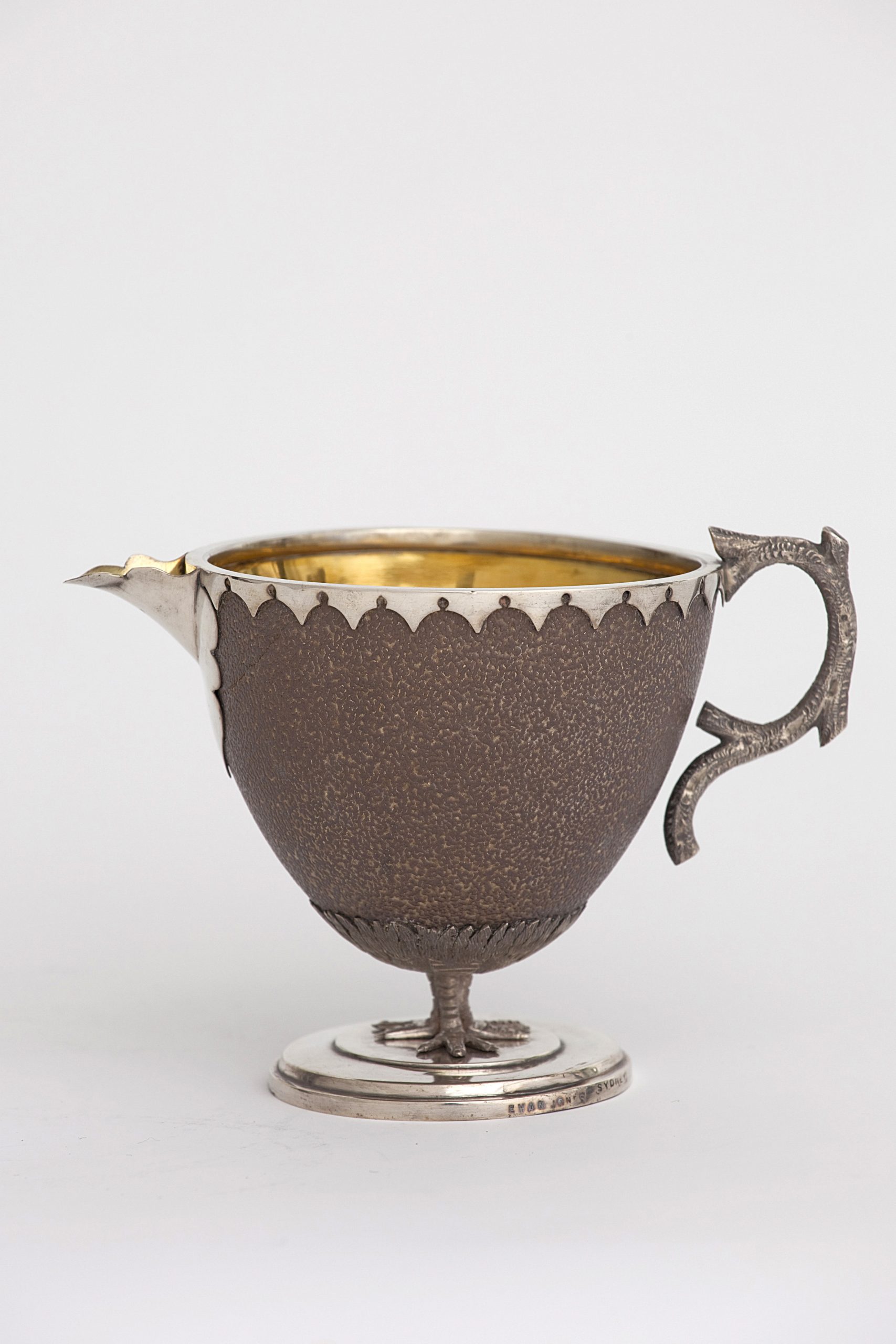 Cream jug, formed by half an emu egg, gilt lined with a shaped rim overlap, rustic handle, on a silver circular foot and stem formed by three clustered emu legs and feet. Possibly ‘en suite’ with a teapot of similar form, held in MAAS collection, Sydney.