An English Bottle Made for a Morpeth Merchant

While the clay was still wet, a potter carefully impressed a stamp with the words ‘JAMES TAYLOR / MORPETH’ into the medallion on the collar of this two-gallon (3.8 litre) stoneware bottle. It was probably just one in a large batch of identical bottles that were fired in the kilns that day.

The bottle was made in the late 1850s, at James Kilburn’s ‘Greta’ pottery (c. 1857-1879) in Burton-in-Lonsdale, Yorkshire, England. Along with others like it, the bottle had an incredibly long journey to make – packed in crates, carted, carried by train to Liverpool port, hauled onto a ship to spend months at sea, offloaded in Sydney, then carried on a steam ship to the Hunter River.

At Morpeth wharf, this bottle was met by the man whose name it carried – James Taylor (1815-1875). Not only was he the shipping agent for the Hunter River Steam Navigation Company, Taylor was also a licensed spirit importer and merchant.

But for others wanting smaller quantities of liquor, Taylor probably decanted spirits into his named bottles. His mark ensured that the customers always knew where their drinks came from and encouraged them to return for a refill.

This well-travelled bottle is testament to Taylor’s bold business judgement and success as a liquor merchant at Morpeth. 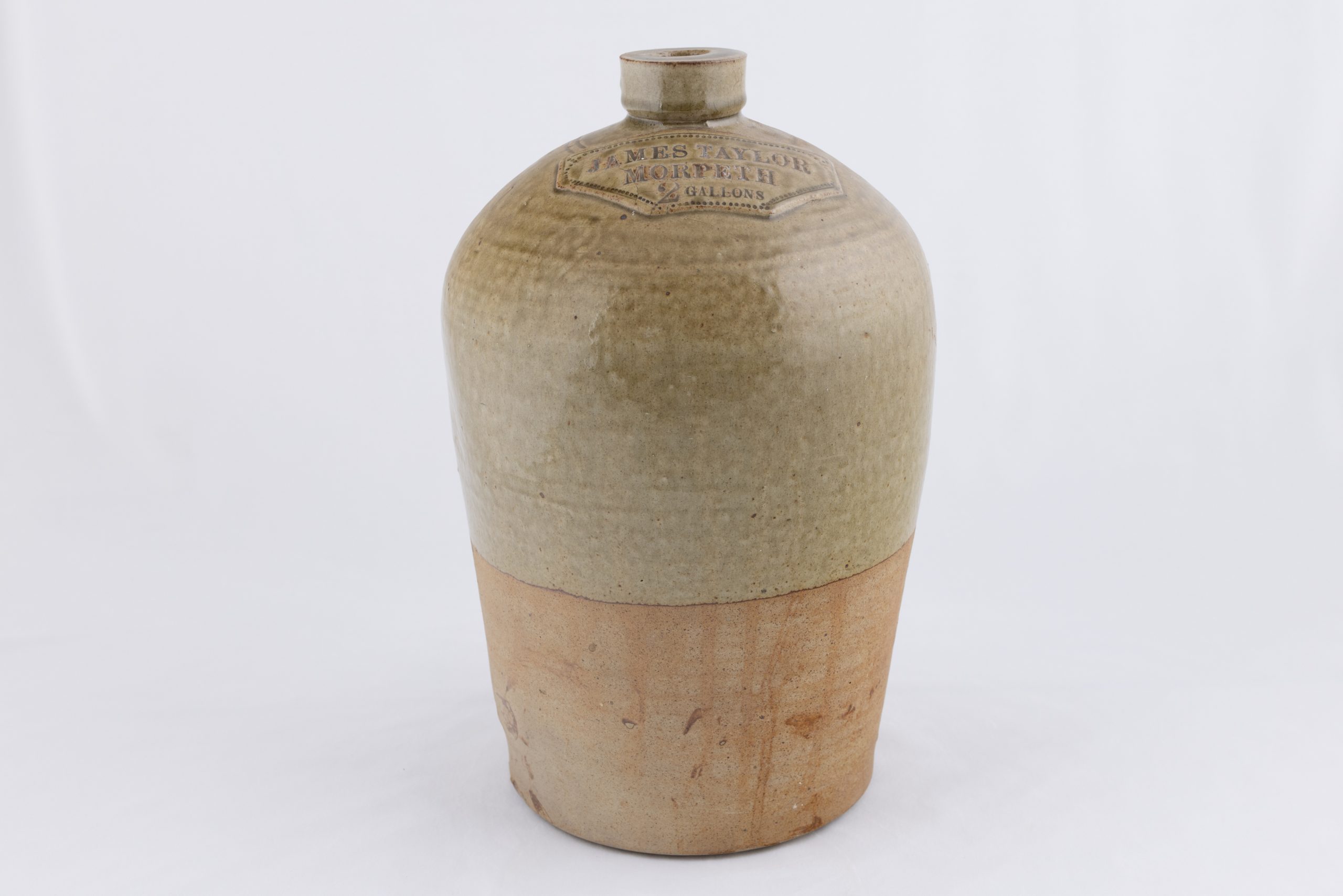 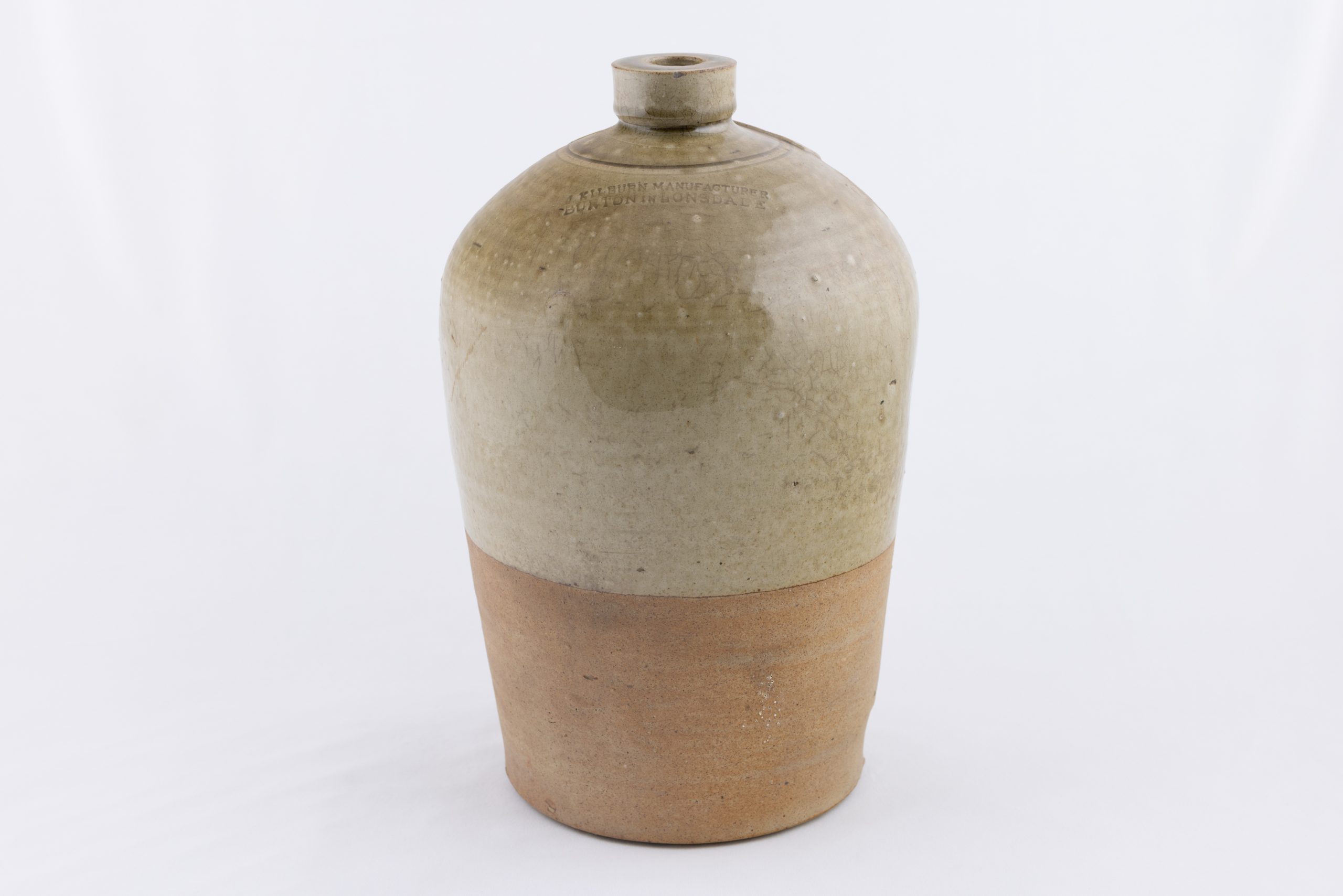 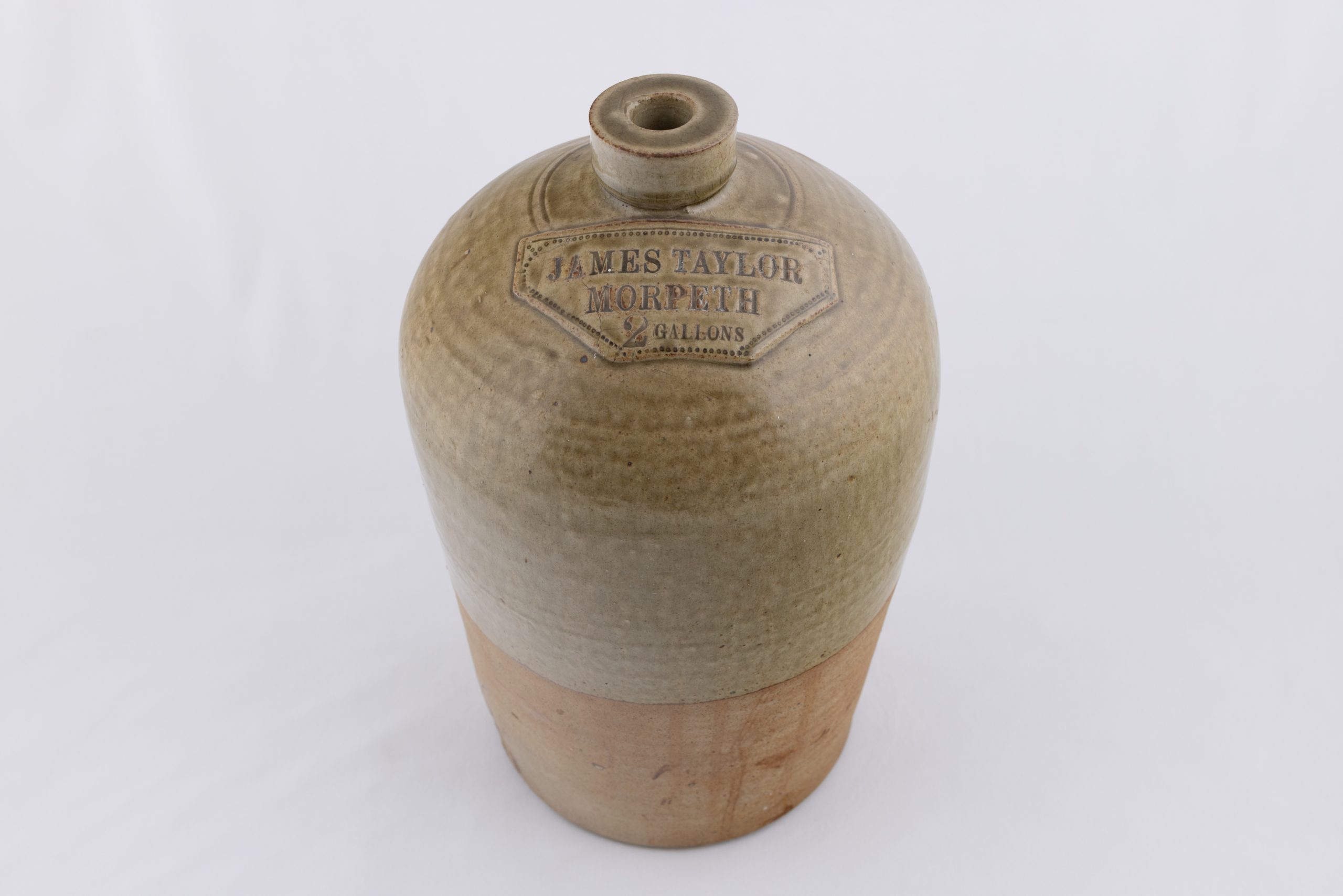 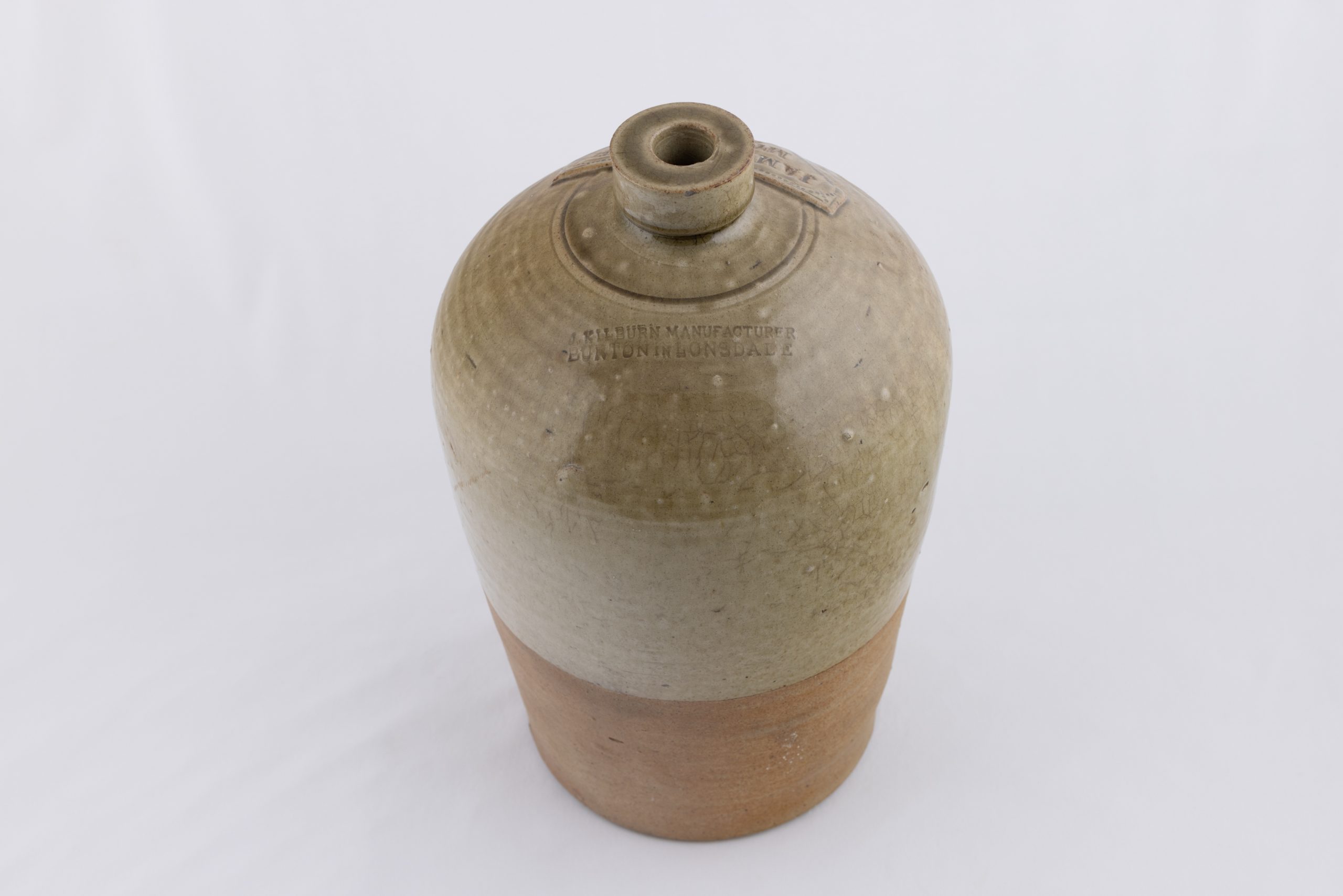 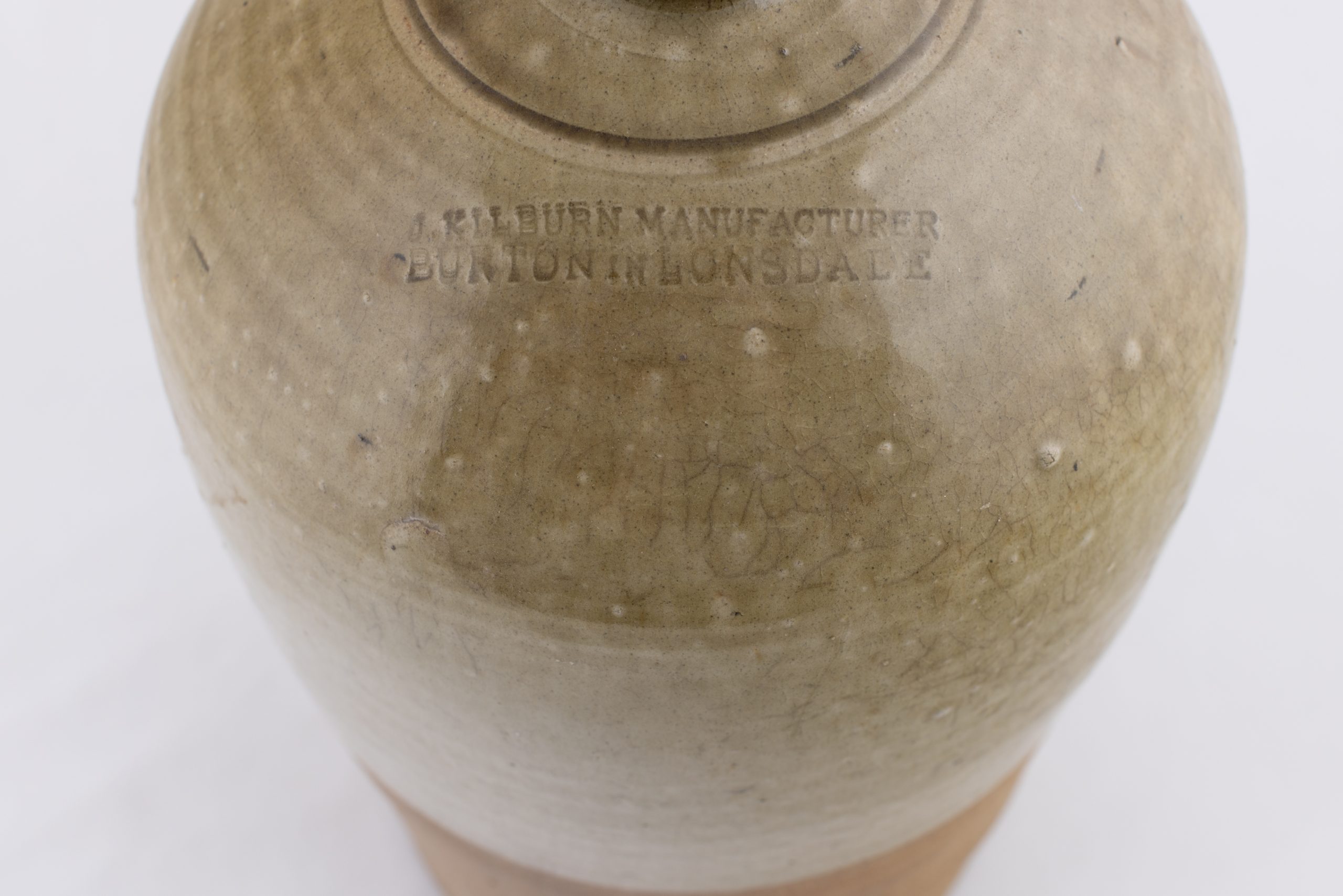 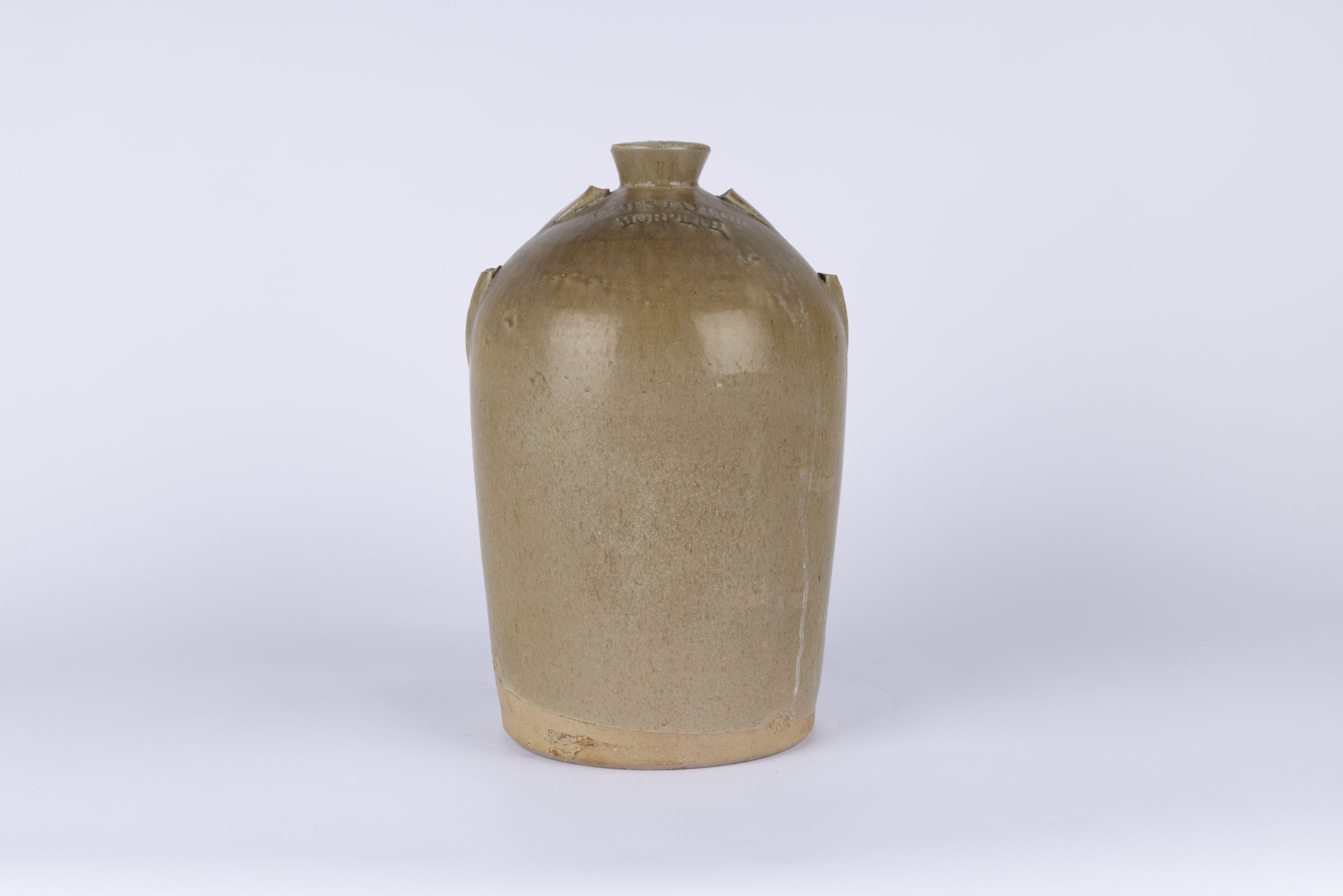 Fiona Starr for Morpeth Museum, ‘That’s for Spirits: An English Bottle Made for a Morpeth Merchant’, story date: 20 May 2022, https://storyplace.org.au/story/thats-for-spirits/, accessed on: 26 November 2022