Measuring a little over one metre tall this photographic portrait is of Charles Rasp (1846-1907), the man credited with finding silver at Broken Hill and establishing the now British-owned mining company BHP (Broken Hill Proprietary Company) in 1885. For decades the settler population at Broken Hill has celebrated Rasp as the city’s ‘founding father’, including through the adoration of this portrait, which has hung in the Silverton Gaol Museum since c. 1970.

In 1886, one year after Rasp located silver at Broken Hill he travelled to the Johnstone O’Shannessy & Co’s studio in Melbourne to pose for the picture. Photographer George Hassler took the portrait. Emily O’Shannessy, wife to George, a photographer in her own right and one of the studio’s founders, was probably the artist who ‘touched-up’ the image. By looking very closely at the portrait corrections made with dark pigment when the photo was first taken can be seen – information only recently uncovered by the portrait’s conservator.

Standing tall, and in keeping with his new-found status, Rasp is smartly dressed and rather pleased looking. After all, according to the aspiration of many European settlers in the colony, Rasp had found riches. But there may also be another reason for his apparent good spirits.

In 1886 Charles and Agnes (nee Klaversahl) became engaged after their chance meeting in an Adelaide café – was it this occasion that led to commissioning of the portrait? It was then hung in the opulent drawing room of their Adelaide mansion, Willyama – named after the area of Wilyakali Country on which the early mining town of Broken Hill was established.

Whatever the meaning behind the moment captured, it is easy to imagine the presence this big picture had in the Rasp’s drawing room, especially after Charles’ death when Agnes was left all alone in their roomy house. And it was in these lonely years – before Agnes remarried in 1914 – that the German-born South Australian artist Louis Tannert (1831-1915) used the photo to paint matching oil portraits of Agnes and Charles – which Agnes also hung on her walls at Willyama.

In 1937, after the death of Agnes Rasp, her descendants gifted the portrait to the people of Broken Hill so they could remember Rasp and his contribution to the mining town’s establishment and history. Their wish has, to date, been realised. 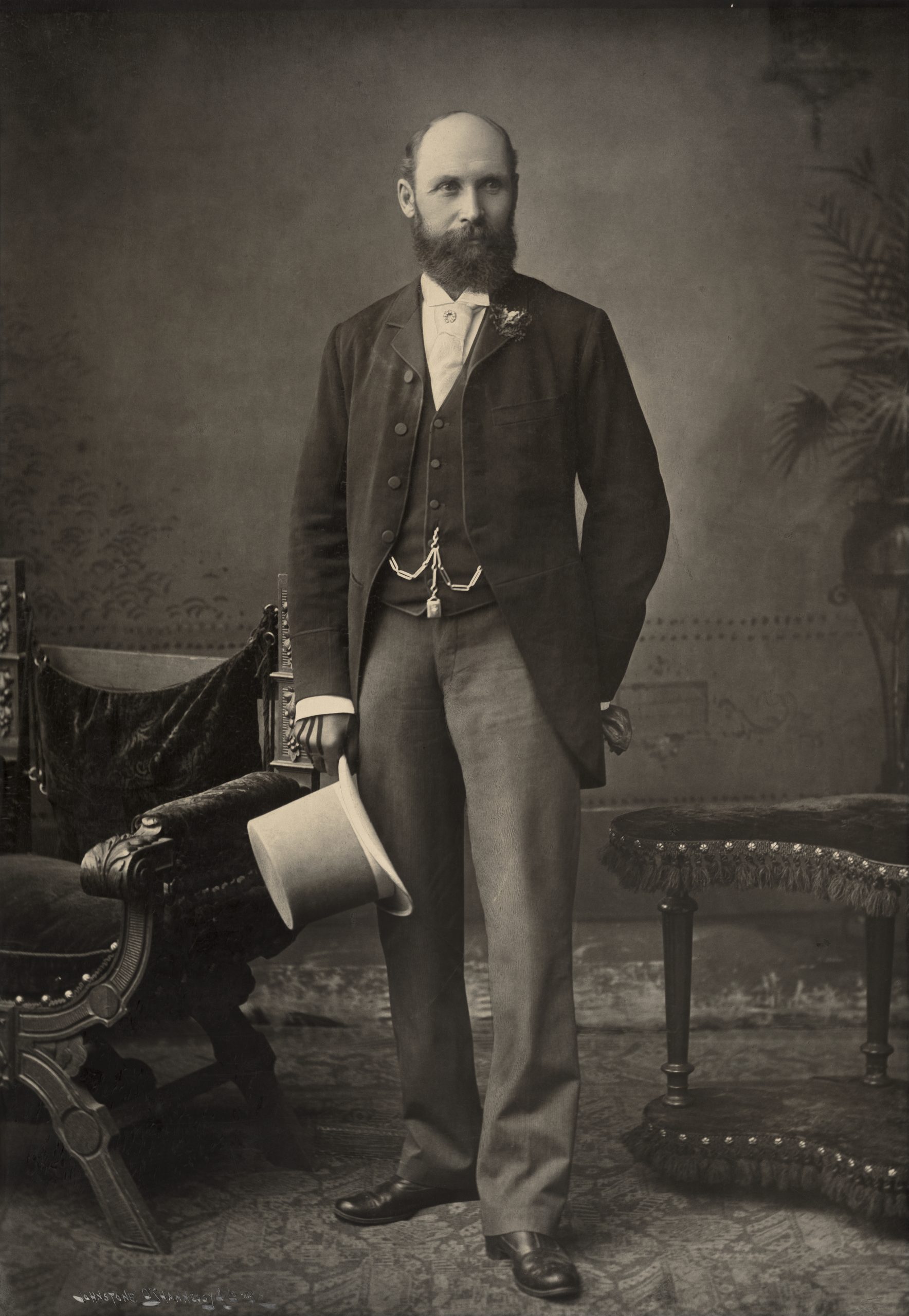 Located at Silverton on Wilyakali Country in the Far West of NSW and run by the Broken Hill Historical Society, the Silverton Gaol Museum is one of the former mining town’s main visitor attractions.

Aside from displaying numerous objects relating to the evolution of mining at Silverton and its surrounding localities and mines, the museum holds an extensive collection of objects that document the district’s community history. Displays include objects from institutions such as the Salvation Army, fire brigade, Silverton Tramway Company and schools. Photographs and portraits of historic settler families are also on display.

With mining being the region’s principle driver of settler-origin economic activity in the district, the museum has an extensive collection of objects and photos relating to the many friendly societies that established – this includes the Rechabites, Royal Antediluvian Order of Buffaloes and the Independent Order of Odd Fellows.

The Silverton Gaol Museum has operated since the late 1960s from the town’s former gaol built in 1889. 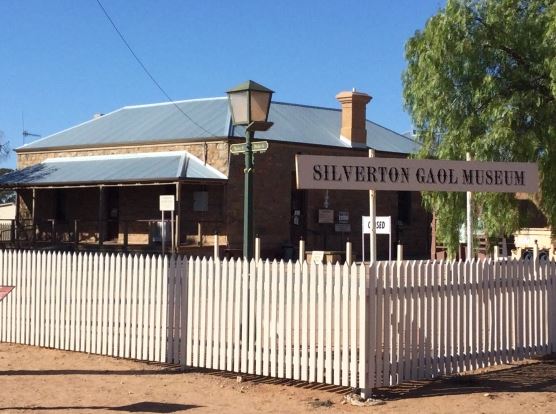