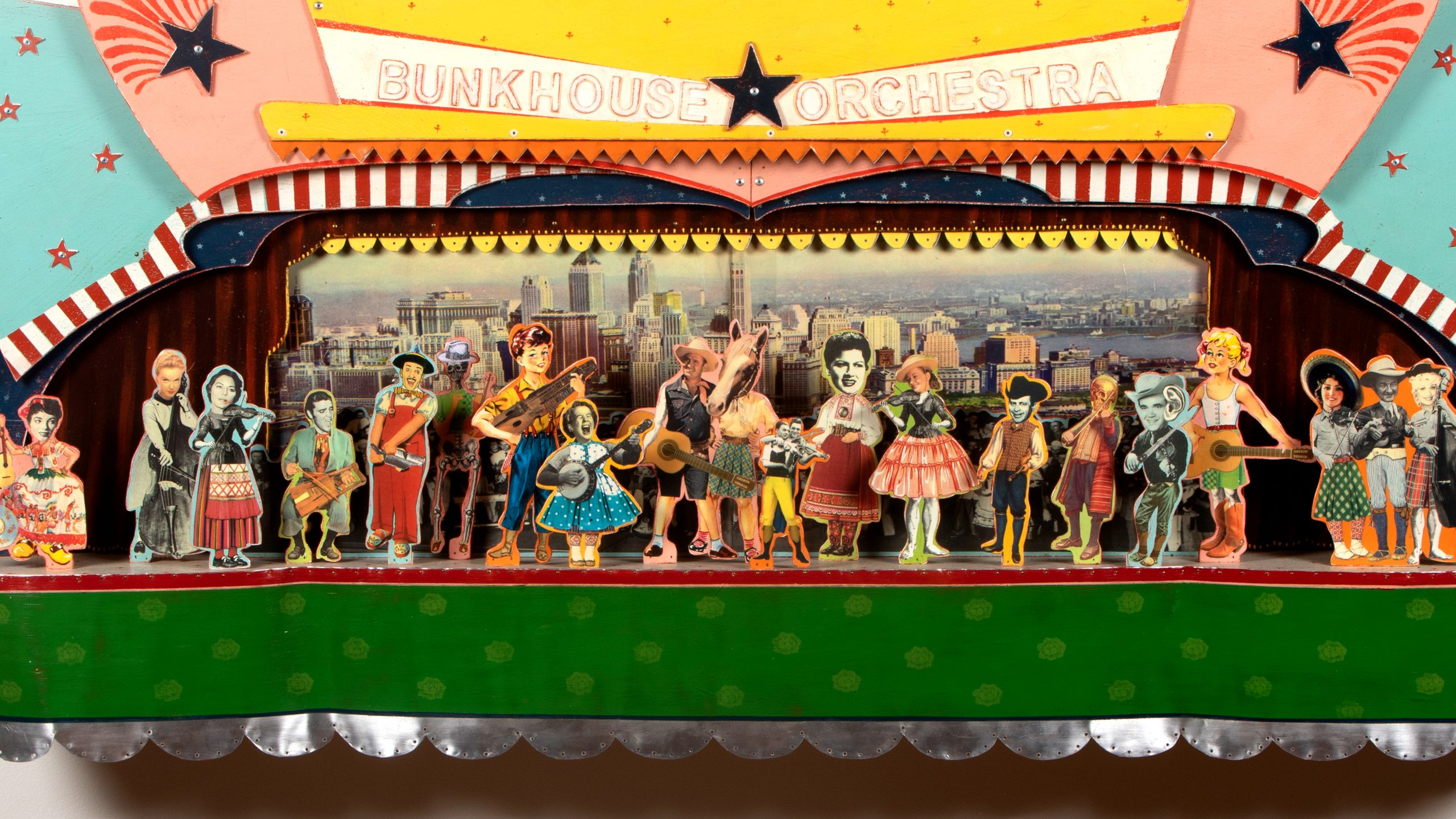 This 3D mixed-media assemblage, made from wood, fabric, paint, resin, paper, and aluminium, was created by identical twins known as The Strutt Sisters in 2012. Depicting a large group of musicians performing on a stage with a city backdrop, the colours, images, and design is reflective of the sisters’ fascination and interest in the aesthetics of the 1950s and 60s. If you look closely, you’ll see that some of the collected vintage magazine and book images go back even further.

The Newcastle based artists’ work has been described as embracing the discarded and surreal, the whimsical and the absurd. The physical mash-up of found images and colour is also a feature of their jewellery and handmade tile designs, which also feature their kitsch and whimsical imagery.

The twins’ work is a true collaboration. Catherine constructs the works while Jennifer is the painter. Both admitting that without the other, the works wouldn’t be possible. According to Jennifer ‘[t]he works would fall apart without Catherine and they wouldn’t look any good without me’.

Incredibly close, the identical twins experience the world through synaesthesia, a condition where sounds, words, letters and numbers, even smells are experienced as sounds and colours. Their work draws on synaesthesia experiences for titles, colour selection, and design.

This piece depicts the joy of performance. Its strong elements of colour and imagery is reminiscent of the many Peel Street buskers that perform during the annual and popular Country Music Festival at Tamworth. 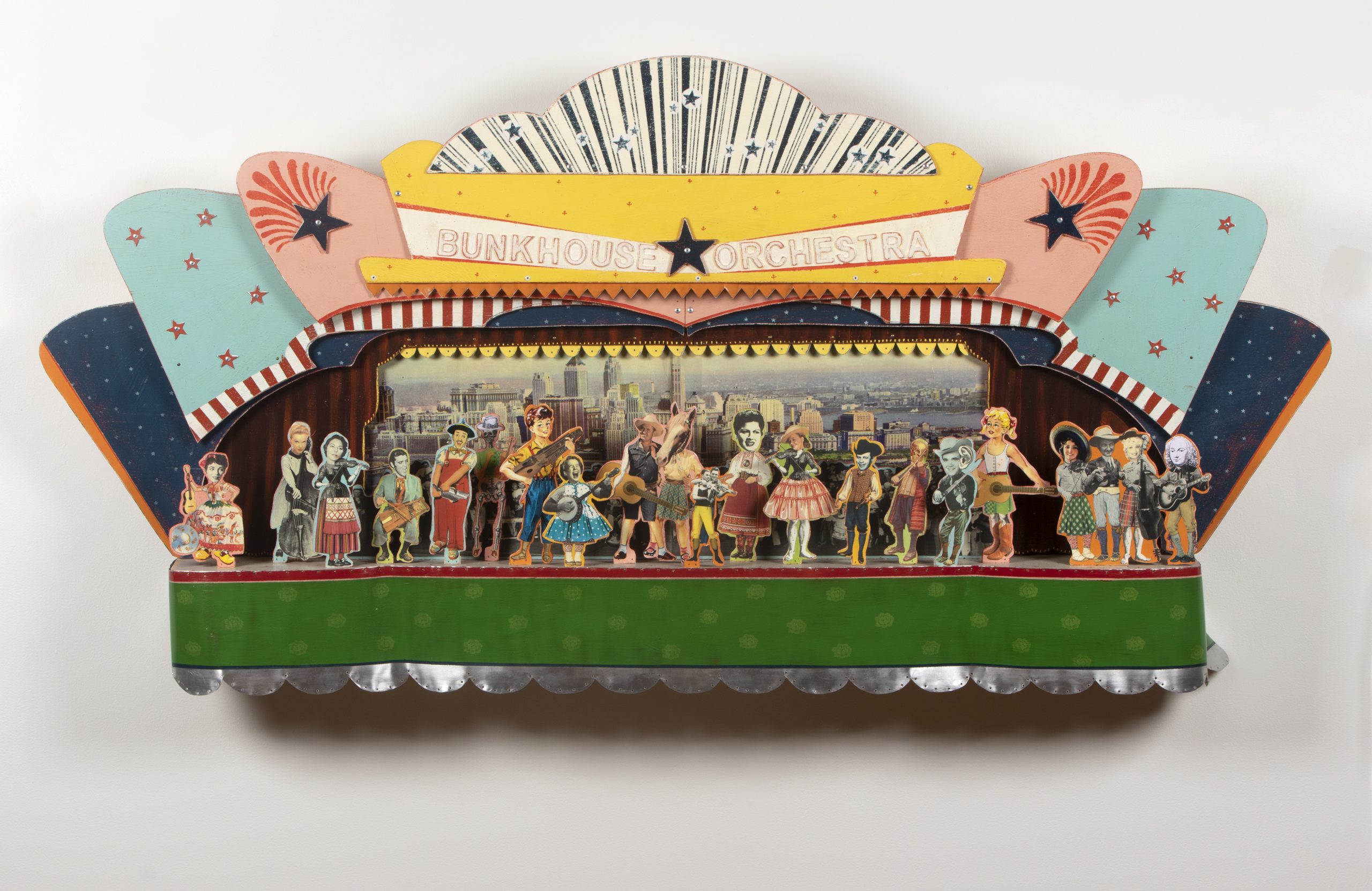 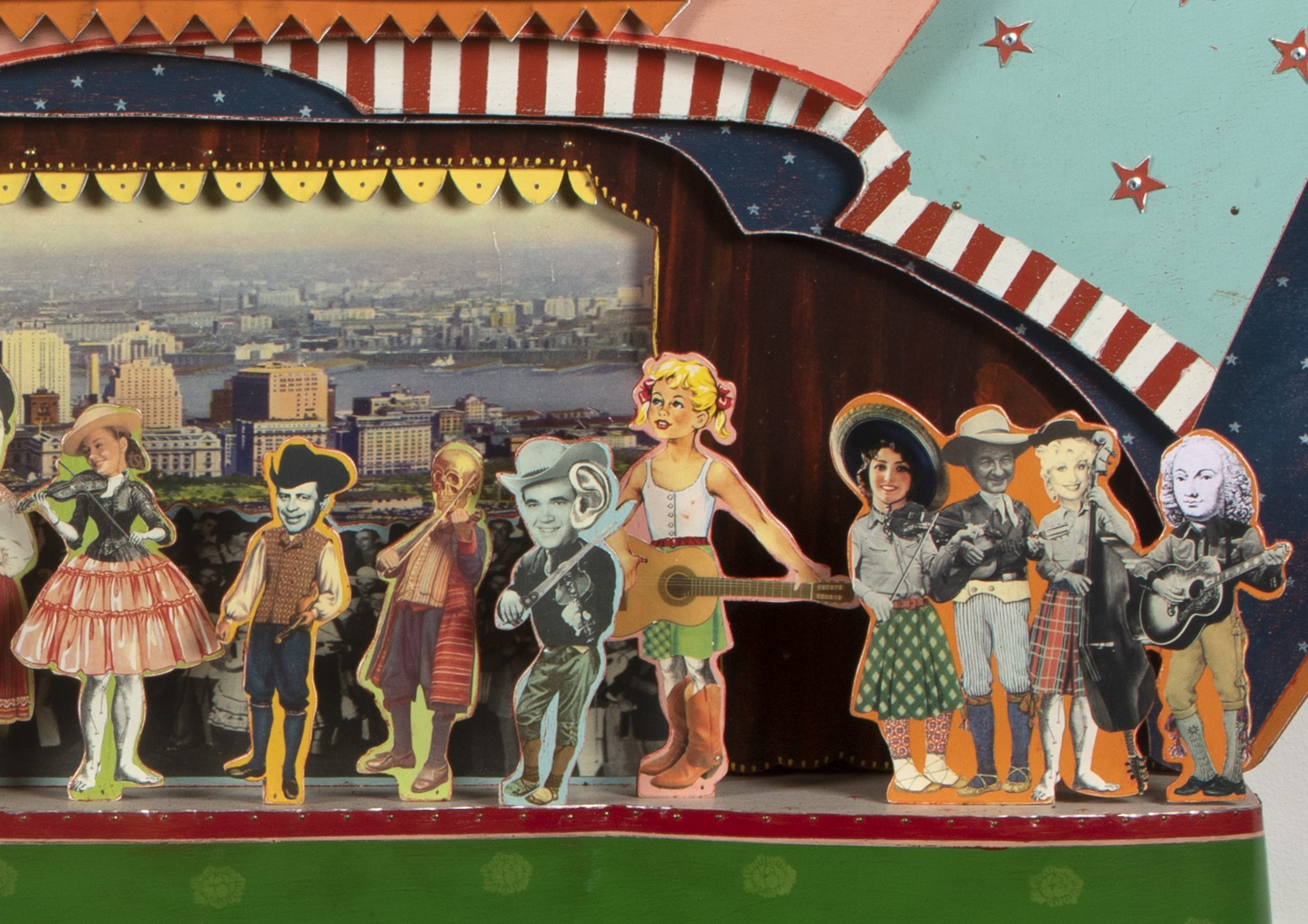 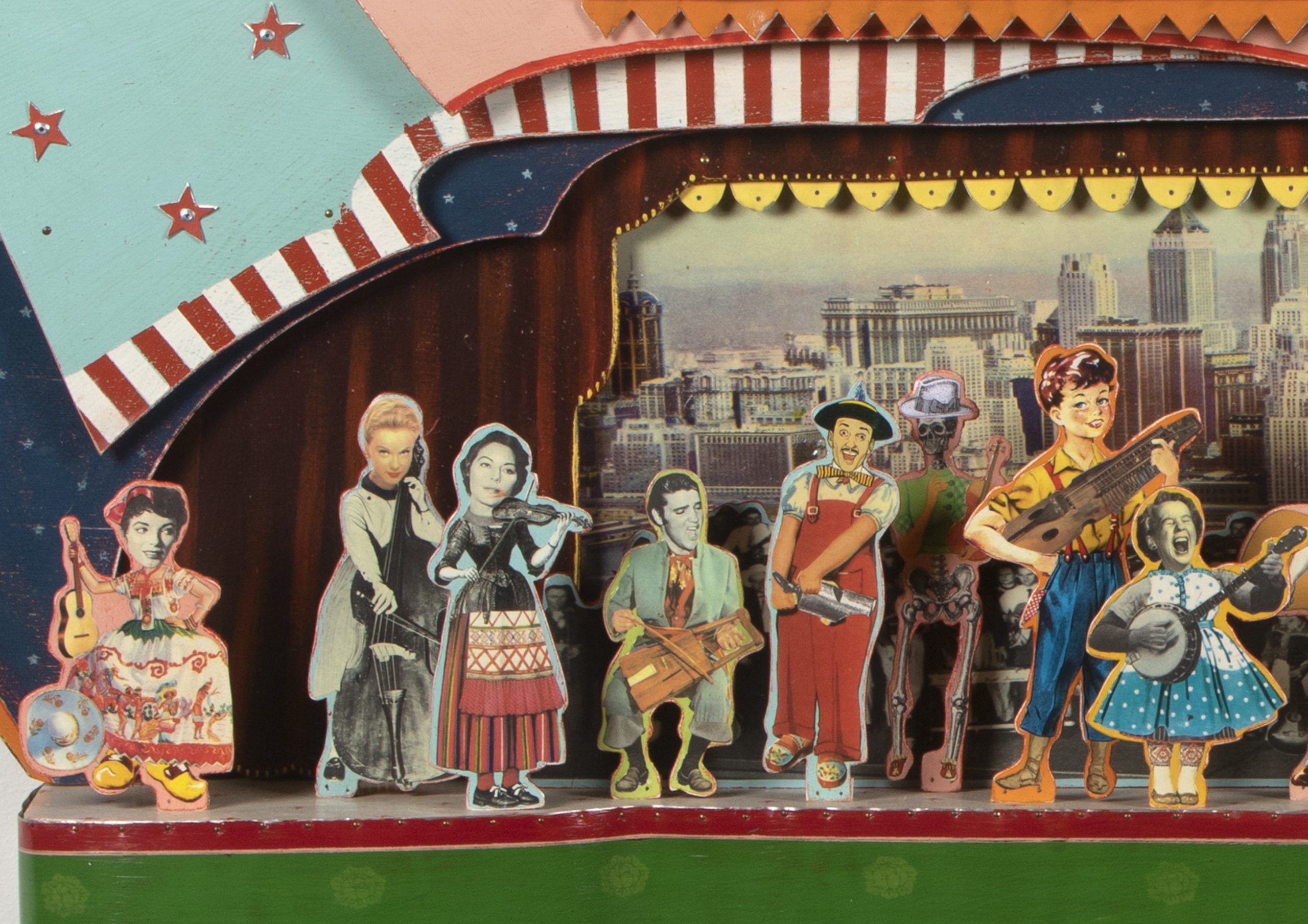