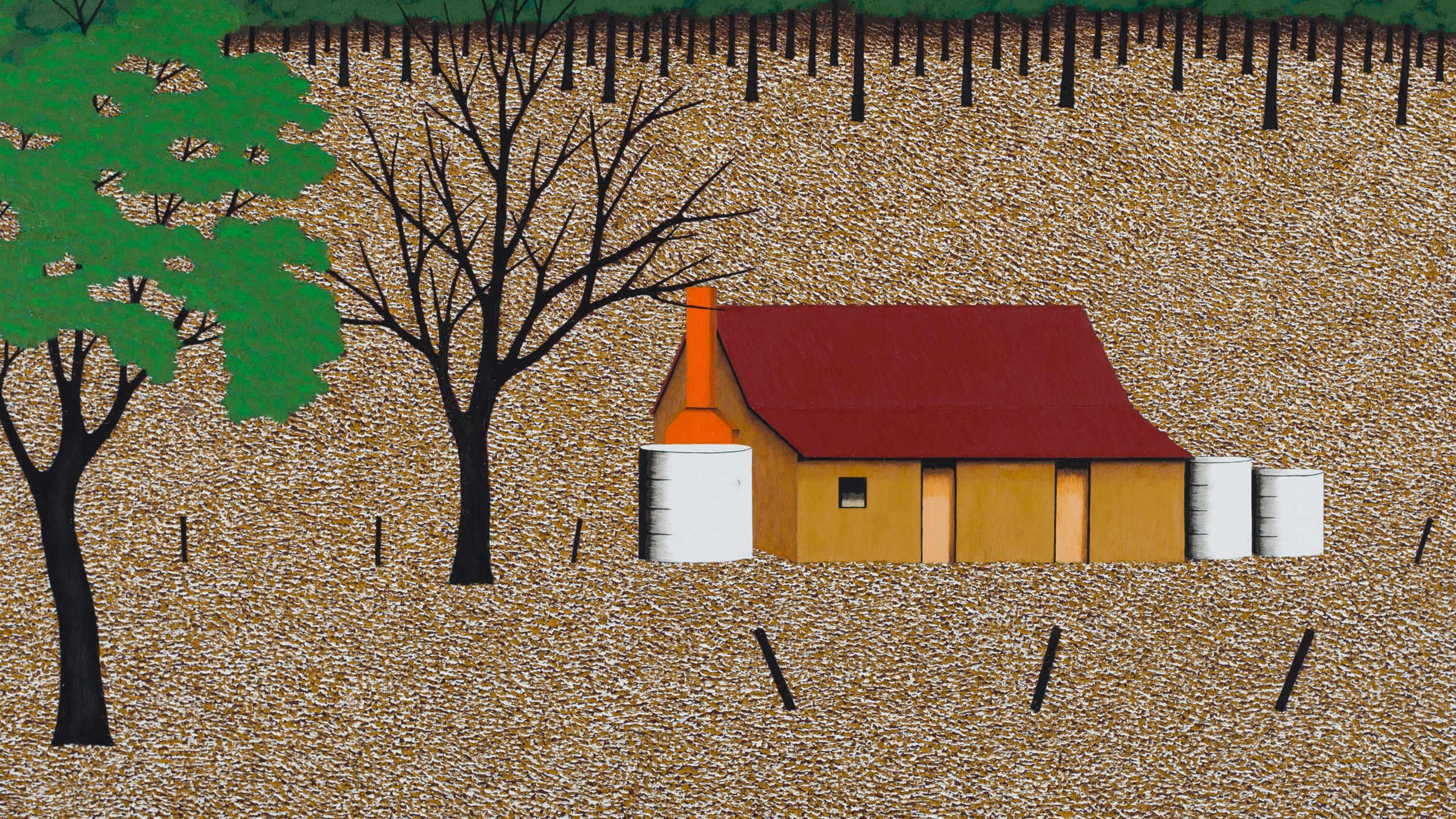 The Cows Are Gone

When Max Watters (1934-2020) was drawn to the simple beauty of this setting, the cows that once grazed the grassy paddocks at the Merton dairy, near Denman in the Upper Hunter Valley, were long-gone. Max was a lifelong resident of Muswellbrook, a twenty-minute drive from Denman. He lived his entire life in a modest timber cottage – not unlike the one he depicted here.

The ‘Murtons Dairy’ scene is un-peopled, typical of Max’s many works that were inspired by the region’s rural character. It also conveys a gloomy feeling of abandonment, but there is a gentle stillness, a sense of the lives and labour that shaped the farm. It depicts the farming landscape of his childhood, a legacy of the settler generations that came before him. It documents the changes Max witnessed in the region, including the decline of dairying from the 1950s onwards.

Max, a one-time butcher’s apprentice, coal miner and power station worker, was a self-taught artist. He began painting as a young man and in the naive style. He often painted by the warmth of his old woodfire stove in the kitchen. ‘I draw it out first, to see how it looks … it’s just flat areas drafted out and coloured in, accidently things happen.’ His older brother Frank, who was a founding member of the Muswellbrook Art Group in 1955 and co-founded Sydney’s well-known Watter’s Gallery in 1964, encouraged Max to paint. The brothers shared a lifelong love of art and the Hunter region’s picturesque landscapes. 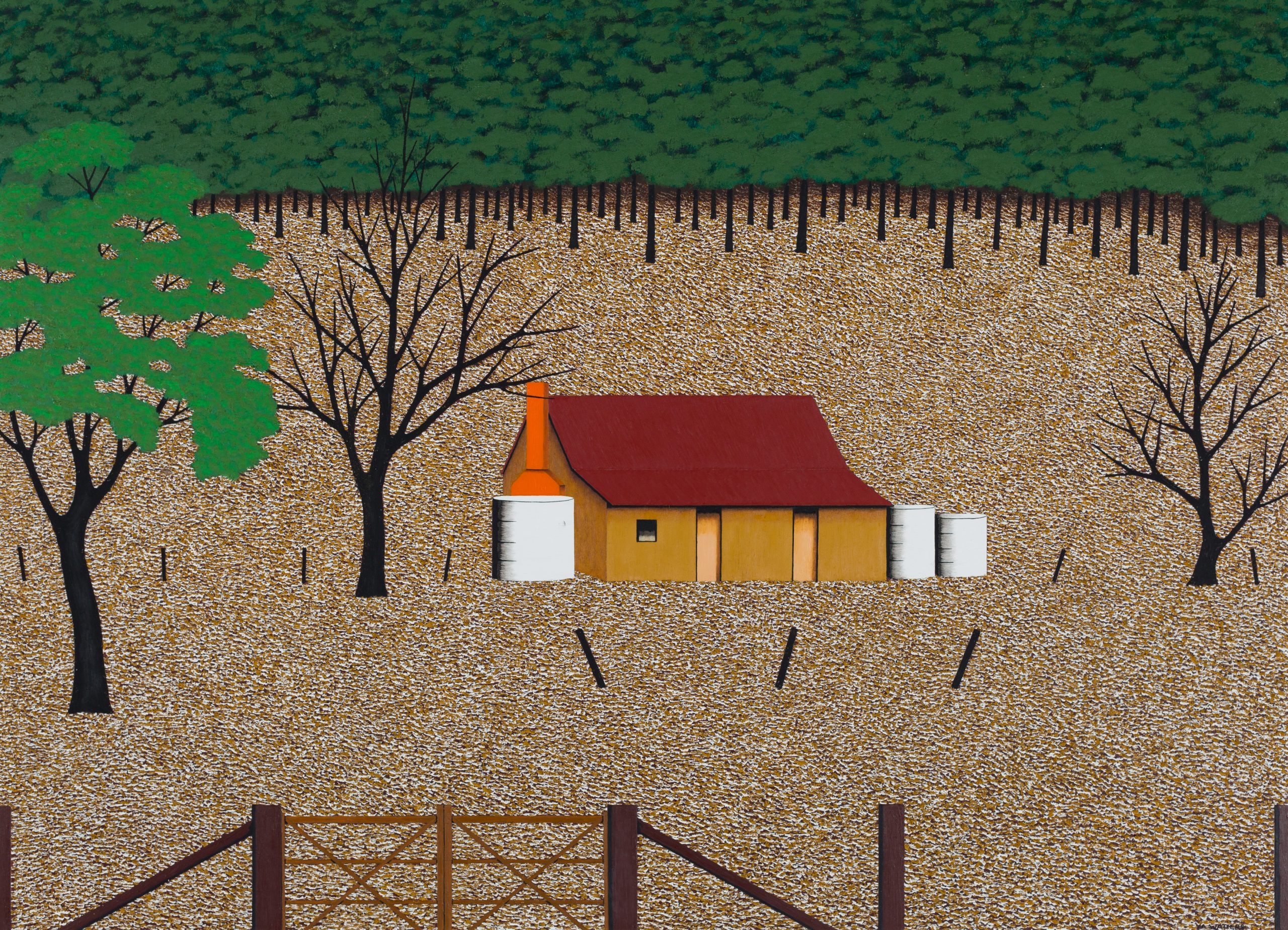