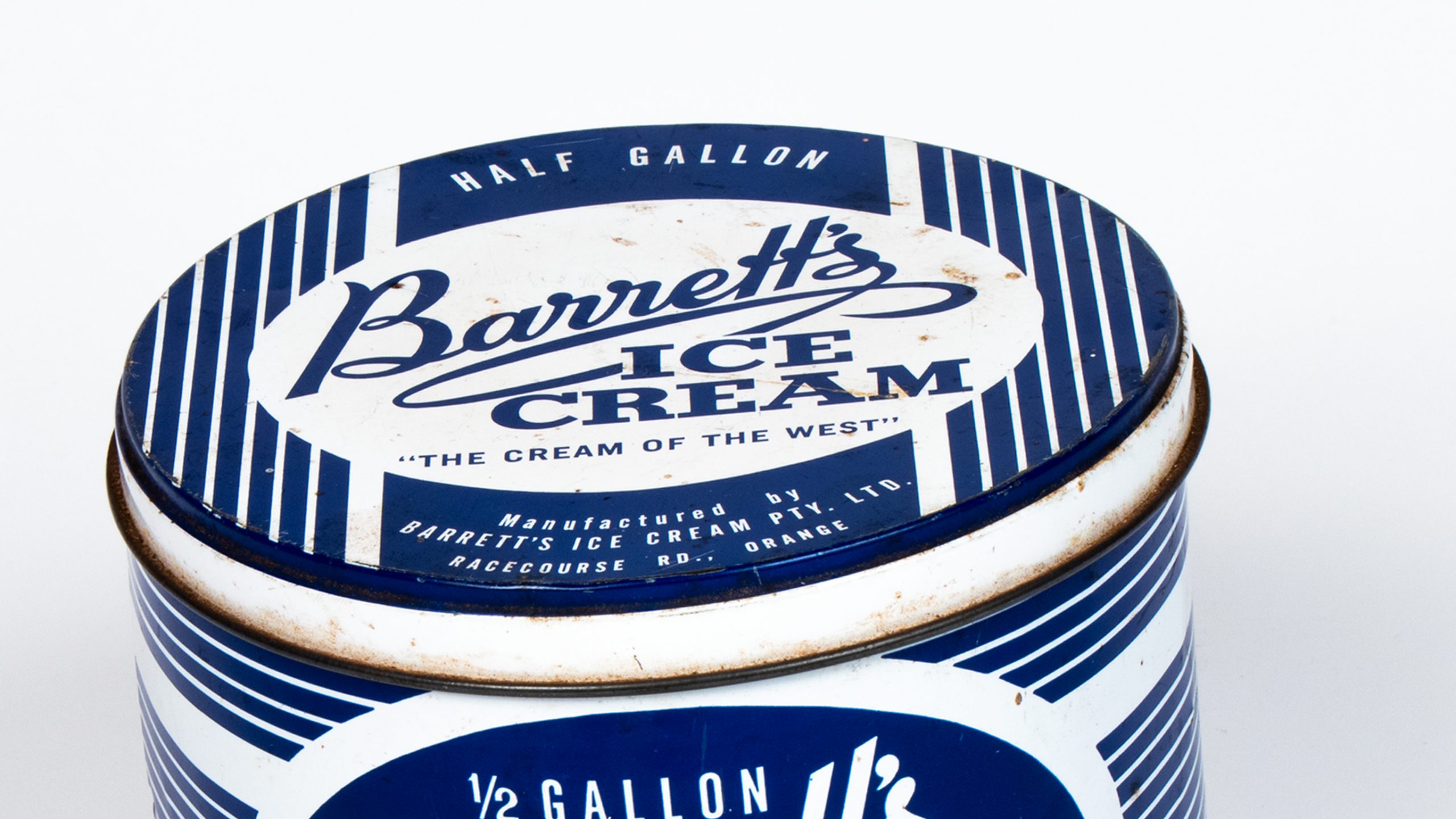 The Cream of The West

Barrett’s Ice Cream, the ‘Cream of the West’, was sold during the mid-1960s in this round blue-and-white tin. Barretts also packaged their ice cream in a waxed, rectangular cardboard container known as ‘The Brick’. For obvious reasons, this once-familiar packaging has not survived.

Barrett’s Orange-based ice cream business was founded by Walter E. Barrett in the early 1900s. It lasted for the best part of a century and spanned three generations, up until 1969 when it was sold.

The story of Barrett’s ice cream that connects Orange with the world is one of technological advancement. Walter followed the example of his father, Thomas Barrett, who founded the Great Western Aerated Cordial Factory in 1880, six years after first settling in Orange. Up until the late nineteenth century, ice cream was mostly made at home by Australia’s migrant families. Commercial ice cream was yet to become widely available.

Walter first dabbled in ice cream manufacture in the early 1900s as a sideline to his business in ice making and cold storage. Walter’s keen interest in advances in refrigeration technology, on which commercial ice cream production depended, took him to the USA in 1905.

The next generation took over in 1945, marking the end of WWII. Walter’s son Tom assumed responsibility for the expanded manufacture of what became known as Barrett’s Ice Cream. Tom bought milk from local farmers to make the ice cream. In the early 1950s, Tom’s brother Greg took over the ice and cold storage division and began his own profitable line in frozen vegetables. The brothers, both pilots, distributed their products to the greater Central West by plane.

The end of the thee-generation dynasty of Barrett entrepreneurs, who pioneered the modern manufacturing of soft drinks, ice cream and frozen vegetables from a base in Orange, came in 1969, when the ‘Cream of the West’ was sold to multinational company, Peters. 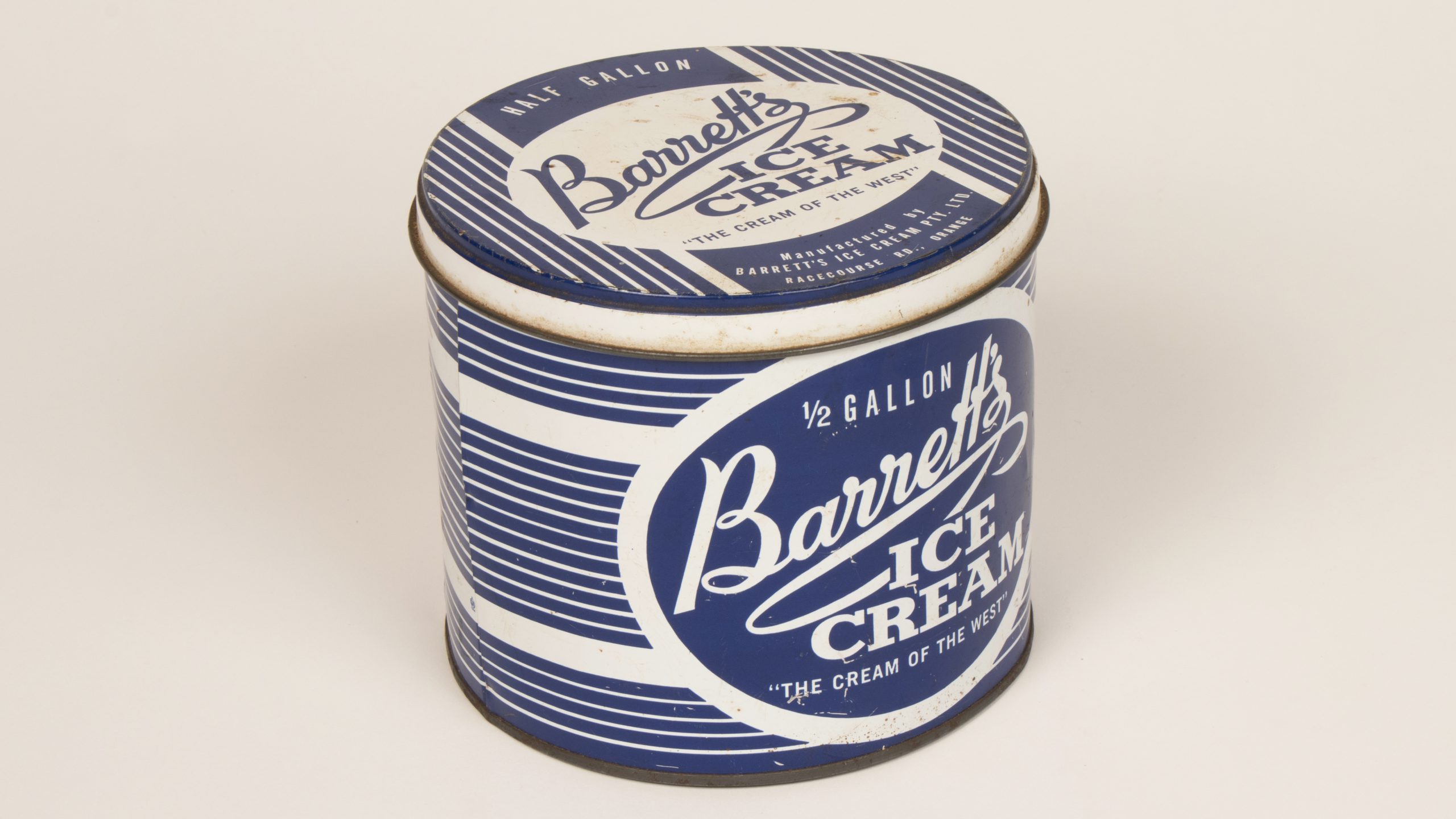 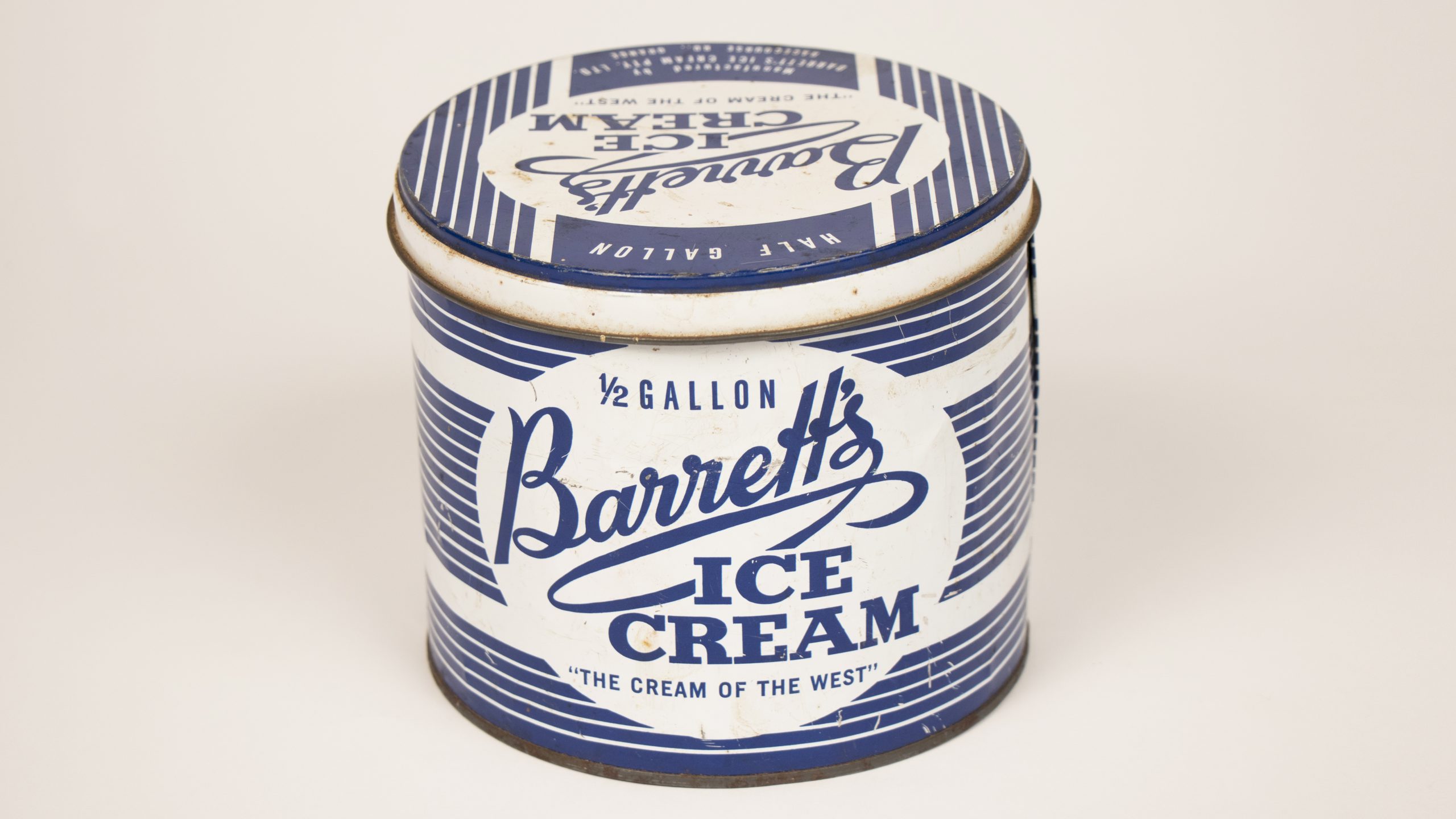 Personal communication with Wendy and Peter Barrett of Orange and the Orange Regional Museum. 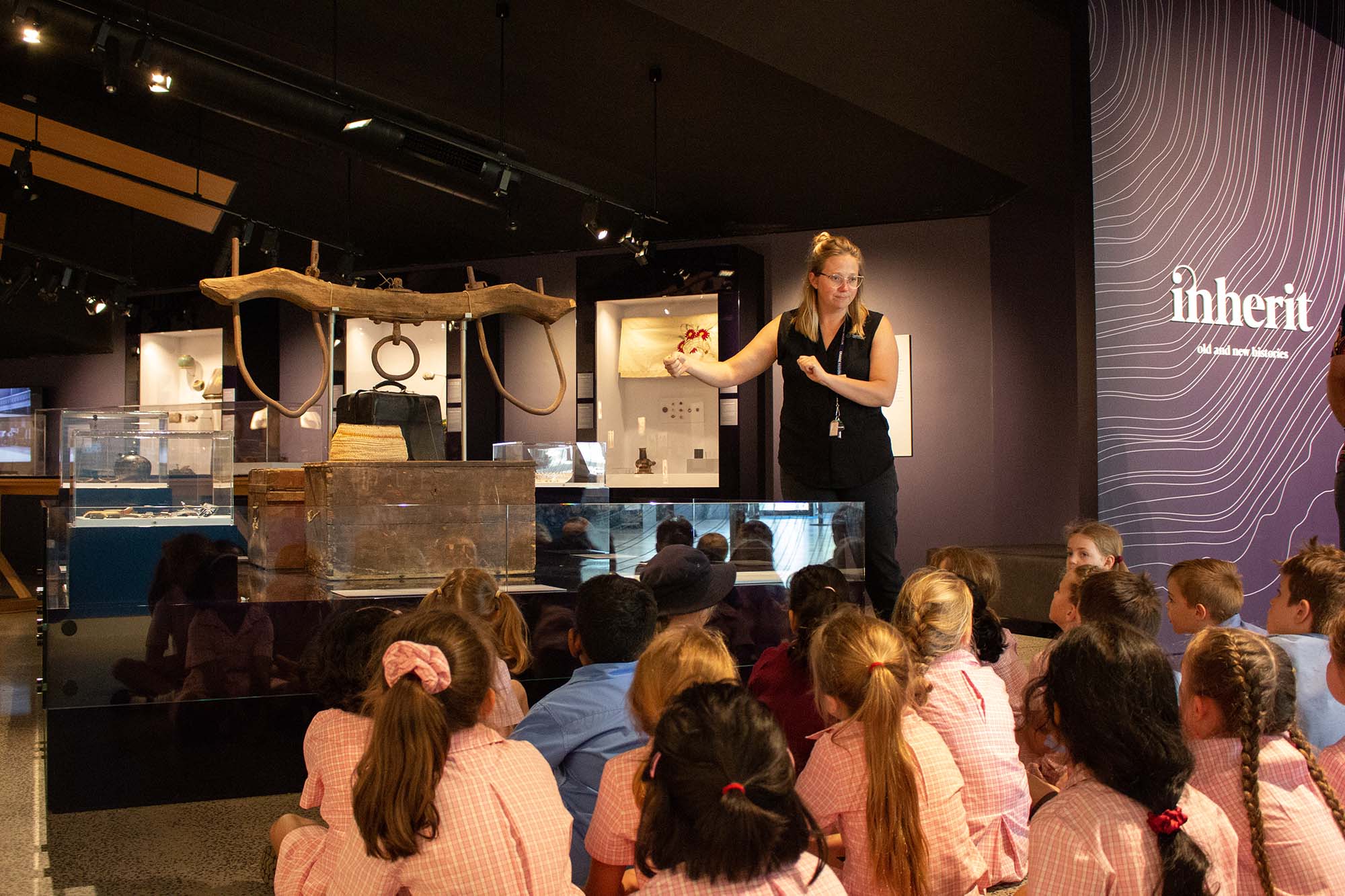