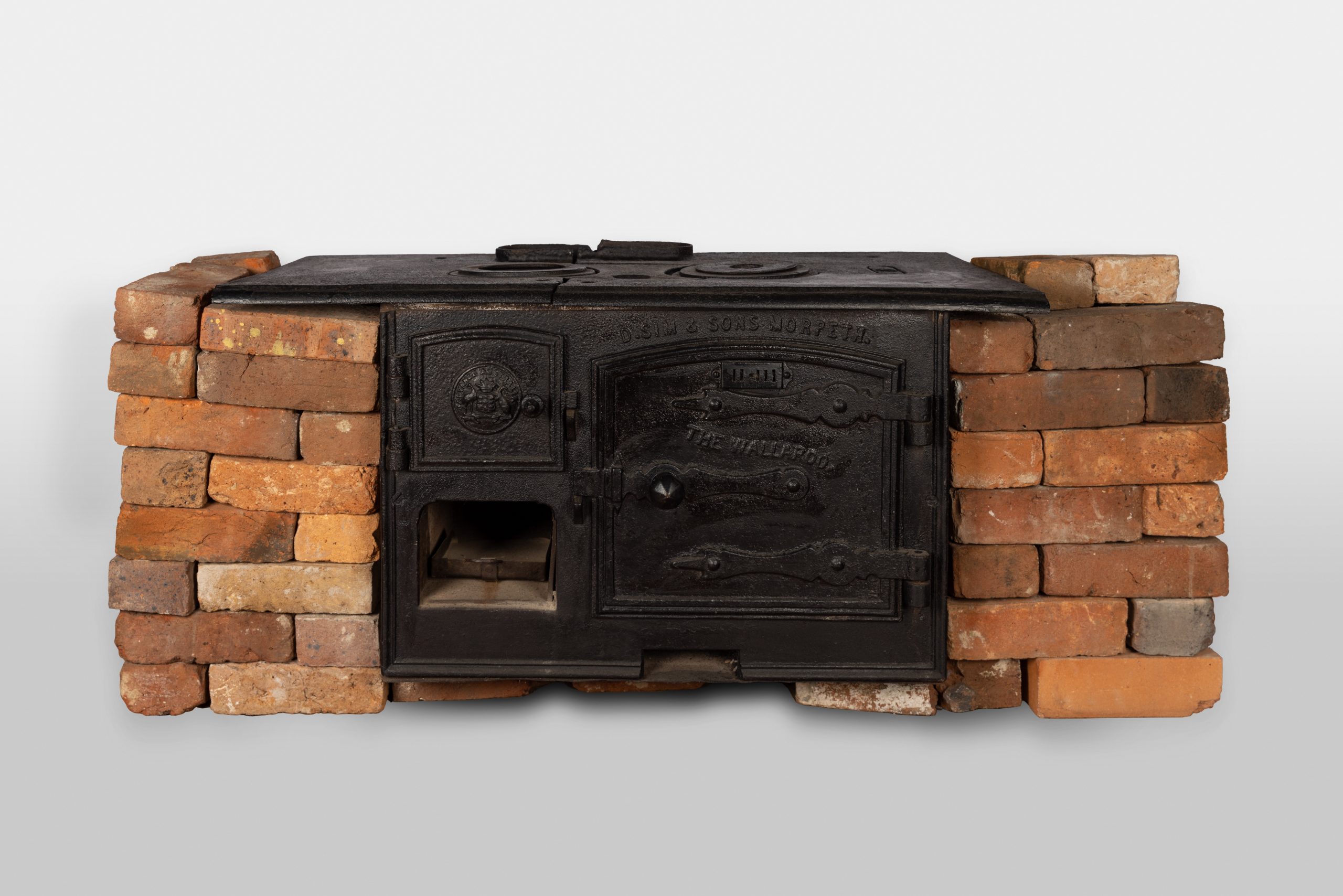 The Heart of the Kitchen

In someone’s kitchen, from about 1900, a hearty stew may have been bubbling in a cast iron pot on the hot plates of this stove. Perhaps a loaf of crusty bread was also baking in its oven on the right, and the cook, most likely a woman (since at the time cooking was considered women’s work), may have pulled her chair closer to warm herself from its wood fire. Her identity is no longer known, but it’s enticing to imagine the wholesome meals she cooked on it and how it made her kitchen a slightly smoky, though cosy place to linger in winter, and probably not quite such a comfortable place in summer.

Before electric and gas stoves and ovens became available, sturdy cast iron cooking stoves were the centrepieces of most kitchens. This ‘Wallaroo’ stove was built by Duncan Sim (1818-1892) of Morpeth, who was an engineer, trusted businessman and local politician. His foundry, D. Sim and Sons, designed and made stoves, iron work, wagons, farm machinery, wine presses, baths and laundry coppers. Their decorative iron can still be seen on houses in Sydney and the Hunter Region, and their wine presses and machinery at wineries in Pokolbin.

In 1866, Sim exhibited his wares at the Hunter River Agricultural and Horticultural Association’s exhibition, including a cooking stove of ‘very superior workmanship’, featuring an innovative pipe to carry steam out of the oven. Named after the wallaroo, an Australian macropod, this stove was exhibited, along with its counterpart the ‘Wallaby’, at the 1906 Maitland Show. 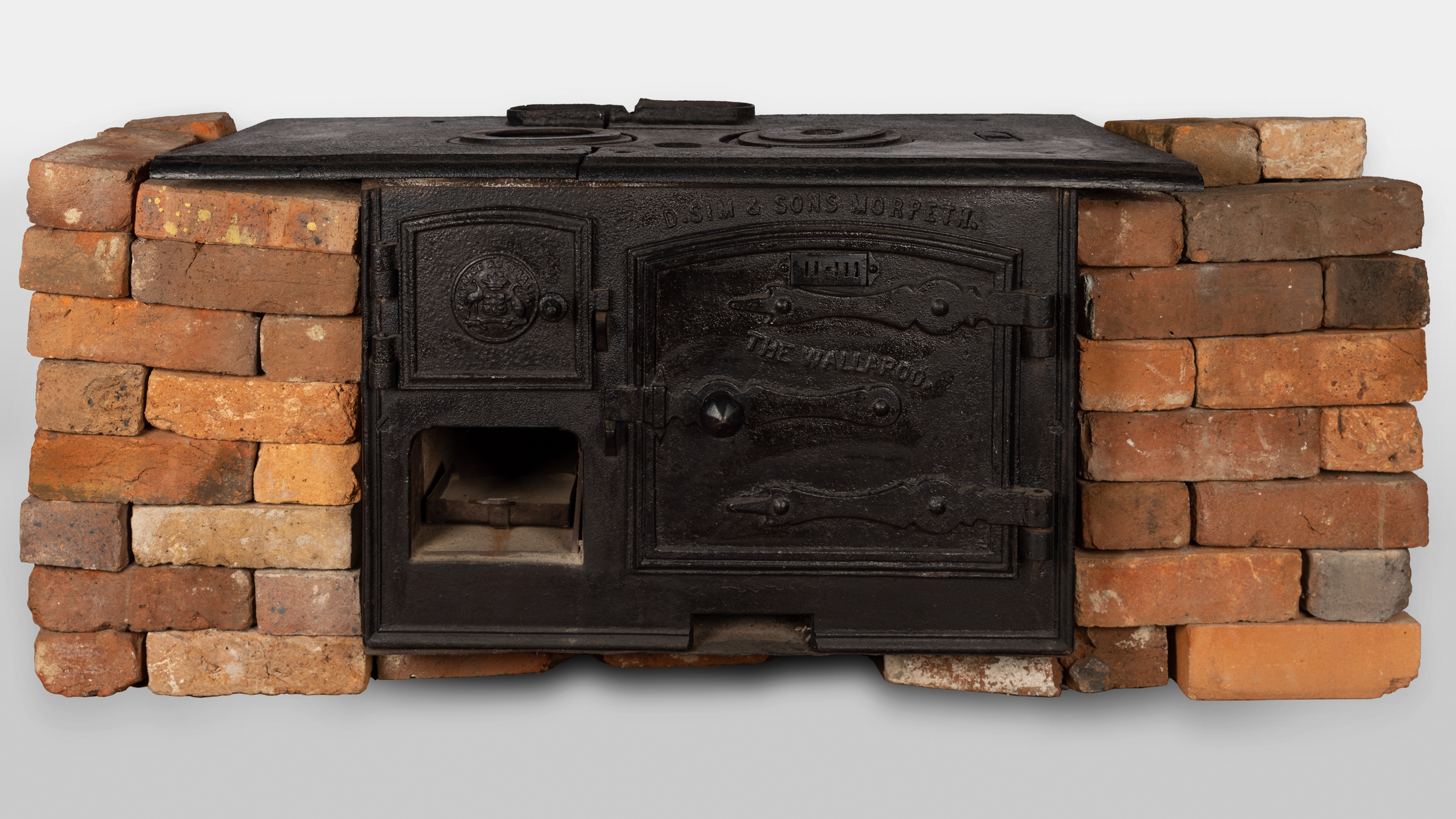 Biographical and other background information supplied by Morpeth Museum.